If you are an Osmosis user you know that we delight in references that are intrinsically interesting and have the (very) beneficial side effect of improving our retention. Since we’re about to enter January, did you know that the month is named after Janus, the Roman God of beginnings and transitions? This is a picture of him; note how one face is looking to the past and another to the future.

We at Osmosis want to channel our inner Janus and reflect on the highlights of an amazing 2013 as well as look towards what should be an even better 2014. Neither of these years would be possible without our Osmosis Users, so for this we thank you. As always feel free to get in touch with us if you have any questions, comments, or suggestions. Happy New Year!

- Shiv, Ryan, and the Osmosis Team

From side project to (DreamIt) startup

As many of you know, we began developing Osmosis as a side project while at Hopkins Med. We launched it in January 2012 to enable our class (Med15) to crowd-source practice questions. Its popularity exceeded our expectations when over 75 percent of the class began using it regularly and within a few weeks we were hearing from students at Columbia, Northwestern, and Tufts who wanted to bring it to their schools. Over the course of 2012 we continued adding features such as the ability to add images and videos as well as our distinctive scoreboard (and logo), and our vision for Osmosis evolved from a crowd-sourced question bank to a transformative way to learn and retain information.

In early 2013 we were accepted into a unique startup accelerator in Philadelphia called DreamIt Health. We knew this was our chance to bring Osmosis to the next level through mentorship, dedicated time, and seed funding. It was one of the best decisions we made because not only were we welcomed into the impressive and extremely helpful DreamIt community, but over the course of the incubator we were able to grow our team and develop our iOS app. It was during that time that we became a true startup, growing from just over 200 users to more than 6,000!

In addition to our core team members (Ryan, Shiv, Malcolm, and Allison) we have interacted with more than 40 other people, ranging from professors of machine learning to student interns who were born to be entrepreneurs. Each week we continue to receive applications from people who want to work with us, which is a nice position to be in because it in part validates our mission.

We’re also proud of our growing network of Osmosis Ambassadors, which now reaches into the 60s. They have done a tremendous job explaining our vision, for example that we are not “another test prep” company, but instead represent a paradigm shift in how we learn.

Demo Day and the Launch Party

Our DreamIt accelerator experience culminated in two big events: (1) Demo Day, where we received an overwhelming amount of interest from potential partners and investors, and (2) the Osmosis Med app launch party, which was an inflection point in our growth (it also led to our iOS app being listed as one of the top 100 free education apps on the iTunes store in August) . These were two of the single most memorable days in our young history. We look forward to making more memories in 2014.

Release of the Preclinical Foundations Pack

We released our Preclinical Foundations Pack on October 1 and were excited by its rapid acceptance. It was an extension of our overall vision and philosophy: that is, to promote lifelong learning and retention, and to do it for a reasonable and appropriate amount. The response has been overwhelmingly positive. We’ve learned that you love the detailed images, videos, and mnemonics; that the clinical vignettes, which often incorporate fictional patients like Ron Weasley and Peeta Mellark, help you remember more; and that the push notifications and convenient app have changed your daily habits so that reviewing has become second nature.

In November we reached another major milestone: more than one million questions delivered! Not bad for having only launched in August. This is a tremendous data set that we have been analyzing to see how we can further improve Osmosis. Of equal importance, it is a manifestation of our vision and testament that what we are building is definitely needed. Thank you, Osmosis Users, for bringing us to this point.

2013 was also a year filled with acronyms. We had presentations accepted at two major medical conferences: the Association of American Medical Colleges (AAMC) and the American Medical Association (AMA). The AAMC presentation was also made available online through their MedEdPortal website. In addition we picked up a major partner in the American College of Physicians (ACP), whose CEO as well as Vice President for Medical Education serve on our Clinical Advisory Board. Look for many more acronyms in 2014.

With its fresh approach and grand vision of learning, Osmosis made quite a few appearances in the media. Here’s a recap of some our major inclusions:

In summary 2013 was a roller-coaster ride that was filled with memorable experiences. In between work we also made sure to have some fun, from Osmosis M&Ms and Halloween Pumpkins to Launch Parties and Birthdays. We are excited to see what 2014 has in store for us!

On the topic of magic: though we do not want to divulge all of the tricks we have up our sleeve, here are a few of the things that we are excited about for 2014. 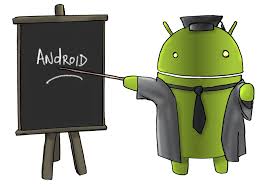 We’ve heard you, Android users. It really hit home to us that we need to release an Android app when a medical student from Sudan - now an active Osmosis Ambassador - contacted us to ask when she could use it on her Android device. This is one of our priorities in the first few weeks of 2014 so rest assured that you will soon be Osmosing on Android.

Many of the Osmosis Ambassadors have gotten a sneak peek of the web platform already and, like us, are really excited by its potential. We think it will be a game-changer for how medical students study Osmose. The schools with Osmosis Ambassadors will be getting it first, so if you want early access consider applying to be part of our inner circle. That is all we’ll say about this for now.

In the first few months of 2014 we’ll be making a few major partnership announcements, which means more questions and resources. So whether you’re preparing for Step 1, shelf exams, or something else we will hopefully have you covered!

We’re excited to announce that our first peer-reviewed paper in a major journal will be coming out in early 2014. As we described earlier, Osmosis generates a ton of data th
at is a veritable goldmine for educational research. We expect to have a few more papers for those of you more academically inclined. If you happen to be interested in medical education, neuroscience, or research in general feel free to contact us because opportunities to publish with us abound.

Our first blog post alluded to the concept of the “Smartphone Physical” that Shiv founded and which Ryan worked on as well. In addition to its anticipated impact on the practice of medicine, The Smartphone Physical has great potential for improving medical education as well and thus may collaborate with Osmosis towards this end. If you like using your smartphone you will not want to miss out on this!

Wow, that was even more than we expected when we began writing this post. If we had to summarize the above post in one Haiku, here’s what we’d say:

so far already, but we