In today's COVID-19 Stories from Around the World blog, Osmosis Scriptwriter Dr. Victoria Silvia Recalde provides context on the COVID-19 pandemic in Argentina: how and when the virus first arrived, how many cases have been diagnosed so far, and which measures have been taken to try and control the situation.

Argentina is one of the countries that was lucky enough to have a relatively late arrival of COVID-19. This may have been a key factor in preventing the rapid spread of the infection, but it’s up to the government and the people to capitalize on that advantage and ensure it continues to be effective.

On March 3, 2020, 63 days after the first cases were appearing in Wuhan, China, Argentina reported the first case of COVID-19, a 43-year-old man who had come to the country from Italy. Two days later, the second case was confirmed, and two days after that, on March 7, Argentinians learned the sad news that COVID-19 had taken its first victim in the country, a 64-year-old man who had recently visited France and had several comorbidities including diabetes and hypertension.

By March 11, the number of cases had risen to 21; at that point, 100% of the known cases were imported cases. The next day, the first cases of local transmission began to appear, and the number of new cases per day also began to increase. By March 23 (just 20 days after the first case) 266 people had already been diagnosed with COVID-19, of whom four (all older than 60) died.  On this same date, the first case of community transmission has been confirmed. 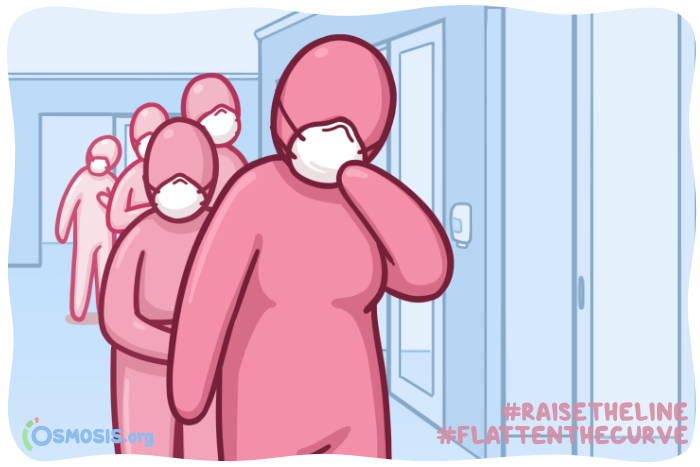 Measures taken to flatten the curve

The Argentinian government had a two-month head start to see how the virus behaved in other countries and observe which measures were most effective in preventing the quick spread of infection. Thanks to these observations, the government was able to take preventive measures in an attempt to flatten the curve.

The first aim was to detect possible cases at airports. As local transmission became apparent, health hotlines were set up so that people wouldn’t head directly to hospitals or clinics in case they had symptoms. Soon, as in many other countries, museums and theatres were closed, and shows and sports events were suspended. By March 15, the president announced that classes would be suspended, and the entrance of foreign citizens to the country would be prohibited.

Soon after officially shutting the borders to other countries, Argentina also started to close provincial borders within the country as well. Many long-distance buses have suspended their services, and city buses have been mandated to carry fewer passengers than usual. On March 18, it was decided that 8 new emergency hospitals would be built to raise the line of the country’s healthcare system, and a special Coronavirus COVID-19 Unit was established to decentralize and improve Argentina’s COVID-19 response.

The only thing citizens have been asked to do is stay home, unless it was absolutely unavoidable. Sadly, a lot of people haven’t respected these guidelines.

By mid-March, responding to people who were not fully aware of the seriousness of the matter, the government decided to establish a total quarantine, although it's a wonder they didn’t do it sooner!

One reason the government was a little slow to act is that Argentina was already suffering an economic crisis before COVID-19 arrived. The impact of a total quarantine would only deepen that crisis, increasing the poverty rate and mortality rates, and that’s without factoring in COVID-19! Think about it: a total quarantine for COVID-19 already poses a huge risk to the comparably stable US economy—imagine what it could do to Argentina’s fragile economy? On the other hand, a progression of the infection rate and the inevitable increase in cases if quarantine wasn’t established would completely collapse the health system.

Finally, on March 19, a total quarantine was decreed. People are now obligated by law to remain home, and therefore, to remain safe. At first, quarantine was scheduled to last until March 31, but so far it has been extended twice.

Currently, Argentina is on lockdown until April 26, with only essential businesses like pharmacies and supermarkets remaining open. Now, we can only wait and see what news Monday will bring.

Dr. Victoria Silvia Recalde is a recent medical school graduate from the Universidad Nacional del Nordeste in Argentina. Her hobbies include listening to music, watching TV, playing field hockey, riding her bike, and traveling. She plans to specialize in Ophthalmology. Currently, she’s taking a gap year to travel—no such luck!