Narrative Medicine is a practice that involves physicians documenting their clinical experiences in story format. By looking at their work through a narrative lens, clinicians are able to build empathy with patients and engage in creative self-reflection that can be very healing.

Today on the Osmosis blog, we're sharing a piece of narrative medicine by one of our voiceover artists, Darren Miller II, who also happens to be a medical student at the University of Illinois at Chicago. Darren took a narrative medicine course as one of his school's COVID-19 electives, and found it to be a wonderfully cathartic outlet to begin telling stories and processing his student experience.

To Dr. Anna Maria Gramelspacher, for your encouragement and enthusiasm in helping me to rediscover my literary voice in this new phase of my personal and professional life, I thank you.

Stepping off the train, the whipping Chicago wind was an immediate reminder of the changing seasons. Spring and summer had also whipped by this year, a flurry of learning and experiencing and failing and thriving. First surgery, then family medicine, and OB/GYN. Now, pediatrics. The first two weeks of general service had gone as expected: I smile, I take notes, I stumble, I fall, I find my groove, and eventually I contribute. Now I had to do this again, but with sicker patients. It was my first day of pediatric hematology and oncology. So with my “get-hype” music blaring through my headphones and my coffee in hand, I stepped out of the train station and onto the sidewalk. Although it was 6:30 AM, I was surrounded by a sea of scrubs, white coats, briefcases, and far too many backpacks. Despite it, I stomped through the courtyard with purpose and forgot about everyone around me. I inhaled deeply, as if trying to absorb the necessary energy and courage to face an unfamiliar and not-always-welcoming learning space. 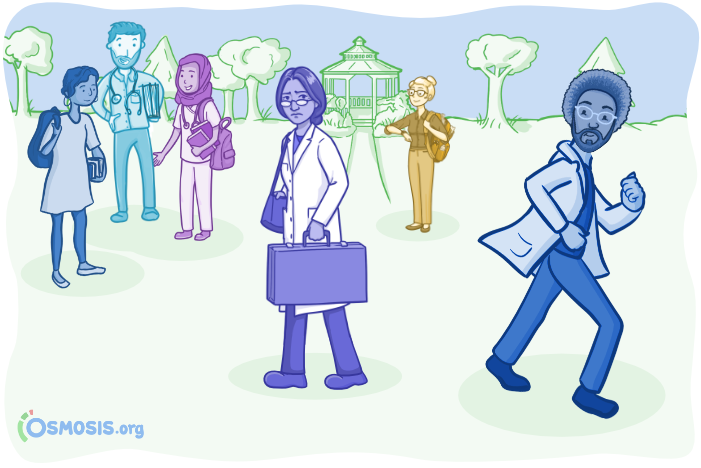 I walked into the workroom, the only person to have arrived. I’d learned in my short time adjusting to this new way of life that this was probably my only opportunity to be surrounded by calm--no new patients, no rounds, no lectures, no hurried notes that would never be read. I peeled away my green bomber jacket and hung it on the back of one of several chairs neatly positioned in front of communal computers. I suddenly had the realization that these will, no doubt, be in short supply within the hour. So, I turned off my headphones just as Beyoncé released a final, visceral vocal swell that was accompanied by an incomplete musical cadence. I’ll come back to this later.

I grabbed my white coat from the wall hooks, having left it there over the weekend, and began to “suit up” for the day. It had already accumulated a week’s worth of hospital grime, a kind of ubiquitous film that finds its way onto every practitioner’s white coat, perhaps a combination of dust, sweat, and hospital potlucks. It had already endured months of abuse. It had gotten yanked on and off between surgical procedures, its seams had been stretched beyond what should have been possible—with tape and gauze; but it dependably identified me as “one of them.” It said that I was an intelligent person, to be depended on and trusted. That I was different.

One-by-one, colleagues of every level entered the room, with shuffling feet and still-puffy eyes. It was barely 7:00 AM. Patients were assigned to each student. Mercifully, I was given only one new admission to present to the team. I stared at the computer screen, engrossed in a tragic, currently unfolding story. It was an 11-year-old black boy with sickle cell anemia. At such a young age, his spleen had already succumbed to his hematologic disease process, and his illness had caused regular pain crises, especially with the changing seasons, that rendered him virtually paralyzed. As I read about hospitalization-after-hospitalization, activity around me increased. I jotted down a few questions I wanted to be sure to ask, and I rushed off to see the patient. 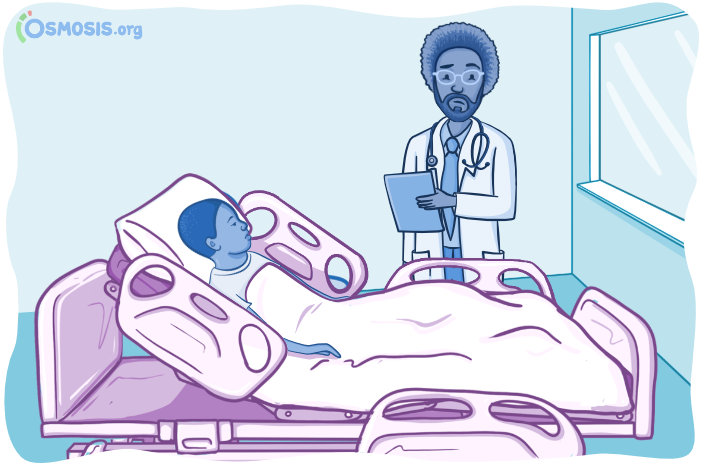 I knocked and entered his room. Beams of fog-obscured sunlight emerged lazily from beyond the half-open shades, and his eyes remained closed. I might have thought he was asleep if not for the gentle whimper he released with every few breaths. He was suffering. I asked him to point to the pain. “Is this like other times, or is this new? When did it start? Any other symptoms?” Through closed eyes that still somehow conveyed a tiredness, he answered dutifully, as a single tear fell onto his cheek. Now, I was paralyzed. I wrapped up the initial interview and completed only the most necessary portions of the physical exam, knowing full-well that many of my maneuvers would have to be repeated by the treating resident or attending. I left the darkness of his room, welcoming the otherwise abrasive hospital light. Its cold sterility seemed to temporarily cleanse me of the sadness that lay beyond that door.

I hurriedly reentered the workroom, concurrently organizing the patient’s history and numerous initial lab results. The other students had spoken of how detail-oriented this new attending was, how she expected patient data to be readily available during rounds. So, I stepped into the corner and continued to review everything I had gathered, as if reviewing treasures from a twilight scavenger hunt: presentation, past medical and surgical histories, meds, X-ray findings, urinalysis, blood tests, fluid intake and output. And suddenly, like another cadence that brings a flurry of seemingly discordant sound and activity to a unified breath, in walks our attending.

Although she stood a mere 5’2 in 1” heels, she had a towering presence. The large, metallic frames of her glasses drew attention to her bright blue eyes and were the perfect introduction to the perfectly-placed gray bob that followed. “Good morning. Oh! We have a new team today.” She smiled and looked warmly at a woman who had been trailing her and who had, not yet, developed the same command. She effortlessly draped her coat over the back of a nearby chair with one hand, while accepting a list of our patients with the other. As she began to sit, prompting the reflexive settling down of her many followers, she said, “I’m covering services at both hospitals today. So, we’ll do table rounds and, then, quickly see the patients. Let’s begin.”

Darren A. Miller II is a fourth-year medical student at the University of Illinois at Chicago with plans to pursue residency training in psychiatry upon graduation. Before medical school, Darren completed his bachelor’s degree in classical vocal performance at Indiana University’s Jacobs School of Music and spent several years teaching and performing. As he prepares for this next phase of his academic and professional journey, he looks forward to exploring ways of combining his interests in culturally-informed community psychiatry with the transformative power of art and story-telling. In his freetime, he continues to study and perform music, is an avid baker, and enjoys spending time with his loving and supportive family. Feel free to connect with Darren on Instagram, LinkedIn, and Twitter.

If you'd like to share an experience of your own, feel free to reach out to [email protected] with a story pitch—we're always happy to give a voice to current and future clinicians, particularly during these times, when listening is of vital importance.