Picture this: You are in a different country where you don’t speak the language and you have a medical emergency. The doctor does not understand you so you cannot be properly treated. Now imagine this happens in your own country. How would you feel? Well, this is the story of many Indigenous people in Ecuador who cannot access one of the main human rights: health. Join OMEF Allpa Tituaña as she shares her experience through the medium of Narrative Medicine.

It was July 2020 and I was finishing my medical training in my hometown, Cotacachi, a small town located in the north of Ecuador. That last rotation was called “Salud Comunitaria”, which is a general practice of medicine applied in rural settings. I arrived at 8 AM with my mask and my face shield on, ready for another regular day—as regular as it can be in the middle of a pandemic—when an elderly indigenous woman entered the office with her daughter.

The attending and I introduced ourselves to our patient and we asked her how we could help her. To our surprise, she just stood there, silent. The daughter asked us to direct the questions to her because her mother did not speak Spanish; she only spoke and understood Kichwa.

Kichwa is one of the fourteen ancestral languages of Ecuador. Throughout the consultation, we tried to understand her symptoms to rule out a diagnosis. Her daughter translated to us what her mother was saying, but despite her efforts, she couldn’t fully explain what her mother was trying to communicate.

Kichwa cannot be translated literally into Spanish. I thought that the physical exam might be easier, but I was wrong. The only thing I was able to ask her was, “Shimita paskay” ("open your mouth"). With her daughter as the translator, I was able to ask the poor elder woman to get on the stretcher, to breathe so I could auscultate her lungs, to show me where she felt pain or discomfort, and so on. While all of this was happening, I couldn’t avoid feeling ashamed. I, an Indigenous doctor (soon-to-be), couldn’t properly care for a patient who was Indigenous, too.

At the end of the day, I kept thinking about that woman and the situation we put her through. Why did it happen? I wondered. I mean, I knew why: hundreds of years of oppression and discrimination. Yet, I was trying to understand why I felt so guilty.

After reflecting on that feeling, I vividly recall the first time I was that woman, only I was just a child. I was 10 years old and I was attending a private school. In my class of 24, I only had three more indigenous classmates. One day we went to a public school science fair. At that public school, the same school year had 40–50 students and the majority were indigenous. Yes, private education was a privilege for non-indigenous people, however, as I learned later, we were not safe from racism.

We were walking around the projects when an Indigenous girl, like me, had to do her presentation. A small crowd stood before her, and she couldn't help but freeze. It was hard to see that her teacher wasn’t helping her to thrive in this situation, but the worst part was when the teacher said, "I'm sorry, kids, but she is Indigenous—and you know how they are." Something broke inside me, and I'm sure inside the little girl too. At that age, I couldn’t refute that teacher’s racist statement. Because I didn’t know how to name it. But I knew she was wrong. At that moment, though, I couldn't help but ask myself: Is something wrong with us? Are we less intelligent, less capable to speak in public, less valuable? 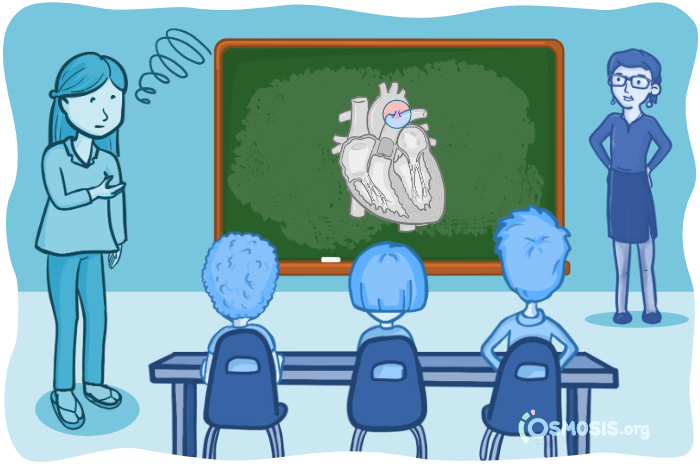 With time, I understood that there is nothing wrong with us. That teacher’s racist thoughts were the result of hundreds of years of treating Indigenous Peoples as non-human beings or uneducated peasants. This somehow explains why my grandmothers didn’t talk in Kichwa to my father, and why my mother didn’t want to speak in Kichwa at her school when she was a little girl. Thankfully, my grandparents and parents were brave enough to resist racism by learning, practicing, and keeping their language and traditions alive, and by claiming their human rights such as education, political participation, liberty, security, life—in times when people didn't even let them occupy a seat on the bus. My mom learned to challenge the medical school establishment; she became a doctor despite some of her teachers saying that “Indigenous people can only do farming because they have smaller brains.”

Thanks to their and many other partners' strengths, things have changed for good. For instance, my sister and I became doctors without all the barriers my mom had to overcome. But we are exceptions to the rule. We still have a lot to do. Due to various circumstances, my parents didn’t teach my sisters and me Kichwa either. But I no longer look for culprits or feel guilty. Instead, I am learning how to be brave enough.

I am currently learning Kichwa; I can now say more than “shimita paskay.” I have hope that with this small action I will become the physician that the Kichwa-speaking population needs and help to keep fighting systemic racism and its consequences. I just hope to always be able to learn how to be brave enough.

Allpa is a recent graduate medical doctor from Universidad San Francisco de Quito in Ecuador. She is an indigenous Kichwa Otavalo woman who loves to read and considers Internal Medicine and Neurology as specialties. Outside of medicine, she also enjoys actively following politics and is a mom to an amazing 7-year-old child.

____________________________
Every clinician has a story to tell. Share yours with the world through our Narrative Medicine call for submissions. You could win free Osmosis Prime, and be published on the Osmosis blog and in an upcoming digital journal.