Hypochondria or hypochondriasis is a psychological disorder where someone develops chronic stress about an imagined illness. It often manifests after someone has lost a loved one to serious illness, and while it’s often dismissed and stigmatized, the condition can cause real harm by putting excess stress on the body. Today on the Osmosis blog, Omer Rott shares an experience meeting someone who’s living with hypochondria.

Note: This article is based on an interview with a person diagnosed with hypochondria and is written from their perspective.

Before I was diagnosed with hypochondria, I used to see it as “dark thoughts” that would manifest once I started thinking about medical procedures, infusions, blood tests, and vaccines (thank you, 2020). Once these feelings came on, there was no “escape button.”

I would keep trying to shove away all of those feelings and thoughts, but inevitably, the fear, anxiety, and depressive thoughts would take over. 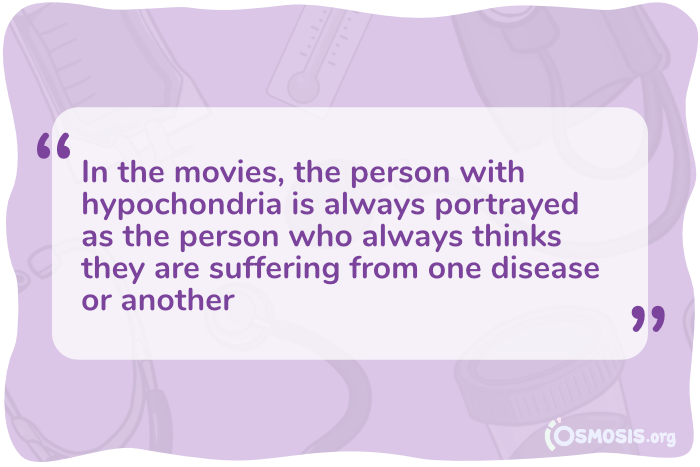 I am 26 years old and in a long-term relationship. Until recently I was a university student and had just started my first job. I had heard a bit about this thing called “Hypochondria”, but besides it being an interesting idea, I didn’t give it much thought. Up until two years ago, if you had asked me, I would have proudly said that I haven't seen a doctor in 15 years!

When I was a kid I used to go to the doctor for check-ups like anyone else. I recall this one time during a simple blood test, my father was trying to distract me from looking at the needle. I let him distract me since I didn’t like the sight of needles or blood.

After a few seconds, I found myself lying down and looking at the ceiling. My very worried dad was holding me; apparently, I had passed out. As I remember it, the nurse didn’t seem to be too worried about what happened. She finished taking my blood and sent us home.

A few years later, I visited a clinic after becoming dehydrated on a family trip. The doctor wanted to give me some fluids. I refused at first, but after the doctor made it clear that they would not take any responsibility for me otherwise, I agreed to receive an infusion.

For the next 40 minutes, I felt so cold my teeth were chattering. When I mentioned this to the nurse, she told me that it was impossible, stating that the fluid wasn’t cold enough for such a thing to happen. Knowing what I know now, I wish someone would have spotted my anxiety which led to these symptoms. Back then I kept silent and continued to feel cold and miserable.

All I wanted was for this hellish experience to end.

My worst episode lasted a week and ended up with me in the ER.

From the beginning of that week, I had been experiencing big ups and downs; I felt okay, then immediately felt sick, then okay again. The symptoms would vary, from muscle pain, to feeling like my heart was beating too fast. Not knowing what I had scared me so I decided to research my symptoms(something that is never a good idea even if you don’t have hypochondria!) This led to a cycle: me being scared of my unknown disease, then me becoming even more scared about the information I was reading. I wanted to both keep reading everything and stop at the same time, and I couldn’t seem to break out of it.

In this state of severe stress, my body was starting to develop additional symptoms. I was shaking, sweating, and both my stomach and my head hurt. At that time I saw these as additional symptoms. My girlfriend tried helping me stay positive: she urged me to work out, to get some fresh air, but no matter what I did, the symptoms always came back.

Before going to the ER I remember feeling extremely stressed and depressed. I felt like I had lost control and nothing could improve my situation. That evening I called my parents asking them to pick me up and drive me to the hospital, despite my fear of the place.

Shortly afterward, I was admitted to the ER. A nurse came, took my measurements, and asked me about my symptoms. While waiting for the doctor, I overheard two doctors laughing and talking at the front desk: “A headache and a stomach ache? Wow, that’s very likely to happen together.” I didn’t want to jump to conclusions, however, the place was not packed and those were the exact symptoms I had told the nurse. 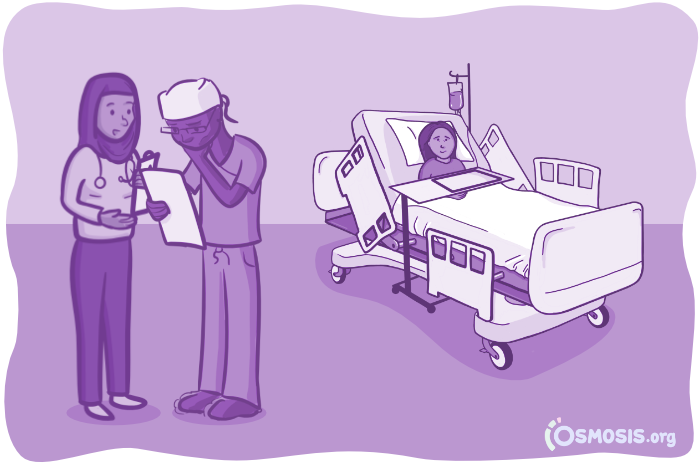 Whether they were really talking about me or not is irrelevant. I understand that those doctors were on their night shift and were probably tired and didn’t mean any harm with their venting. However, they were speaking in the vicinity of other people who might have overheard them. In my case, I overheard them and felt like they were making fun of me and my symptoms.

All you need is awareness

My ER visit does have a happy ending!

The doctor who came to check up on me started by asking about my symptoms and the events leading up to my visit. He must have suspected that my symptoms were more psychological than physical since he started asking me more personal questions: who accompanied me there, how my week was, how my job was going… And since I asked, he showed me all of my test results, which came back negative.

The doctor referred me to a psychologist and sent me home with a drug called “clonazepam” which helped me during the next few days..

I am thankful to live in a time when talking about mental health is less taboo and more acknowledged, but, I believe there is still room for improvement. I am aware that medical students and doctors have many things they need to cram into their heads, which is why I don’t expect every doctor I see to immediately make these connections. However, understanding that feelings can lead to physical symptoms.

The next time you see a patient with a “headache and a stomach ache,” pause, remember this story, and take an extra minute to ask a few more questions.

Omer is a fourth-year medical student at Masaryk University, Brno, located in the Czech Republic. He is interested in Pediatrics. During his free time, Omer enjoys running, reading, photography, and playing board games with his friends.

Try Osmosis today! Access your free trial and find out why millions of current and future clinicians and caregivers love learning with us.