A 33-year-old woman comes to the emergency department because of lower abdominal pain and light vaginal bleeding. Her last menstrual period (LMP) was six weeks ago. A urine pregnancy test is positive. Vital signs show her temperature is 36.6°C (98°F), pulse is 125/min, respirations are 18/min and blood pressure is 85/42 mm Hg. Her b-hCG level is 1,800 mIU/mL, and a transvaginal ultrasound shows no evidence of an intrauterine pregnancy. Bimanual examination shows a small, irregular right adnexal mass. Which of the following is the best next step in management? 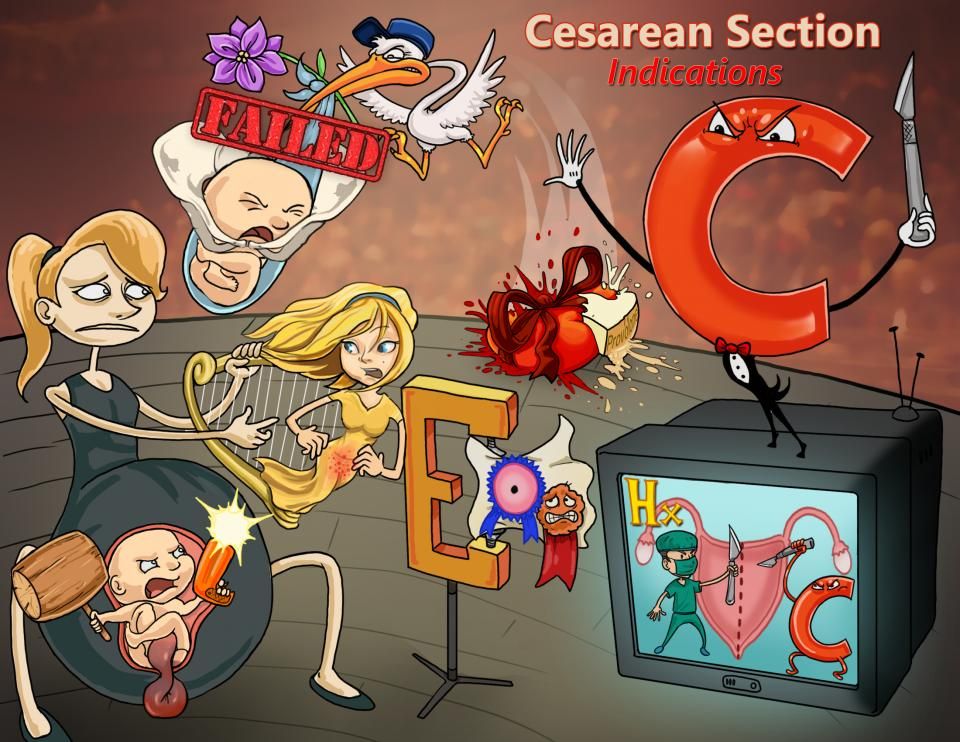 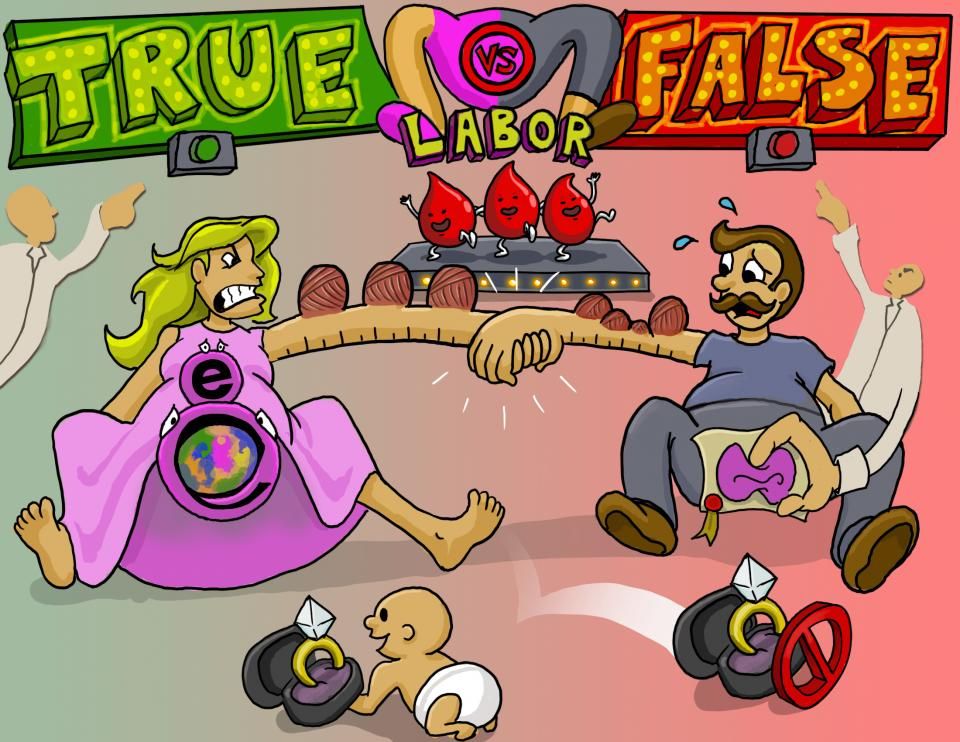 Abnormal labor is defined as the abnormal onset of labor - either too early or too late in the pregnancy - or abnormal duration of the stages of labor.

Normally, labor onset occurs between weeks 37 and 42 of pregnancies, and labor itself has three stages.

Stage II is when the fetus passes through the birthing canal.

If everything goes well, the baby is delivered and labor progresses to stage III, which is the delivery of the placenta.

Ok then! Preterm labor is when regular uterine contractions and cervical changes, which include cervical effacement, or thinning and dilation, start before 37 weeks gestation, but later than 20 or 24 weeks.

Earlier than that, the delivery is called an abortion, because the fetus hasn’t developed enough to survive in the outer world, even with all the neonatal care measured that we have at our disposal.

And the reason we say 20 or 24, is because the OB world is not in full agreement on this matter, either.

Alright - now, risk factors for preterm labor include lifestyle factors, like smoking, alcohol consumption, or illicit drug use, like cocaine or heroin.

Other risk factors include a prior preterm labor, multiple gestation, aka twins or triplets, short cervical length, meaning the cervix is less than 25 millimeters long on ultrasound before 24 weeks gestation, as well as prior cervical surgery, like a cone biopsy that’s done to diagnose or treat cervical cancer.

And then a myriad of other conditions can increase the risk of preterm birth, such as urinary or genital infections, and also obstetric complications like preeclampsia, eclampsia and HELLP syndrome, all of which are associated with hypertension during pregnancy and more, placenta praevia, when the placenta is inserted in close proximity of the cervix, or covers it altogether, or placental abruption, when the placenta prematurely detaches from the uterine wall.

Prophylaxis of preterm labor and birth can be done with intravaginal progesterone in individuals who have had a previous preterm birth, or who have a short cervix during pregnancy.

In pregnancies more than 34 weeks along, cervical changes, and fetal well-being are observed for 4 to 6 hours, while ruling out obstetrical complications like placental abruption, chorioamnionitis and premature rupture of membranes, or PROM.

Now, if everything looks good, meaning there are no cervical changes, the fetus is doing well and there are no obstetrical complications and, the individual can be discharged and reevaluated in two weeks.

If during those two weeks, there’s vaginal bleeding, fetal activity decreases, or if the fetal membranes rupture, the individual is admitted for delivery.

Delivery is indicated from the get-go if there are cervical changes, obstetrical complications or evidence of fetal distress.

Next, in pregnancies less than 34 weeks along, management depends on cervical length.

If the cervix is longer than 30 millimeters, the risk of delivery in the next 7 days is low, and individuals are observed for 4 to 6 hours, while obstetric complications are ruled out and fetal well-being is confirmed - and then they’re discharged and reevaluated two weeks later.

On the other hand, if the cervix is shorter than 20 millimeters, there’s a high risk of delivery in the next 7 days, and a couple of measures are taken to decrease the risk of neonatal complications.

First, a course of antenatal corticosteroids are given to help the fetal lungs mature.

At the same time, tocolytic medications, like nifedipine, NSAIDs or terbutaline, which suppress uterine contractions, are given for up to 48 hours - but bear in mind that these only delay labor enough for corticosteroids to achieve maximum fetal effect.

Antibiotics, like ampicillin plus gentamicin, are also given to prevent an intrauterine infection with group B strep that’s normally found in the vaginal flora.

Finally, magnesium sulfate is given for pregnancies less than 32 weeks, which protects the fetal nervous system, and decreases the risk of developing cerebral palsy.

Finally, if cervical length is between 20 and 30 millimeters, a cervicovaginal discharge sample is tested for fetal fibronectin, which is a protein made by the fetal membranes.

If fetal fibronectin is positive, the risk of delivery in the next 7 days is high, and corticosteroids, tocolytics, antibiotics and magnesium sulfate are given to decrease the risk of fetal complications.

At the other end of the spectrum, there’s postterm pregnancies - which is when labor hasn’t started by 42 weeks.

To be more specific, pregnancies are also considered “late term” starting from week 41.

In most cases, there’s no known cause, and the strongest risk factor is a prior postterm pregnancy.

Management options include expectant management with regular fetal monitoring, or induction of labor.

First let’s look at fetal monitoring. It is required because there’s a high risk of macrosomia, meaning a large fetus, or intrauterine fetal death with advancing gestational age.

Fetal monitoring is done twice a week starting from week 41, and it includes ultrasound measurements of fetal size and amniotic fluid level, as well as a non-stress test, or NST, and a biophysical profile, or BPP.

A non-stress test is a 20 minute recording of fetal heart rate using a cardiotocograph - also called an electronic fetal monitor.

A lower heart rate, fewer or shorter accelerations mean the NST is non-reactive, and may signify fetal distress.

2 points are awarded for each of the five criteria, adding up to a maximum total of 10 points, and the higher the score, the better - and 6 out of 10 or above is considered a good score, which signifies the fetus is generally doing well.

Sometimes, spontaneous labor may occur during expectant management and monitoring.

If it doesn’t, and the fetus is doing well, induction of labor can be postponed until 42 weeks and 6 days of pregnancy.

Induction of labor can also be done from the get-go in postterm pregnancies, or if during the observation period there’s oligohydramnios, which is too little amniotic fluid, or any evidence of fetal distress on an NST or BPP.

Induction of labor may involve up to three of the following measures: amniotomy, which can be done when the fetal head is pressed against the cervix, and then the fetal membranes are cut through the cervix; a cervical ripening agent like a prostaglandin or a balloon catheter; and oxytocin.

But if they don’t, oxytocin is administered intravenously, by an infusion pump. Usually, a solution of 60 milliunits per milliliter of oxytocin is given at a rate of 1 milliliter per hour.

Speaking of which, let’s switch gears and see what can go wrong during labor - whether spontaneous or induced, no matter the gestational age at onset.

So, if it takes longer than that for the cervix to dilate to 6 centimeters, that’s called a prolonged latent phase.

Risk factors for a prolonged latent phase include early analgesia, namely the epidural, as well as abnormal position of the fetus - like a transverse lie.

Management involves therapeutic rest and morphine sedation is done, with 5 to 10 milligrams of morphine given both intramuscularly and intravenously at the same time.

This is important because the later stages of labor require a lot of effort, and a prolonged latent phase may tire out the mother from the beginning.

With false labor, contractions stop after morphine administration, and no cervical changes occur by the time the sedative wears off.

With true labor, there will have been cervical changes by the time the sedative wears off.

Alternatively, oxytocin can be given and an amniotomy can be done if the fetal membranes haven’t already ruptured.

Labor refers to the regular and painful uterine contractions that result in cervical changes during childbirth. Abnormal labor is a term used to describe any type of labor that deviates from the "normal" process. Labor is considered abnormal when it progresses abnormally slower than in most patients who have a spontaneous vaginal birth, or when it doesn't progress at all. Abnormal labor increases the risk of both maternal and neonatal complications such as birth asphyxia, cesarean delivery, operative vaginal delivery, and postpartum hemorrhage.