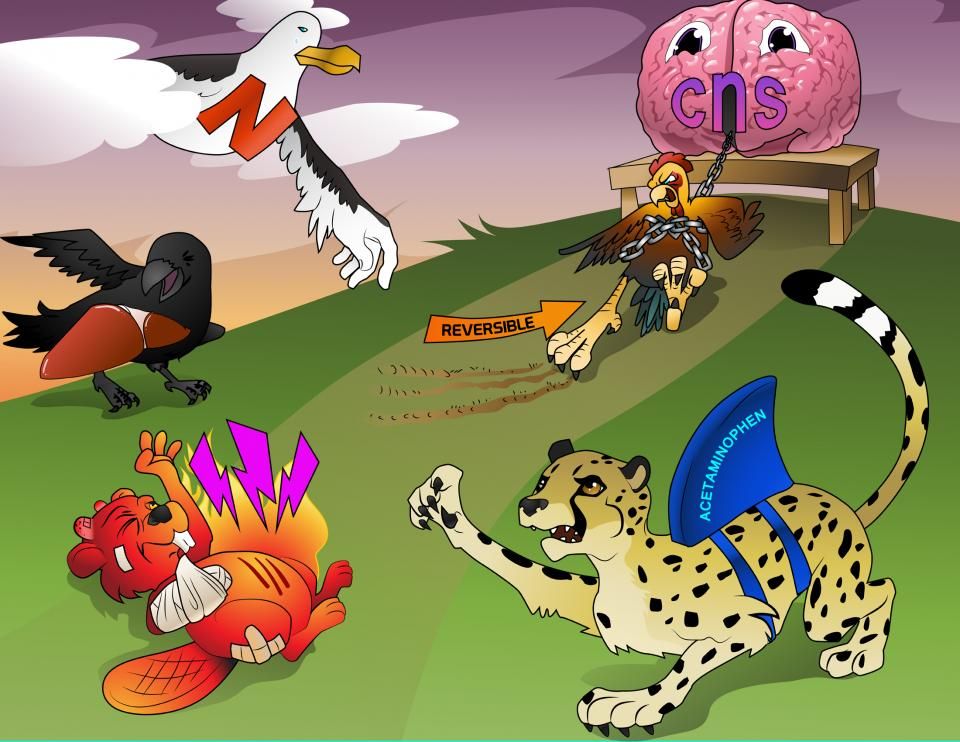 Acetaminophen, also known as paracetamol, is mainly used to treat pain and fever. These conditions are related to an increased production of pro-inflammatory chemicals called prostaglandins.

In order to understand how acetaminophen works, first we need to talk briefly about inflammation, which is the body’s response to a harmful stimulus, such as infection or injury.

So, during inflammation, your immune cells use an enzyme called phospholipase A2 to take membrane phospholipids and make a 20 carbon polyunsaturated fatty acid, called arachidonic acid.

Alright, now let’s focus on acetaminophen. Acetaminophen is administered orally, rectally, or intravenously; and it works by reversibly inhibiting COX in the central nervous system, thereby decreasing production of the prostaglandins that cause fever and pain.

Common indications for acetaminophen include fever and mild to moderate pain, such as myalgia and headache.

Although it’s mainly used alone, it can be coadministered with other medications, such as ibuprofen or morphine to treat severe pain after operations.

Moreover, because it doesn’t affect COX in platelets and the stomach, acetaminophen is a preferred drug in the treatment of fever and pain in individuals with bleeding disorders, peptic ulcers, and individuals allergic to aspirin.