A 24-year-old man comes to the clinic because a protruding forehead and mandible as well as hypertrichosis. The patient's mother is concerned because he has not stopped growing and is over a foot taller than everyone else in his family. Blood tests reveal an elevated serum IGF-1 as well as a failure to suppress serum growth hormone following an oral glucose tolerance test. The physician recommends magnetic resonance imaging (MRI) of the brain, which would most likely reveal a lesion in which of the following bony structures?

The Voices of Acromegaly, Part 1: Living with the Reality

The Voices of Acromegaly, Part 2: A Day in the Life 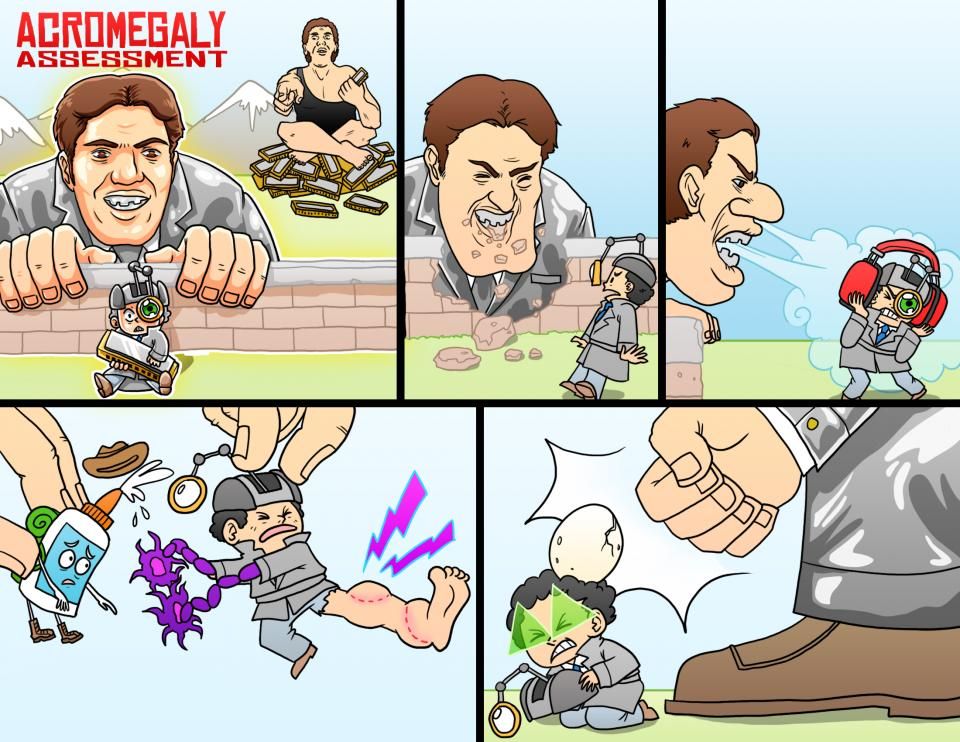 So acromegaly is a hormonal disorder in adults where there is an excess of growth hormone or somatotropin, and causes continued growth of the extremities in adults, leading to large hands, feet and face.

As examples, the French wrestler André the Giant who played Fezzik in the movie The Princess Bride and actor Richard Kiel who played Jaws in the James Bond movies both had acromegaly.

So let’s talk about how growth hormone is made.

The growth hormone-releasing hormone binds to a surface protein on somatotroph cells of the anterior pituitary gland, and in response, they release growth hormone.

The body uses three main ways to help limit the amount of growth hormone that gets made.

First, too much growth-hormone-releasing hormone signals the hypothalamus to stop making more.

Second, when growth hormone reaches tissues like the liver, bones, and muscles, they make somatomedins, which are small protein hormones.

Third, growth hormone and somatomedins together signal to the hypothalamus to produce somatostatin, another hormone, whose role is also to signal the anterior pituitary to stop producing growth hormone.