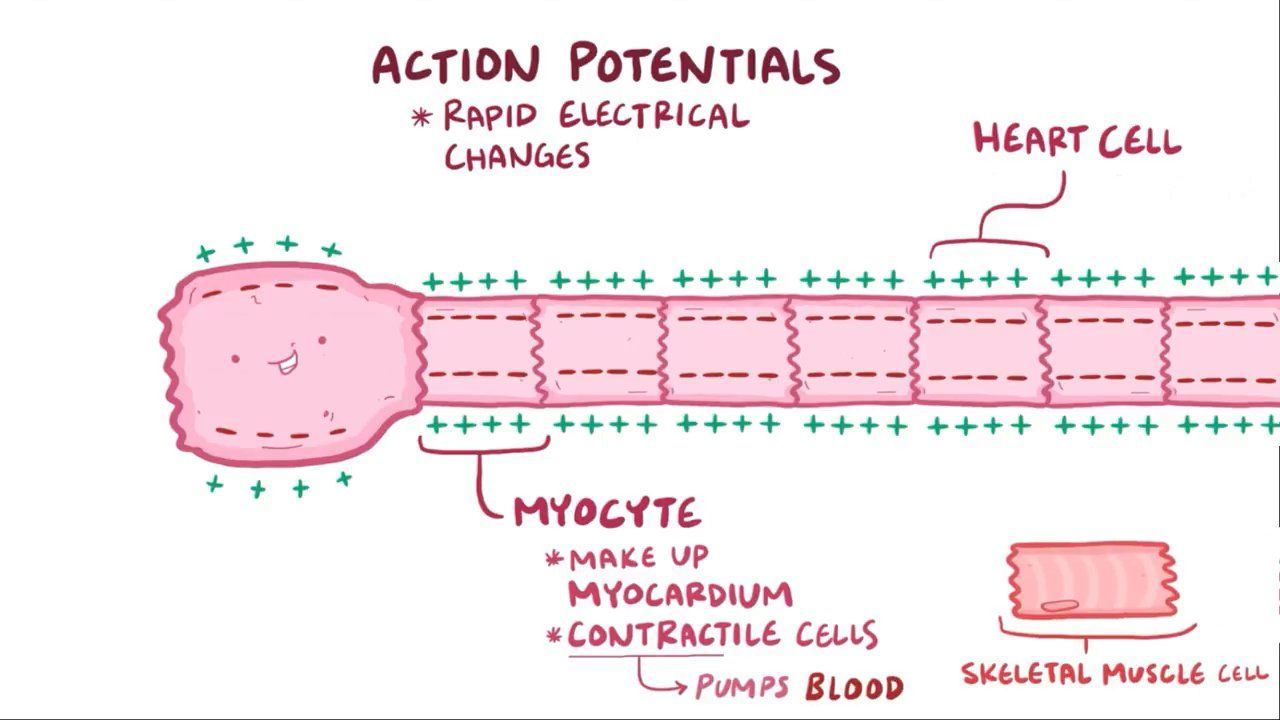 During phase three, repolarization of the myocyte action potential results from a (decrease/increase) in the conductance of potassium.

Action potentials are the really rapid electrical changes that occur across the membrane of certain cells, and often propagates from one cell to an adjacent cell. Cells in the heart communicate this way. That signal’s gotta start somewhere, so some of these cells, called pacemaker cells, have the responsibility of setting the rhythm and the pace of the heartbeat. They’ve got this really important job, but they’re a relatively tiny group -- only about 1% of the heart cells -- and they’re able to continually generate new action potentials that get conducted to the rest of the heart -- the other 99% -- and that’s what tells the heart to pump. The cells that receive this signal are called myocytes because they make up the myocardium, which is the muscular middle layer of the heart. Myocytes are also called contractile cells because they contract to allow the heart to pump blood. Myocytes are different from skeletal muscle cells, which get their action potential signals directly from neurons. Cardiac myocytes receive signal from pacemaker cells causing them to contract.

Now let’s focus on a single myocyte cell going through a single action potential. The action potential of a myocyte is broken into five phases. Often they’re shown on a graph of membrane potential vs. time. We’re going to start at Phase 4, because why not.

In phase 4, or the resting phase, our little myocyte friend is at rest, hanging out with an overall charge or membrane potential of -90 mV. Now, the interesting thing is that it has gap junctions which are openings between two myocytes. So when the myocyte’s neighbour depolarizes, some ions - mainly calcium ions - start leaking through the gap junctions and that makes the membrane potential go up to about -70 mV. -70mV is called the threshold potential and it marks the start of phase 0.

Phase 0 is known as the depolarization phase,. Basically, some voltage gated sodium channels open up when they sense that the membrane potential is -70mV, and they allow sodium to rush into the cell, creating an inward current. This rapid influx of sodium causes the myocyte’s membrane potential to go all the way up to +20mV or so.