A 38-year-old woman comes to the emergency department for evaluation of altered mental status that began five hours ago. She is accompanied by her husband. Past medical history is notable for asthma and diffuse scleroderma. On arrival, her temperature is 37.6°C (99.7°F) and blood pressure is 183/121 mmHg. On physical examination, the patient is oriented to self but neither time nor place. Diffuse thickening of the skin is observed, and contractures are present in the bilateral fingers. Laboratory testing is obtained, and results are as follows:

Which of the following is the next best step in the management of this patient’s condition?
Memory Anchors and Partner Content 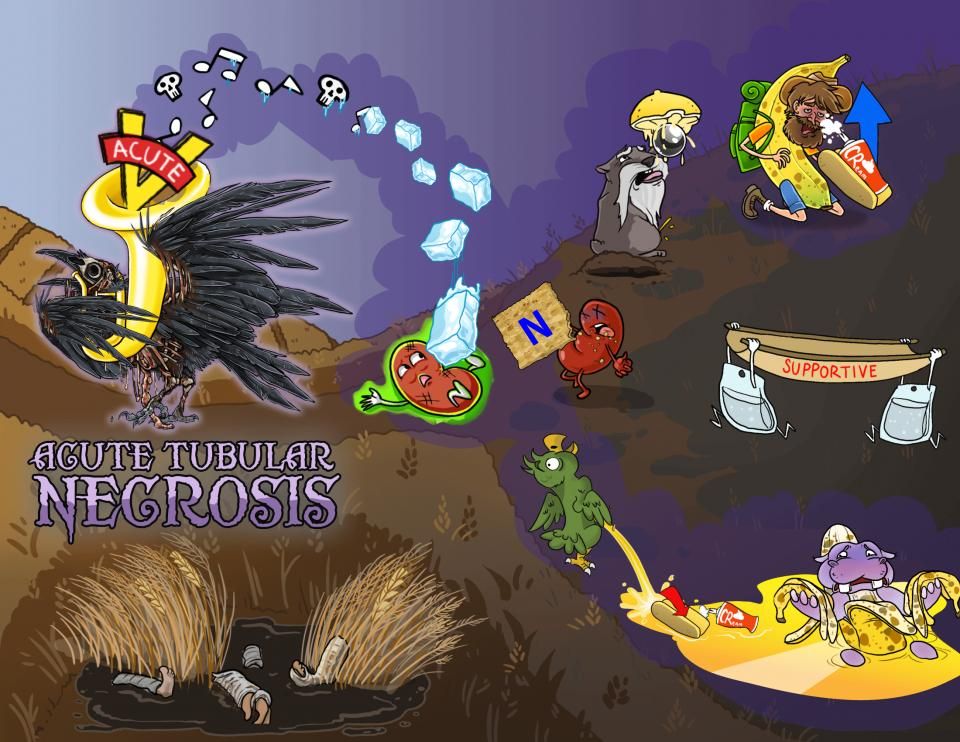 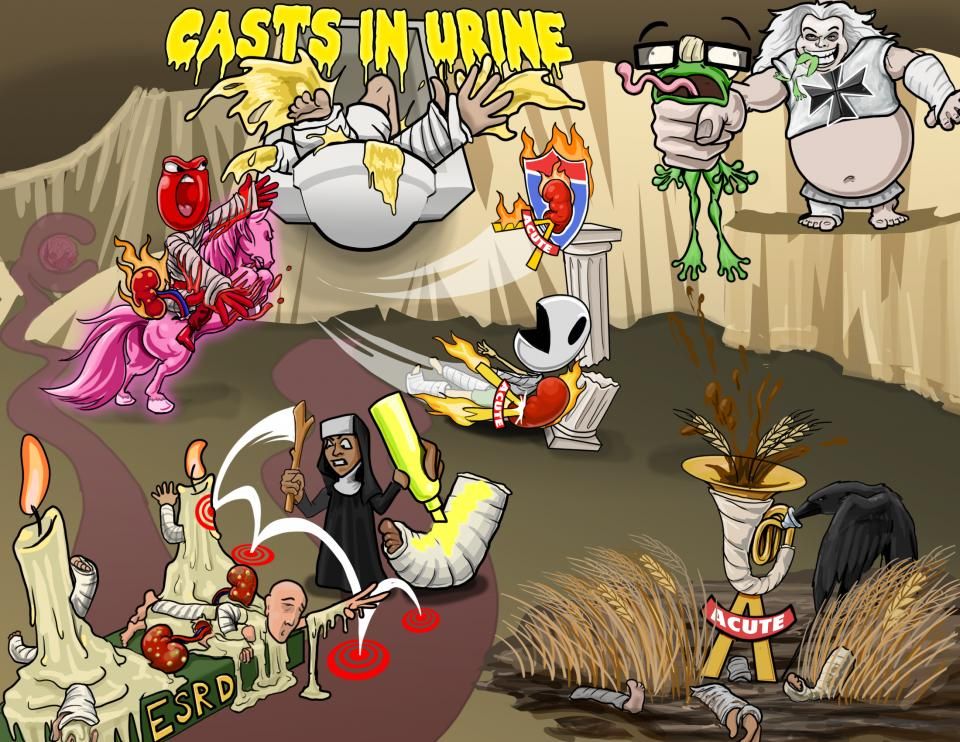 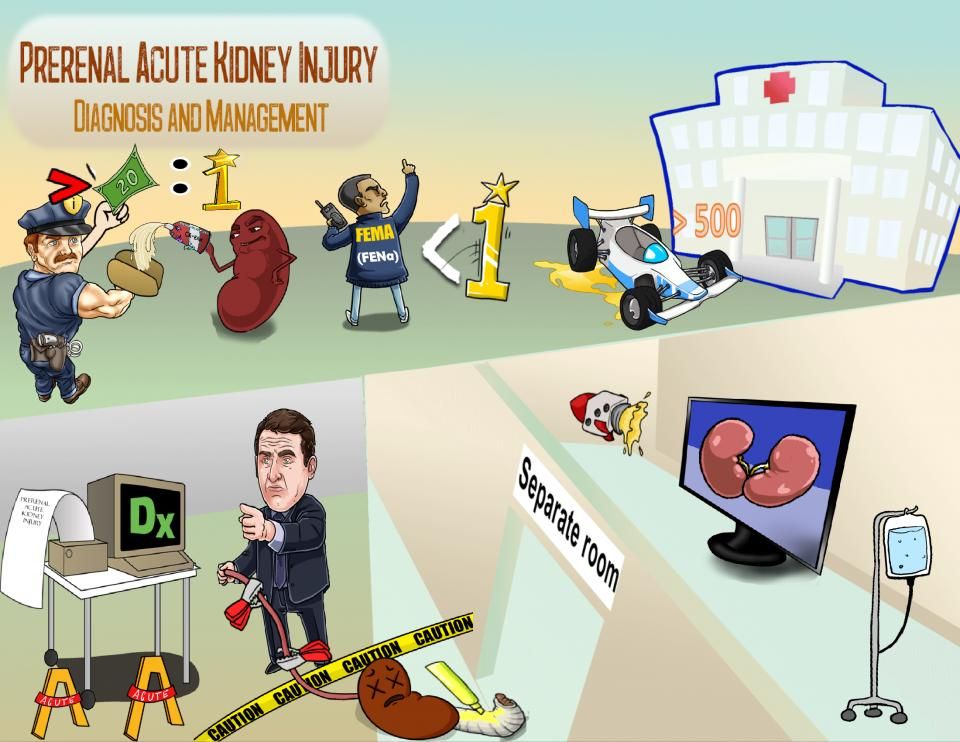 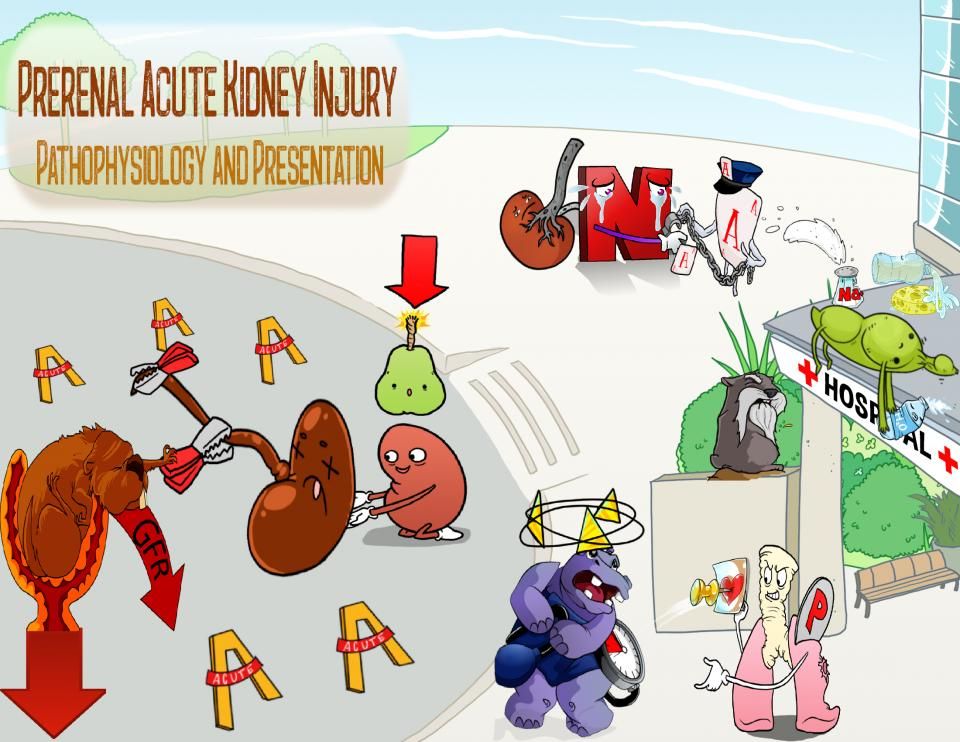 Acute kidney injury (AKI) is a sudden, potentially reversible decline in renal function. AKI results in the accumulation of water, nitrogenous wastes, sodium, and other metabolic wastes in the body, and can also lead to electrolyte imbalances. Common causes include dehydration, sepsis, and some drug therapy.

AKI often presents with reduced urine output, but there can be other signs such as edema, and those associated with the accumulation of metabolic wastes such as anorexia, seizures, and altered mental status. Left untreated, it can lead to chronic kidney disease (CKD)