Plans
Library
Resources
For institutions
Sign in
Try it Free
Try it FreeLog inSchool Sign inPlans
Medicine (MD)Medicine (DO)Physician Assistant (PA)Nurse Practitioner (NP)Registered Nursing (RN)DentistryPharmacyOther Healthcare Professional
Libraries
Medicine (MD)Medicine (DO)Physician Assistant (PA)Nurse Practitioner (NP)Registered Nursing (RN)DentistryPharmacyOther Healthcare Professional
Resources
EventsBlogGreeting CardsTestimonialsOsmosis Around the World
Summary of Acute radiation syndrome
Acute radiation syndrome, also known as radiation poisoning, radiation sickness or radiation toxicity, is a collection of health effects which present within 24 hours of exposure to high amounts of ionizing radiation. The radiation causes cellular degradation due to damage to DNA and other key molecular structures within the cells in various tissues. This destruction, particularly as it affects the ability of cells to divide normally, in turn, causes the symptoms. The symptoms can begin within one or two hours and may last for several months. The terms refer to acute medical problems rather than ones that develop after a prolonged period. 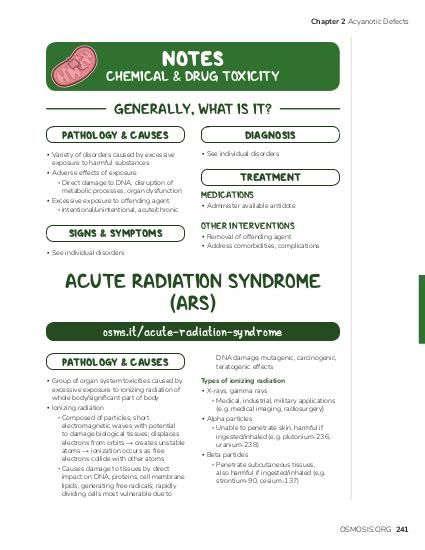 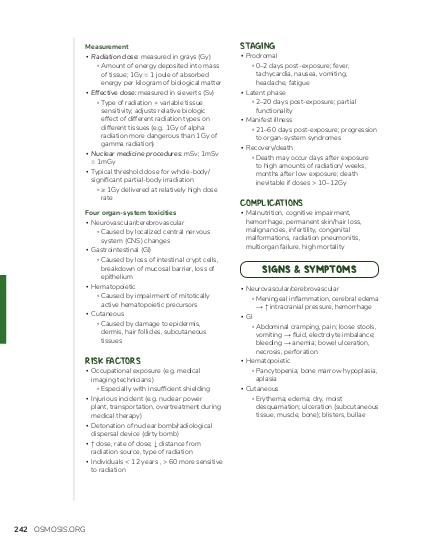 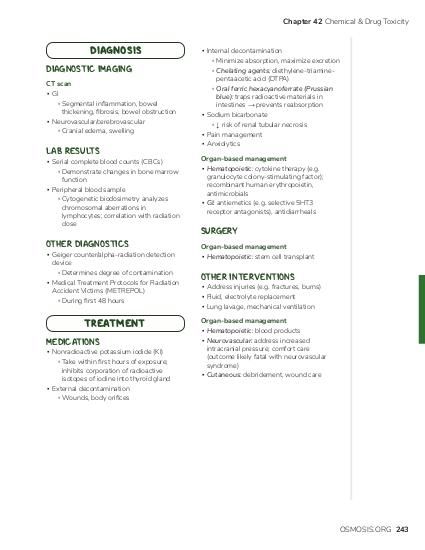 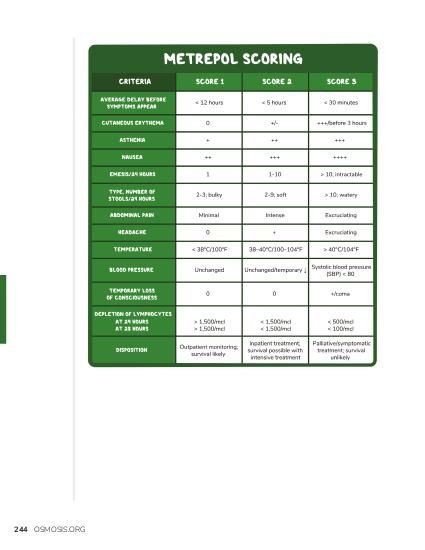 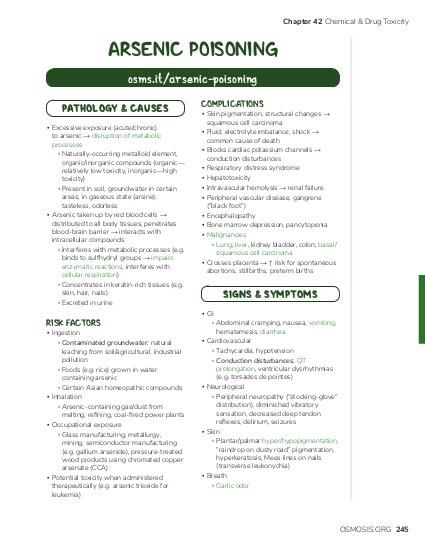 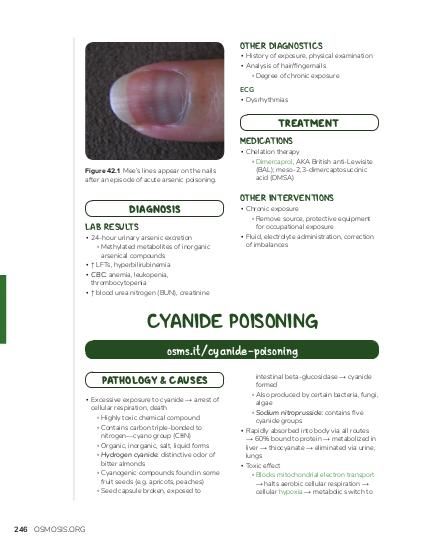 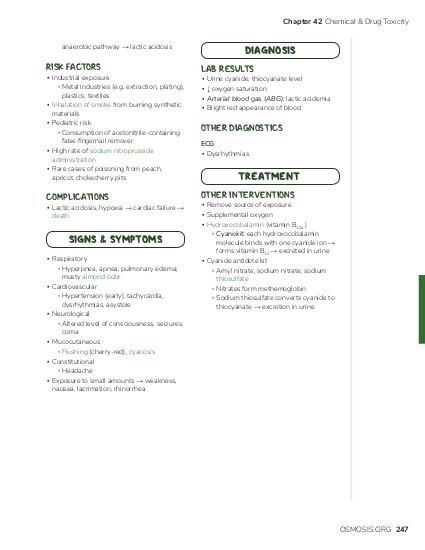 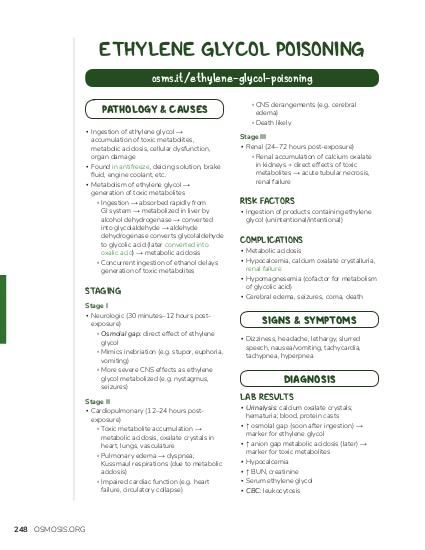 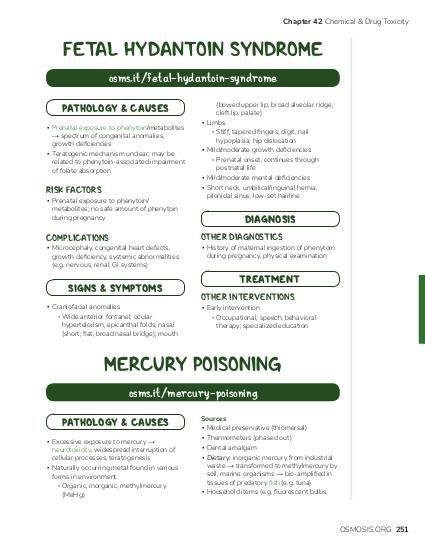 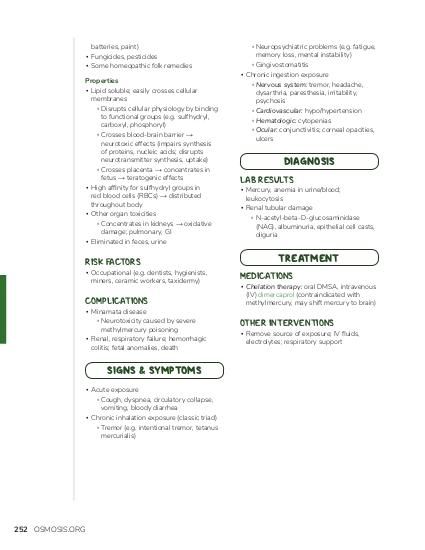 Acute radiation syndrome is associated with exposure to radiation doses higher than Gy.

A 34-year-old woman comes to the emergency department complaining of cough and shortness of breath. She is a G2P1 at 11 weeks gestation. After taking a history and doing a physical examination, it is suspected that she may have pneumonia and a chest X-ray is recommended. The patient is nervous about exposing her baby to radiation and asks to speak with the obstetrician first to make sure that the x-ray will not harm her baby. She has had a normal pregnancy so far and has had no recent health problems. Which of the following is the most appropriate advice regarding radiation exposure in pregnancy?