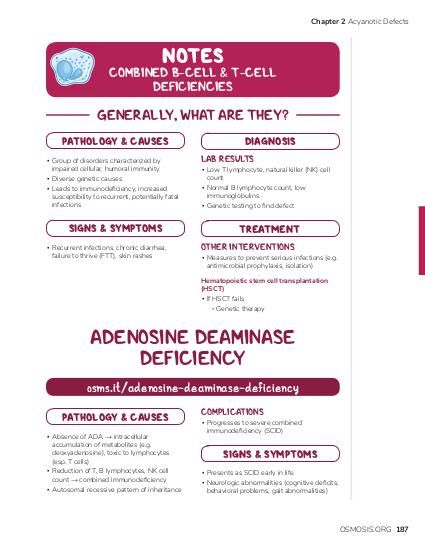 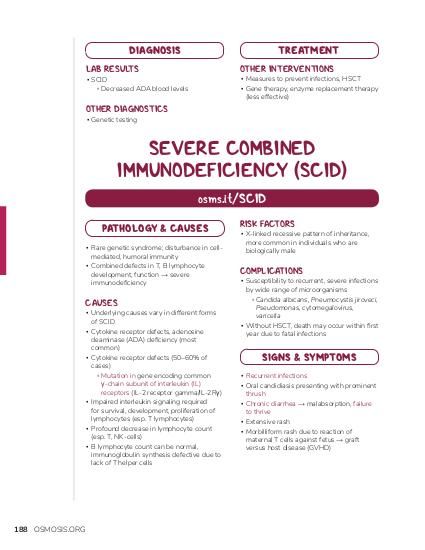 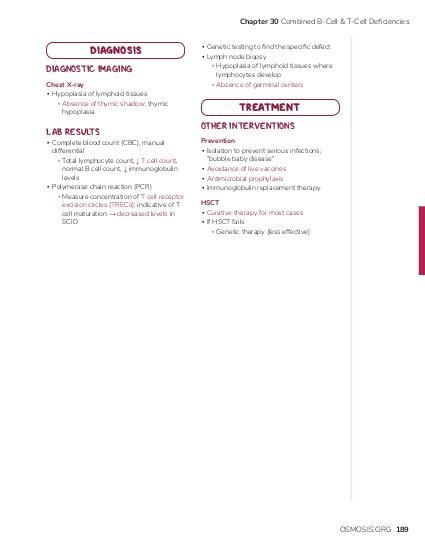 An 18-month-old boy is brought to the emergency department for evaluation of shortness of breath and cough. Past medical history includes two episodes of pneumonia, oral thrush, chronic diarrhea and recurrent otitis media. His vaccinations are not up to date due to frequent illnesses. Family history is non-contributory. The patient is at the 2nd percentile for height and weight. Temperature is 38.7 C (101.7 F), pulse is 151/min, respirations are 36/min and blood pressure is 70/40 mmHg. Physical examination demonstrates white patches in the oral cavity and diffuse rales of the lungs bilaterally. Laboratory results are demonstrated below.

Chest X-ray demonstrates bilateral diffuse interstitial infiltrates. Which of the following is the most likely diagnosis?
Memory Anchors and Partner Content 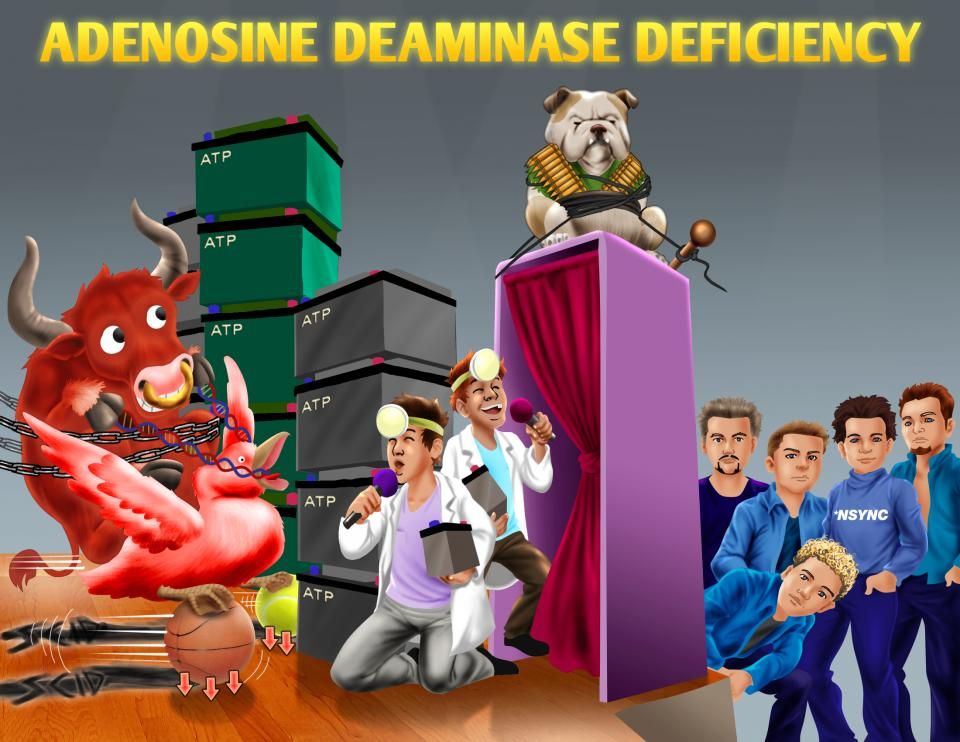