A 25-year-old woman comes to her primary care provider's office because progressively worsening dyspnea, productive cough, and wheezing for the past 2 months. Physical examination shows decreased breath sounds bilaterally, distant heart sounds, and wheezing. A chest radiograph is done and shows the following image:
Laboratory tests show elevated alanine aminotransferase (ALT), aspartate aminotransferase (AST), and total bilirubin. Which of the following is the most likely diagnosis? 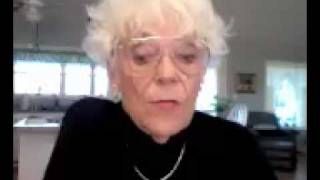 Trypsins are a type of protease, which is an enzyme that can break down other proteins.

So this antitrypsin protein is a protease inhibitor, and inactivates trypsins, thereby preventing protein breakdown.

The “alpha-1” is just a holdover from when the protein was discovered – a letter and number combination given before its role was known.

Now, in the lungs, if we zoom in on a tiny alveolus—where gas exchange happens—if there’s some sort of infection or other cause of inflammation, immune cells like neutrophils arrive on the scene.

Neutrophils make an enzyme called neutrophil elastase, a protease capable of breaking down elastin, which is an extracellular matrix protein that gives elasticity and strength to lung tissues.

So while these little guys can help fight off infection by breaking down proteins of the bacteria, it can also go on to break down that precious elastin.

Fortunately, the liver makes alpha-1 antitrypsin which gets released into the blood and sent to the lungs, where it inhibits neutrophil elastase just like it inhibits trypsin, inactivating it before it can break down the protein elastin.

Without alpha-1 antitrypsin, the opposite happens - neutrophil elastase goes unchecked, and it damages the walls of the alveoli, and without that elastin, the alveoli loses its elasticity and structural integrity.

Zooming out a bit and looking at the acinus, which is a bunch of alveoli, it just turns into one big cavity. This destruction and enlargement of the air spaces is called emphysema.

It turns out that emphysema can develop in a couple different ways, and alpha-1 antitrypsin deficiency causes pan-acinar emphysema, meaning the whole acinus is affected, and it also tends to affect the lungs’ lower lobes the most.

Another effect of unchecked inflammation in alpha-1 antitrypsin deficiency is chronic bronchitis, resulting from increased mucus production and narrowing of the airways.

So alpha-1 antitrypsin deficiency can lead to both emphysema and chronic bronchitis, the two types of chronic obstructive pulmonary disease, or COPD.

Another, more common cause of COPD is smoking, and if someone with alpha-1 antitrypsin deficiency also smokes, they tend to get an earlier onset of COPD than they have otherwise, an example of a gene-environment interaction.

The gene that encodes alpha-1 antitrypsin protein is called SERPINA1, which stands for serpin peptidase inhibitor, clade A, member 1.

While some mutations in SERPINA1 completely abolish the gene’s message meaning no protein, others like the most common mutation, called Pi*Z, results in a misfolded alpha-1 antitrypsin protein being made.

Misfolded alpha-1 antitrypsin can aggregate and get stuck in the endoplasmic reticulum of the liver hepatocytes where it’s made, causing some of those cells to die.

Now, each wild-type, or normal, copy of alpha-1 antitrypsin protein, termed M, contributes 50% of normal A1AT activity, meaning two normal copies gets you 100%, which just means there’s a normal amount of A1AT in the blood.

If instead they had one normal copy and one mutant copy, Z, abbreviated PiMZ, the mutated gene only contributes ~ 10% normal amounts, so these individuals only have about 60% the normal levels, which is usually enough to protect the lungs in non-smokers.