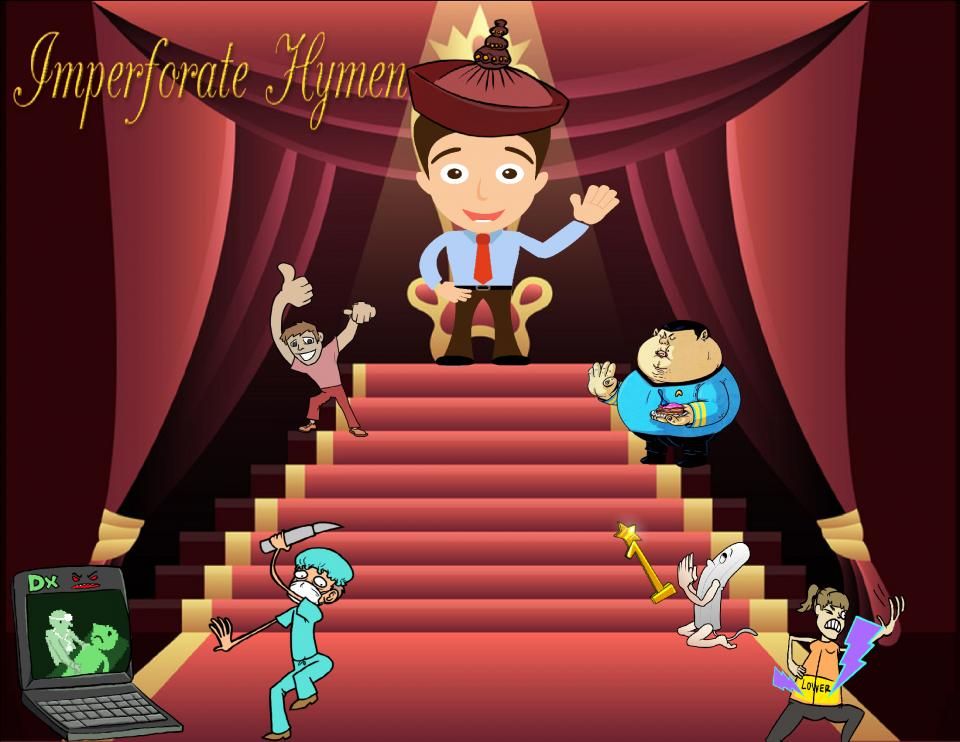 LH and FSH then stimulate the gonads to produce sex hormones; in females, LH and FSH stimulate the ovaries to secrete estrogen and progesterone, which are responsible for the female primary sexual characteristics.

These are the changes necessary for reproduction, including menstruation, ovulation, and uterine development.

LH and FSH are also responsible for the development of secondary sex characteristics that aren’t required for reproduction, like breast development, hip widening, and hair growth mainly on the axillae and genital areas.

Now, once sex hormones have done their job, they signal the hypothalamus and pituitary to turn off the secretion of GnRH, FSH, and LH.

Menarche, which refers to the first menstrual period, occurs during early adolescence or puberty, usually by the age of 15.

Following menarche, the menstrual cycle recurs on a monthly basis until a person reaches menopause, pausing only during pregnancy.

During the menstrual cycle, the ovaries and the endometrium each undergo their own set of changes, which are separate but related.

Now, the first two weeks of the menstrual cycle is called the preovulatory or follicular phase, and this corresponds to the menstrual and proliferative phases of the endometrium.

During this phase, the pituitary mainly secretes FSH, which stimulates follicles scattered throughout the ovaries to start developing and secreting estrogen.

The increased estrogen levels act as a negative feedback signal, telling the pituitary to secrete less FSH. As a result, some of the developing follicles in the ovary will regress and die off.

However, the follicle that has the most follicle stimulating hormone receptors, will continue to grow, becoming the dominant follicle that will eventually undergo ovulation.

Now, estrogen levels start to steadily climb higher and higher, the estrogen from the dominant follicle now becomes a positive feedback signal; that is, it makes the pituitary secrete a whole lot of FSH and especially LH.

This surge stimulates ovulation, which is the rupture of the dominant follicle to release the oocyte, so the secretion of estrogen decreases.

Meanwhile, the uterus is preparing the endometrium for implantation and maintenance of pregnancy.

This process begins with the menstrual phase, which is when the old endometrial lining from the previous cycle is shed and eliminated through the vagina, producing the bleeding pattern known as the menstrual period.

The menstrual phase is followed by the proliferative phase, during which high estrogen levels stimulate thickening of the endometrium, as well as emergence of spiral arteries to feed the growing functional endometrium.

This corresponds to the secretory phase of the endometrium, where the uterine glands begin to secrete more mucus.

Now, the corpus luteum secretes estrogen, which rises again, as well as lots of progesterone, which acts as a negative feedback signal on the pituitary, decreasing release of FSH and LH.

Over time, the corpus luteum gradually degenerates into the nonfunctional corpus albicans.

When progesterone reaches its lowest level, the spiral arteries collapse, and the endometrium prepares to shed through menstruation.

This shedding marks the beginning of a new menstrual cycle and another opportunity for fertilization. Okay now, amenorrhea can be classified as primary or secondary.

For your exams, some high yield causes of primary amenorrhea include Turner syndrome, müllerian agenesis, and imperforate hymen.

Most often, secondary amenorrhea is caused by natural processes, such as pregnancy, menopause, and breastfeeding.

However, in some cases, secondary amenorrhea can be caused by an underlying disorder.

For your exams, the most important is a hormonal imbalance at any level of the hypothalamic-pituitary-ovarian axis, such as functional hypothalamic amenorrhea; hyperprolactinemia; and polycystic ovarian syndrome or premature ovarian failure.

Now, keep in mind that all these underlying disorders may also occur before menarche, in which case they would lead to primary amenorrhea.

All right, so let’s dive into the causes of primary amenorrhea. The most common cause is Turner syndrome, which is characterized by having 45 chromosomes with only one X chromosome.

In most cases, this happens when a nondisjunction event occurs during meiosis of the paternal gamete, so that the sperm cell lacks a sex chromosome.

Conversely, if the nondisjunction occurs after formation of the zygote during mitosis, the result is a mosaic karyotype, meaning that some cells are 45,X and others are 46,XX.

For your exams, you should recognize some clinical features that are characteristic for Turner syndrome. Firstly, infants may have a variety of congenital malformations.

These can include a horseshoe kidney, which is when the two kidneys fuse at the bottom, forming a U shape; as well as cardiovascular abnormalities, like bicuspid aortic valve and coarctation or narrowing of the aorta, which are the most common causes of death in childhood.

Another very common finding in infants are <a href="/learn/Lymphatic_system_anatomy_and_phys