A 52-year-old man with acute lymphoblastic leukemia (ALL) began his first cycle of chemotherapy two days ago. Today, he endorses severe nausea and vomiting. Which of the following structures is involved in the pathway responsible for this patient's symptoms? 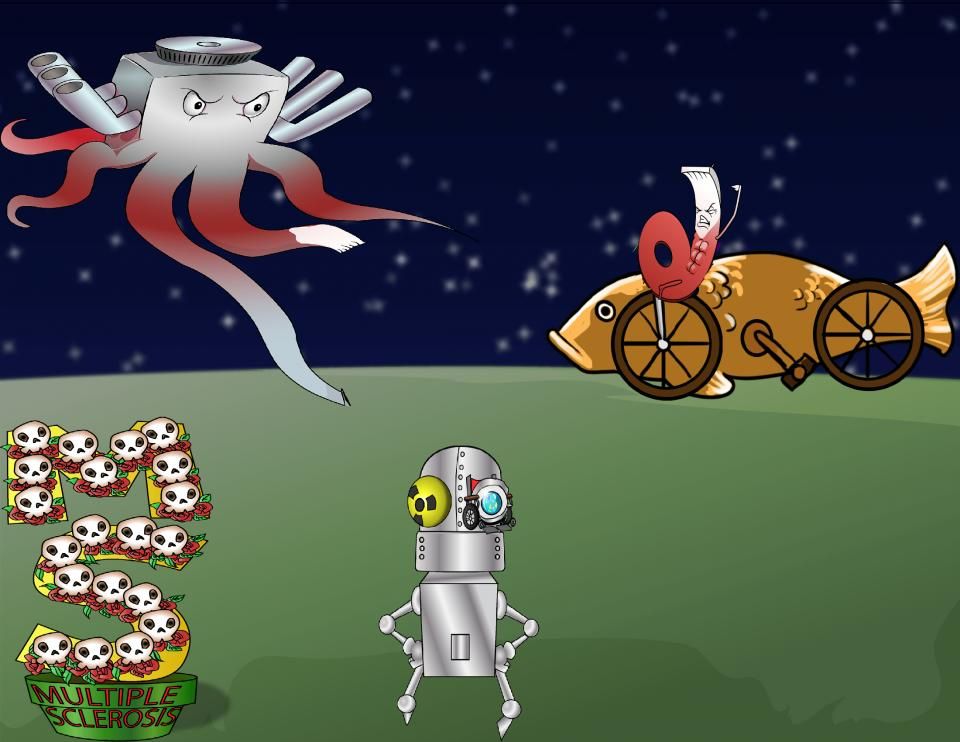 The cerebellum, which is  latin for ‘little brain’, is a part of the brain that plays a major role in posture, balance, maintenance of muscle tone and coordination of skilled voluntary motor activities. The brainstem, on the other hand, is a trunk-like structure that connects the higher parts of the central nervous system with the spinal cord and serves as a center for life sustaining reflexes, such as breathing and our heartbeat. Injury and disease to these parts of our brain can result in a variety of complex neurological problems, which can even have life threatening consequences.

First off, let’s look at lesions of the cerebellum, which can be caused by a variety of things such as stroke, space occupying lesions, infections, or drug toxicities. Remember that the cerebellar cortex can be divided into three functional regions that are positioned longitudinally: the lateral zone; the intermediate or paravermal zone; and the median or vermal zone.

One type of lesion is a lateral lesion of the cerebellum, which affects the lateral and intermediate zone of the cerebellum and their associated cerebellar nuclei, which impairs voluntary movements of the extremities. Think Lateral lesions affect Lateral structures! The lateral zone assists in motor planning, and the intermediate zone has been shown to control muscles of the distal parts of the limbs, particularly the hands and feet.

Clinically, lateral cerebellar lesions can cause ipsilateral limb ataxia, meaning loss of coordination of the limb on the same side as the lesion. This can manifest as: intention tremor, which are involuntary, trembling movements that occur with voluntary targeted movements; dysmetria, which is when individuals overshoot or undershoot an intended position of the extremities for example during the finger to nose test; dysdiadochokinesia which is the inability to perform fast alternating movements; a loss of balance with a tendency to fall to the same side as the lesion, and finally reduced muscle tone on the ipsilateral side.

Clinically, medial lesions cause truncal ataxia, which is when individuals have an unsteady and wide based gait, sometimes referred to as drunken sailor gait. Lesions of the flocculonodular lobe tend to cause vestibular symptoms, such as nystagmus, vertigo and vomiting. One of the most common causes of medial cerebellar degeneration in adults is chronic alcohol abuse, while in children damage is often caused by brain tumors such as medulloblastomas or ependymomas.

Let’s take a short break and see if you can compare clinical symptoms of the lateral versus medial lesions to the cerebellum.

Now, the cerebellum sits in the posterior cranial fossa, covered by a fold of dura mater called the tentorium cerebelli. This fold separates the cranial cavity into the infratentorial space containing the cerebellum and parts of the brainstem, and the supratentorial space containing the cerebrum. On the anterior part of the tentorium, there is an opening called the tentorial incisure or notch, through which the brainstem passes. Since the cranium is a hard structure that can’t expand, if supratentorial intracranial pressure rises, it can force parts of the brain to protrude through the tentorial incisure, causing a transtentorial herniation.

In a central or downward transtentorial herniation, the whole brainstem is pushed downward, or caudally, through the tentorial notch. This can occur because of severe cerebral edema, like after a traumatic head injury. Other possible causes are space occupying lesions of the brain particularly in the supratentorial space, such as tumors or hemorrhages. When herniation develops rapidly, it can tear off small paramedian basilar artery branches that supply the medulla and pons. These small parenchymal bleedings are called Duret hemorrhages. Unfortunately, these are usually fatal, seeing as the brainstem plays a vital role in breathing and regulating heartbeat.

Another type of transtentorial herniation is called an uncal herniation, where the medial part of the temporal lobe, called the uncus, is pushed through the tentorial notch where it compresses on the midbrain of the brainstem. It’s usually caused by an expanding mass such as hematomas, tumors, or abscesses in the temporal lobe.

One of the first structures that can become compressed is the oculomotor nerve, or cranial nerve III, on the ipsilateral side. This nerve arises from the midbrain between the cerebral peduncles, providing motor control to the eye muscles, as well as relaying parasympathetic innervation for the constriction of the iris and accommodation of the lens. Since the parasympathetic fibers are positioned superficially to the motor fibers, they’re the first to become compressed, resulting in a dilated and fixed pupil often referred to as a ‘blown pupil’ and paralysis of accommodation of the ipsilateral eye.

As compression progresses, the motor fibers get affected as well, causing oculomotor nerve palsy, resulting in the eye being pulled downwards and outwards due to unopposed action of the superior oblique and lateral rectus muscles which are innervated by cranial nerve IV and cranial nerve VI respectively. This can cause symptoms like double vision, diplopia, as well as potential ptosis as the oculomotor nerve supplies the upper eyelid muscle. The uncus can also compress on the cerebral peduncle where descending corticospinal fibers decussate, which may lead to contralateral hemiparesis.

Last but not least, there’s cerebellar tonsillar herniation, which can be caused by tumours or bleeds leading to elevated intracranial pressure in the posterior cranial fossa. This increased intracranial pressure causes the cerebellar tonsils to herniate down through the foramen magnum. The tonsils can then compress the brainstem and its respiratory and cardiac centers, leading to coma and potential death.

Let’s take another short break and see if you can recall three most common types of herniations involving the brainstem and cerebellum.

Let’s switch gears and talk about the lesions of the brainstem, starting with the midbrain. Lesions or compression of the tectum or dorsal part of the midbrain at the level of the superior colliculi can lead to dorsal midbrain syndrome, also known as the Parinaud syndrome. They involve the vertical gaze center causing vertical gaze palsy, where individuals are unable to perform upward or downward conjugate gaze. Lesions also involve the Edinger Westphal nuclei, causing light-near dissociation, where pupils do not react to light but react to accommodation.

Damage to the dorsal midbrain in Parinaud Syndrome can also cause bilateral eyelid retraction, revealing the sclera above the superior corneal limbus, which is known as the Collier sign. This mechanism is not fully understood, but is thought to be due to overstimulation of the upper eyelid muscles. Finally when an individual tries to look upwards, there may be irregular, jerky nystagmus that is associated with convergence and retraction of both eyes, particularly with upward gaze, and this is called convergence-retraction nystagmus. This can happen because of sustained contraction of the medial rectus and other extraocular muscles. Parinaud syndrome can be caused by a stroke to the dorsal midbrain, a tumour of the pineal gland, called a pinealoma, and hydrocephalus.

Now, the midbrain is home to many structures, one of which is the medial longitudinal fasciculus, or MLF for short. Damage to the MLF can cause what's called internuclear ophthalmoplegia, which is an impairment of horizontal conjugate gaze. Remember that for horizontal gaze, the frontal eye field sends a signal to the contralateral paramedian pontine reticular formation, which then communicates with the abducens nucleus on that side to act on the contralateral lateral rectus muscle of the frontal eye field where the signal was sent. Simultaneously, fibers from that abducens nucleus also sends fibers through the MLF tract to communicate with the oculomotor nucleus on the ipsilateral side of the original signal from the frontal eye field to act on the medial rectus muscle of the ipsilateral eye, allowing both eyes to coordinate horizontal gaze together in the same direction.