A 64-year-old man comes to the physician for evaluation of dysarthria and dysphagia. The patient’s symptoms started three months ago. Past medical history includes type II diabetes mellitus and hypertension, both poorly controlled. Current medications include metformin, glyburide, losartan, and atorvastatin. He has a 40-pack-year smoking history. Temperature is 37.5°C (99.5°F), blood pressure is 162/89 mmHg, and pulse is 80/min. Examination of the head and neck reveals atrophy and fasciculations of the tongue. Rightward deviation of the tongue is noted when the patient is asked to protrude the tongue. He has no sensory or motor abnormalities in other parts of the face or the body. Further evaluation of this patient’s clinical history will most likely reveal the following? 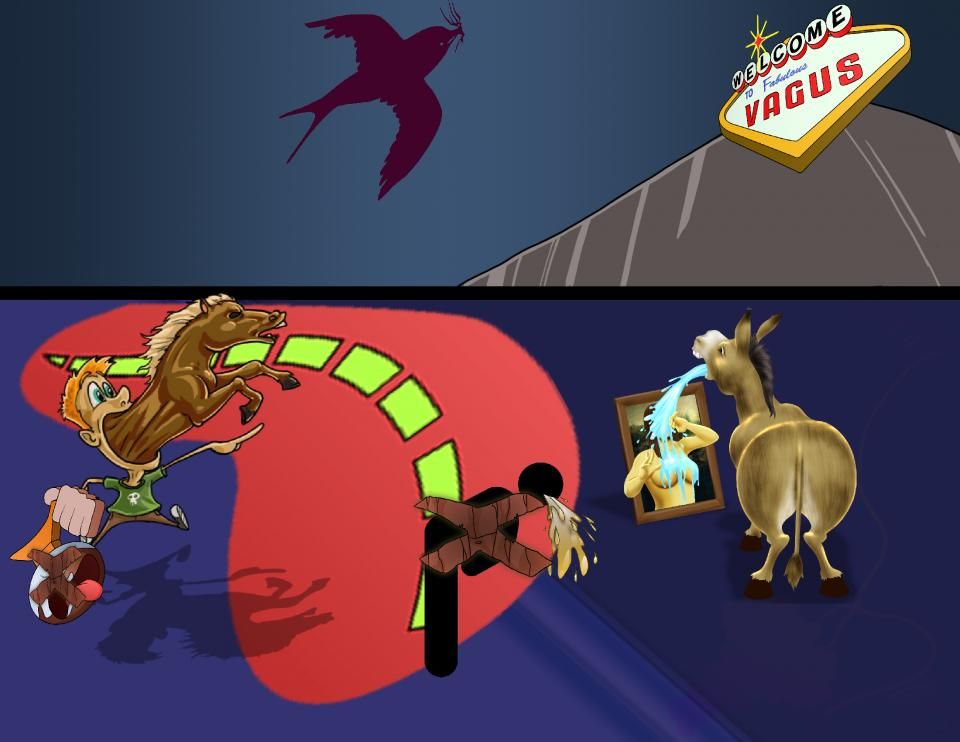 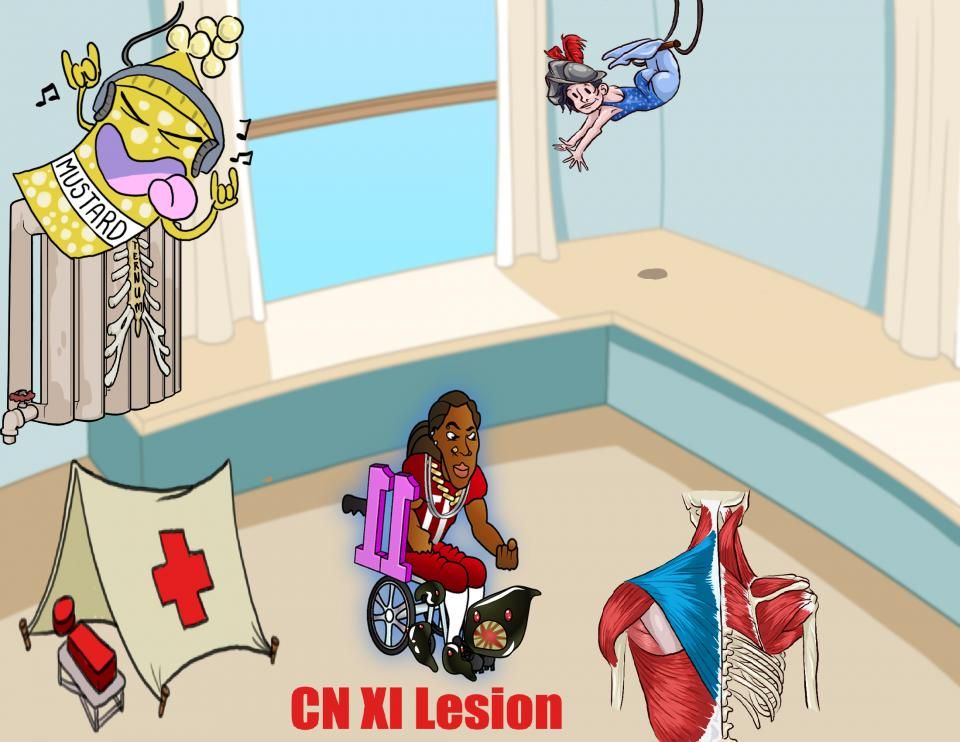 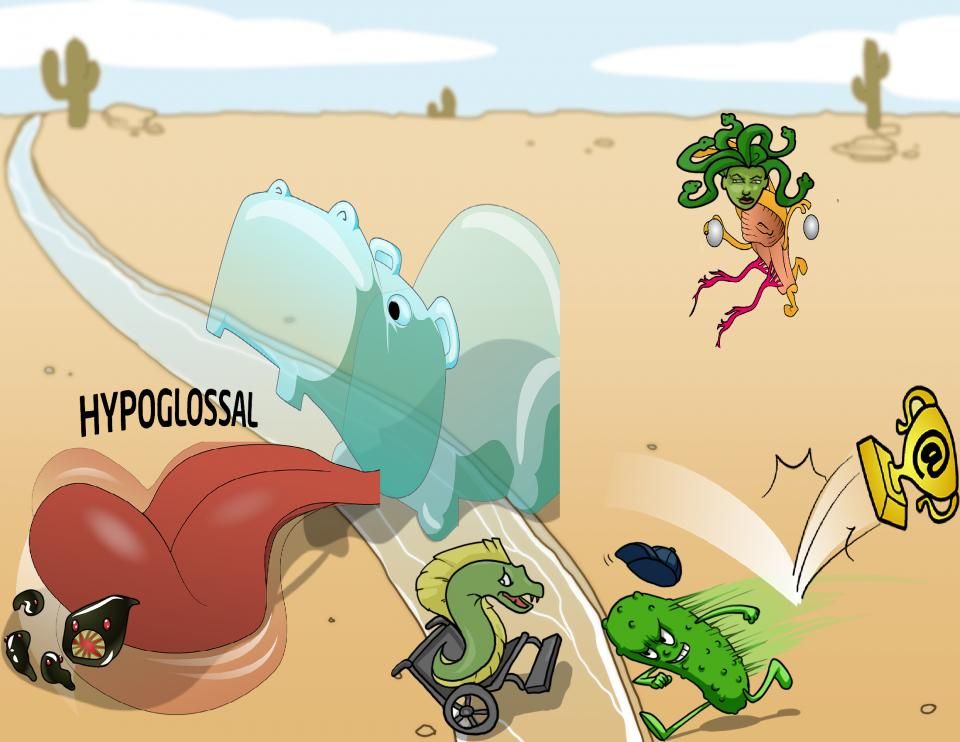 The glossopharyngeal, vagus, spinal accessory, and hypoglossal nerves, also known as cranial nerves IX, X, XI, and XII, respectively, all combine to carry sensory, motor, and parasympathetic innervation to the pharynx, larynx, tongue, and many other regions. Injury of these nerves can affect important functions like swallowing, the gag reflex, breathing, and even cardiac output. Now, we know that cranial nerves can be a hard pill to swallow, but soon you’ll see that by knowing the anatomy and the important functions of these nerves, the clinical presentations and the management of these injuries isn’t so difficult to understand.

First, let’s discuss bulbar palsy, which refers to a unilateral lower motor neuron lesion of cranial nerves IX, X, XI and XII, and it’s caused by a lesion in the medulla that affects the nucleus ambiguus and the hypoglossal nucleus. Symptoms are associated with impaired function of the affected nerves. For example, if the glossopharyngeal nerve is damaged, this causes difficulty with swallowing. Other common symptoms include nasal regurgitation, slurred speech, and difficulty speaking. Also, reflexes like the gag reflex and jaw jerk are usually absent.

Now, a hypersensitive carotid sinus reacts too strongly to a rise in blood pressure, which leads to overactivation of the parasympathetic innervation and a drop in blood pressure that can cause dizziness or syncope.

Carotid sinus massage is a maneuver that can tell us if there is carotid sinus hypersensitivity, and can help to diagnose or treat paroxysmal supraventricular tachycardia. The way this works is that by applying external pressure to the carotid sinuses, the baroreceptors become activated as if there is a high blood pressure. This causes them to send their impulses through the glossopharyngeal nerve up to the solitary nucleus. The solitary nucleus then sends impulses down through the parasympathetic nerve fibers of the vagus nerve which tell the sinoatrial and atrioventricular nodes to slow down, leading to a reduction of the heart rate. Since there is a parasympathetic effect mediated through the vagus nerve, a carotid sinus massage is sometimes referred to as a vagal maneuver.

The glossopharyngeal and vagus nerves also play a role in the gag reflex. The gag reflex is an important mechanism that prevents objects in the oral cavity from entering the throat and also helps prevent choking. This reflex has an afferent limb supplied by the glossopharyngeal nerve, and an efferent limb supplied by the vagus nerve. Damage to either of these nerves will result in a diminished or lost gag reflex. If the glossopharyngeal nerve is damaged on one side, there will be no gag reflex when that side of the soft palate or posterior tongue is stimulated. The taste and general somatic sensation on the posterior third of the tongue on that side will also be lost. An example of when the glossopharyngeal nerve is vulnerable to injury is during tonsillectomies. Now, if the vagus nerve on one side is damaged, the sensation and taste will be normal, but pharyngeal muscles will only contract on the healthy side. The main complication of diminished or lost gag reflex is difficulty swallowing as well as a risk of aspiration and choking.

Ok, it’s time for a quiz. Can you recall the differences between the bulbar and the pseudobulbar palsy?

Great! Now let’s talk about each nerve separately. The word “Vagus” comes from the latin word “vagary”, which means wandering. This reflects the vagus nerve’s wide distribution throughout the body - in fact, it’s the most extensively distributed cranial nerve! The vagus nerve has plenty of branches, but let’s focus on just three for now: the group of pharyngeal branches, the superior laryngeal nerve, and the recurrent laryngeal nerve.

Now, to assess for injury to the pharyngeal branches, it’s often enough to just look at the uvula. Seriously! That’s because these branches also innervate the levator veli palatini muscles on either side, which keeps the palatal arches elevated, and the uvula in the center. Now, if the vagus is damaged on one side, the palatal arches of that side will drop, while the arches on the contralateral side keep pulling the uvula, so it deviates to the contralateral, healthy side.

Finally, the recurrent laryngeal nerve in the neck passes adjacent to the inferior thyroid artery and its branches. An enlarged thyroid can put pressure on the nerve, and procedures like neck surgeries and thyroidectomies can injure the nerve.