A 28-year-old man is brought to the emergency department after a tree fell across his pelvis. The patient has severe pelvic pain. Past medical history includes type I diabetes mellitus. Medications include NPH insulin and over-the-counter nasal decongestants. Temperature is 37.0°C (98.6°F), pulse is 90/min, respirations are 20/min, and blood pressure is 100/75 mmHg. The patient is drowsy but responds to verbal commands. The abdomen is nondistended. Urologic examination reveals blood at the external urethral meatus. He is started on intravenous fluids, and a suprapubic cystostomy is performed. Which of the following abdominal layers is pierced during this procedure? 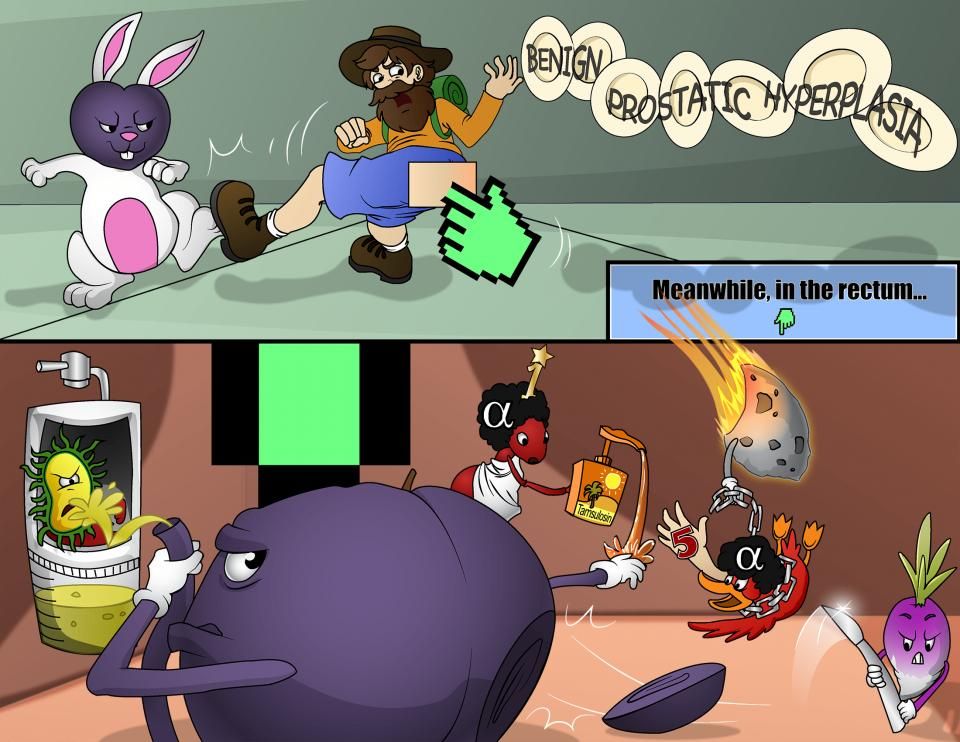 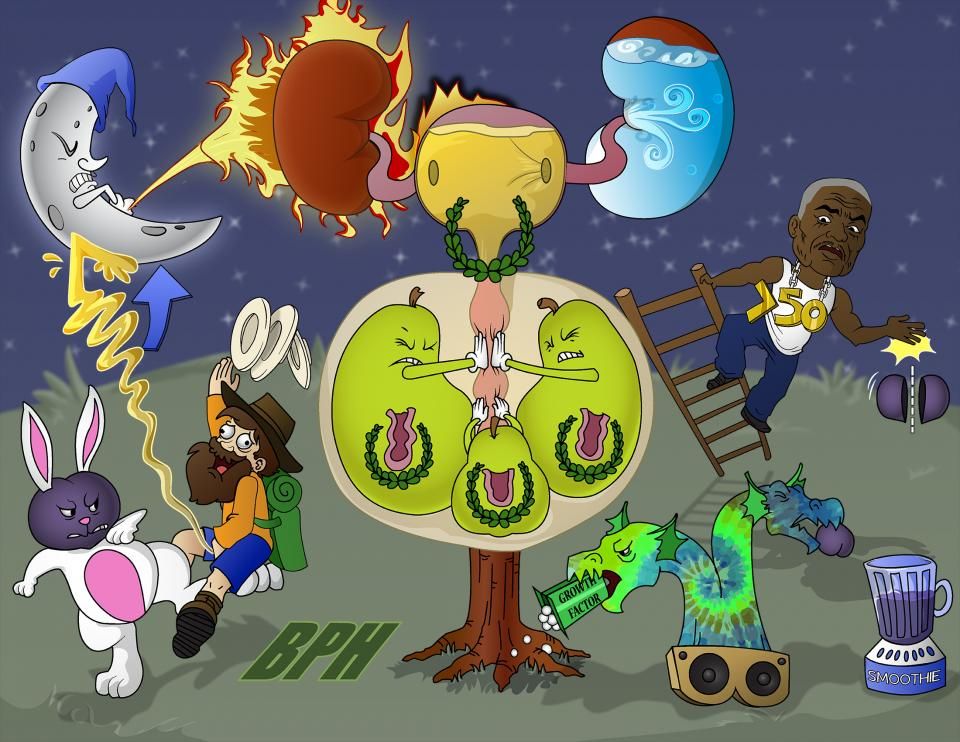 The pelvis lies between the abdomen and the lower limbs, forming the lower part of the trunk. It supports and contains organs of the gastrointestinal system, the urinary system, and the reproductive system.

Furthermore, the structure and contents of the pelvis differs between biological male and biological female individuals. For biological males, there are many clinical conditions that can affect the pelvis and the perineum, and we mean more than just the ones that will make you famous on Youtube or get you on America’s Funniest Home Videos.

The pelvis is formed by the ilium, ischium, pubis, and sacrum, forming a ring of bones called the pelvic ring. Pelvic bones, like any other bone in the body, are susceptible to injury and subsequent fracture. Fractures of the pelvis usually occur following severe trauma, and this can happen through a variety of mechanisms.

Fractures can occur in isolation, but since the pelvis is shaped like a bony ring, they tend to occur in two or more areas simultaneously, which means they’re unstable fractures. Think of trying to break a pretzel at only one point!

Direct trauma, for example a car crash, may fracture susceptible areas such as the pubic rami, the acetabulum, the sacroiliac joints, and the ala of the ilium. Other mechanisms of injury include falling directly on one of the lower limbs, which can force the head of the femur into the pelvic cavity through the acetabulum. These different injuries can damage pelvic structures such as vessels, nerves, and viscera, resulting in a variety of clinical manifestations.

One classic example is called an open book fracture, where there is pelvic ring disruption due to anterior widening typically at the pubic symphysis. Fracture of the medial portion of the pubic rami can lead to injury of the urinary bladder and urethra, as well as sensory damage to the anterior and medial thigh and motor weakness to the muscles supplied by the femoral nerve.

Generally, pelvic fractures cause pain that increases with movement and mobility, as well as swelling and bruising at the area of impact. In more severe cases, pelvic fractures can cause damage to vascular structures and organs of the pelvis, which can lead to life threatening hemorrhage that fills the expanded pelvis and extends into the retroperitoneum.

In patients with life threatening hemorrhage and hemodynamic instability, quick stabilization with a pelvic binder is done. This is a device that compresses the pelvis along with the hemorrhaging vessels, therefore controlling the bleeding. Surgery may be done, which aims to stabilize and reduce the fracture.

All right, now let’s switch gears and talk about the prostate gland, which is a small gland, about the size of a walnut, which is positioned inferior to the bladder and anterior to the rectum. One of the most common conditions affecting the prostate is benign prostatic hyperplasia, or BPH for short.

Patients typically report that they have a slow urinary stream, they strain when trying to void, or they have dribbling of urine. This can all lead to an increased risk of urinary tract infections, bladder distension, and renal injuries.

BPH is often diagnosed clinically with a digital rectal examination, or DRE. Here, a finger is inserted into the rectal orifice where it is directed anteriorly to feel the prostate through the anterior wall of the rectum, which is in contact with the posterior surface of the prostate.

In benign prostatic hyperplasia, the DRE findings may be normal, however the prostate can be enlarged, where it will have a homogeneously smooth and soft consistency. This is in contrast to adenocarcinoma of the prostate, where a DRE would reveal a hard, irregular consistency of the prostate.

However, it’s worth noting that a definitive diagnosis of either BPH or prostate adenocarcinoma requires a prostatic biopsy, and only histological and pathological examination can distinguish benign disease from malignant disease.

Now, there are also some clinical differences between the two. BPH typically affects the transitional zone and compresses the prostatic urethra, so it causes symptoms earlier than adenocarcinoma.

Prostatic adenocarcinoma, on the other hand, typically affects the posterior lobe or peripheral zone of the prostate, so patients experience urinary symptoms much later, and they’ll often present with more advanced disease progression and metastases - most often, to lymph nodes, liver, lungs, brain and bone.

Treatment of BPH aims at relieving the obstruction and allowing the urine to flow normally. This can be done by using 5 alpha-reductase inhibitor medications such as finasteride, which inhibits the action of androgens on the prostate by preventing conversion of testosterone to dihydrotestosterone, trying to limit prostate enlargement. Alpha-adrenergic blockers such as tamsulosin can also be used which relax the smooth muscle in the prostate and bladder neck to alleviate the symptoms.

Additionally, a transurethral resection of the prostate, or TURP, may be done, where “transurethral” means, well, through the urethra! During a TURP, an instrument called a cystoscope is inserted through the tip of the penis and into the urethra to access the prostate gland. Then, the enlarged part or even the entire prostate can be removed.

Following TURP, or instead of it, a prostatectomy can also be performed, which is the surgical removal of the prostate or part of it. There are two types of prostatectomy. A simple prostatectomy refers to the removal of prostate tissue within its capsule through methods such as open surgery, laparoscopic surgery, or even robotic surgery where a transurethral approach is difficult, and is often reserved for BPH.

On the other hand, a radical prostatectomy is the removal of the entire prostate gland, seminal vesicles, ejaculatory ducts, terminal ductus deferens, and potentially the surrounding lymph nodes. This is typically done to treat more invasive disease, like prostate adenocarcinoma.

In a prostatectomy, potential injury to the internal urethral sphincter can occur, and this results in urinary incontinence. Additionally, within the prostatic fascia, there’s the prostatic nerve plexus which originates from the inferior hypogastric plexus, which receives parasympathetic innervation from the S2-S4 nerve roots.

This prostatic plexus may become damaged during surgery and this is important as it gives rise to the cavernous nerves, which carry postsynaptic parasympathetic nerve fibers innervating the corpora cavernosa which are responsible for maintaining an erection. To remember this, think of the phrase ‘S2, 3, 4 keeps the penis off the floor’. So, damage to the prostatic nerve plexus can result in erectile dysfunction, which is the inability to get or maintain an erection.

Remember that an erection happens when the parasympathetic nerve fibers are stimulated, which causes the cavernosal spaces to expand and fill with blood. Then, the corpora cavernosa grow in size, and the penis maintains an erection.

Ejaculation, on the other hand, and prevention of retrograde ejaculation is governed by sympathetic innervation, which comes from the T11 through L2 nerve roots and travels with the abdominopelvic splanchnic and hypogastric nerves.

Okay, now let’s take a deep breath and have a quick quiz! Can you name this condition in the prostate? Okay, now this condition may be diagnosed with this clinical exam, can you recall its name?

Okay, now let’s switch gears and look at how the anatomy of the male reproductive organs can impact reproduction! Remember that the testes produce sperm cells, technically called spermatozoa, which are stored for maturation in the epididymis. Then, the sperm cells are transported through a series of ducts which eventually continue as the ductus deferens, before travelling through the urethra during ejaculation.

In males who no longer want to reproduce, a procedure called a deferentectomy can be done, most commonly known as a vasectomy. Here, part of the ductus deferens is manually felt in the superior part of the scrotum, where local anaesthetic is placed and a small incision is put into the superior part scrotum. The ductus deferens is then located, and it is either ligated or excised.

Following a vasectomy, the male can still ejaculate, but the semen contains no sperm. But where does the sperm go? The sperm eventually degenerates in the epididymis and the proximal part of the ductus deferens. And of note, vasectomy does allow for second chances as the procedure can be reversed and the sectioned ductus deferens can potentially be reattached.

All right, now let’s switch gears and talk about the urethra, which is anatomically different between biological males and females. In females, the urethra is only about 4 centimeters long, and it’s also straighter, and more elastic.

In males, the urethra is longer, measuring roughly between 18 and 22cm, curved, and less elastic. Due to the urethral length, along with the drier periurethral environment in males, they are less prone than females to microbial contamination and subsequent urinary tract infection.