A 35-year-old man is brought to the emergency department after a head-on motor vehicle collision. He was the restrained driver and used his arm to brace the impact. He did not strike his head or lose consciousness. Past medical history is noncontributory, and the patient does not take any medications.  Vitals are within normal limits. Physical examination demonstrates an inability to extend the right wrist and sensory loss over the posterior forearm and dorsolateral hand. Which of the following best describes the underlying mechanism of injury responsible for this patient’s condition? 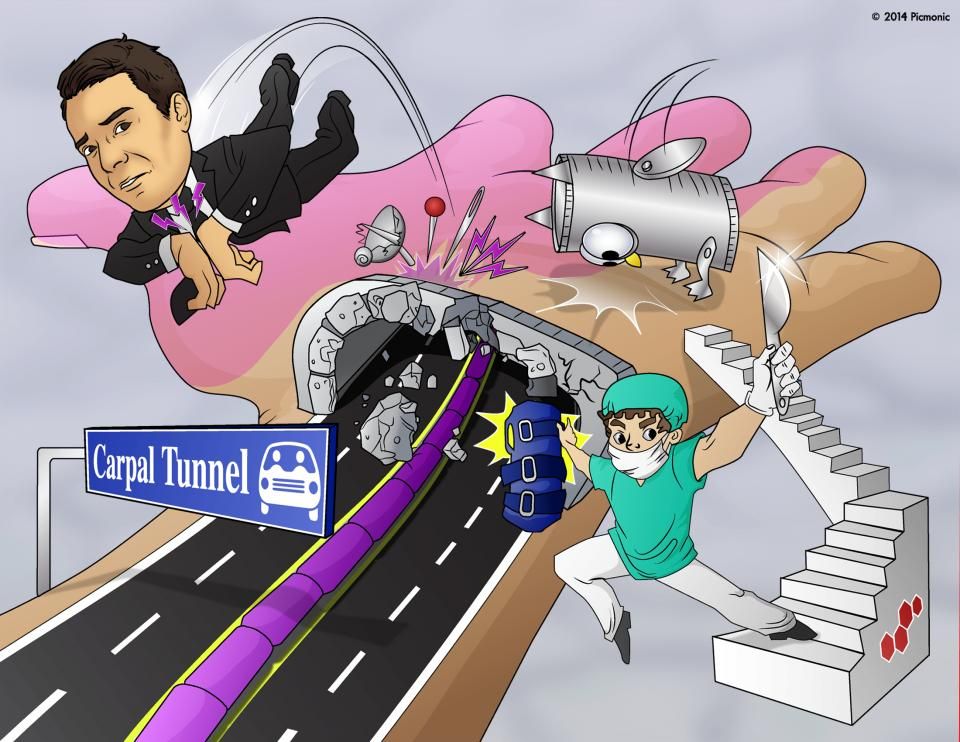 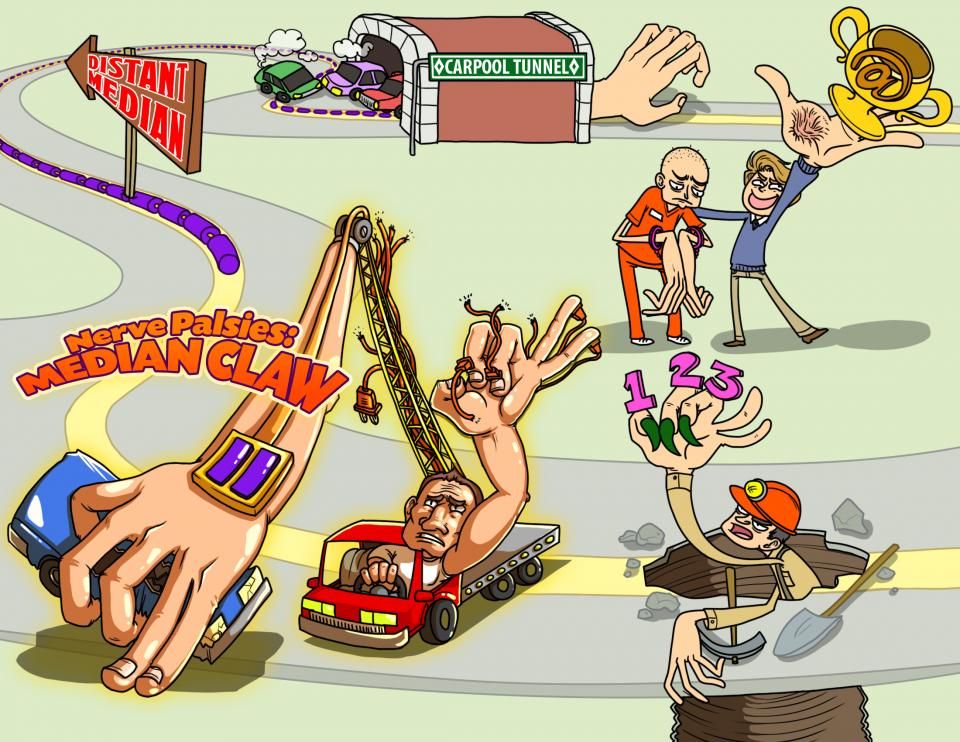 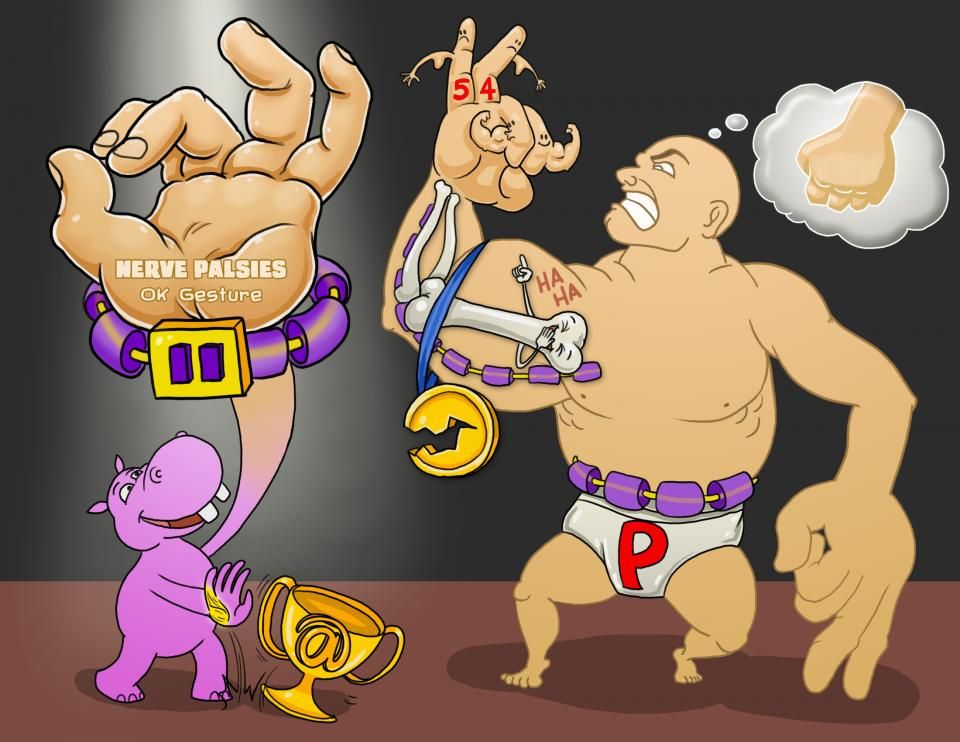 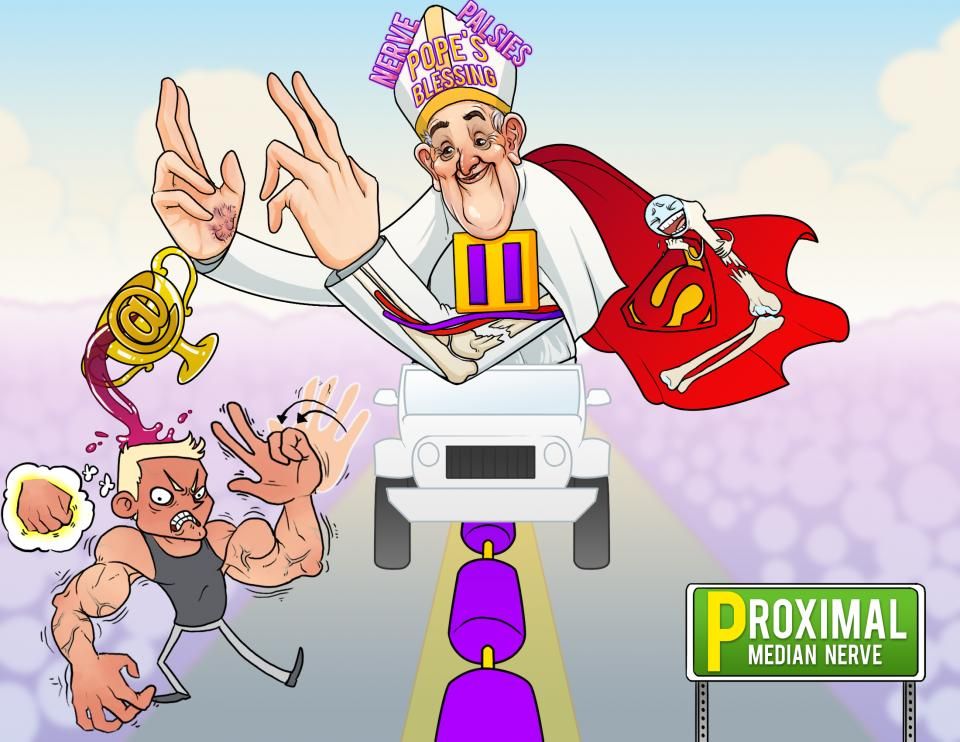 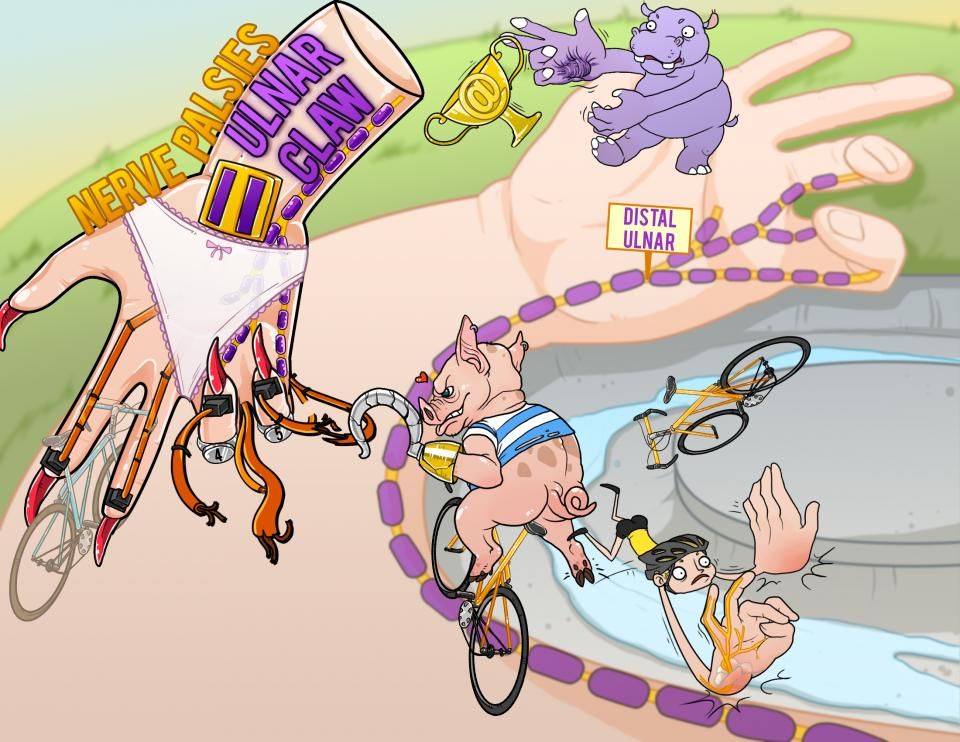 The median, ulnar and radial nerves course through the forearm and wrist, and they help coordinate the movement of our forearms and hands.

These nerves, however, are prone to injury because of various causes, and depending on which one of them is injured, that will result in characteristic symptoms that can help us recognize and identify it.

For the median nerve, the clinical manifestations depend on whether the lesion has occurred distally, as in carpal tunnel syndrome, or proximally, as in an anteriorly displaced portion of a medial supracondylar humerus fracture.

This can happen due to repetitive use, like typing on a keyboard, injuries like an anterior lunate dislocation, or associated with conditions such as hypothyroidism, diabetes, or in pregnancy.

Symptoms of median nerve injury would be pain and paraesthesia in the radial 3 and a half digits, weakness of the first and second lumbrical, thenar atrophy, and weakness of thumb abduction and opposition of the affected hand.

Specifically, the recurrent branch of the median nerve is what provides motor innervation to the thenar muscles of the hand, which are responsible for abduction, flexion and opposition, so with injuries, people may have issues opposing the thumb, and it may be difficult to perform actions like buttoning up a shirt.

Damage to the recurrent branch of the median nerve alone causes what is known as ‘ape hand’, which refers to atrophy of the thenar eminence and inability to oppose the thumb..

Damage to the entire median nerve at the level or the wrist, or distal median nerve, presents clinically as a “median claw”.

Let’s break this down quickly.

If the median nerve is injured, the opposite occurs, so at rest, or when the patient tries to extend all of the fingers, the index and middle fingers stay extended at the MCP, and the DIP and PIP stay flexed, especially since the finger flexors are unopposed, resulting in the median claw.

Now, in a proximal lesion to the median nerve, as in a supracondylar fracture, we have all of the same deficits as in a distal lesion.

So, when an individual is asked to make a fist, they can only flex the 4th and 5th digit, and this presentation, or claw, is referred to as “Pope’s blessing”, or ‘hand of benediction’, and is indicative of a proximal median nerve injury.

Ok, next, there’s ulnar nerve injuries, which can occur anywhere between its origin from the brachial plexus and the ulnar canal, or Guyon canal, in the wrist.

Most commonly, it’s associated with elbow injuries, such as a fracture of the medial epicondyle of the humerus.

It also manifests clinically as an “ulnar claw”.

This is the exact opposite of the “median claw”, where in the ulnar claw we have paralysis of the medial two lumbricals.

So at rest or when the patient tries to extend their hand, the ring and pinky fingers stay extended at the MCP, and the DIP and PIP stay flexed, as the finger flexors are once again unopposed.

Ok, so in a proximal lesion to the ulnar nerve, as in a medial epicondyle fracture, trauma, or prolonged leaning or sleeping on your elbow, we have all of the same deficits as in a distal lesion.