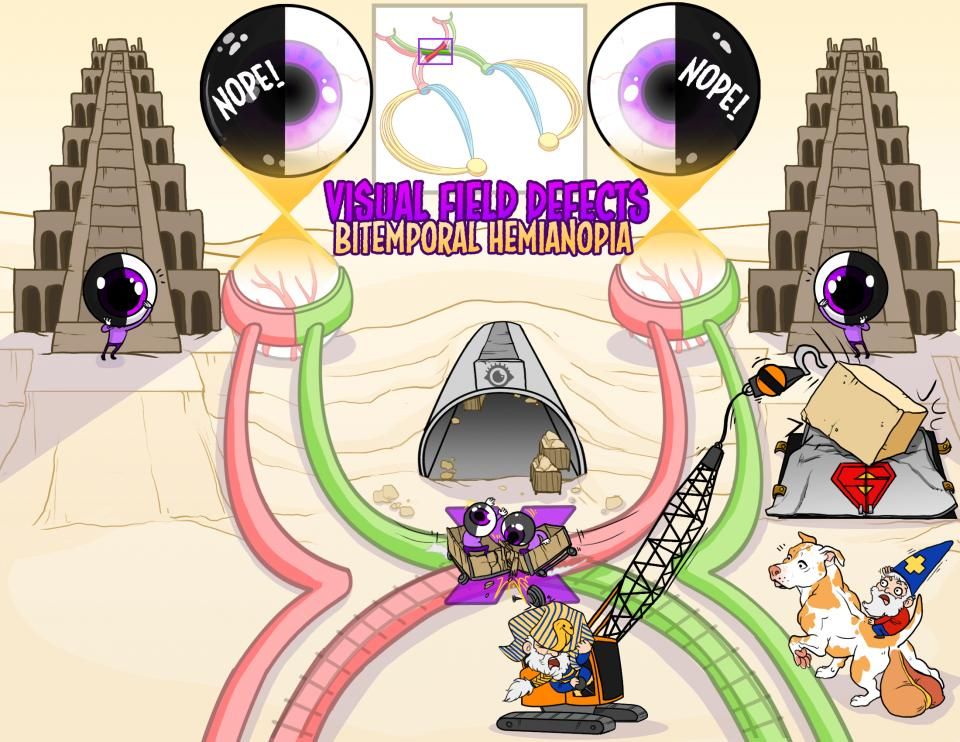 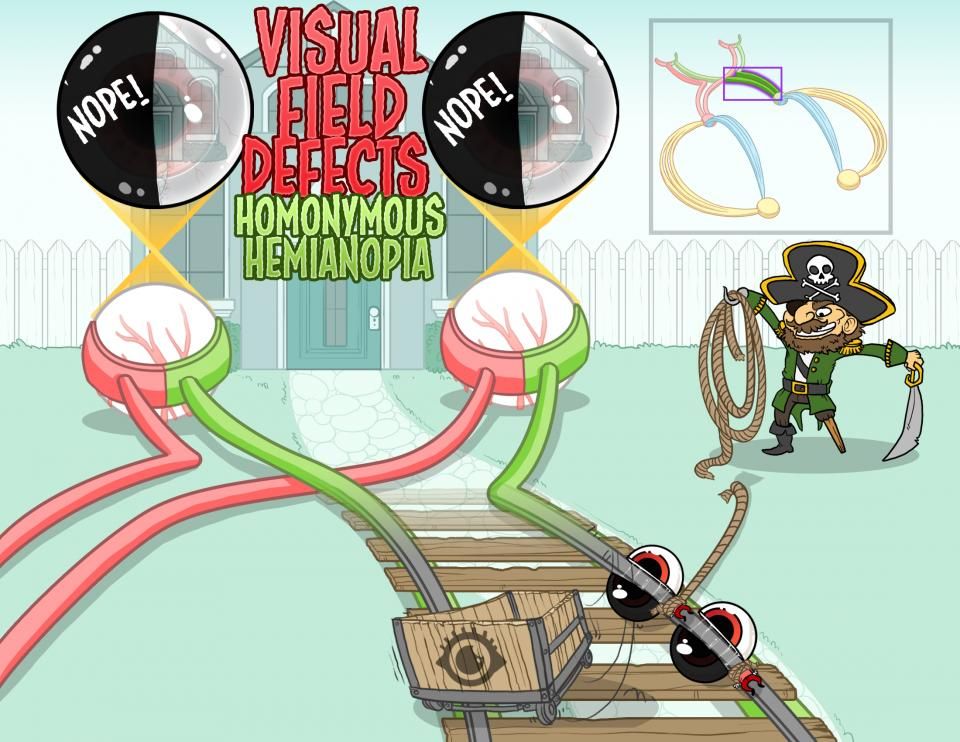 It's time to stop and smell the roses! Or... perhaps stop and see the clinical correlates of cranial nerve 1 and cranial nerve 2? Common sayings aside, this video will focus on the olfactory nerve, or cranial nerve 1, which allows us to experience smells, and your optic nerve, or cranial nerve 2, which allows us to see the world around us. Both of these nerves are prone to injury along their pathways, so knowing their anatomy can help us locate the different types of lesions that affect these nerves and understand why they are prone to injury.

Fast acceleration and deceleration movements, such as a high impact car crash, can cause shearing and tearing of these rootlets as they travel through the cribriform plate. Head trauma, such as a direct blow to the nose, can also fracture the thin cribriform plate, putting the olfactory nerve at risk of injury. The fracture can injure both the rootlets passing through it, or the bulb resting on top of it.

Fracture of the cribriform plate can sometimes present with cerebrospinal fluid rhinorrhea, which is cerebrospinal fluid leaking from the nose - not to be confused with an ordinary runny nose from a cold! Damage to the olfactory nerve can cause anosmia, which means loss of smell. As smell is extremely important in the perception of taste, most individuals with anosmia actually complain of loss of taste. Clinical testing of anosmia is usually not performed, and diagnosis is made by asking the individual if they’ve lost their sense of taste or smell.

One clinical condition that is associated with dysfunction of the olfactory nerve is called Kallmann syndrome. This syndrome occurs when there is a failure of development and migration of neurons from the olfactory placode during fetal development. This structure normally gives rise to both the olfactory nerves responsible for smell, as well as the neurons that secrete gonadotropin releasing hormone, or GnRH. The GnRH neurons migrate from the olfactory placode and settle in the hypothalamus, from where they control secretion of sex hormones, sexual development and reproduction. Therefore, individuals with Kallmann syndrome present with issues related to low GnRH production such as failure to start or complete puberty, delayed growth, low sperm count and amenorrhea, as well as a decreased sense of smell, known as hyposmia, or complete anosmia.

Damage to the optic nerve due to multiple sclerosis causes optic neuritis. Clinical features associated with optic neuritis include unilateral eye pain, which can worsen with eye movements, and visual problems, ranging from small disturbances to complete loss of vision. Additionally, optic neuritis can also lead to dysfunction of the pupillary light reflex, and this is referred to as a relative afferent pupillary defect, or Marcus Gunn pupil.

A normal pupillary light reflex controls the diameter of the pupil in response to light, where the optic nerve is responsible for the afferent portion of the reflex. When light enters either retina, it is sensed by the optic nerve which sends this signal to the pretectal nucleus and then to the Edinger Westphal nucleus. The signal then passes through the oculomotor nerves back to both eyes to cause direct constriction of the ipsilateral pupil and consensual constriction of the contralateral pupil to reduce the amount of light entering the eye.

During the swinging light test in a patient with optic neuritis, shining a light in the normal eye causes bilateral pupillary constriction, but when swinging the light to the affected eye there is a sluggish or absent bilateral pupillary constriction. Sometimes the pupils can actually dilate in response to light. This is because the injured optic nerve can’t properly send afferent signals for the pupillary reflex, resulting in the relative afferent pupillary defect.

Now, let’s discuss lesions of the optic nerve pathway. Optic nerve pathway lesions can occur anywhere from the beginning of the pathway, where the optic nerve first senses light on the retina, to the end of the pathway where the signal is interpreted and processed in the visual cortex of the occipital lobe. Depending on the individual's visual deficits, we can then determine where along the visual pathway the lesion is.