Assessments
Anatomy of the abdominal viscera: Blood supply of the foregut, midgut and hindgut

Anatomy of the abdominal viscera: Blood supply of the foregut, midgut and hindgut 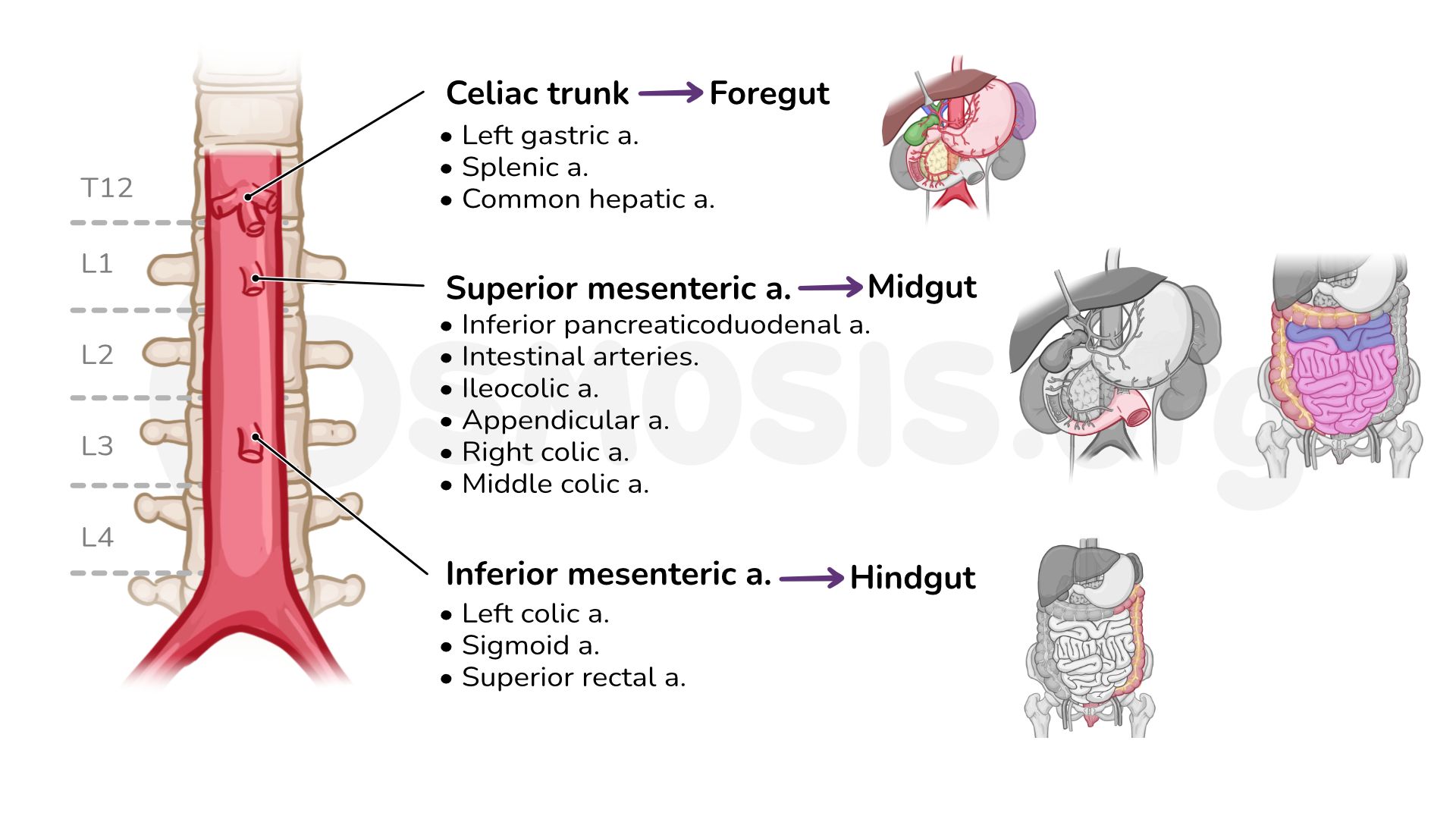 Figure 1: Blood supply of the foregut, midgut and hindgut. Figure 2: Branches of the celiac trunk supplying the foregut. Figure 3: Branches of the superior mesenteric artery supplying the midgut.

Figure 4: Branches of the superior and inferior mesenteric artery supplying the colon. 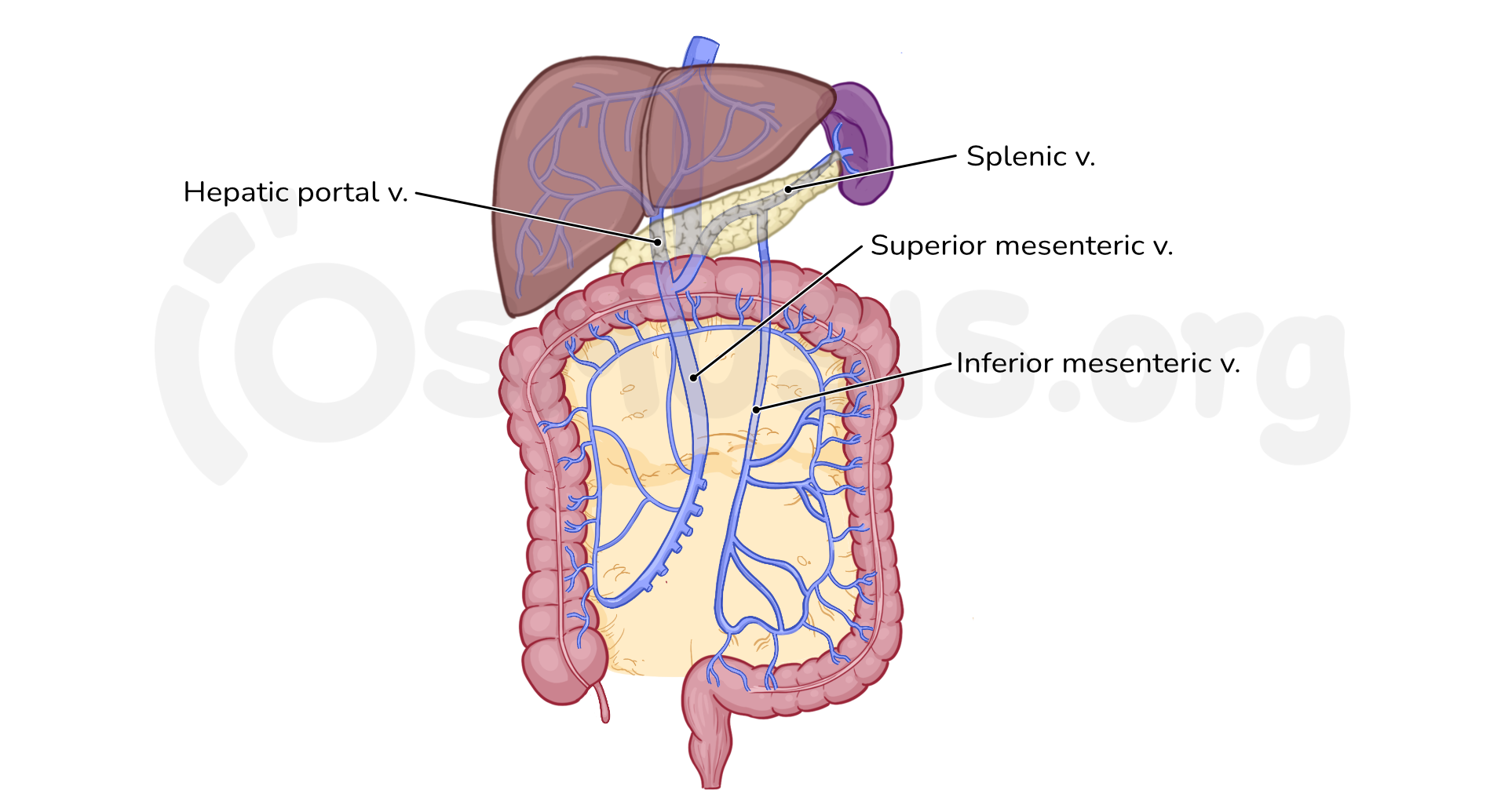 Figure 6: Venous drainage of the colon. 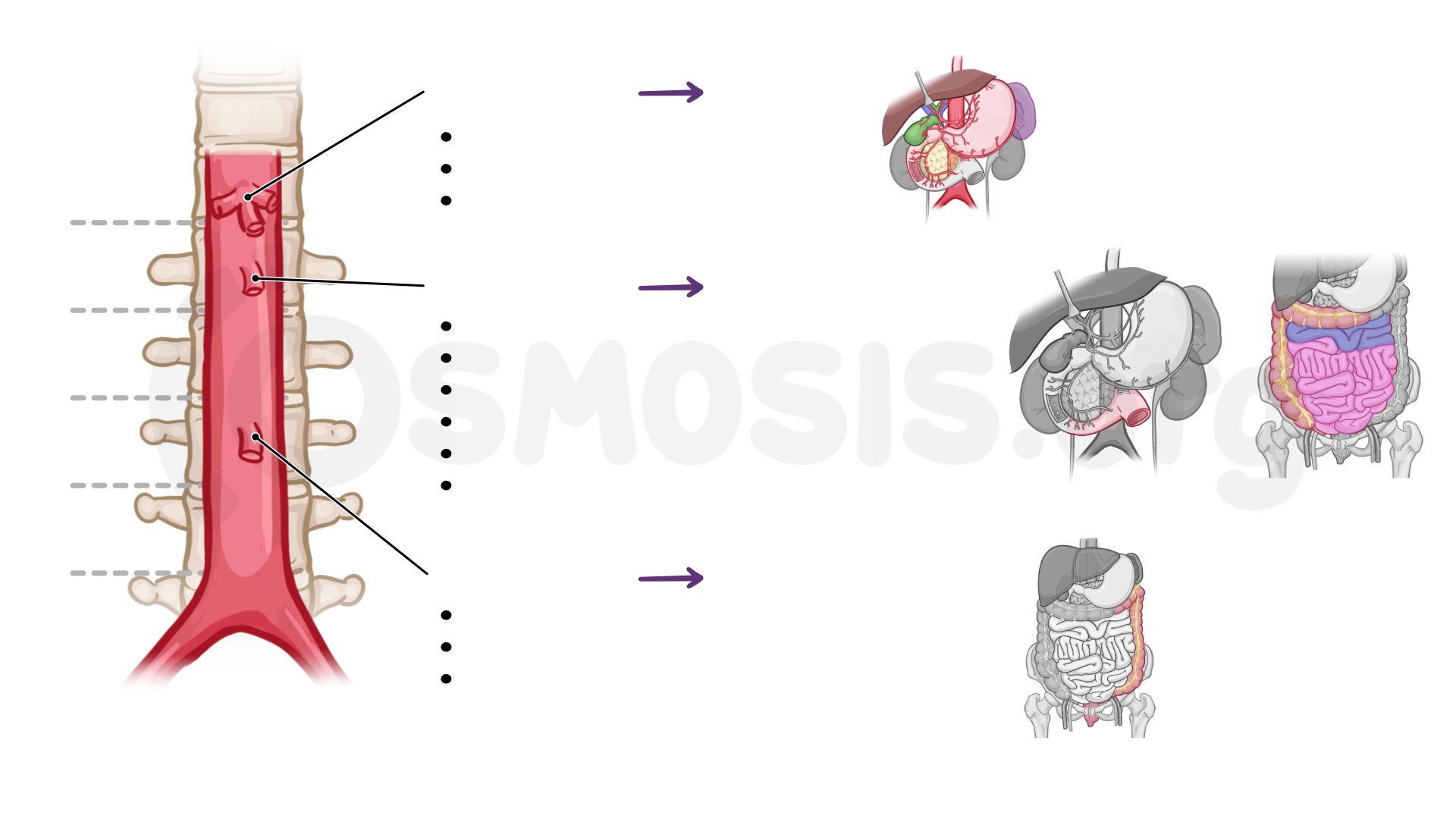 A 45-year-old man is undergoing a sleeve gastrectomy. The procedure involves removing a large portion of the stomach along the middle part of the greater curvature. Which of the following major arteries supplies this region of the gastrointestinal tract? The gastrointestinal tract is essentially a long tube extending from our mouth to our rectum. We rely on it to eat, break down our food and turn it into well...you get the picture.

Due to its role in breakdown and absorption of nutrients, it is important to understand the different divisions and blood supply of the gastrointestinal tract.

The abdominal section of the gastrointestinal tract develops from three embryological structures called the primordial foregut, midgut and hindgut.

And, in turn, the foregut, midgut and hindgut all derive from the three embryonic germ layers: the endoderm, mesoderm and ectoderm.

The mesoderm is what forms the peritoneum, which either completely or partially lines the organs of the peritoneal cavity including the gastrointestinal tract.

It’s important to understand these different embryological divisions as the foregut, midgut, and hindgut each have their own unique blood supply.

The foregut extends from the esophagus to the duodenum at the level of the major duodenal papilla where the pancreatic and common bile duct insert, and it consists of the esophagus, stomach, the proximal duodenum, as well as the liver, gallbladder, pancreas and spleen.

The celiac trunk arises from the anterior wall of the abdominal aorta at the level of the twelfth thoracic vertebra and the aortic hiatus of the diaphragm.

It has a short course, going anteriorly and inferiorly for less than two centimeters before branching into three arteries: the left gastric, splenic and common hepatic arteries. The left gastric artery ascends where it gives the esophageal branch, which supplies the distal portion of the esophagus.

Then, it curves downwards along the lesser curvature and within the lesser omentum, giving smaller branches that supply the anterior and posterior walls of the stomach, and it also anastomoses with the right gastric artery.

The splenic artery travels to the left within the splenorenal ligament, a ligamentous connection between the spleen and left kidney, along the superior border of the pancreas, and it gives branches for the body of the pancreas, a posterior gastric branch, and a branch for the hilum of the spleen.

At the hilum of the spleen, the splenic artery gives short gastric arteries for the fundus of the stomach, and the left gastro-omental, or gastroepiploic artery, that descends along the greater curvature of the stomach and supplies the wall adjacent to it.

Finally, the common hepatic artery goes towards the porta hepatis, which is a small but deep transverse fissure through which all the neurovascular structures of the liver pass.

The common hepatic artery separates into two main branches. The first branch is the gastroduodenal artery that descends behind the first part of the duodenum and gives two more major branches.

The second branch is the superior pancreaticoduodenal artery which soon divides into anterior and posterior branches that descend in front and behind the head of the pancreas, respectively.

These branches supply the head of the pancreas as well as the proximal part of the duodenum. After giving the duodenal artery, the common hepatic artery continues as the hepatic artery proper, and on its way to the liver, it gives the right gastric artery.

This artery runs along the lesser curvature of the stomach, supplying its walls and anastomosing with the left gastric artery. Finally, the hepatic artery proper branches into the left and right hepatic arteries which supply the liver.

The right hepatic artery also gives a branch called the cystic artery that goes within the hepatoduodenal ligament to supply the gallbladder and cystic duct.

Moving on down the abdominal aorta, at the level of the L1 vertebra and about one centimeter inferior to the celiac trunk is the superior mesenteric artery, or SMA.

The SMA branches from the abdominal aorta posterior to the neck of the pancreas, and as it travels inferiorly it emerges anteriorly and medially to the uncinate process of the pancreas.

It also crosses anterior to the left renal vein and the third part of the duodenum. The SMA runs through the layers of the mesentery and goes towards the ileocecal junction in the right lower quadrant, giving many intestinal branches along the way.

From these arcades arise many straight arteries, called the vasa recta, that supply and penetrate the intestines.

Next, the SMA gives off the ileocolic artery which supplies the cecum and parts of the terminal ileum and ascending colon.