Figure 1: Anatomy of the large intestines, A. In situ, B. Gross anatomy, and C. Internal structures of the ileocecal region. 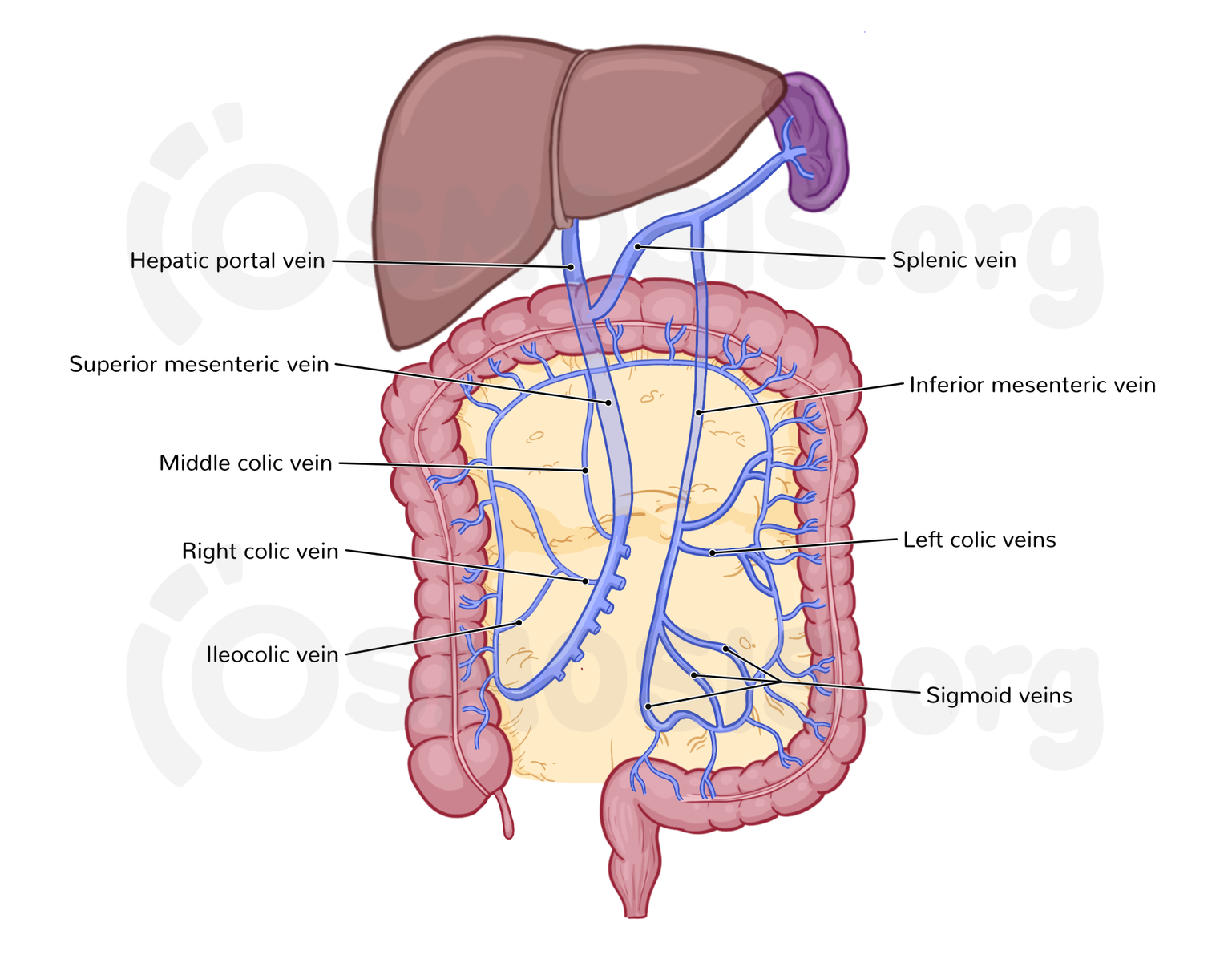 Figure 5: Schematic of the innervation of the large intestines. 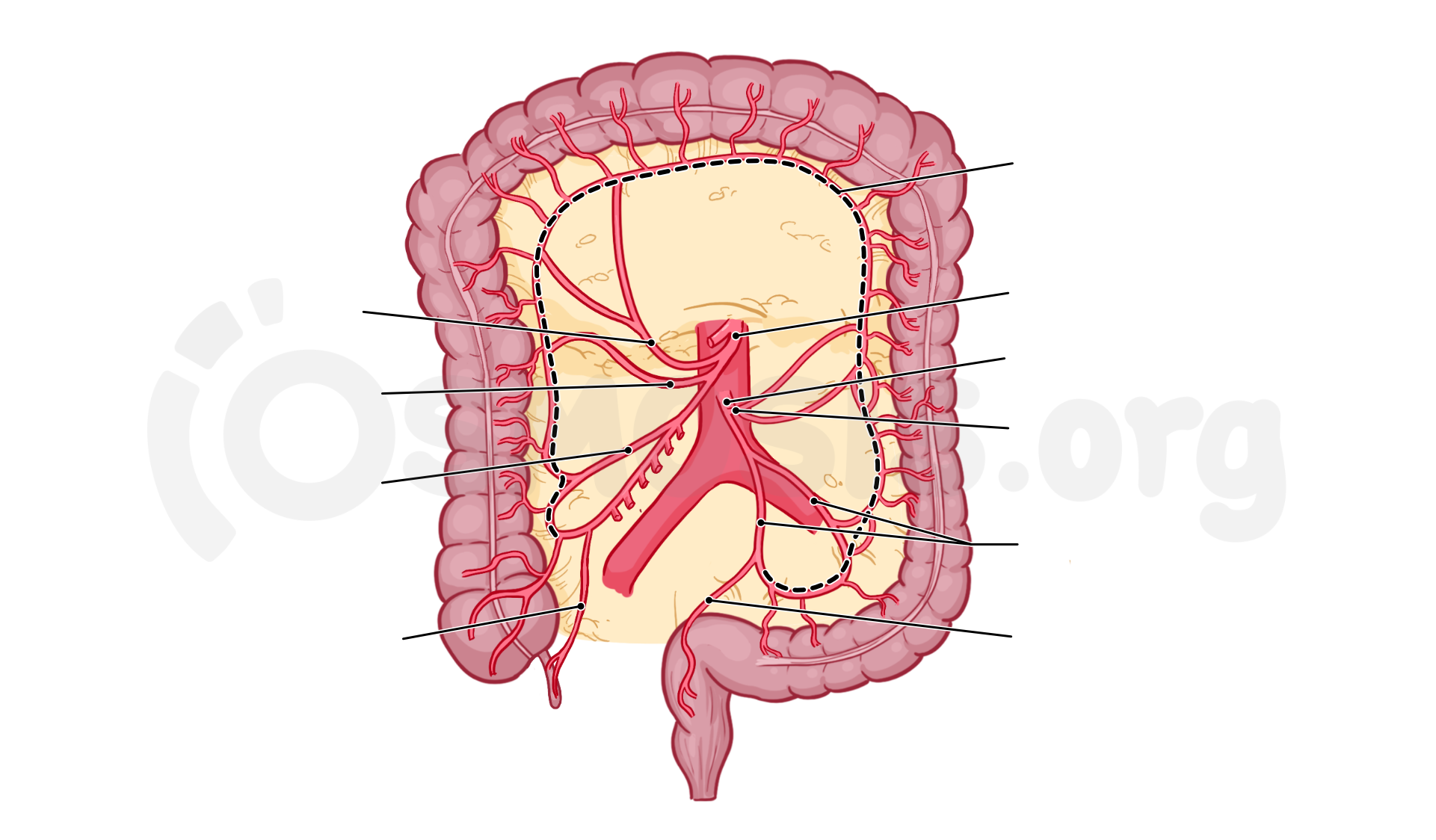 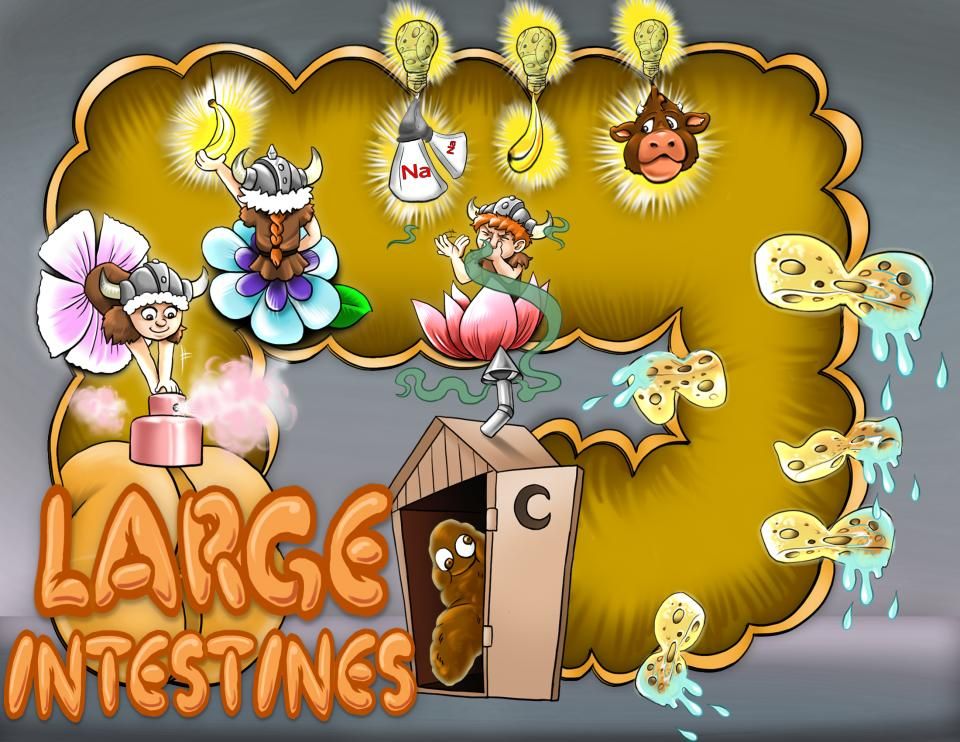 The large intestine is a part of the digestive tract specialized in absorbing water from the residual digested food coming from the small intestines, while forming and storing feces until defecation occurs.

The large intestine or colon begins at the ileocecal junction, where it is continuous with the ileum, which is the final part of the small intestine.

First, the large intestine has omental appendices, which present as fatty outgrowths covered by visceral peritoneum.

Second, there are the teniae coli, which are three strips of smooth muscle that run lengthwise from the base of the appendix through the colon and merge at the rectosigmoid junction to form a longitudinal layer around the rectum.

The third and final differentiating feature is that the large intestine has haustra, which are pouch-like bulges of the intestinal wall that form between the teniae when they contract.

The cecum is the first part of the large intestine and it receives the terminal ileum, which invaginates into the medial side of the cecum. The cecum lies in the right iliac fossa in the right lower quadrant of the abdomen, and it looks a bit like an intestinal pouch.

It is intraperitoneal, mobile, and doesn’t have its own mesentery. On its posteromedial wall, inferior to the ileocecal junction, the cecum has a blind-ended organ called the appendix, which can vary in length up to and over 10cm.

The appendix is usually retrocecal, meaning behind the cecum, but its position can vary a bit as well. It’s full of lymphoid tissue and its proximal part has attachment to the cecum by a small mesentery called the mesoappendix.

Now, if we open up the large intestine and look inside, we can see that the terminal ileum protrudes a bit into the cecum, forming the ileal papilla, with the ileal orifice at its center.

The orifice is usually closed due to tonic contraction, and the lips of the ileal papilla serve as passive flaps to prevent regurgitation of fecal matter from the cecum into the ileum. Just inferior to the ileal orifice, there’s the opening to the appendix.

Finally, starting at the cecum and throughout the whole large intestine, there are multiple semilunar folds that are found in between and separate the haustra from one another.

Inferior to the liver and below the ninth and tenth ribs, the colon turns to the left, forming the right colic flexure, also called the hepatic flexure. The ascending colon is positioned retroperitoneally, therefore just behind the peritoneum.

Laterally, between the ascending colon and the lateral abdominal wall is a shallow trench covered by parietal peritoneum called the right paracolic gutter. Medial to the ascending colon is the small intestine, while anteriorly is the greater omentum.

Now, after the ascending colon comes the transverse colon, which extends from the right colic flexure, or hepatic flexure and travels horizontally to the left.

Once at the spleen, it turns downwards in front of the lower portion of the left kidney to become the descending colon, and this gives us the left colic flexure - or splenic flexure - which is more superior than the hepatic flexure and has a more acute angle.

The transverse colon is intraperitoneal and therefore mobile, and can hang down to the level of the umbilicus.

It has a mesentery called the transverse mesocolon that is rooted alongside the inferior border of the pancreas, loops down and can extend past the iliac crests.

The fourth part of the colon is the descending colon, that stretches from the left colic flexure, lateral to the left kidney, down to the left iliac fossa, where it connects to the sigmoid colon.

Just like the ascending colon, the descending colon is retroperitoneal and covered by peritoneum on its anterolateral side.

Also similar to the right side of the body, there’s a left paracolic gutter between the descending colon and the left abdominal wall.

In the left iliac fossa, the descending colon ends and the fifth part of the large intestine, known as the sigmoid colon, follows.

As it descends towards the third sacral vertebra, the sigmoid colon makes an S shape as it connects and continues as the rectum. The sigmoid colon is intraperitoneal, very mobile, and has a mesentery called the sigmoid mesocolon.

Also note that the teniae coli mentioned previously end at the rectum, where they form a continuous muscle layer, and this transition point indicates the rectosigmoid junction.

The ascending colon receives arterial blood from the branch of the SMA called the right colic artery and also from the ileocolic artery, and these two arteries also anastomose with each other.