Assessments
Anatomy of the axilla Figure 2. Anterior view of the arteries in the axilla. Figure 3. Anterior view of the veins and lymph nodes of the axilla. 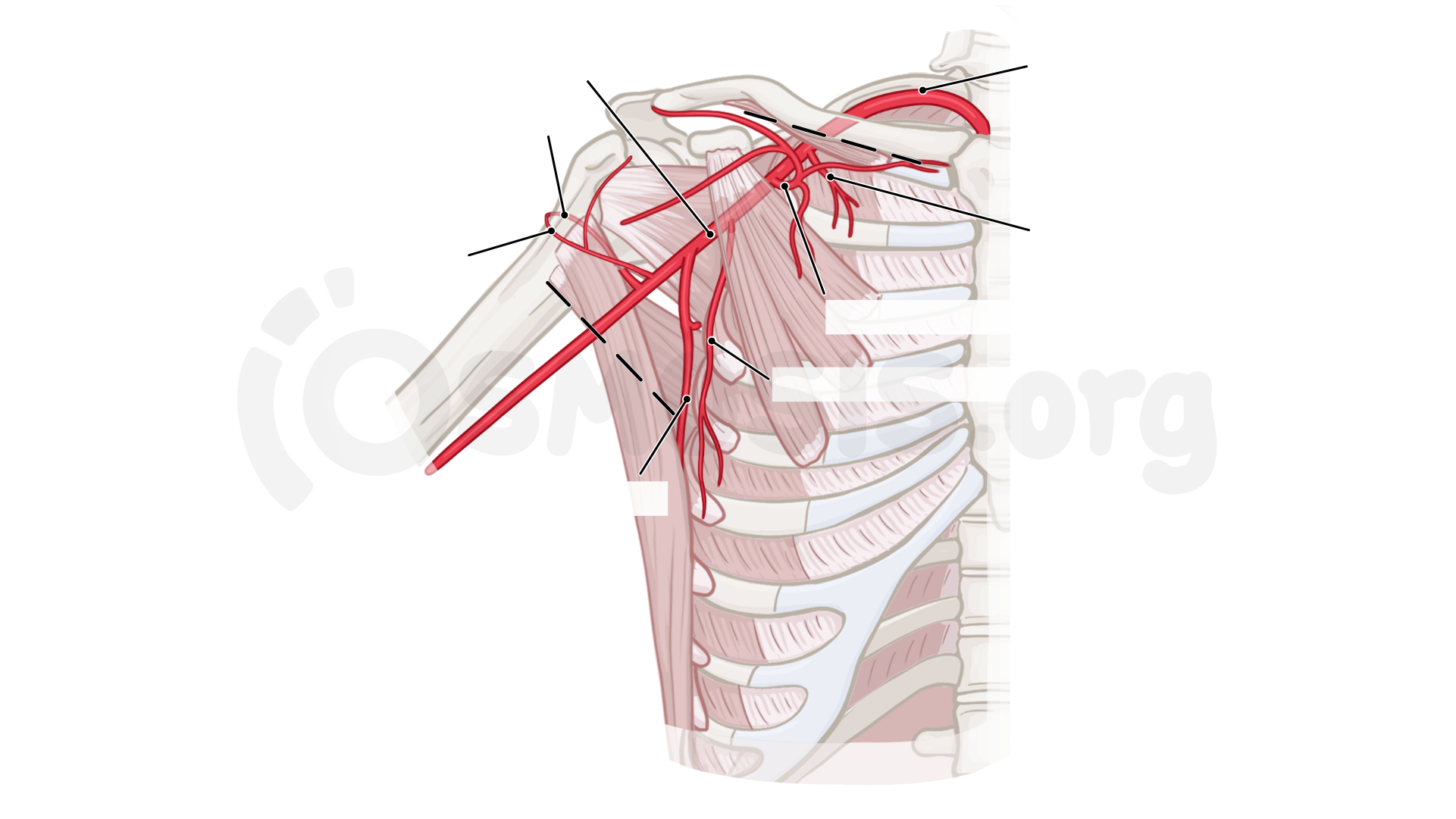 A 39-year-old female presents with a lump in her right breast; a biopsy reveals cancer. Should the cancer metastasize, cancer cells would most likely travel directly to what group of axillary lymph nodes?

I know what you’re thinking: Isn’t the axilla just a fancy name for the armpit?! Well, besides the axilla being notoriously ticklish, it’s also where many important neurovascular structures enter and exit to reach their target locations.

Think of it like a train station, with many trains passing through enroute to delivering electrochemical signals, blood, and lymphatics to their appropriate destinations.

Now, let’s start with the boundaries of the axilla. The axilla is located at the junction of the arm and thorax, and connects superiorly to the neck, anteriorly to the pectoral region, inferolaterally to the upper limb, and inferomedially to the thoracic wall.

The axilla is shaped like a pyramid that has an apex, a base, and four walls. The apex of the axilla is also called the cervico-axillary canal, which is the door between the neck and the axilla.

The cervico-axillary canal is bounded by the first rib, clavicle, and superior edge of the scapula. The base of the axilla is formed by skin, subcutaneous tissue, and axillary fascia, and forms what is called the axillary fossa, or what we know as the armpit.

Moving on to the four walls of the axilla, the anterior wall is made up by two muscles: the pectoralis major and pectoralis minor.

The inferior-most aspect of the anterior wall is called the anterior axillary fold, and it’s formed by the pectoralis major.

The posterior wall of the axillary is formed mainly by the scapula and overlying subscapularis muscle.

Let’s move on to the contents of the axilla. Right below the skin, there’s a lot of fat and connective tissue. If you dissect deeper, you will see the axillary sheath that surrounds the axillary vein, which is the most superficial, as well as the axillary artery and the surrounding brachial plexus. The axilla also contains lymphatic vessels and axillary lymph nodes.

Each part of the axillary artery has a number of important branches. One memory trick is that the part number also tells you how many branches it has.