Anatomy of the Breast Figure 1. A Anterior view of the breast. B Lateral view of non-lactating breast. 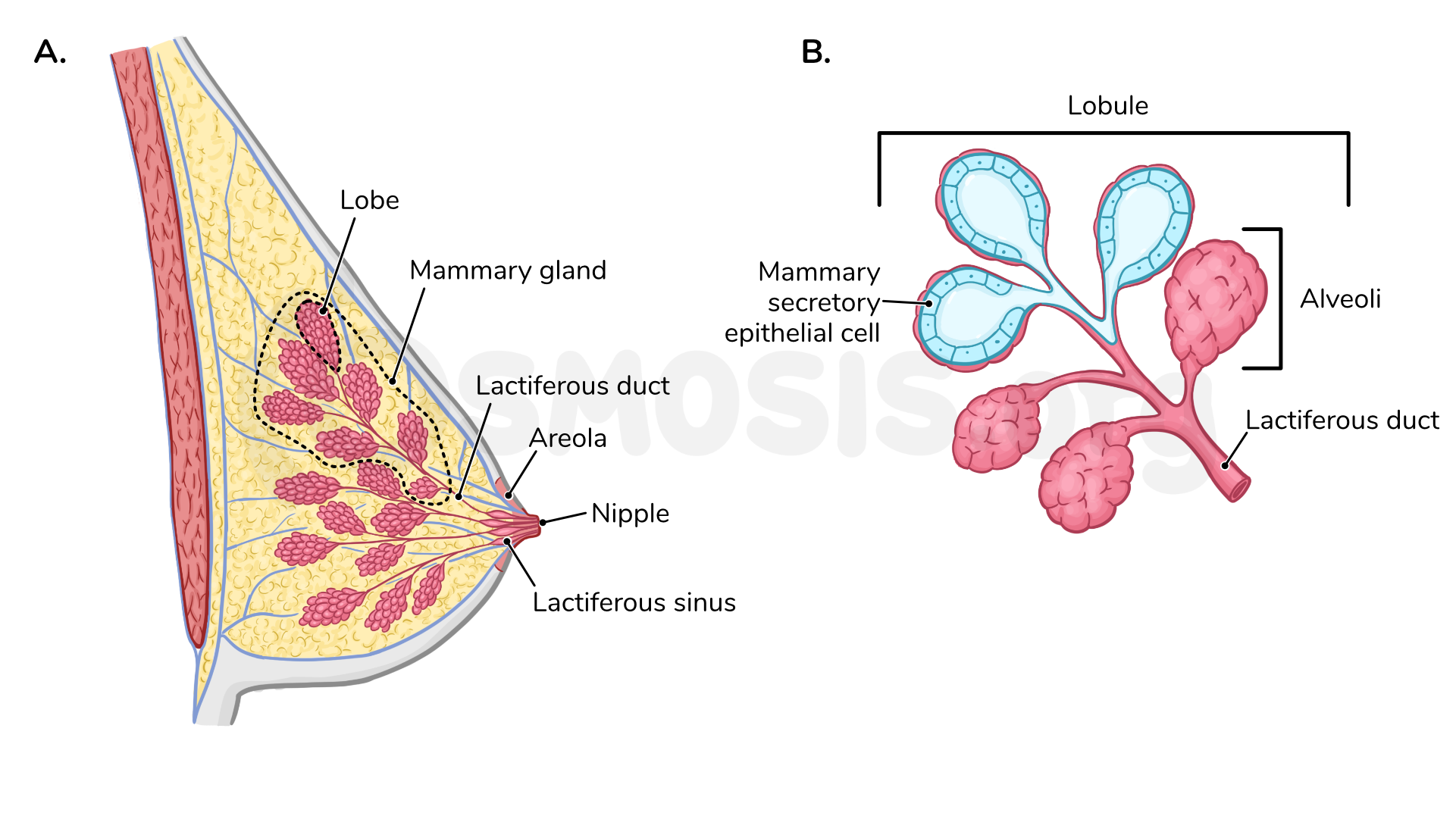 Figure 2. A Lateral view of lactating breast. B Lobule of a mammary gland. Figure 3. Anterior view of the A blood supply and B lymph drainage of the breast. 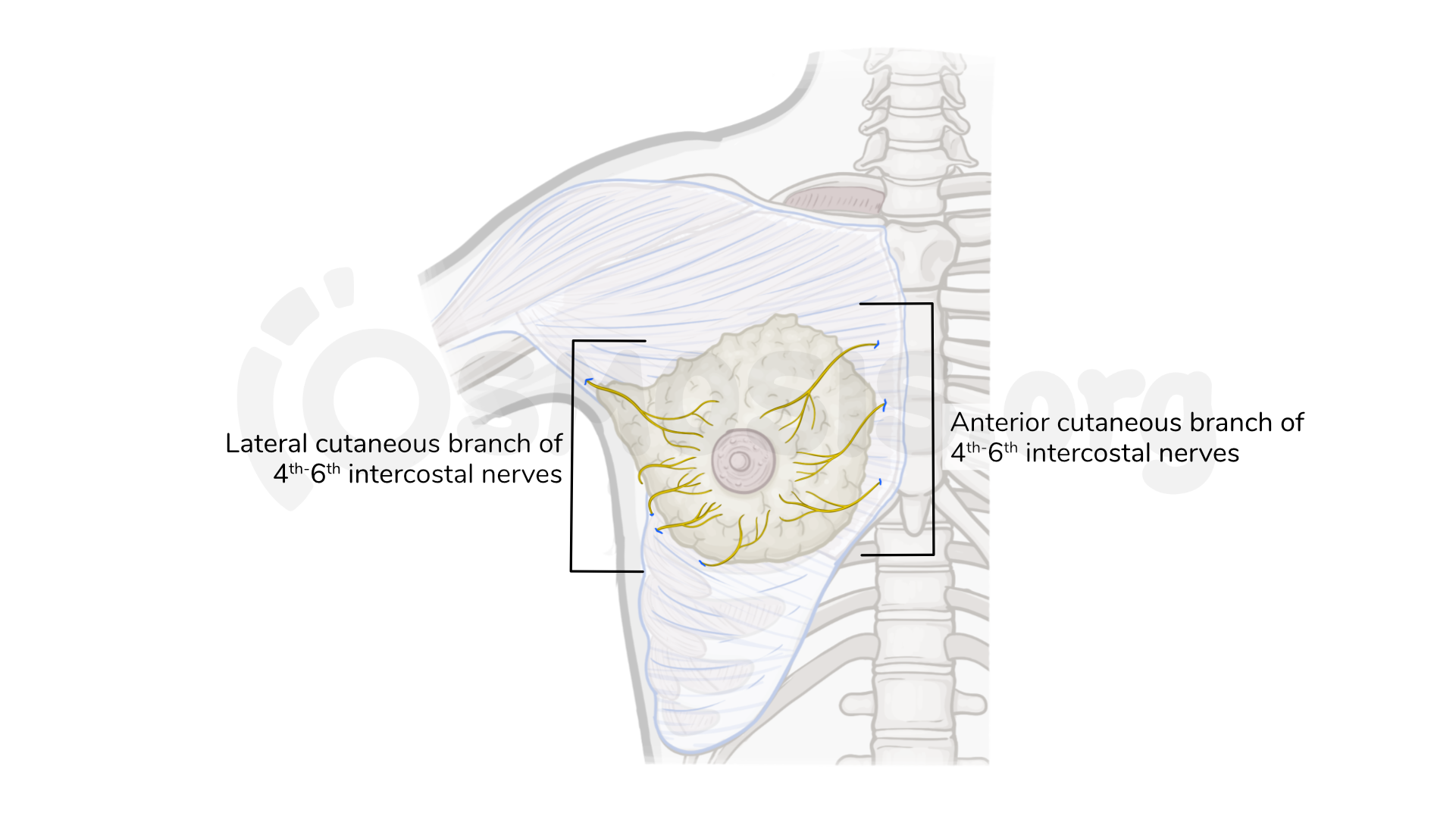 Figure 4. Anterior view of the cutaneous innervation of the breast. The breasts are the most prominent superficial structures in the anterior thoracic wall consisting of glandular tissue and a supporting fibrous and fatty matrix.

This glandular tissue, or mammary glands, are found in the subcutaneous tissue overlying the pectoralis major and minor muscles.

The amount of fat surrounding this glandular tissue will determine the size of the breasts.

Breasts have a circular body and a nipple in the center, surrounded by a pigmented area of skin called the areola.

Each breast has the following boundaries: transversally from the lateral border of the sternum to the midaxillary line and vertically from the second through the sixth ribs.

A small part of the breast might extend along the inferolateral edge of the pectoralis major, going towards the axillary fossa or the armpit.

Here it forms an axillary process or tail, called the tail of Spence.

Now, let’s take a look at this sagittal section of the female breast.

As you can see, there’s a fine space between the breast and the pectoral fascia.

This is called the retromammary space or bursa, which is a loose subcutaneous tissue plane.

This plane contains a small amount of fat which allows the breast to move a bit on the pectoral fascia.

Breasts contain the mammary glands responsible for lactation in females.

Mammary glands are made up of 12 to 20 lobes, each of them containing many smaller lobules.

These smaller lobules have grape-like clusters of alveoli that contain mammary secretory epithelial cells, the milk producing cells of lactation.

These alveoli, lobules and lobes are connected through a network of ducts called the lactiferous ducts, and eventually form a unique lactiferous duct for each lobe which opens independently to the areola to drain the milk produced during lactation.

Each lactiferous duct has a dilated portion deep to the areola called the lactiferous sinus in which there’s a small drop of milk that accumulates or remains in a nursing mother, which becomes expelled from the areola when compressed during feeding.

Next, the stroma of the breast is composed of adipose tissue and fibrous connective tissue.

In a non-lactating state, the adipose tissue is situated between the lobes and makes up most of the breast volume.

The fibrous connective tissue of the stroma goes on to form fibrous condensations, called the suspensory ligaments of Cooper, which firmly attach the mammary glands to the dermis of the overlying skin.

These fibrous connective tissue attachments help support the lobes and lobules of the mammary glands.

Moving on, the areolae surround the nipples, which are typically located around the 4th intercostal space lateral to the mid clavicular line; but this varies depending on the size of the breast.

Each areola contains a large number of sebaceous glands, which get bigger during pregnancy and secrete an oily substance that acts as a lubricant for the areola and nipple.

The nipples are conical or cylindrical prominences in the centers of the areola.

Keep in mind that nipples have no fat, hair, or sweat glands.

The lactiferous ducts open into the tips of the nipples.

Structurally, the nipples are composed of circularly arranged smooth muscle fibers that compress the lactiferous ducts to help express milk during lactation.

Now let’s look at the arterial supply of the breast, which derives from several arteries: the medial mammary branches, the lateral thoracic artery, the thoracoacromial arteries and posterior intercostal arteries.

The medial mammary branches come from the internal thoracic artery which originates from the subclavian artery.

The lateral thoracic and thoraco-acromial arteries are branches of the axillary artery.