Assessments
Anatomy of the elbow joint

Anatomy of the Elbow Joint 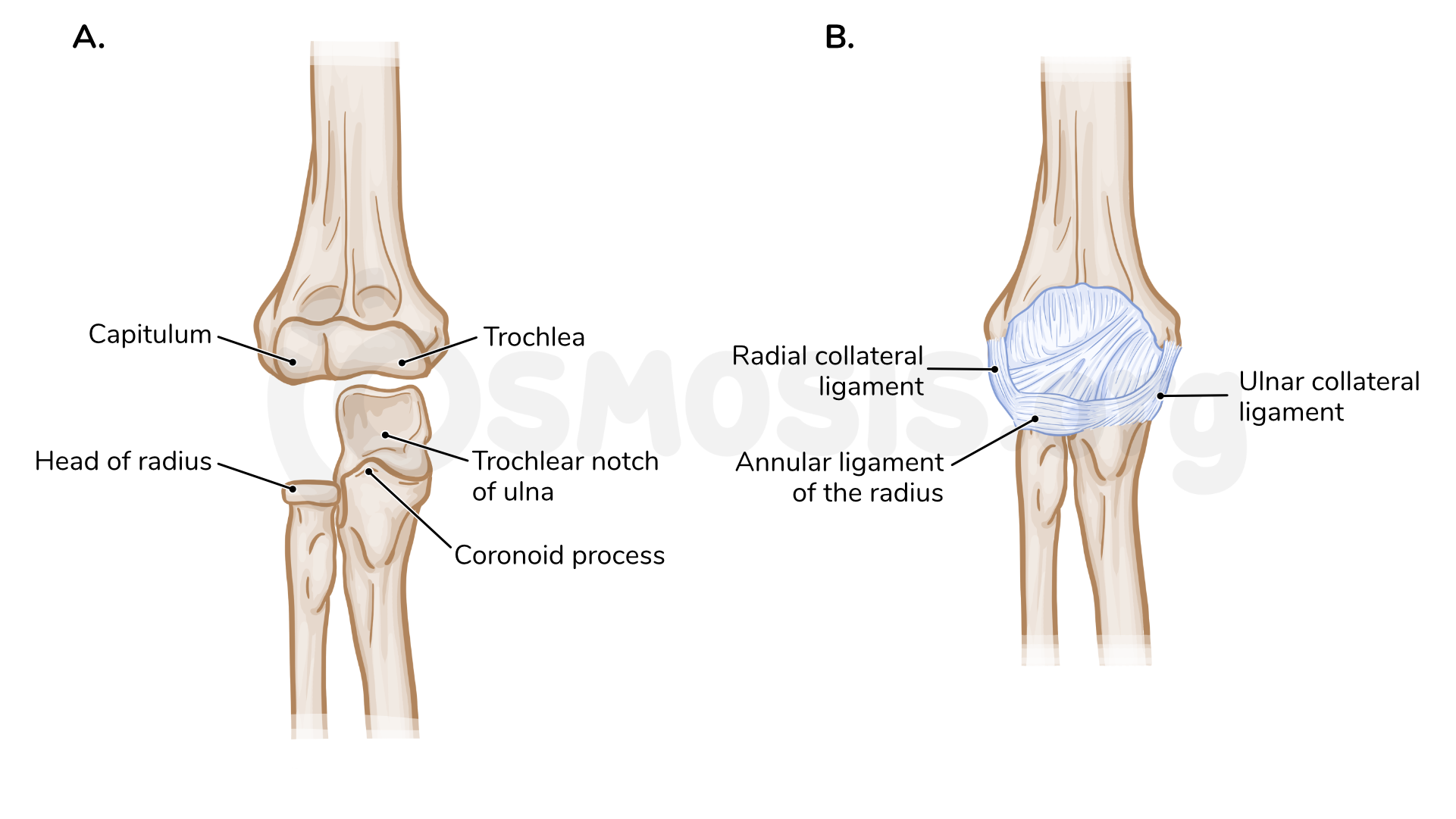 Figure 1. Anterior view of elbow joint with A radius and ulna separated from humerus and B showing ligaments. 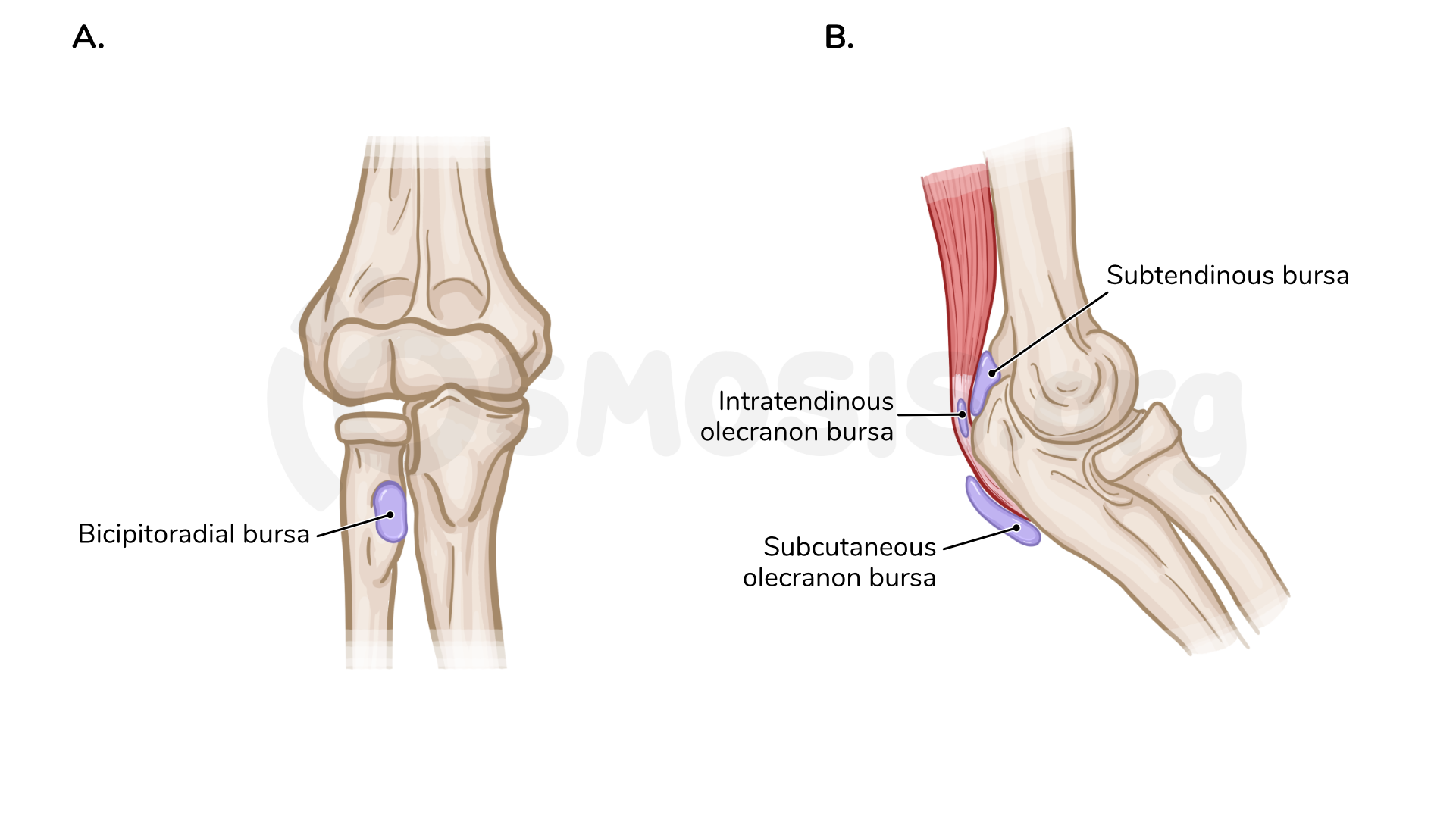 Figure 2. A Anterior view of elbow joint and B lateral view. Figure 3. Anterior view of elbow joint and upper arm with A arteries and B nerves. 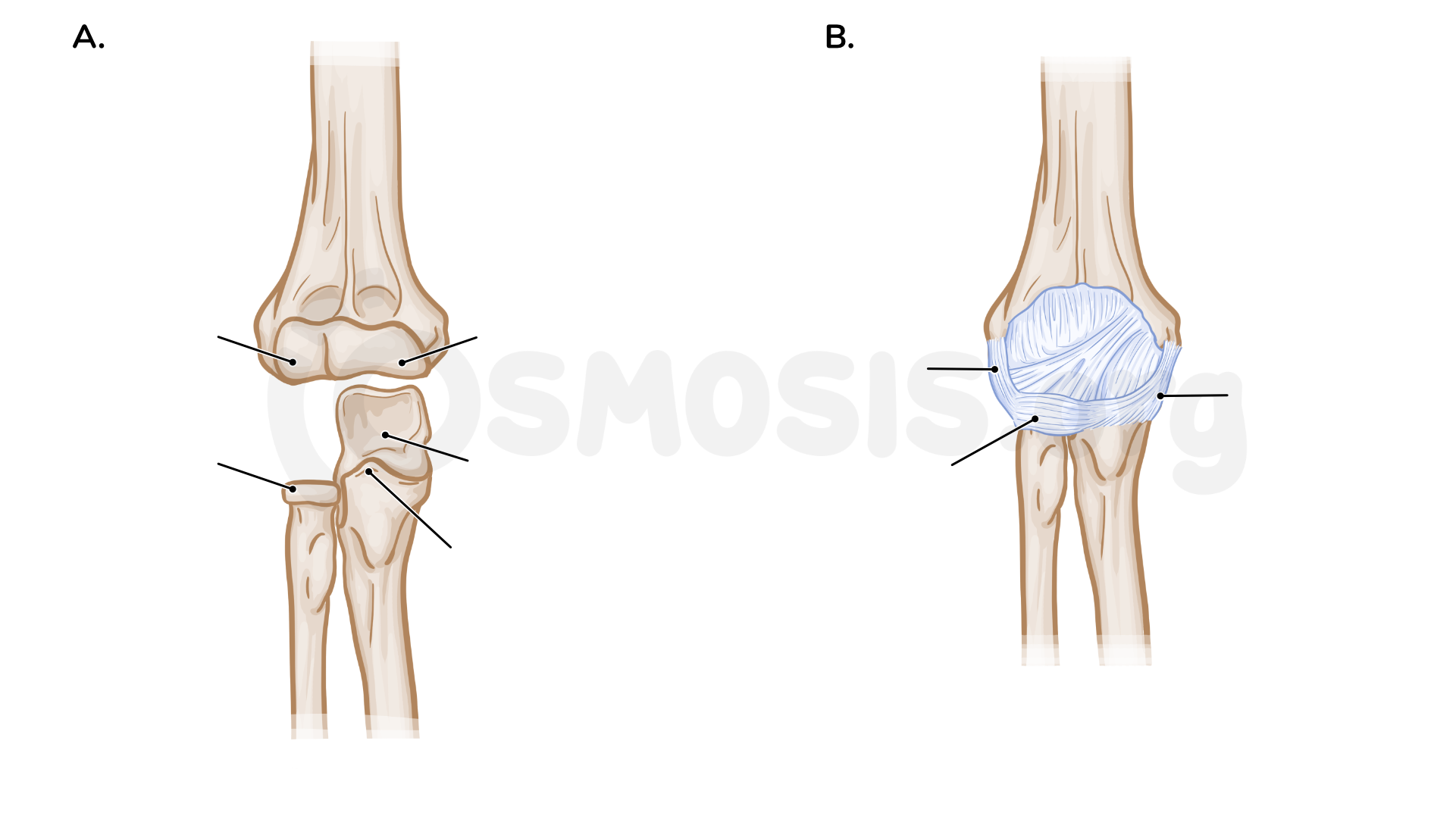 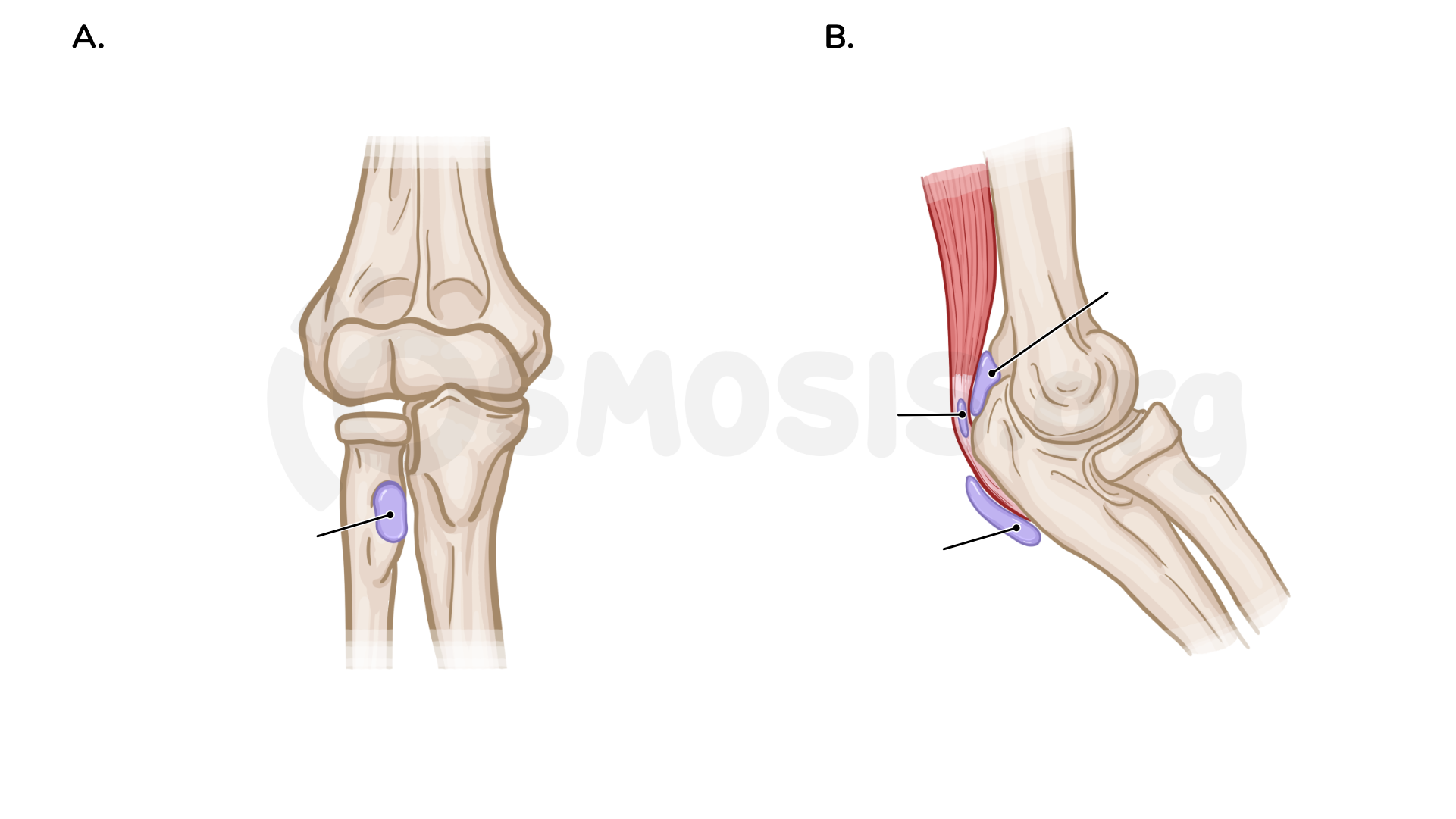 A patient presents with instability of her elbow after getting tackled during a rugby game. An x-ray reveals a fracture of the lateral epicondyle of her humerus. What ligament is most likely compromised?

The elbow joint is a hinge type of synovial joint, and it’s actually made up of two separate joints which work together as one.

The elbow joint is covered by a synovial membrane, which is surrounded by a joint capsule.

The joint capsule extends from the margins of the articular surfaces of the capitulum and trochlea on the humerus, to the coronoid process anteriorly; and to the olecranon fossa posteriorly.

On the medial side, also called the ulnar side, there’s the ulnar collateral ligament, which extends from the medial epicondyle of the humerus to the coronoid process and the olecranon of the ulna.

The anterior band is the strongest, and it runs from the medial epicondyle to the tubercle of the coronoid process.

This band helps limit elbow extension. Next, there’s the fan-shaped posterior band, the weakest of all, and it runs from the medial epicondyle to the olecranon of the ulna.

This helps limit elbow flexion. Finally, there is the thin oblique band, which makes the socket for the trochlea slightly deeper, reducing the chance of dislocation.

On the lateral side, there’s the radial collateral ligament, which extends from the lateral epicondyle of the humerus to the annular ligament which it blends with.

The annular ligament encircles the radial head and binds it into the radial notch of the ulna allowing for pronation and supination of the forearm.

Now, the elbow joint is also surrounded by synovial fluid-filled bursae, which are basically pockets of synovial fluid that provide lubrication and reduce the friction when structures such as tendons, skin, muscles and bones rub against each other with movement.