Assessments
Anatomy of the female reproductive organs of the pelvis 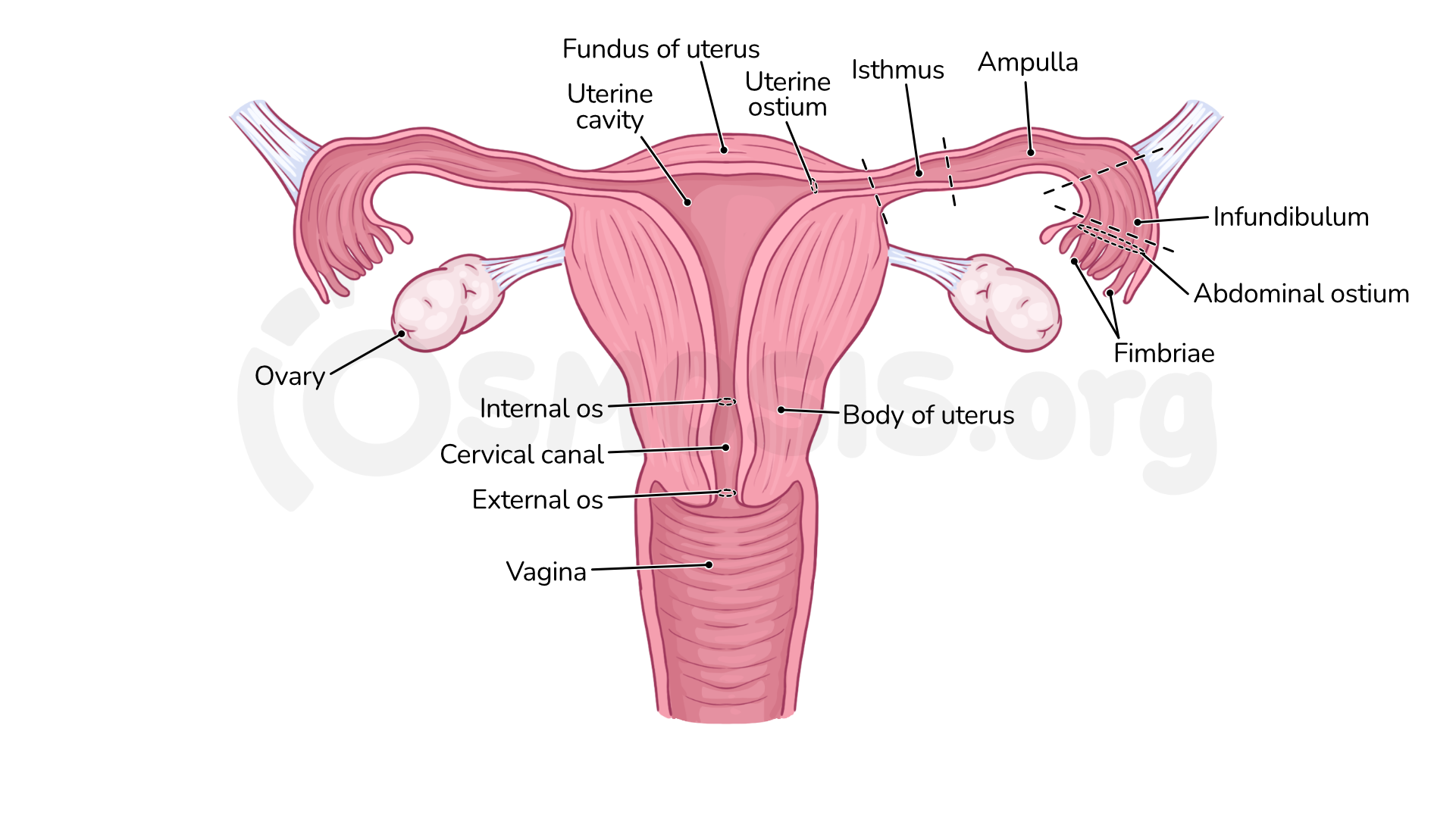 Figure 2. Posterior view of a coronal section of the uterus and vagina. Figure 3. Sagittal view of the pelvic organs and a close-up of the vagina and surrounding structures. Figure 4. Diagrammatic view of the arterial supply and venous drainage of the female reproductive organs. 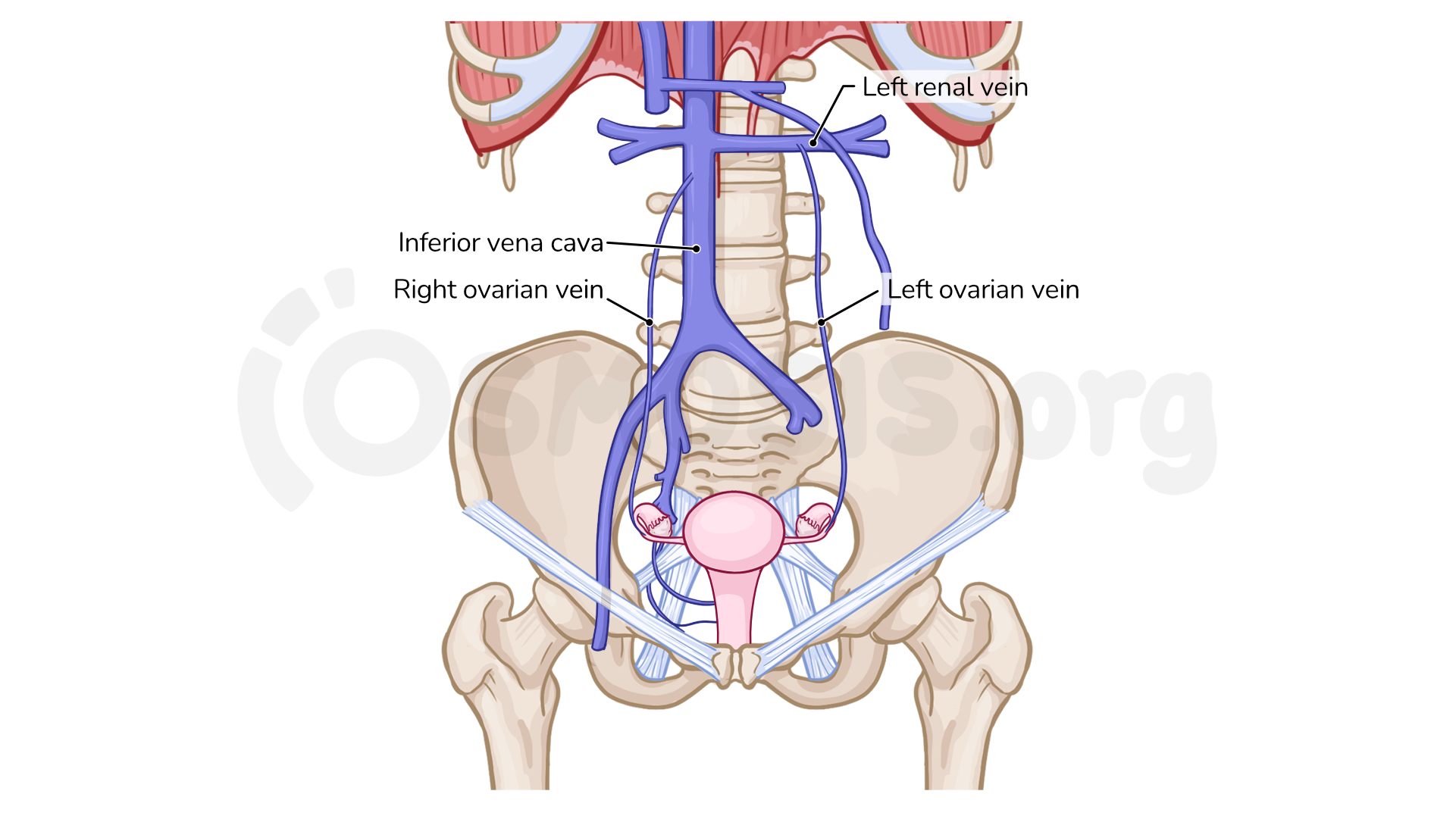 Figure 5. Drainage of the ovarian veins. During anatomy lab, a student is dissecting a cadaver and identifies the female internal reproductive organs and several surrounding ligaments. One of these ligaments is found to contain the ovarian vessels. Which of the following is true regarding this ligament?

The female reproductive system is made up of external and internal organs. The external organs lie in an area called the vulva, and they include the labia, the clitoris, and the vaginal opening. The internal reproductive organs can be found within the pelvic cavity, and they include the ovaries, which produce the female sex cells, called oocytes, as well as sex hormones estrogen and progesterone; the uterine tubes, which carry the fertilized oocyte to the uterine cavity; the uterus, which houses the growing fetus during pregnancy; and the vagina, which is involved both in intercourse and fetal delivery.

Let’s now look at each of the organs of the female reproductive system starting with the ovaries. The ovaries are the site of egg production, or oogenesis, and also release progesterone and estrogen during the different phases of the menstrual cycle. The ovaries usually sit near the lateral pelvic wall where the broad ligament attaches, and are suspended by a subdivision of the broad ligament called the mesovarium and the suspensory ligament of the ovary, which is a continuation of the mesovarium.

The ligament of the ovary and the round ligament of the uterus are embryological remnants of a structure known as the gubernaculum. The two gubernacula are embryonic structures that guide the ovaries in their descent from the abdomen to the pelvis. Now, each menstrual cycle, one of the ovaries releases an ovum, sometimes called an egg, into the peritoneal cavity in a process called ovulation. The ovum can’t stay there forever or it won’t be able to be fertilized, and so it travels through the uterine tubes.

The uterine tubes extend laterally from both sides of the horns of the uterus to the peritoneal cavity near the ovaries. These tubes lie inside the upper and anterior parts of the broad ligament, called the mesosalpinx. The uterine tubes have two main purposes; they carry the ovum from the peritoneal cavity near the ovaries to the uterine cavity. Second, they form a space for the fusion of egg and sperm, a process called fertilization.

All right, now each uterine tube is divided into four parts. Let’s start with the most lateral part, called the infundibulum. The funnel-shaped infundibulum opens into the peritoneal cavity through an opening called the abdominal ostium. Around this ostium, there are finger-like projections called fimbriae, which cover the surface of the ovaries. These fimbriae receive the ovum after ovulation, and they guide it inside the uterine tubes. The next part is the ampulla, which is where fertilization usually occurs. Next is the isthmus, which is the narrowest part of the tube that ends by joining to the lateral walls of the uterus. Finally, the uterine or intramural part passes through the uterine wall and opens into the uterine cavity through an opening called the uterine ostium.

Okay, now let’s take a deep breath and have a quick quiz! Can you name these parts of the broad ligament?

All right, now, let’s look at the uterus, which is a hollow, pear-shaped organ that carries the developing fetus throughout pregnancy. The uterus has two main parts called the body and the cervix. Let’s start with the body, which forms the upper two thirds of the organ. It is freely movable and lies between the layers of the broad ligament. The superior, rounded part of the body that lies above the uterine openings of the uterine tubes is called the fundus of the uterus. The inferior part of the body forms a constricted segment called the isthmus of the uterus which is where the body of the uterus is continuous with the cervix. The cervix is a narrow cylinder that forms the lower third of the uterus and has two openings. The first is called the external os that opens into the vagina and the second is the internal os which opens into the uterine cavity.

All right, now let’s look at the internal features of the uterus. First, is the uterine cavity which extends superolaterally, forming the regions where the uterine tubes join, called the uterine horns. Next is the cervical canal, located within the cervix. This canal extends from the anatomical internal os, which opens into the uterine cavity, to the external os, where it communicates with the lumen of the vagina. During delivery, the fetus descends through the cervical canal and the vagina, together called the birth canal.

All right, now that we know about the external and internal features of the uterus, let’s talk about its location and orientation in the pelvis. The uterus lies in the lesser pelvis, with the body resting on the upper surface of the urinary bladder and the cervix lying between the bladder and the rectum. The uterus itself is covered by the mesometrium of the broad ligament, which is a double layer of peritoneum. This peritoneum continues over the anterior and posterior surfaces of the uterus, except for the cervix. Anteriorly, the peritoneum reflects from the uterus onto the superior surface of the bladder, forming the vesicouterine pouch. Posteriorly, the peritoneum reflects from the body of the uterus and the supravaginal part of the cervix onto the anterior surface of the rectum, forming the rectouterine pouch, or pouch of Douglas.