Assessments
Anatomy of the glenohumeral joint

Anatomy of the Glenohumeral Joint 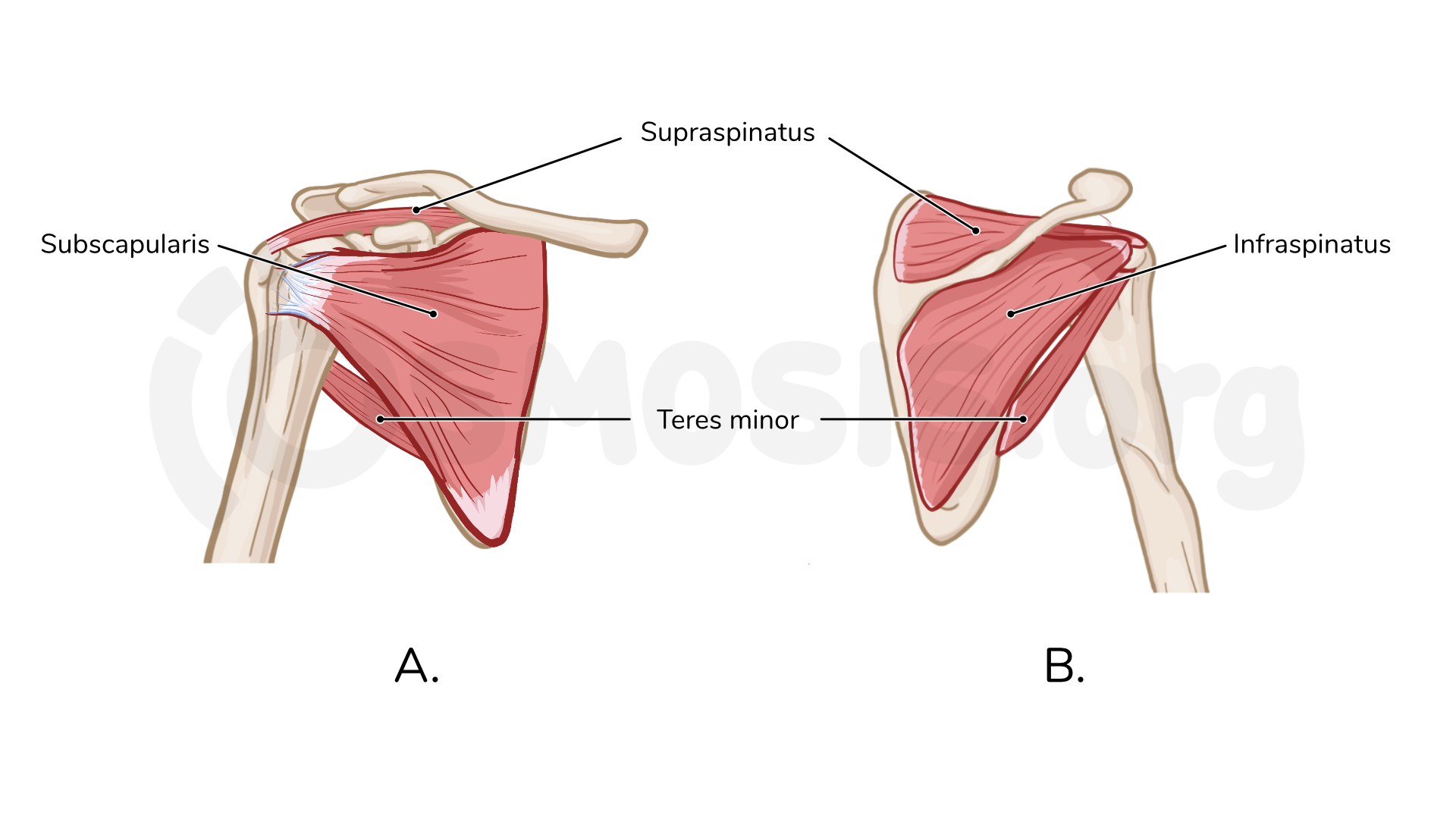 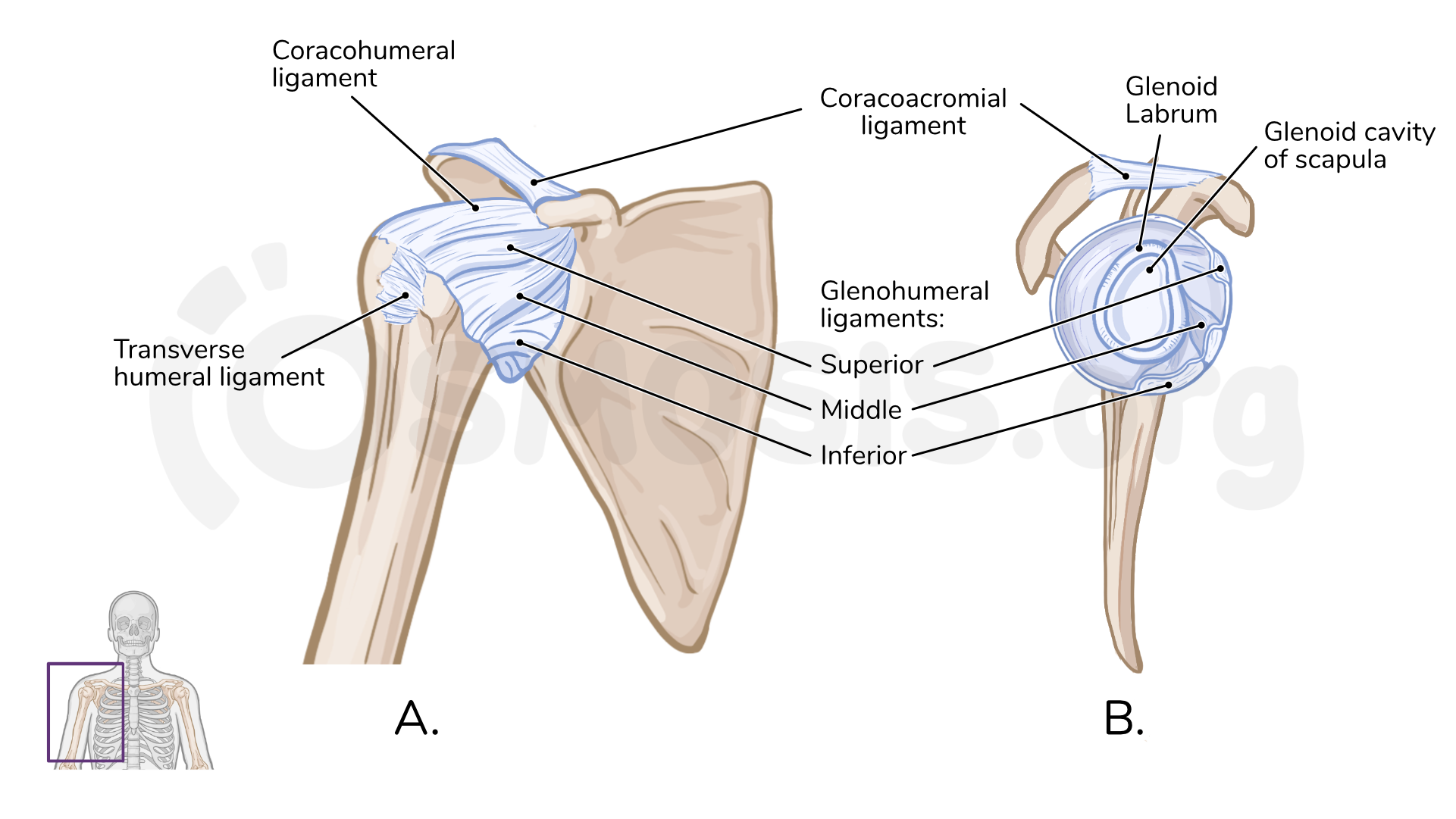 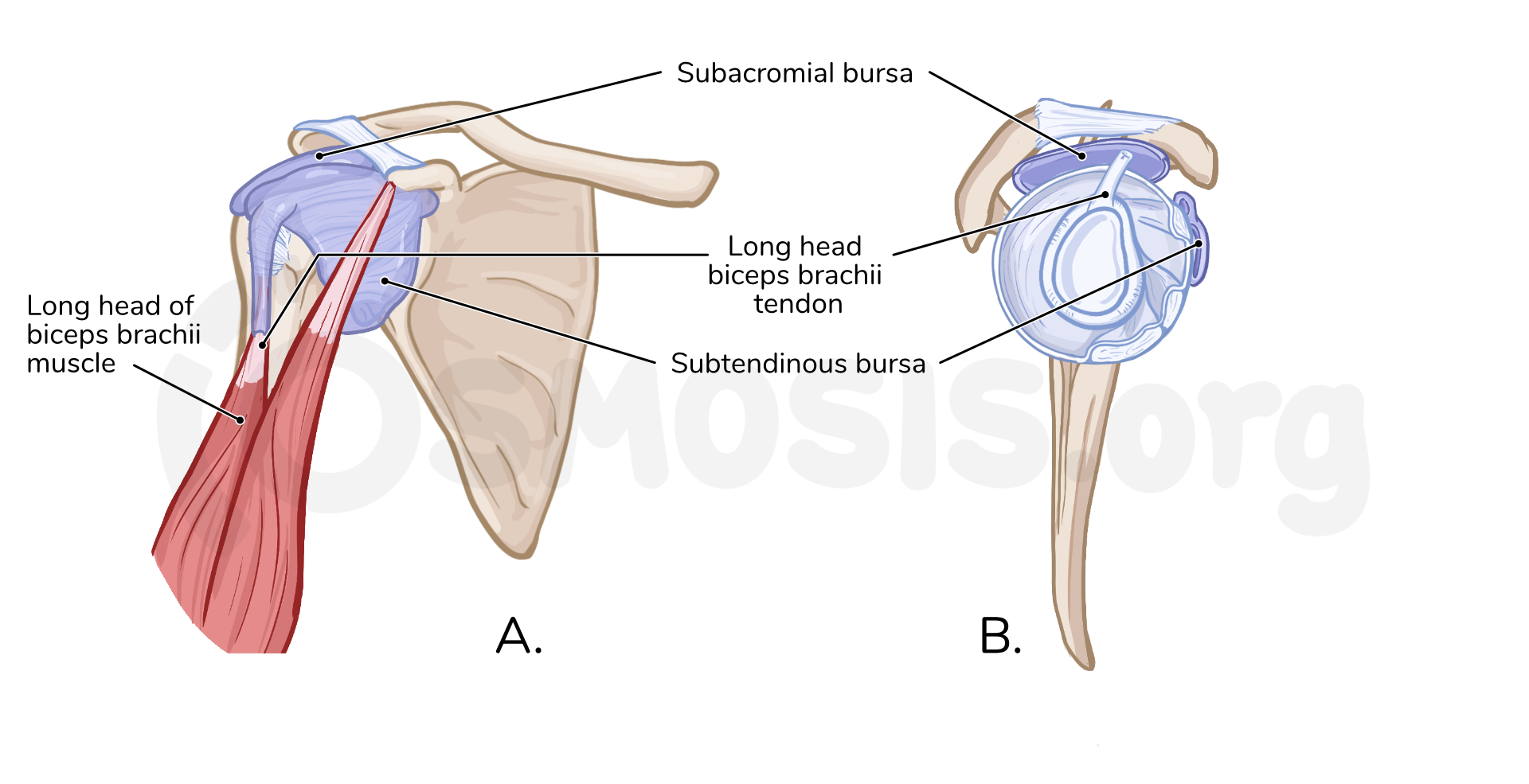 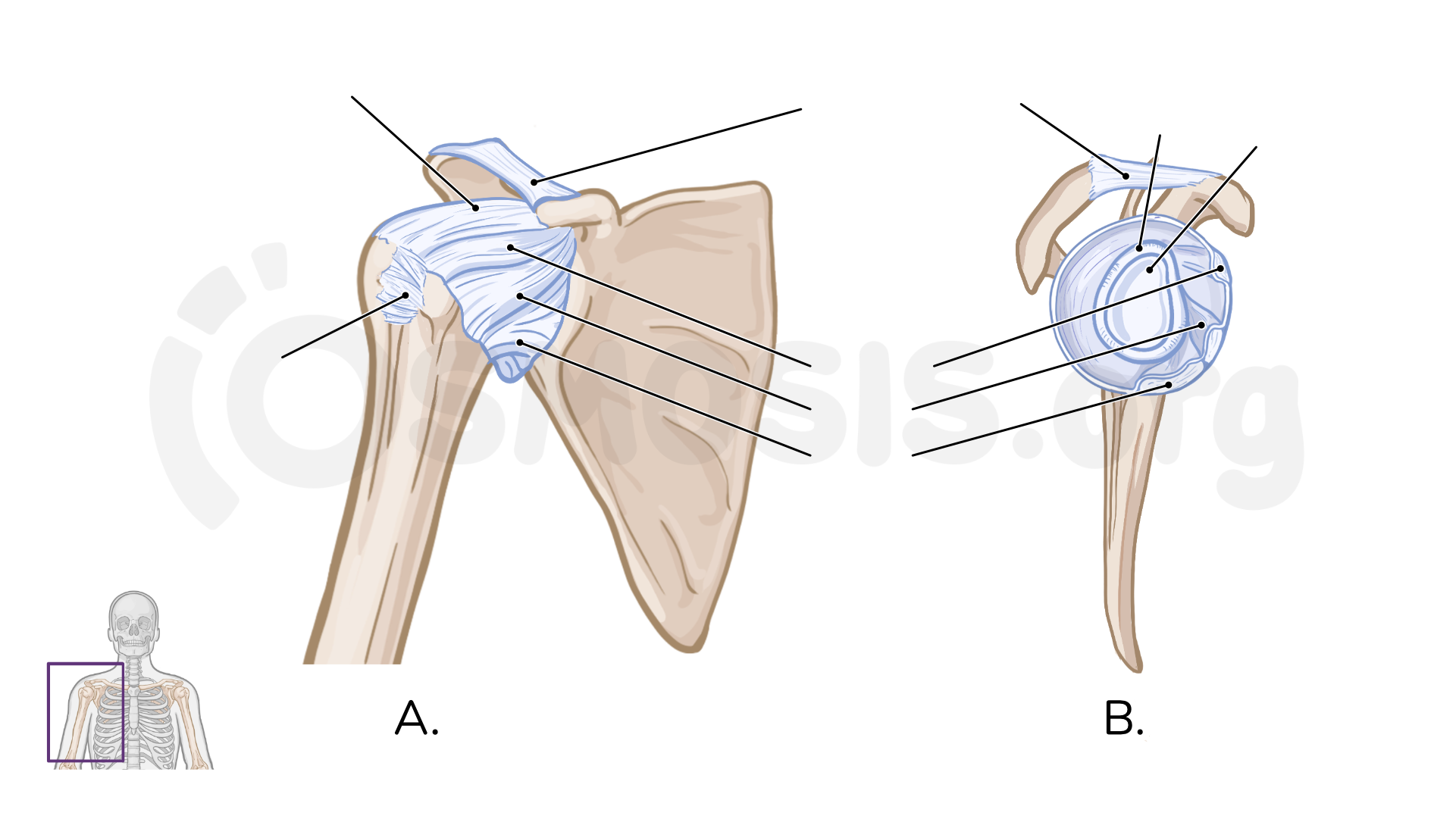 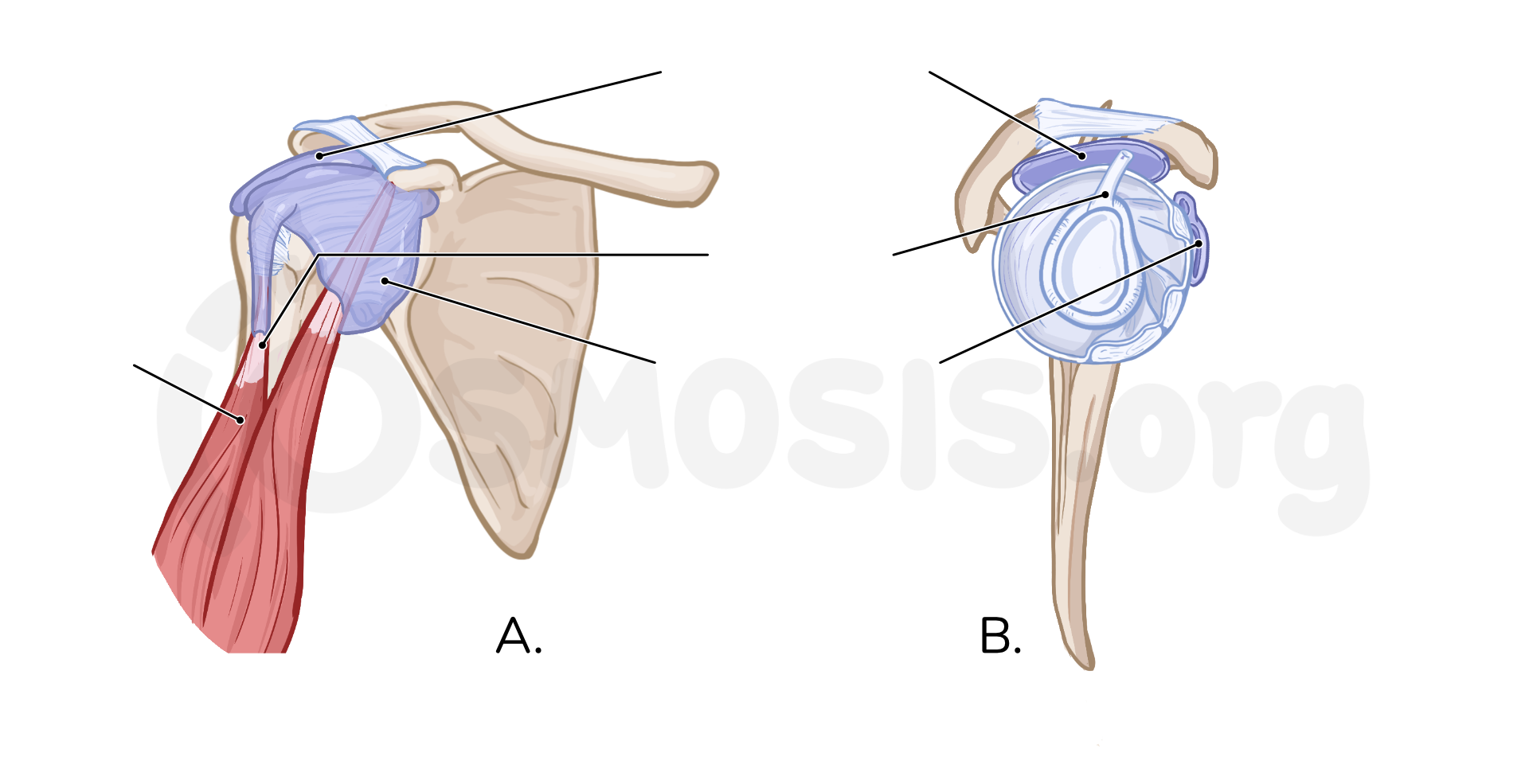 A football player comes to the emergency department after getting tackled in a game. They seem to have dislocated their humerus anteriorly at the glenohumeral joint. Which structure is most likely torn due to this injury?

The glenohumeral joint, also known as the shoulder joint, is a ball and socket type of synovial joint: the ball being the head of the humerus, and the socket being the glenoid cavity of the scapula.

The shoulder joint is the most mobile joint in our body, and it allows us to do everything from pull ups, to throwing a baseball, and hugging our loved ones!

Let’s take a closer look at our articulating parts here. So, the head of the humerus fits into this shallow glenoid cavity.

The glenoid cavity is actually so shallow that it only covers one-third of the humeral head.

Having a shallow glenoid cavity allows for exceptional mobility as the humeral head can rotate freely to allow us an impressive range of motion.

At the same time, the contour of the glenoid cavity is lined by a fibrocartilaginous rim, called the glenoid labrum, which makes the cavity a little bit deeper, reducing the chance for dislocations.

Like any respectable synovial joint, the glenohumeral joint is covered by a tough, but loose, joint capsule with an internal synovial lining.

The joint capsule extends from the anatomical neck of the humerus, to the margin of the glenoid. This capsule has two apertures, or passageways.

The first one is between the tubercles of the humerus, which provides passage for the tendon of the long head of the biceps brachii.

This tendon then passes in the intertubercular groove covered by a broad fibrous band, called the transverse humeral ligament, which runs from the lesser tubercle of the humerus, to the greater tubercle.

The second aperture is situated inferior to the coracoid process, and it allows communication between the subtendinous bursa of the subscapularis and the joint’s synovial cavity.

Speaking of which, there are actually two bursae around the glenohumeral joint, which are basically pockets of synovial fluid.

The role of bursae is to provide lubrication and reduce the friction when structures such as tendons, skin, muscles and bones rub against each other, especially the supraspinatus tendon, which rubs against the acromion as the joint moves.

Now, the joint capsule is reinforced by numerous ligaments.

These ligaments reinforce the anterior part of the joint capsule.

Next is the coracohumeral ligament, which runs from the coracoid process of the scapula, and then extends inferolaterally to attach to the greater tubercle of the humerus.

The coracohumeral ligament strengthens the upper part of the capsule.

Finally, the coracoacromial ligament runs above the head of the humerus from the acromion and coracoid process on the scapula.

This creates an arch that overlies the head of the humerus to prevent it from slipping from the glenoid cavity superiorly.