Assessments
Anatomy of the inguinal region

Anatomy of the Inguinal Region 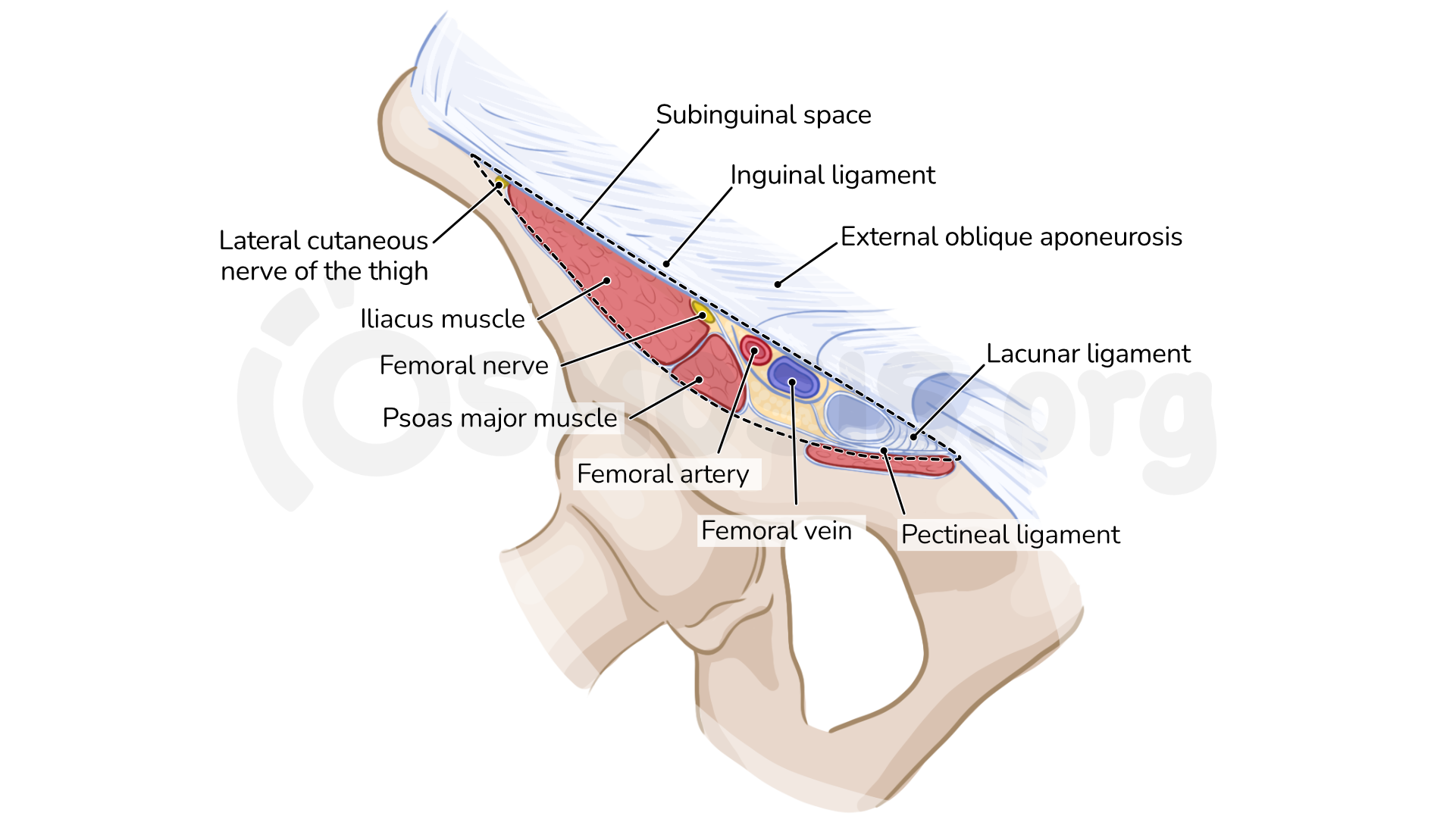 Figure 2. Anterior view of the inguinal region in a biological male with a close-up of the contents of the spermatic cord. Figure 3. Anterior view of the inguinal region in a biological male. Figure 5. Midsagittal section showing the fasciae of a biological male pelvis and perineum. 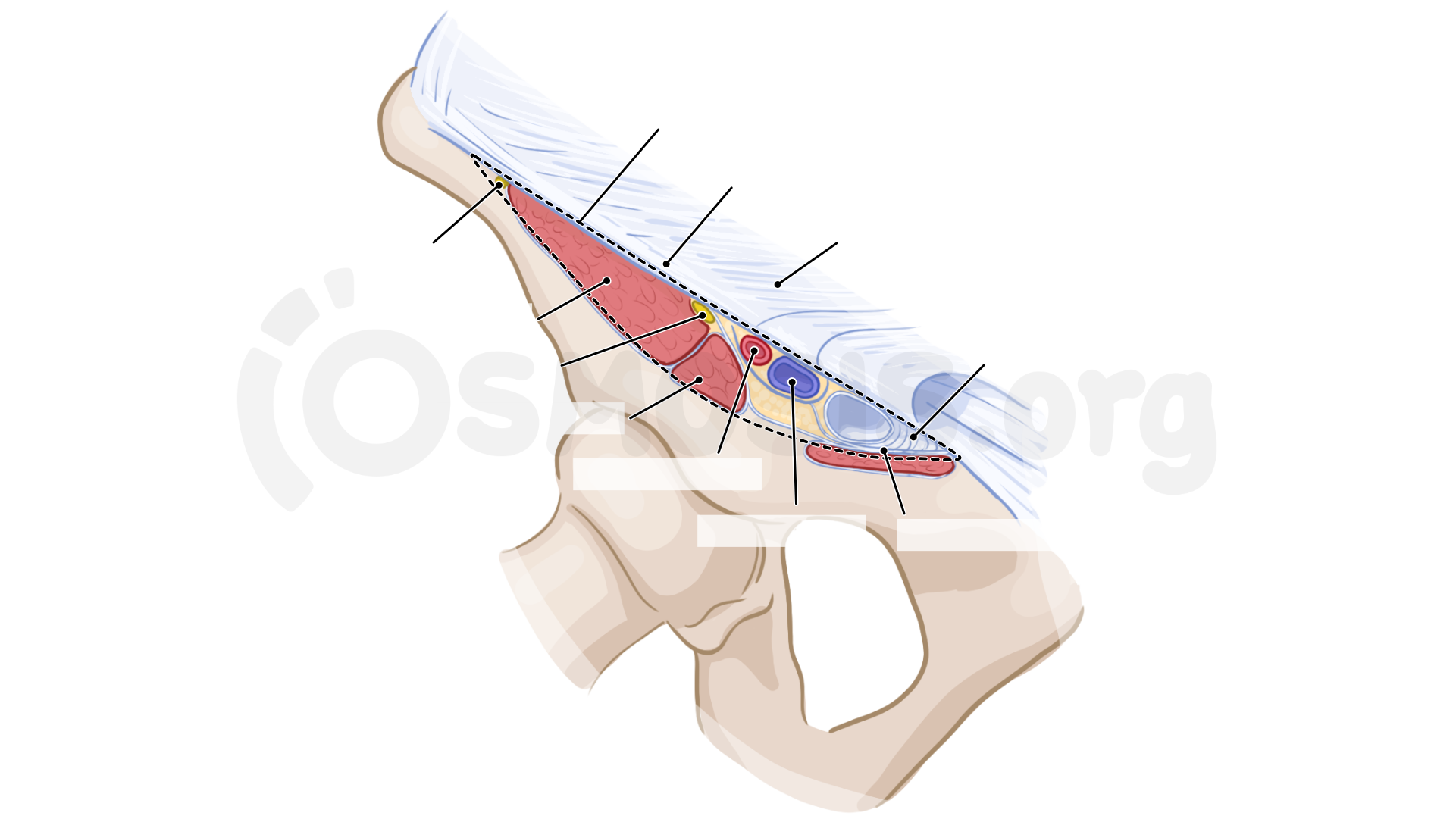 The inguinal region, sometimes called the groin, is the lower part of the anterolateral abdominal wall. It’s a small area of great importance, as it serves as a passageway for structures such as the spermatic cord, vessels, and nerves to enter or leave the abdominal cavity.

The inguinal region is a compact space, located superior to the thigh, lateral to the pubic tubercle, and inferomedial to the anterior superior iliac spine.

One important structure in this region is the inguinal ligament, which is a thick fibrous band formed by the inferior border of the external oblique aponeurosis.

The inguinal ligament extends from the anterior superior iliac spine of the ilium, to the pubic tubercle on the pubic bone.

Medially, the inguinal ligament’s attachment to the pubis is reinforced by a number of smaller fibrous extensions, including the lacunar ligament and the pectineal ligament.

The lacunar ligament attaches along the superior pubic ramus and some fibres continue along the pecten pubis as the pectineal ligament.

The lacunar ligament forms the medial border of the subinguinal space, located inferior to the inguinal ligament.

Important structures that pass through this space include the psoas major and iliacus muscles and also the femoral nerve, artery and vein, and the lateral cutaneous nerve of the thigh.

Now, the most important feature of the inguinal region is the inguinal canal, which is a passage that extends inferomedially through the anterolateral abdominal wall. To better understand the anatomy of this canal, let’s look at how it develops!

In genetically male individuals, the testes begin to develop in the extraperitoneal space of the posterior abdominal wall, and within the first few months each testis descends into the pelvis, pulled by a structure called the gubernaculum, which attaches to the anterolateral abdominal wall - and, later, to the developing scrotum.

As the testis descends from the abdominal cavity into the scrotum, its vessels and nerves migrate with it.

The testis then follows the processus vaginalis into the scrotum. In males, the inguinal canal contains the ilioinguinal nerve and the spermatic cord, which includes the genital branch of the genitofemoral nerve.

In genetically female individuals, the development of the inguinal canal is slightly different. While the ovaries also begin their development in the abdomen, they only descend as far as the pelvis.

Because of this, the inguinal canal is less developed compared to males and obviously doesn’t contain a spermatic cord.

However, the inguinal canal in females contains the ilioinguinal nerve, the genital branch of the genitofemoral nerve, and the round ligament of the uterus, which is a remnant of the gubernaculum that extends from each ovary to the labia majora.

Alright, now, the inguinal canal starts at the deep inguinal ring, which is an opening in the transversalis fascia and is located at the midpoint of the inguinal ligament, just lateral to the inferior epigastric vessels.

The inguinal canal ends at the superficial inguinal ring, which is an opening in the external oblique aponeurosis.

Now, the inguinal canal has four boundaries, which include the anterior and posterior walls, the roof, and the floor.

The roof is formed by different elements along the canal. Laterally, the roof of the inguinal canal is formed by the transversalis fascia, centrally by musculoaponeurotic arches of the internal oblique and transversus abdominis, and medially, by the medial crus of the external oblique aponeurosis.

Finally, the floor of the inguinal canal consists primarily of the gutter formed by the inguinal ligament, and is supported medially by the lacunar ligament.

Alright, now feel free to pause the video and see if you can recall what structures pass through the inguinal canal in males!

Alright, now let’s have a look at the spermatic cord itself, which suspends each testis in the scrotum.

Including its fascial coverings, the spermatic cord contains twelve structures, which can be put into four groups of three.

So we can use the 3 3 3 3 rule to help remember them! The first group is the fascial layers of the spermatic cord.

Next up, are the 3 arteries, namely the artery to vas deferens, the testicular artery, and the cremasteric artery.

Then, there are the 3 nerves, which are the genital branch of the genitofemoral nerve, sympathetic fibers, and visceral afferent fibers.