Assessments
Anatomy of the knee joint

Anatomy of the Knee Joint 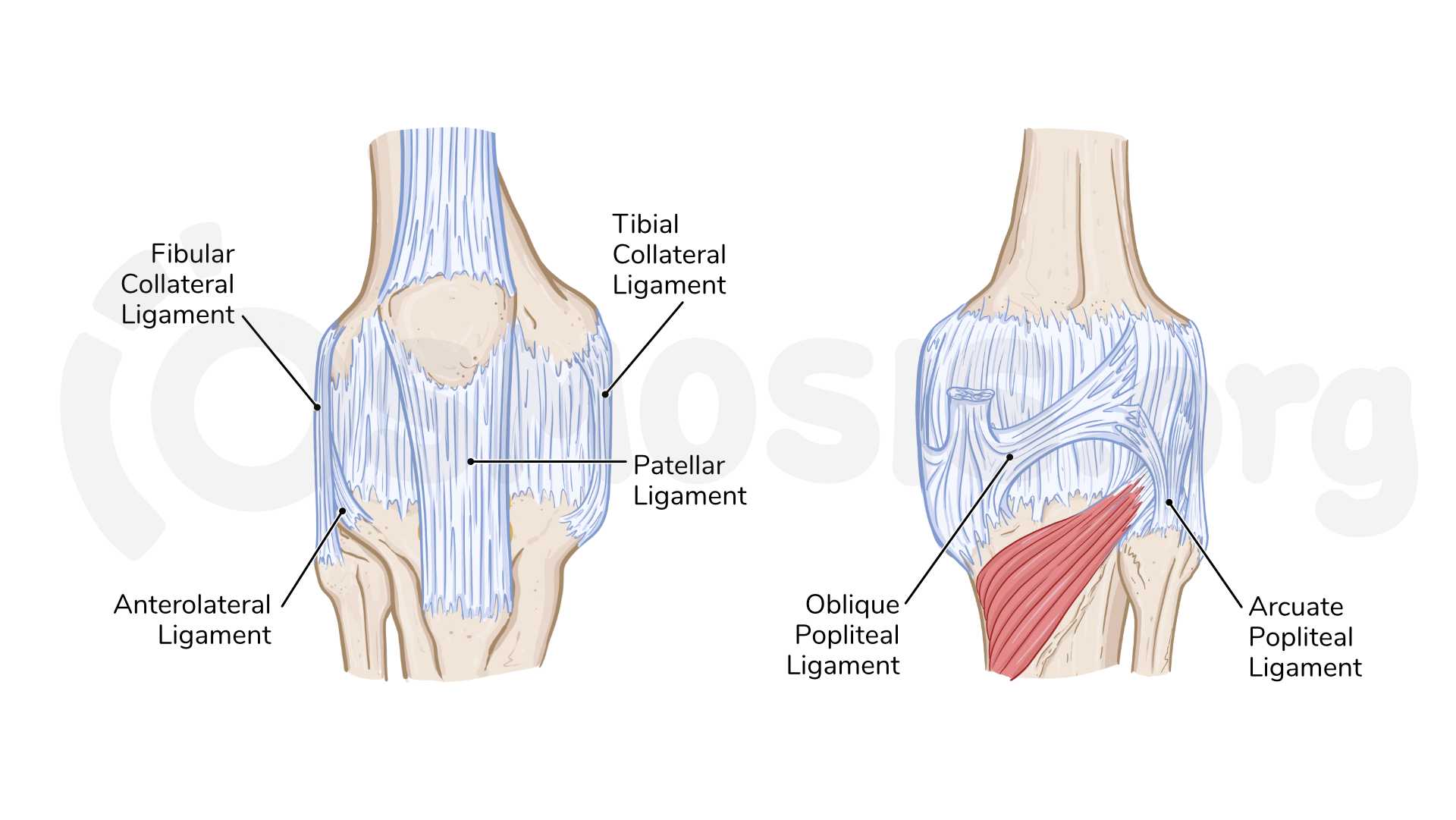 Figure 1. External Ligaments of the Knee A. Anterior (Left) B. Posterior (Right) 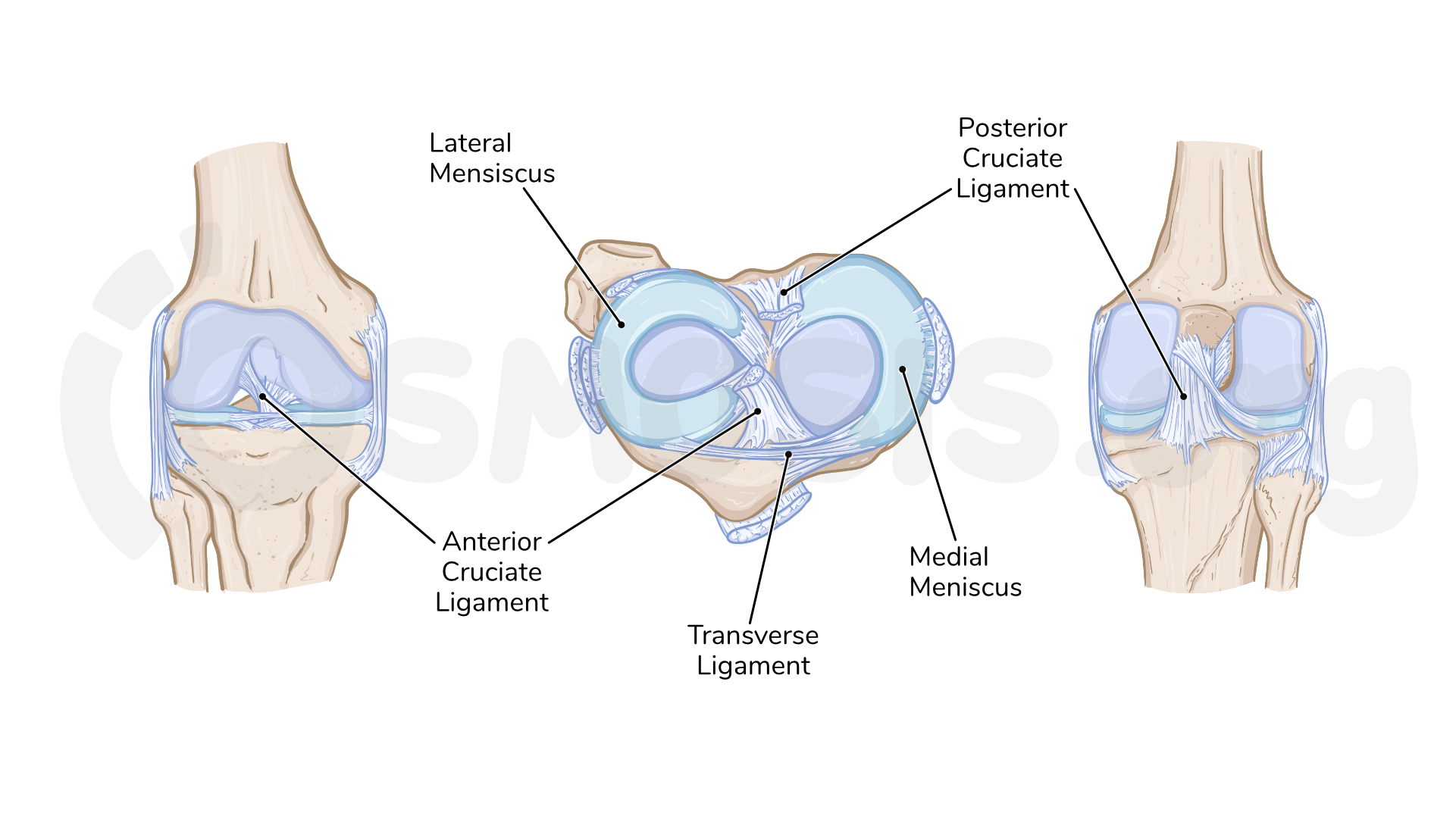 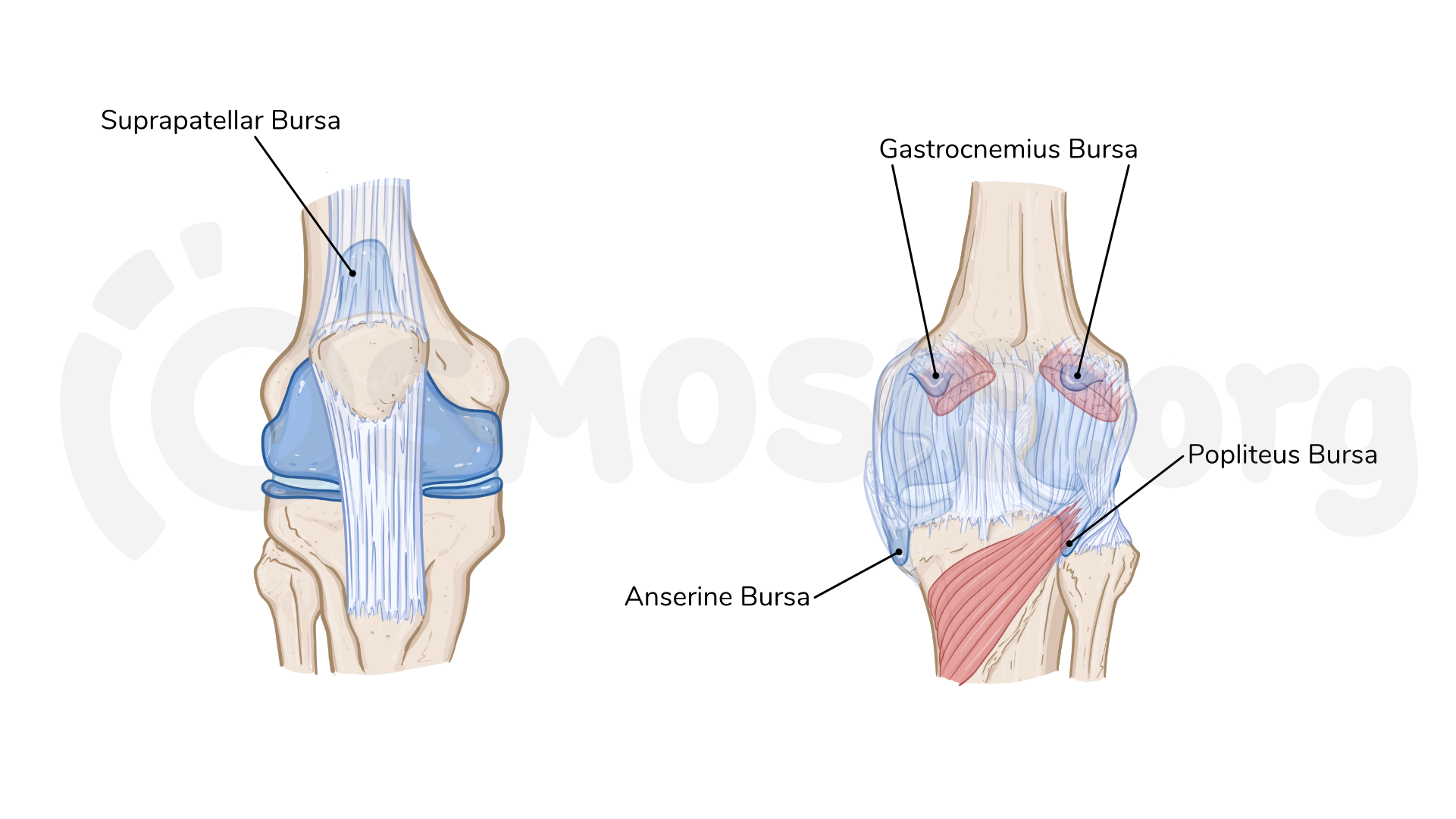 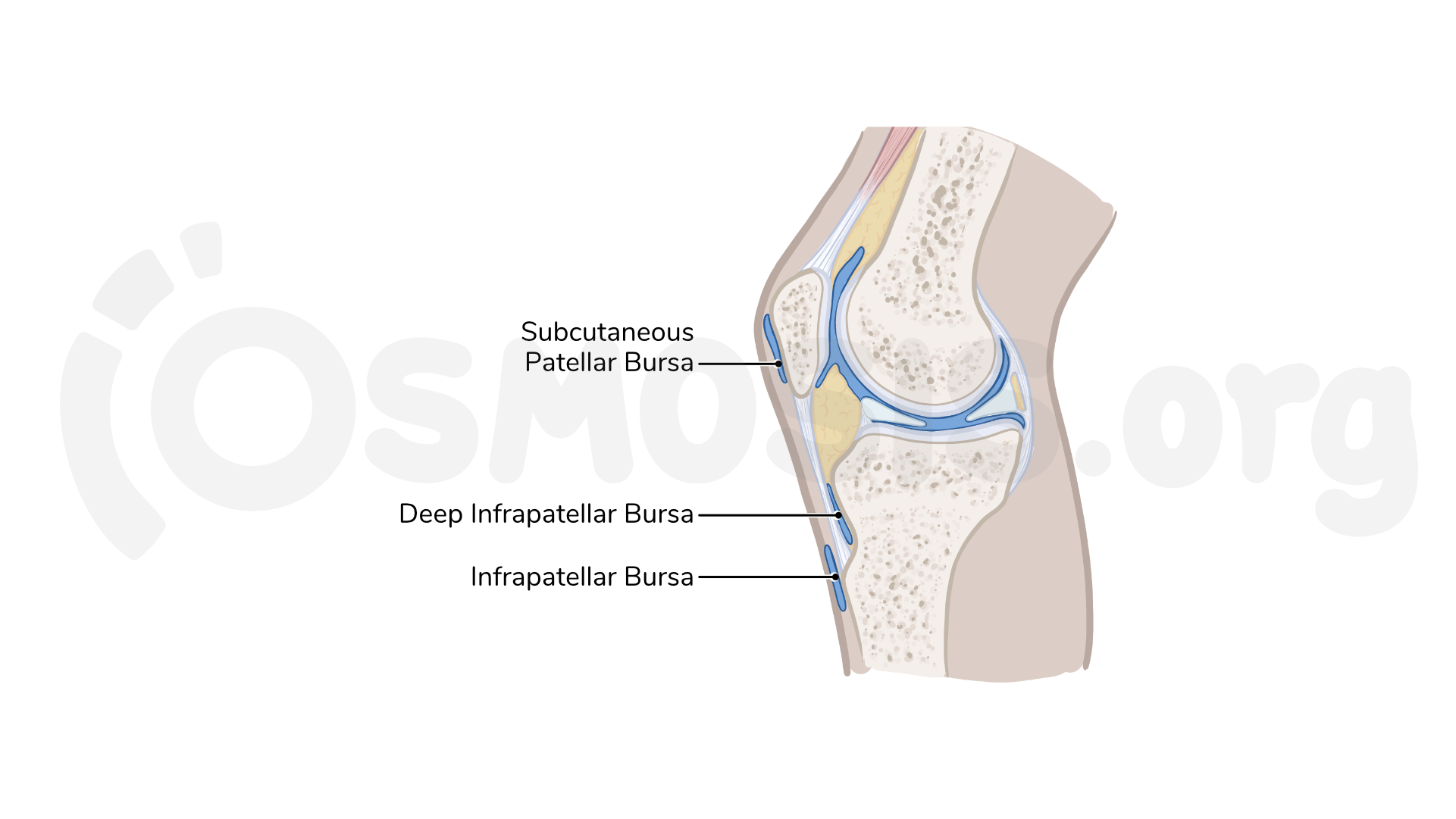 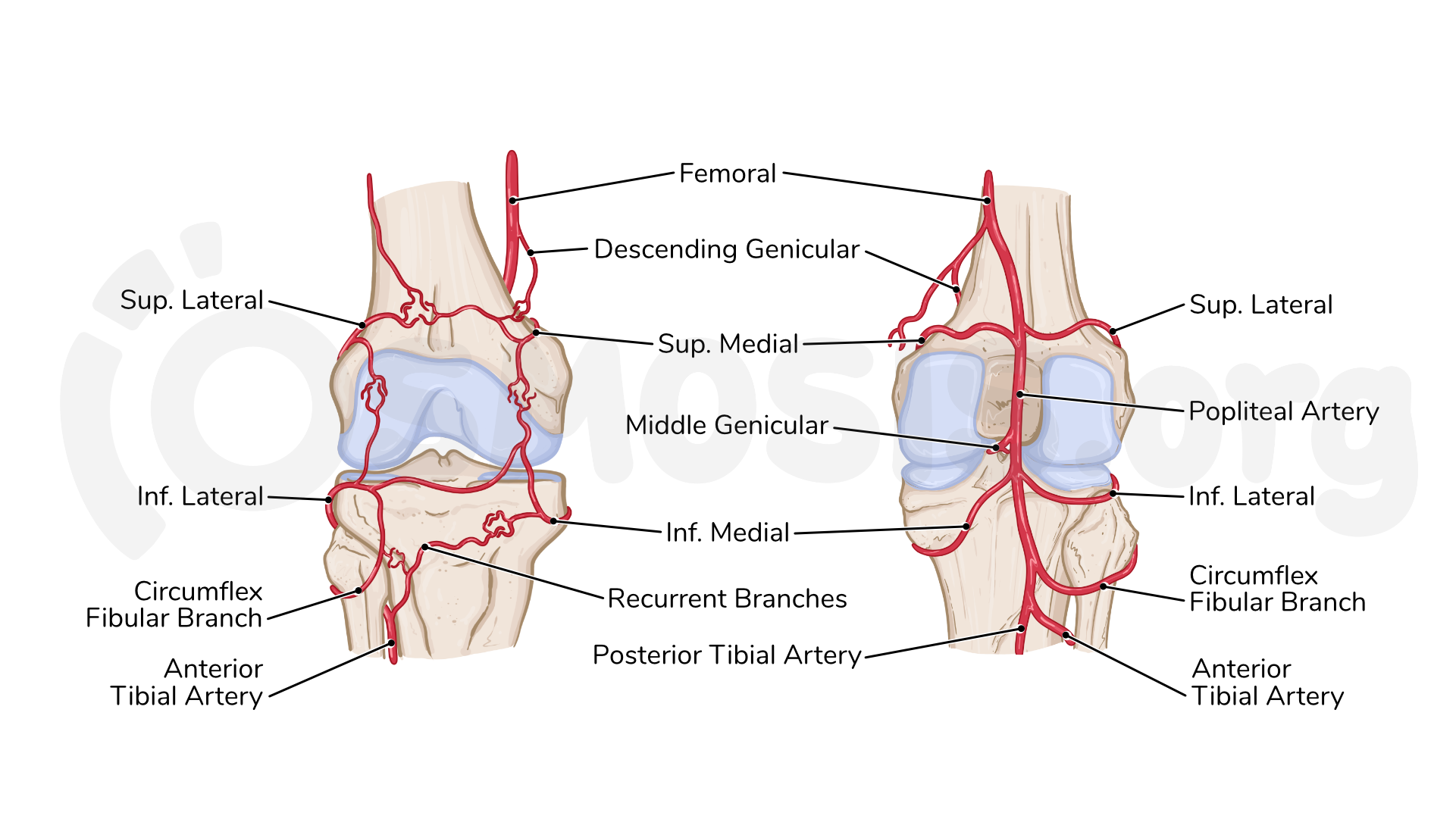 Figure 5. Blood Supply of the Knee Joint A. Anterior (Left) B. Posterior (Right) 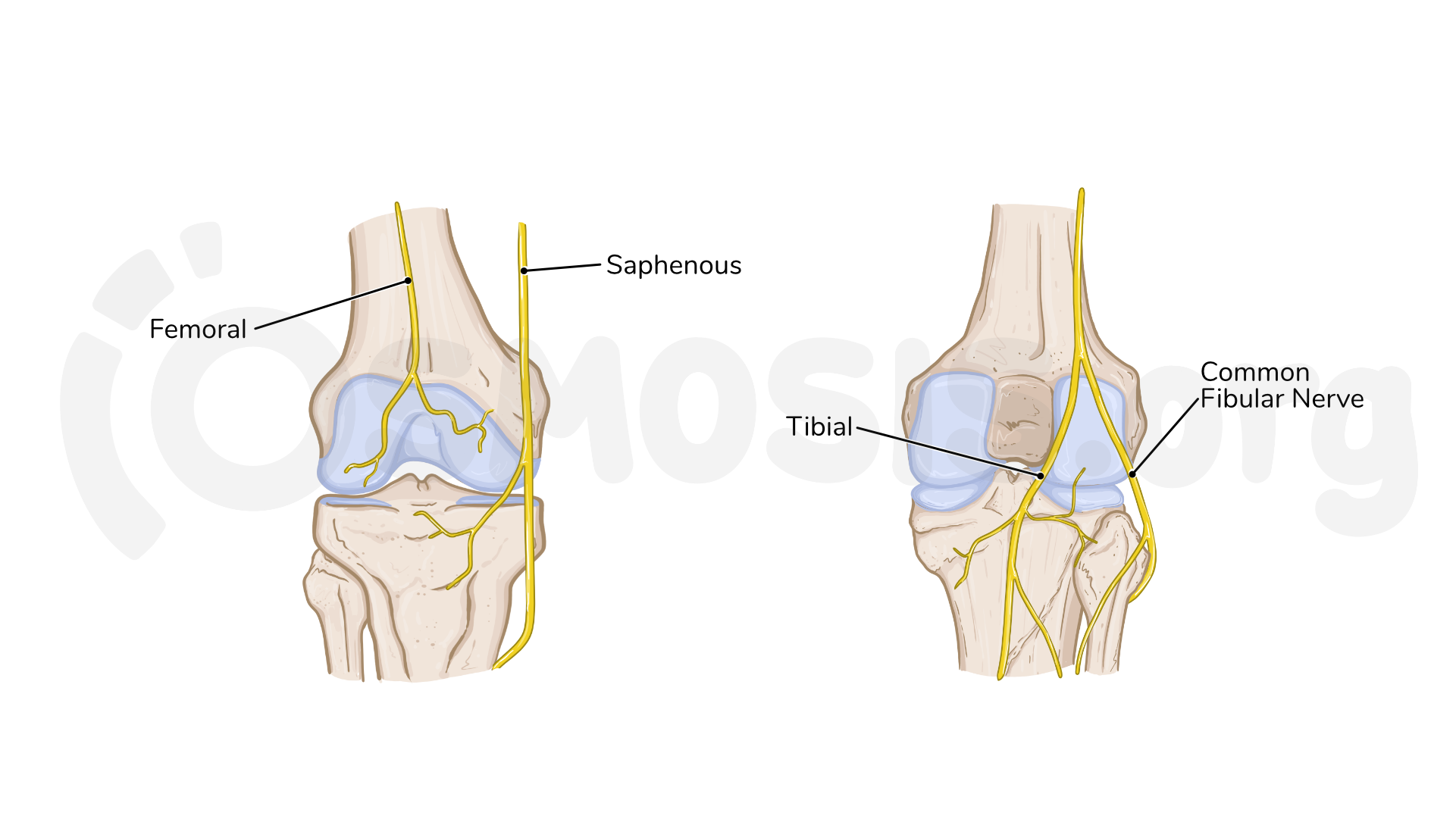 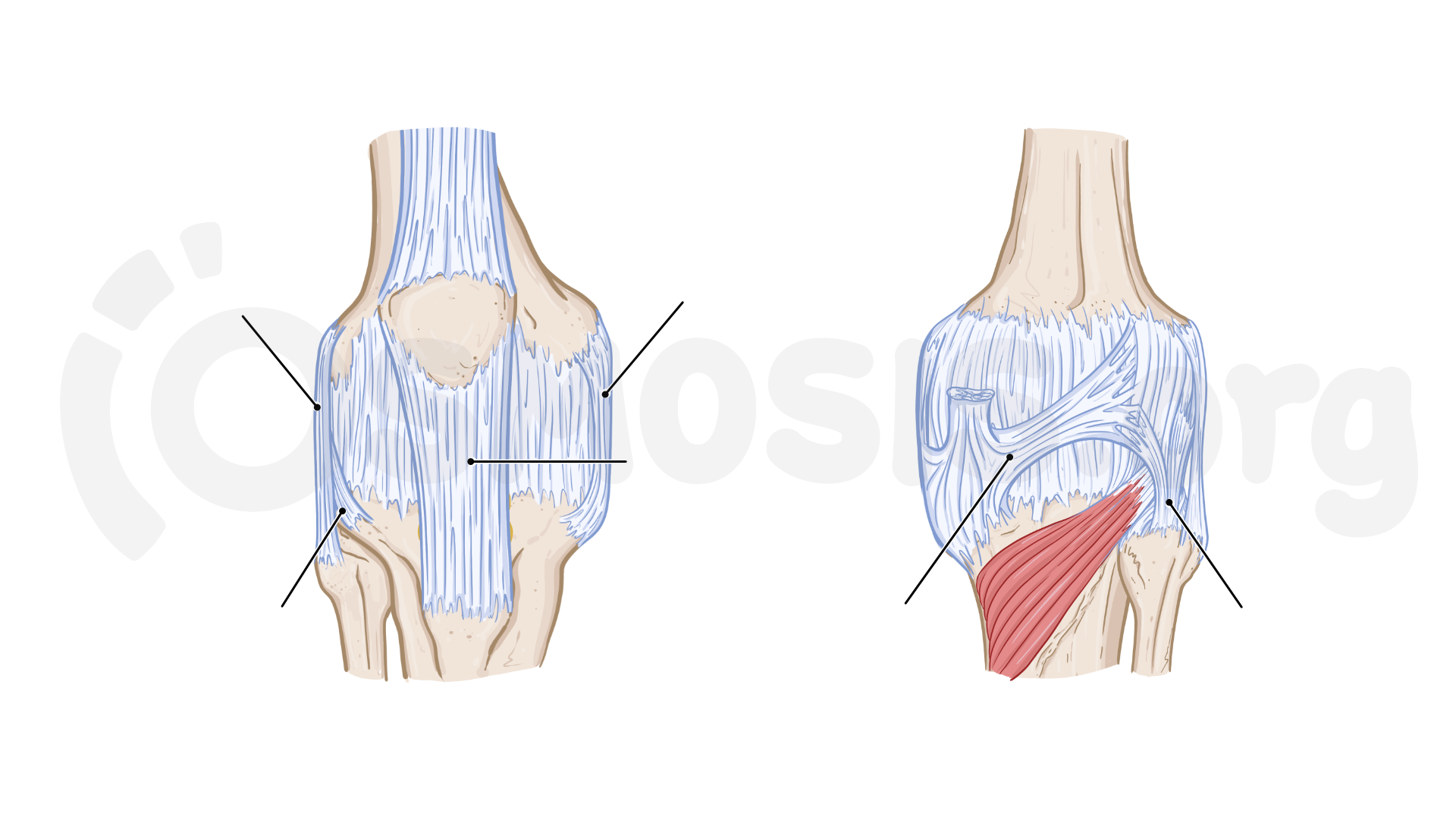 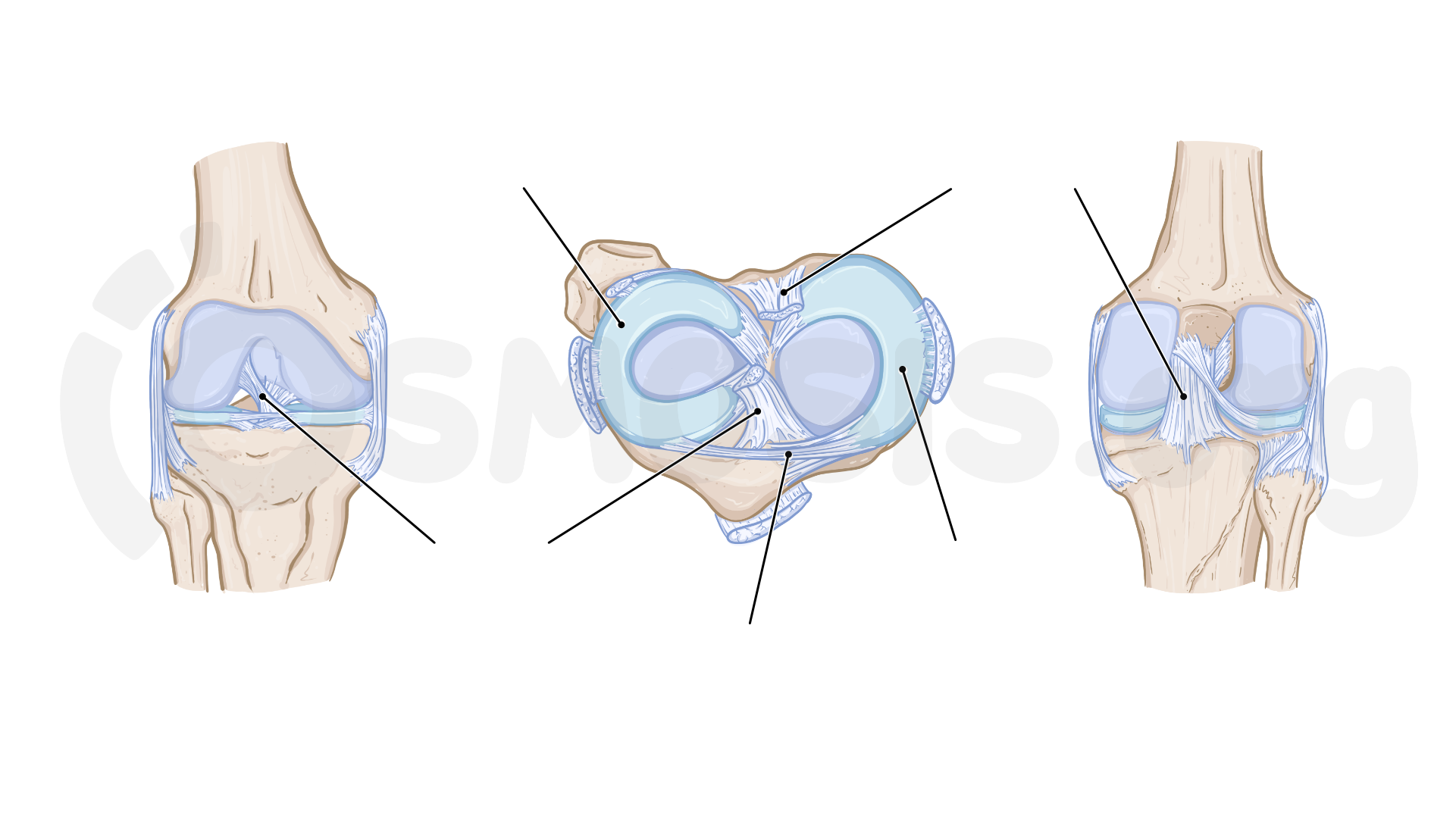 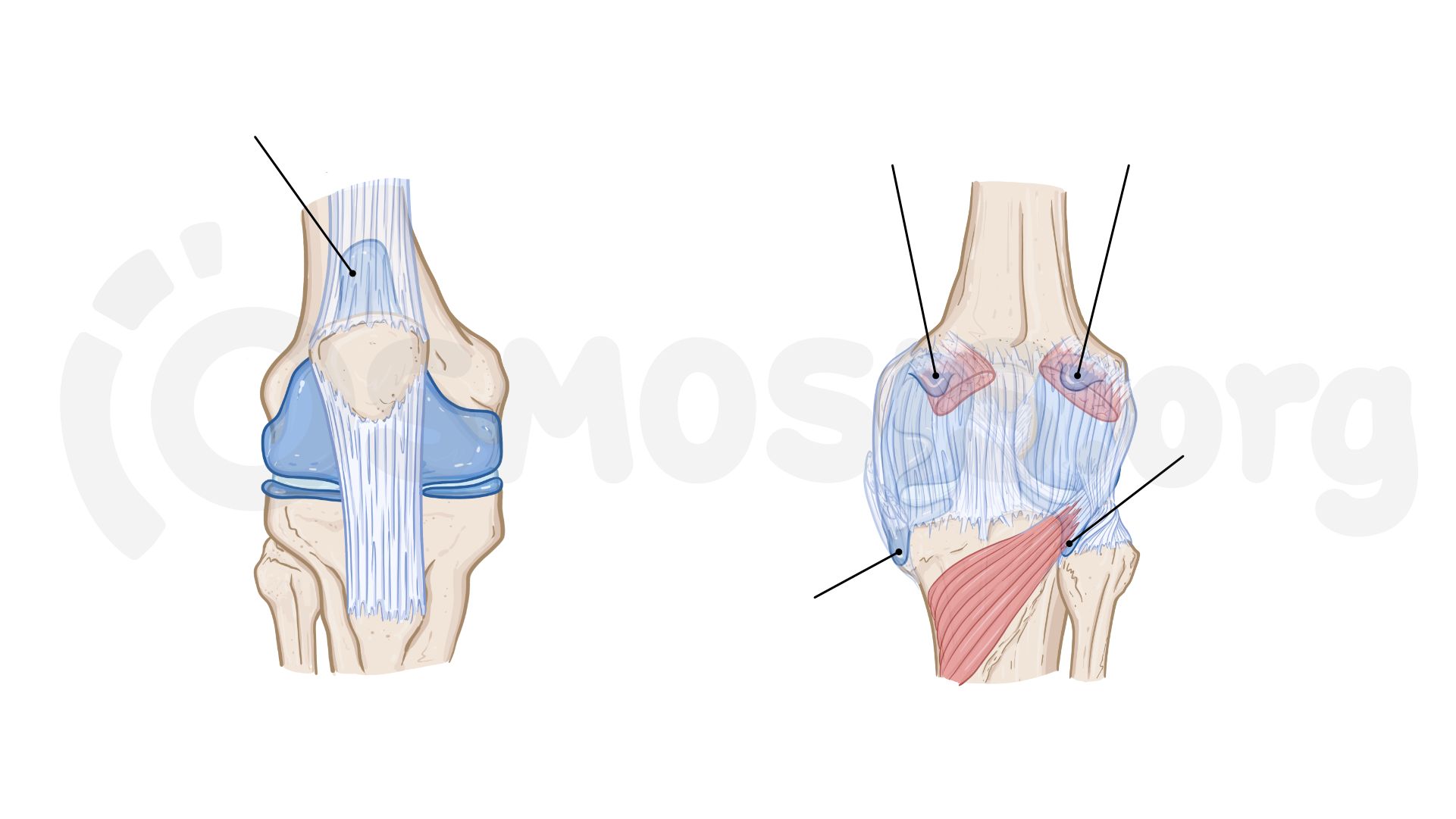 The fibular nerve is indicated in the image below.

The knee joint is a large hinge type of synovial joint, allowing flexion and extension of the lower limb.

Because the knee joint articular surfaces are irregularly shaped and incongruent, knee joint stability heavily relies on tibiofemoral ligaments, and the strength of the surrounding muscles such as the quadriceps.

Now, the knee joint is surrounded by a joint capsule, which has an external fibrous capsule and an internal synovial membrane.

Superiorly, the fibrous capsule attaches to the femur, just proximal to the articular margins of the condyles.

Posteriorly, the fibrous layer encloses the condyles and the intercondylar fossa, and has an opening for the tendon of the popliteus.

Inferiorly, the fibrous layer attaches to the margin of the tibial plateau, except where the tendon of the popliteus crosses the bone.

The quadriceps tendon, patella, and patellar ligament replace the fibrous layer anteriorly, and the fibrous capsule is continuous with the medial and lateral margins of these anterior structures.

The patellar ligament, the distal part of the quadriceps femoris tendon, is a thick fibrous band passing from the apex and adjoining margins of the patella to the tibial tuberosity.

On its lateral sides, it is joined by the medial and lateral patellar retinacula which are expansions of the vastus medialis and vastus lateralis respectively, which form the joint capsule in their respective areas and help maintain alignment of the patella throughout its movement during knee flexion and extension.

The collateral ligaments are two strap-like ligaments on the medial and lateral surface of the knee, and they contribute to knee stability by limiting varus and valgus movements of the knee, while also contributing to rotational stability.

The anterolateral ligament of the knee generally inserts on the lateral epicondyle of the femur to the lateral surface of the tibia, and also has a midpoint attachment to the lateral meniscus.

Then there’s the lateral or fibular collateral ligament which is a cordlike extracapsular ligament that extends inferiorly from the lateral epicondyle of the femur to the lateral surface of the fibular head.

Then, there’s the oblique popliteal ligament, which is an expansion of the tendon of the semimembranosus that reinforces the joint capsule posteriorly.

The ligament arises posterior to the medial tibial condyle and passes superolaterally toward the lateral femoral condyle, blending with the central part of the posterior aspect of the joint capsule.

And finally, the arcuate popliteal ligament strengthens the joint capsule posterolaterally. It arises from the posterior aspect of the fibular head and spreads over the posterior surface of the knee joint.

Both the oblique and the arcuate popliteal ligament are thought to contribute to posterolateral stability of the knee. The knee joint is also strengthened by the intracapsular structures, which include the cruciate ligaments and menisci.

The two cruciate ligaments are located within the fibrous joint capsule so are intracapsular, but lie outside of the synovial lined articular cavity as we said before so are considered extra-articular.

The anterior cruciate ligament, or ACL, arises from the anterior intercondylar area of the tibia, posterior to the attachment of the medial meniscus.

It extends superiorly, posteriorly, and laterally to attach to the posterior part of the medial side of the lateral condyle of the femur.