Assessments
Anatomy of the pectoral and scapular regions 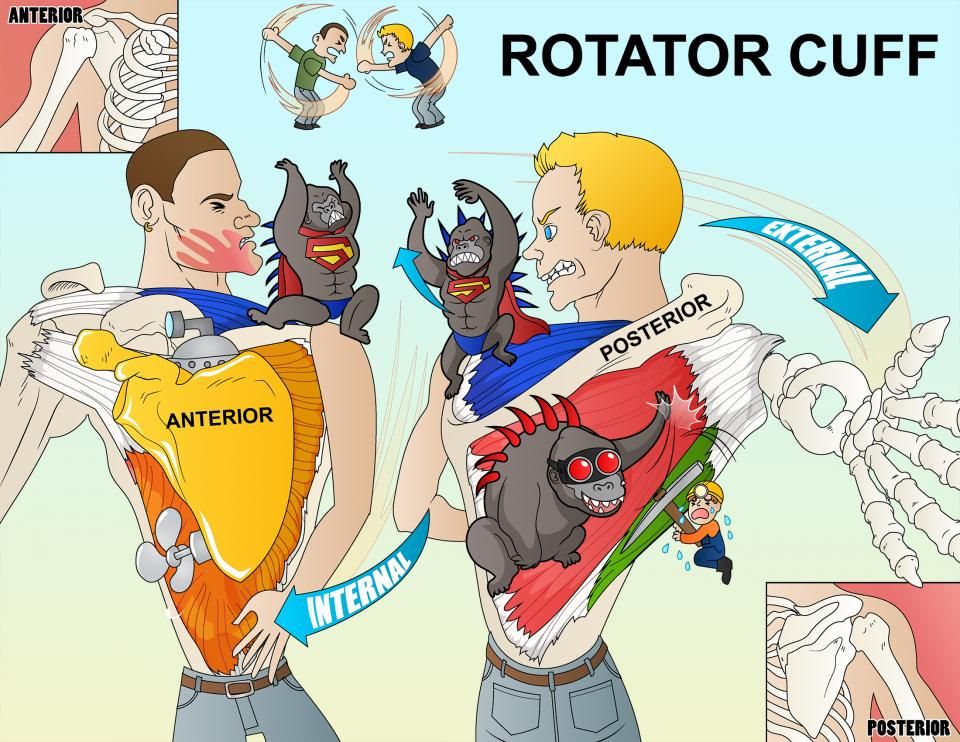 The pectoral and scapular regions consist of various structures that include muscles, blood vessels, and nerves; which all act together to make our upper limbs functional. The muscles of the pectoral region are divided into groups based on their locations.

First, let’s take a look at the axio-appendicular muscles, which are divided into two large groups: the anterior and posterior groups of muscles.

The anterior axio-appendicular group is composed of four muscles: the pectoralis major, pectoralis minor, the subclavius, and the serratus anterior.

The pectoralis major is a relatively flat, fan shaped muscle, which covers the upper half of the thorax.

This muscle has two proximal attachments also called heads. The first one is the clavicular head, which attaches proximally to the medial half of the clavicle.

Below it, there’s another much larger part called the sternocostal head, which attaches proximally to the anterior surface of the sternum and the superior six costal cartilages.

Both the clavicular and the sternocostal heads converge distally and then attach to the lateral lip of the intertubercular groove of the humerus.

Superolaterally, the clavicular head of the pectoralis major lies adjacent to the deltoid muscle.

These muscles don’t come completely together, thus creating a narrow gap between them that’s called the deltopectoral groove, which is where the cephalic vein passes.

Additionally, inferolaterally, the sternocostal head of the pectoralis major twists and forms the anterior axillary fold.

Both of these nerves arise from the brachial plexus, and their names tell which cords they’re from. The lateral pectoral nerve takes a journey to reach its destination.

First, it arises from the lateral cord and then passes across the axillary artery and vein before piercing the clavipectoral fascia to finally gain access to the deep surface of the clavicular head.

On the other side, the medial pectoral nerve arises from the medial cord, and curves anteriorly passing between the axillary artery and vein.

It then pierces pectoralis minor and then the sternocostal head of pectoralis major, innervating both of these muscles.

Alright, so when these two heads of the pectoralis major muscle contract simultaneously, they produce adduction, and medial rotation of the arm. Additionally, each muscle head can also contract independently.

When the clavicular head contracts alone, it causes flexion of the arm, while the contraction of the sternocostal head extends it back from a flexed position

You can think of these two muscles as cousins, where the major covers and gives comfort to the minor one.

The base of the pectoralis minor muscle attaches to the anterior surface of the third, fourth, and fifth ribs, at the point where they meet their costal cartilages.

The fibers of pectoralis minor converge towards its apex superolaterally into a tendon that attaches to the coracoid process of the scapula. The pectoralis minor is innervated by the medial pectoral nerve.

And when the pectoralis minor contracts, it pulls on the coracoid process inferiorly and anteriorly against the thoracic wall, providing stability to the scapula by holding it tight to the thorax.

It also helps during deep inhalation because this muscle can elevate the ribs as it contracts, thus increasing the volume of the thoracic cavity, so more air can get into the lungs.

Next in the anterior axio-appendicular group is the subclavius, which is this small round muscle lying horizontally inferior to the clavicle and superior to the first rib. It’s best seen when the arm is in the anatomical position.

Proximally, the subclavius attaches to the first rib and its costal cartilage, while distally, it attaches to the inferior surface of the middle third of the clavicle. This is where this muscle gets its name.

The subclavius is innervated by the nerve to subclavius, which receives fibers from the anterior rami of C5 and C6 via the superior trunk of the brachial plexus.

The subclavius helps to stabilize the shoulder by anchoring and depressing the clavicle and also adding some strength to stabilize the acromioclavicular joint when you hit those heavy weights at the gym.

Last but not least, there’s the serratus anterior muscle, which forms the medial wall of the axilla and lies over the lateral part of the thorax.

This is a fitting name for the muscle because “Serratus” means saw and the way this muscle’s fibers are arranged on its anterior border gives it a saw-like appearance.

The muscle originates on the external surfaces of the lateral parts of the upper eight ribs and then prolong laterally and posteriorly to insert onto the whole length of the anterior aspect of the medial border of the scapula, along with the inferior angle of the scapula.

The serratus anterior is innervated by the long thoracic nerve which originates from the anterior rami of C5, C6, and C7.

When the serratus anterior contracts, it protracts the scapula, meaning it pulls it anteriorly and laterally along the back.

This happens when you are trying to reach for something anteriorly or when making a punching motion, which is why this muscle is also referred to as the boxer’s muscle.

The serratus anterior also helps to anchor the scapula by holding it close to the thoracic wall, like when doing push ups or pushing a car.

Last but not least, this muscle also causes the scapula to rotate upwards, thus tilting its glenoid cavity like when abducting your arm above the head.

OK, so now let’s pause and reflect a bit on what we've seen so far. In the meantime, can you recall the muscles of the anterior axio-appendicular group and their innervations?

The blood supply of both the pectoralis major and minor comes from the pectoral artery, which is one of the four branches of the thoracoacromial artery.

After branching off from the axillary artery, the thoracoacromial artery curls around the superomedial border of the pectoralis minor, and then pierces the costocoracoid membrane of the clavipectoral fascia.

After it emerges on the other side of the fascia, that’s when it divides into four branches in which the first is the pectoral artery.

The pectoral branch passes between the pectoralis major and minor where it provides branches that supply these two muscles.

Next, the thoracoacromial artery gives the clavicular branch, which courses superiorly and medially to supply the subclavius muscle and the sternoclavicular joint.

The thoracoacromial artery also gives the acromial branch, which runs superior to the coracoid process, towards the acromion.

Finally, towards the lateral side, the thoracoacromial artery gives the deltoid artery, which then crosses over the pectoralis minor muscle, and then passes alongside the cephalic vein in the deltopectoral groove between the pectoralis major and deltoid muscle.

At this level, the deltoid artery provides branches that supply both of these muscles. Now, let’s move to the muscles of the posterior axio-appendicular group.

They are divided into two subgroups. The first subgroup consists of two superficial muscles: the trapezius and latissimus dorsi.

The trapezius is this large triangular muscle extending from the posterior aspect of the neck to the superior half of the back.

There’re two trapezius muscles in the back, which when seen together, look like a trapezium.

Proximally, the trapezius attaches to the medial third of the superior nuchal line, the external occipital protuberance, the nuchal ligament, and the spinous processes of the C7 to T12 vertebrae.

Distally, the trapezius attaches to the lateral third of the clavicle, the acromion, and the spine of the scapula.

Based on the orientation of its fibers, the trapezius is divided into the ascending part, the middle part, and the descending part.

This muscle is innervated by the spinal accessory nerve, which is cranial nerve 11, as well as by branches from the anterior rami of C3 and C4.

Contraction of the descending part results in the elevation of the scapula, like when shrugging the shoulders.

And finally, when the ascending and descending fibers work together, it results in superior rotation of the scapula on the thoracic wall.

The second superficial muscle is latissimus dorsi, which extends from the trunk to the humerus, acting directly on the glenohumeral joint and indirectly on the pectoral girdle.

The latissimus dorsi is proximally attached to the iliac crest, thoracolumbar fascia, the inferior sixth thoracic vertebrae, and the inferior three or four ribs.

Distally, the latissimus dorsi attaches to the floor of the intertubercular groove of the humerus.

The latissimus dorsi is innervated by the thoracodorsal nerve which receives fibers from the anterior rami of C6, C7, and C8.

The contraction of Latissimus dorsi extends and medially rotates the humerus, like when trying to scratch that annoying itch in the middle of your back.

It’s also a powerful adductor and is the muscle used when pulling yourself up during rock climbing, chin ups, or movements such as swimming or chopping wood.

The second subgroup of the posterior axio-appendicular muscle group consists of two deep muscles, which are the levator scapulae and the rhomboids.

The levator scapulae lies in the neck, deep to the sternocleidomastoid muscle and the trapezius.

Proximally, it attaches to the posterior tubercles of the transverse processes of C1 to C4 vertebrae and then descends to distally attach to the medial border of the scapula, superior to the root of the scapular spine.

“Levator” roughly translates as “lifter”, so when this muscle contracts, it elevates the scapula.

It also fixes the scapula and holds it in place to resist downward forces like when carrying a heavy piece of luggage up the stairs. It also rotates the glenoid cavity inferiorly by rotating the scapula downwards.

Now, let’s have a look at the rhomboids, the muscles that are immediately located deep to the trapezius.

The proximal attachment of the rhomboid minor is to the nuchal ligament and the spinous processes of the C7 and T1 vertebrae.

Both rhomboids are innervated by the dorsal scapular nerve, which receives fibers from the anterior rami of C4 and C5.

Now, to help remember which vertebrae the levator scapulae and rhomboid muscles originate from, you can recall the 4-2-2-4 rule.

The levator scapulae originates from the first 4 vertebrae - C1 to C4. Then, none of these muscles originate from the next 2 vertebrae, which is C5 & C6.

So, starting at the top of the vertebral column - 4 vertebrae for the origin of levator scapulae, 2 with no attachment, 2 for rhomboid minor and 4 for rhomboid major. 4-2-2-4!

Okay, now back to the rhomboids. Rhomboid minor and major always contract together, producing scapular retraction and downward rotation of the scapula.

They also assist the serratus anterior in holding the scapula against the thoracic wall.

These movements enable us to forcibly lower the arm, like when driving a stake with a sledgehammer.