Assessments
Anatomy of the pelvic cavity 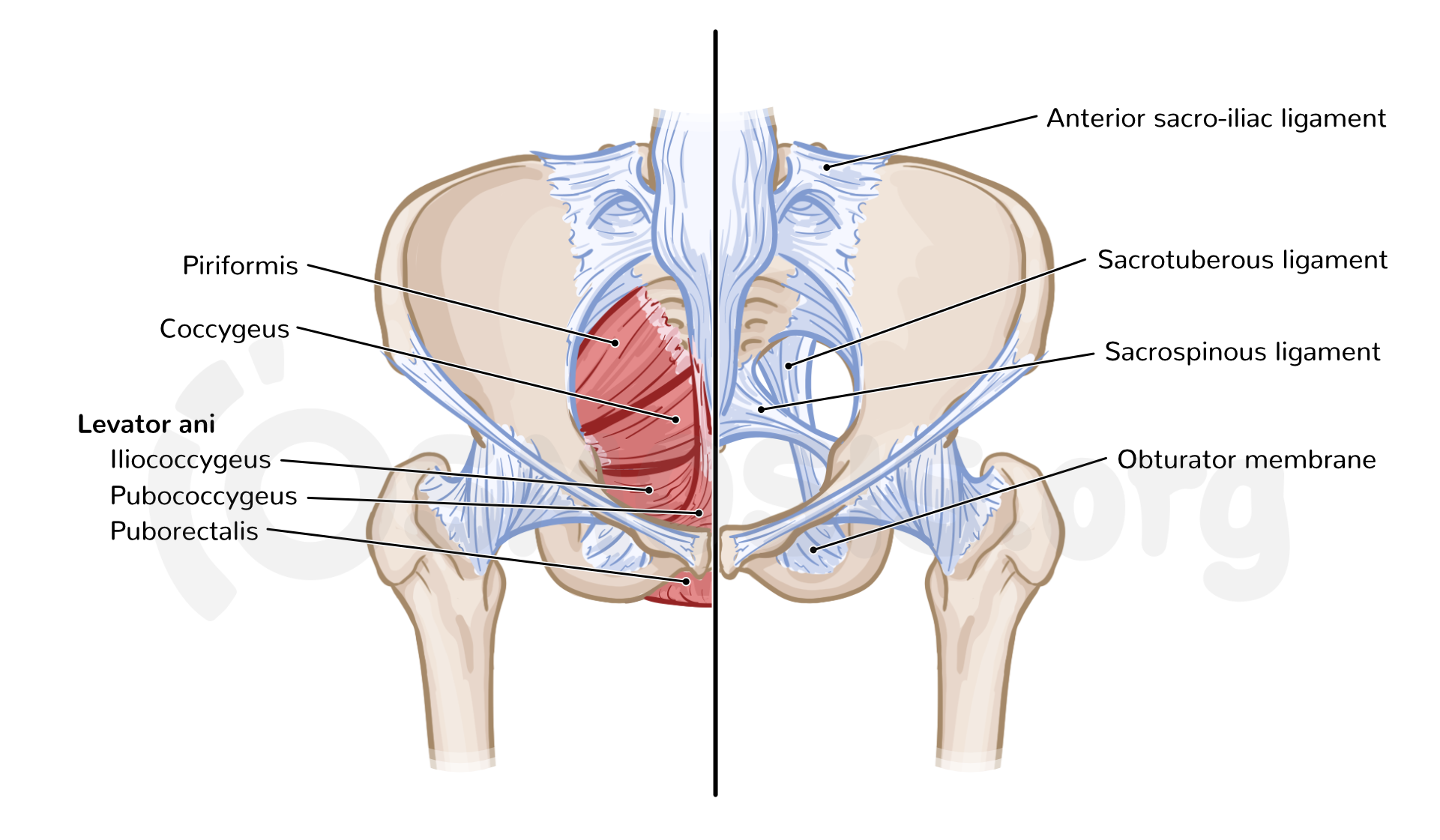 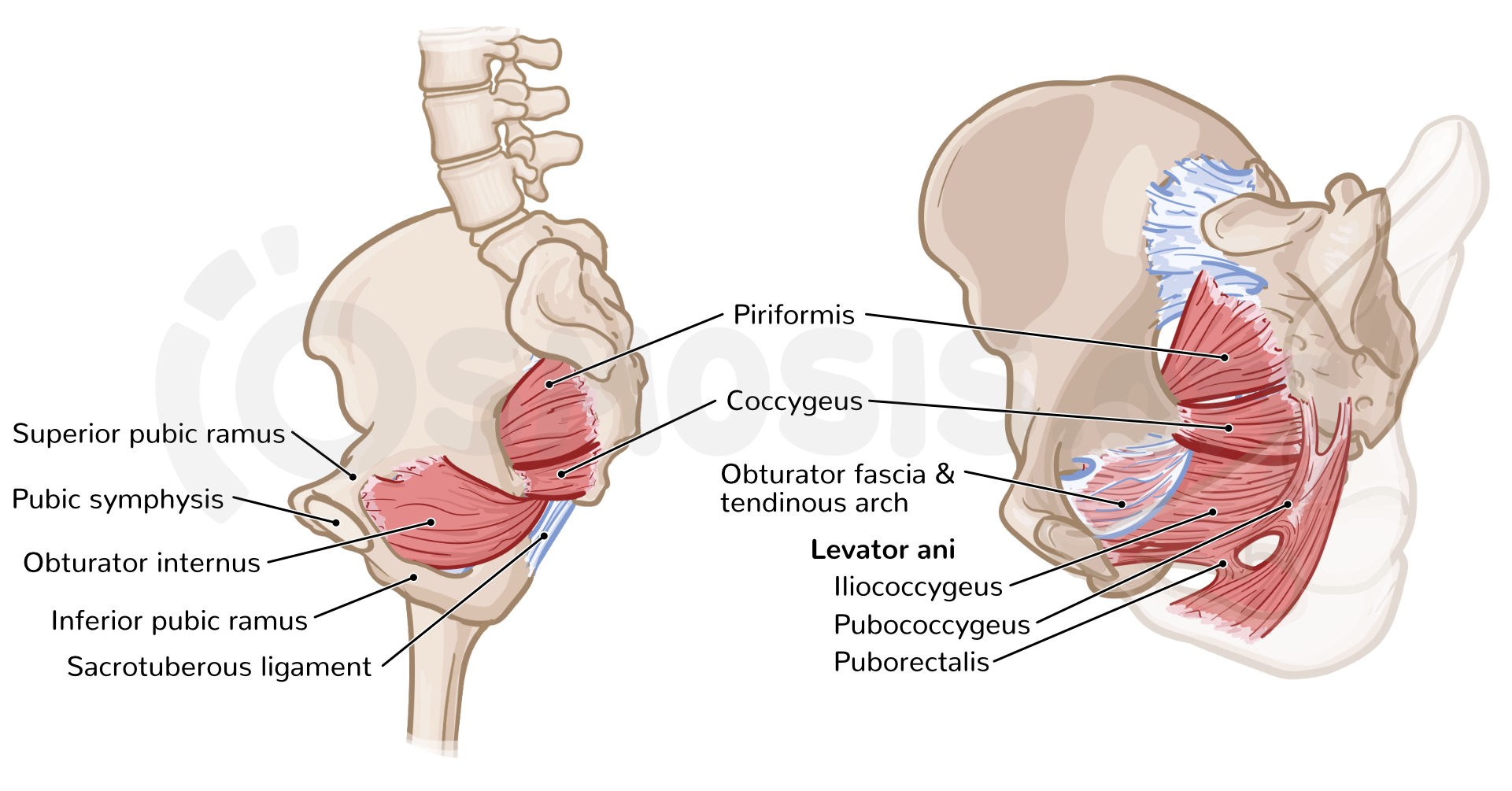 Figure 2: Lateral and anterior walls of the male pelvic cavity. A. Medial view. B. Anterolateral view 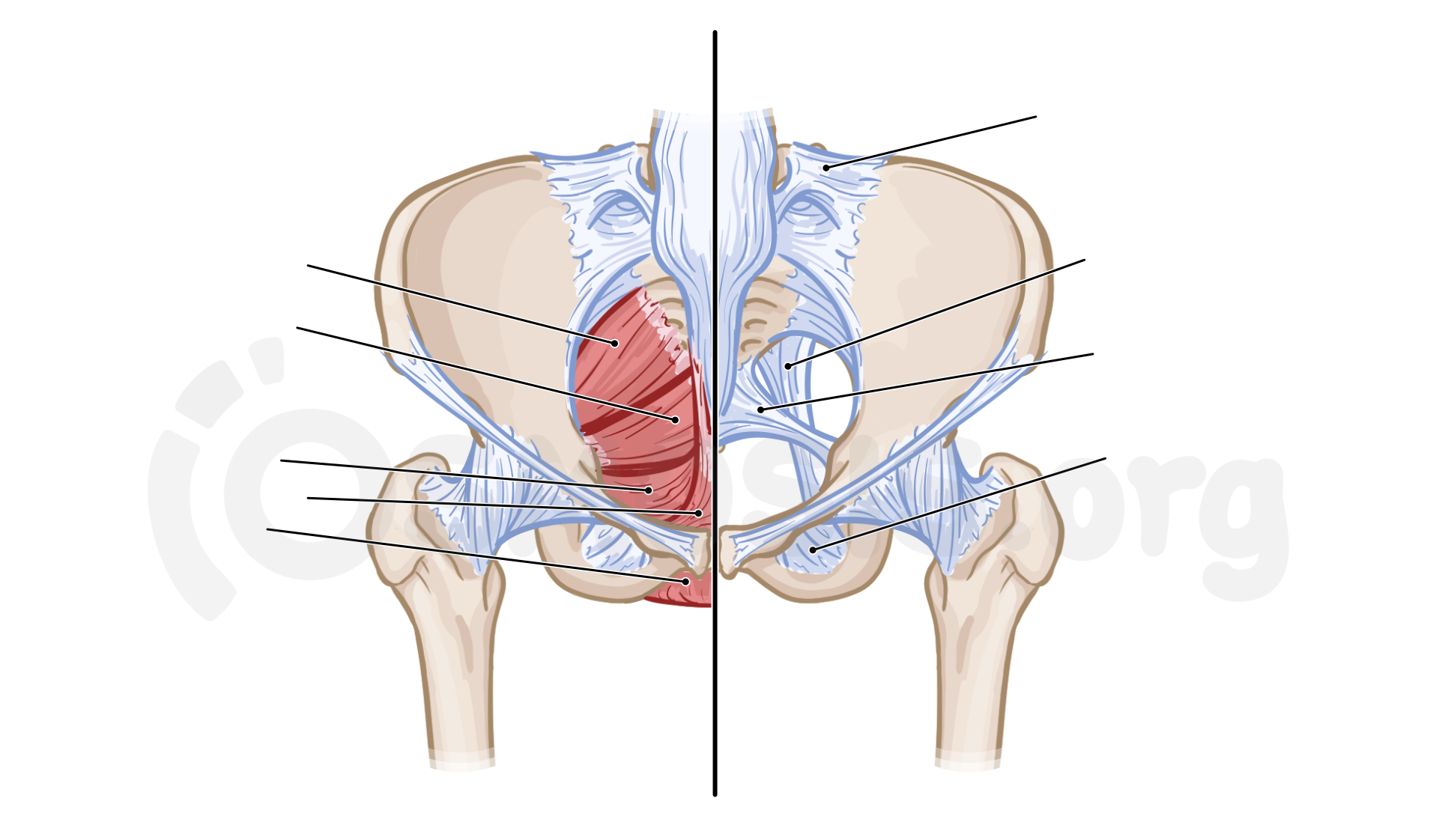 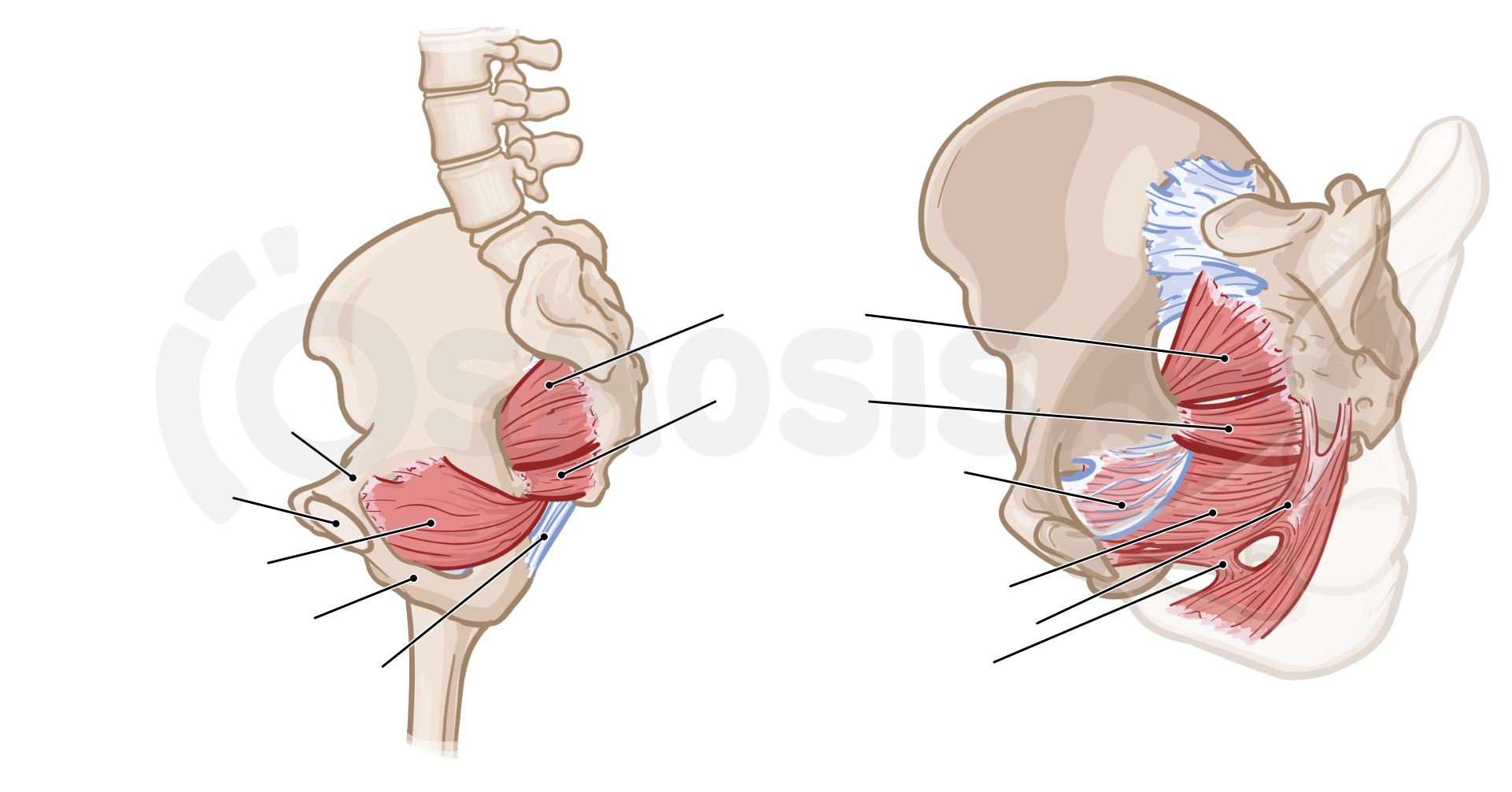 The sacrotuberous ligament is indicated in the image below.

The pelvic cavity is a funnel-shaped space surrounded by pelvic bones and it contains organs, such as the urinary bladder, rectum, and pelvic genitals, to name a few.

The pelvic cavity and the abdominal cavity together form the larger abdominopelvic cavity.

The pelvic cavity is bounded superiorly by the pelvic inlet, which connects it to the abdominal cavity, and inferiorly, it’s bounded by a group of muscles and the fascia surrounding them, called the pelvic floor or pelvic diaphragm which is suspended above the pelvic outlet, with its central portion dipping below it.

The pelvic cavity also has an anteroinferior wall, two lateral walls, and a posterior wall.

So let’s start with the anteroinferior wall, formed by the bodies and rami of pubic bones, and the pubic symphysis.

Anteriorly, the bodies of the right and left pubic bones are joined together in the median plane to form the pubic symphysis.

Now, in an anatomical position, the pelvis is tilted in the anterior-posterior plane, making the pubic bones and pubic symphysis act more like a weight bearing floor than an anterior wall.

The lateral walls of the pelvic cavity are formed by the right and left hip bones.

Each hip bone has an inferior opening called the obturator foramen, which is formed by the pubis and the ischium.

The foramen is partially covered by a membrane called the obturator membrane.

This membrane and the pelvic surfaces of the ilium and ischium give origin to a muscle called the obturator internus which pads most of the lateral pelvic wall.

Now, the fibers of the obturator internus muscle fibers converge posteriorly to become tendinous, and then travel through a foramen called the lesser sciatic foramen.

Finally, they attach to a large area on the lateral side of the femur called the greater trochanter.

This fascia covers most of the muscle, and becomes thicker medially to form a tendinous arch.

This arch gives origin to one of the muscles forming the pelvic floor or pelvic diaphragm.

Additionally, the attachment of the pelvic diaphragm to the obturator fascia divides the obturator internus into a superior pelvic portion, and an inferior peroneal portion.

The bony part is formed by the sacrum and coccyx, which are the final parts of the vertebral column.

The sacrum is a wedge-shaped bone composed of five fused sacral vertebrae. It forms the posterosuperior wall of the pelvic cavity, and has a superior base and an inferior apex.

Also, the sacrum connects to the hip bones on both sides forming the sacro-iliac joints.

Next, there’s the coccyx, also called the tailbone, which is a small triangular bone formed by the fusion of 4 vertebrae.

Inferiorly, it attaches to the apex of the sacrum, and forms the last part of the vertebral column. Wonder why it’s called the tailbone?

Because the coccyx is the remnant of a tail-like structure found in human embryos between weeks four and eight, called the caudal eminence.

But it’s not just an embryonic remnant - multiple structures attach to the coccyx.

These include parts of the gluteus maximus and coccygeus muscles, and a ligament called the anococcygeal ligament.

Now, as the name suggests, the musculoligamentous part of the posterior wall is composed of muscles and ligaments.

The piriformis is the main muscle which forms the posterolateral walls of the pelvic cavity.

The ligaments that form the posterior wall are the anterior sacro-iliac, sacrotuberous, and sacrospinous ligaments.

The anterior sacro-iliac ligament is one of the ligaments that support the sacro-iliac joints anteriorly.

The sacrotuberous ligament passes from the posterior surface of the ilium and the lateral surfaces of the sacrum and coccyx, to the ischial tuberosity.