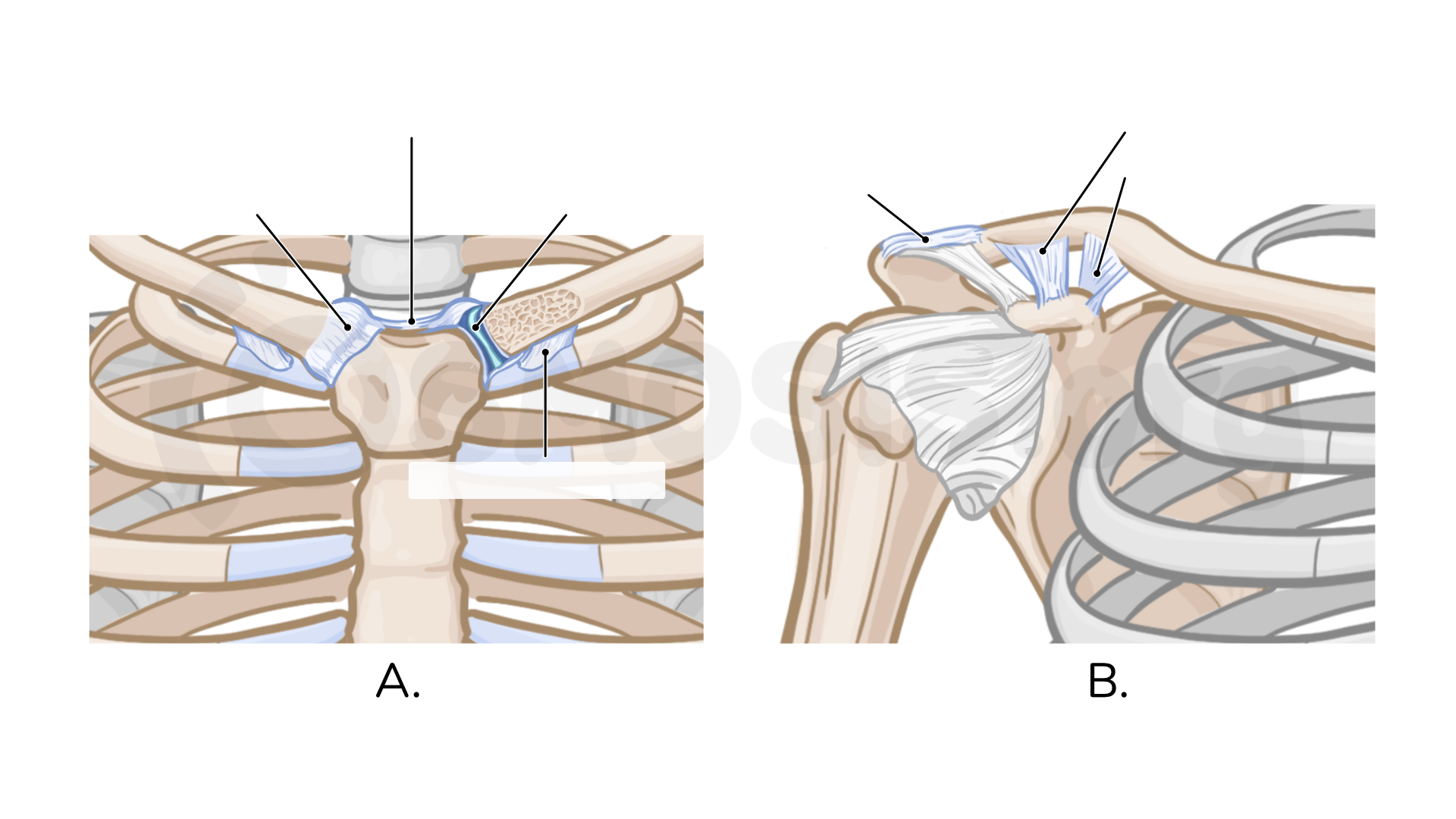 Joints are structures in which bones meet to either permit movement, or provide stability.

There are plenty of them in our upper limbs.

So let’s get acquainted with the first two of these joints!

First up, there’s the sternoclavicular joint, which is the only bony articulation attaching the upper limb to the axial skeleton.

It involves the clavicular notch of the manubrium, the medial end of the clavicle, and a small part of the first costal cartilage.

Like any other synovial joint, the articular surfaces of the sternoclavicular joint are covered by the fibrous joint’s capsule which has 4 ligamentous thickenings, simply called ligaments, lined internally by a thin layer of synovial membrane.

And second, there’s the acromioclavicular joint.

It lies between the lateral end of the clavicle and the tip of the acromion of the scapula.