Assessments
Anatomy of the thyroid and parathyroid glands 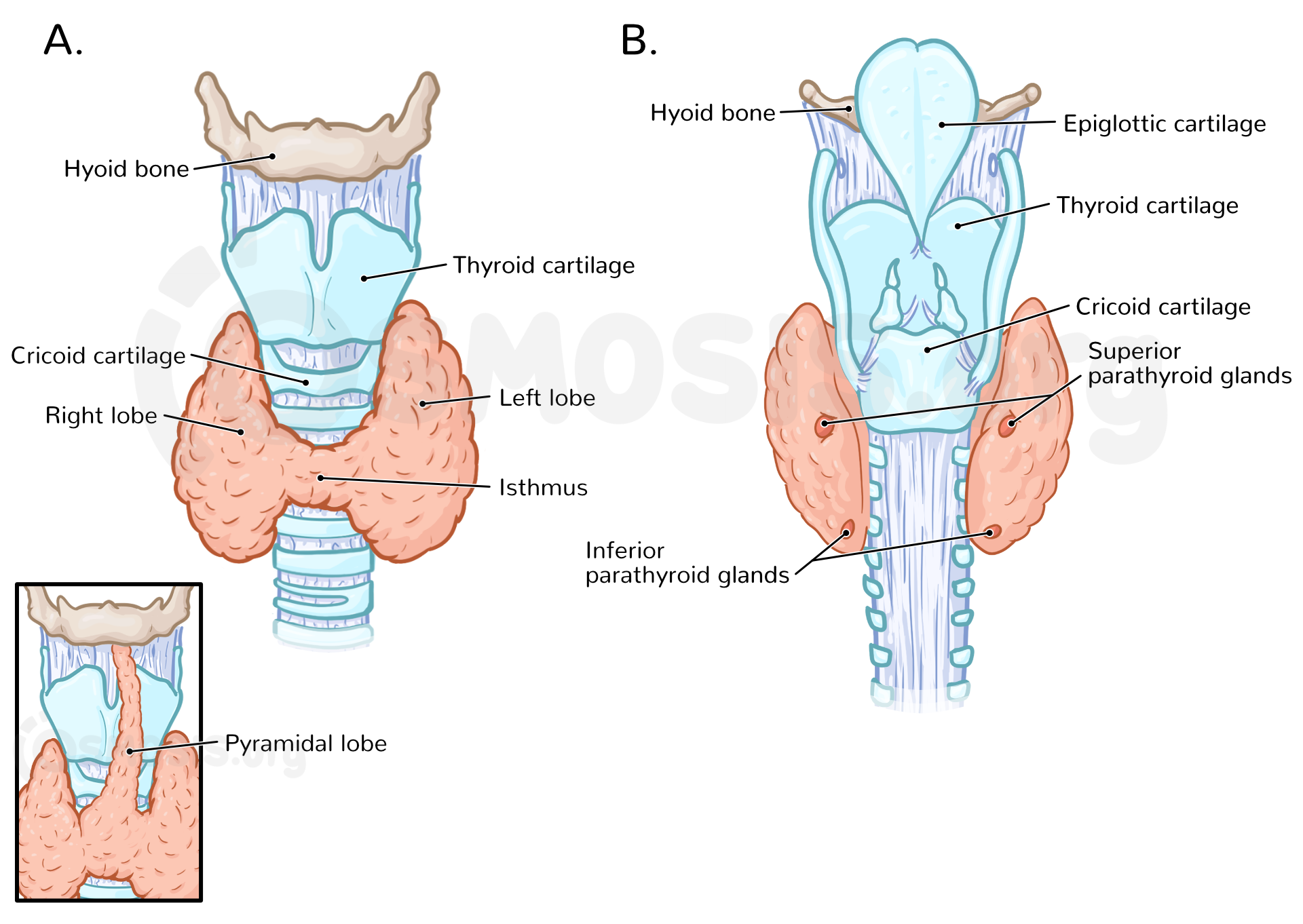 Figure 1: Anatomy of the thyroid, A. Anterior view, and B. Posterior view with parathyroid glands. 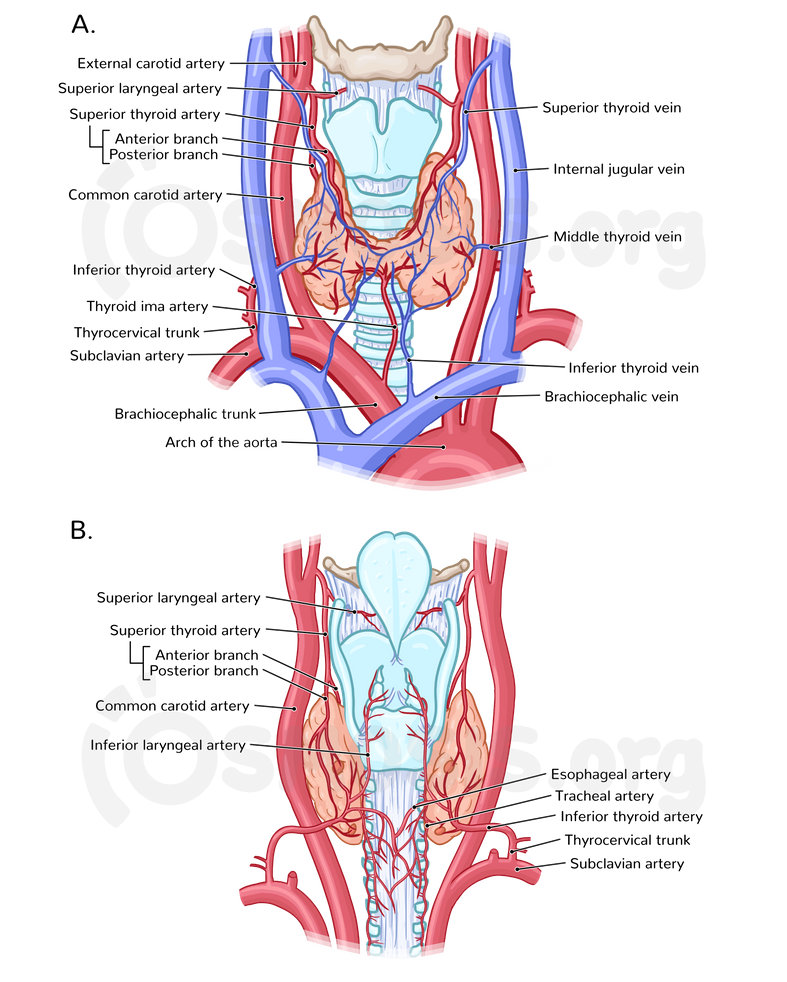 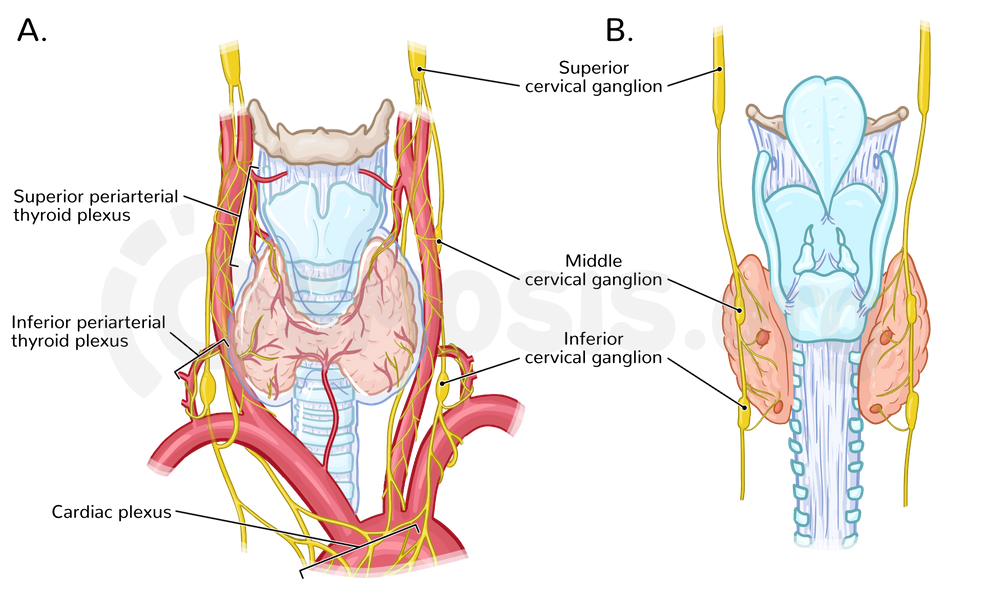 Figure 3: Innervation of the thyroid and parathyroid glands, A. Anterior view and B. Posterior view. 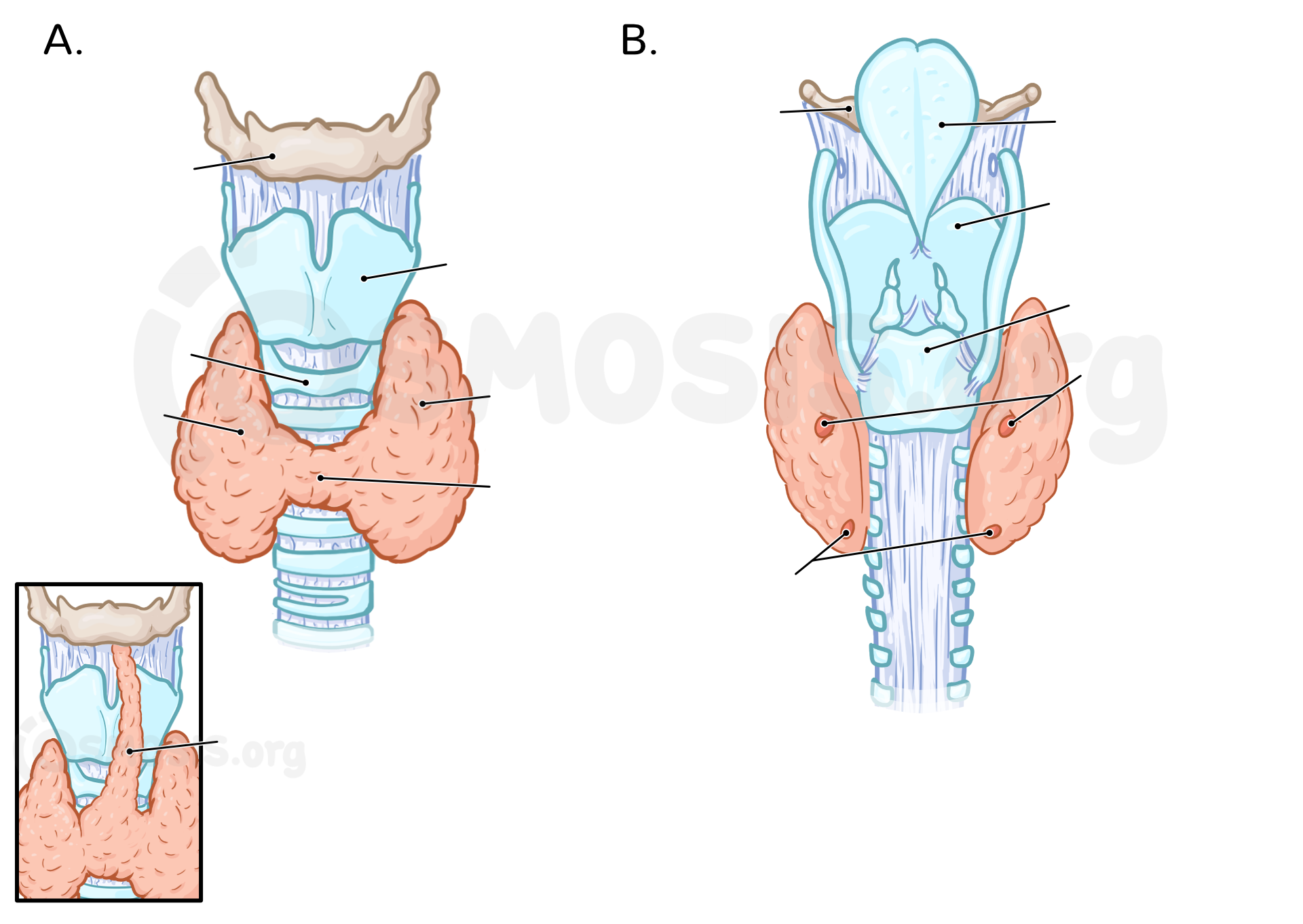 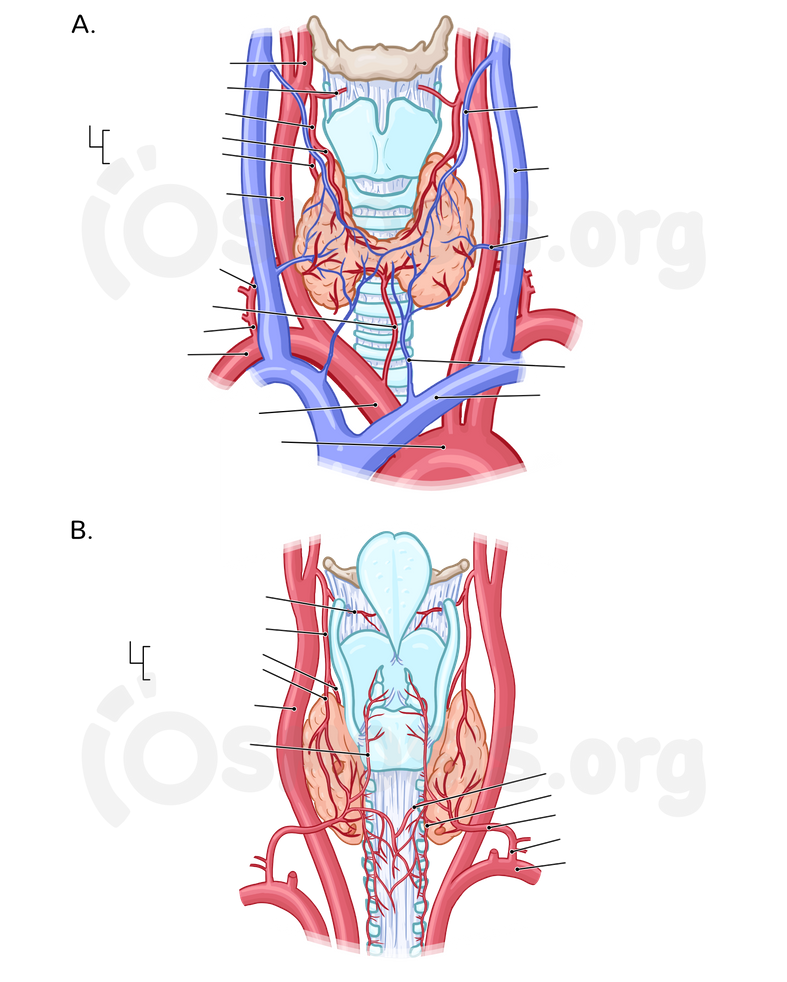 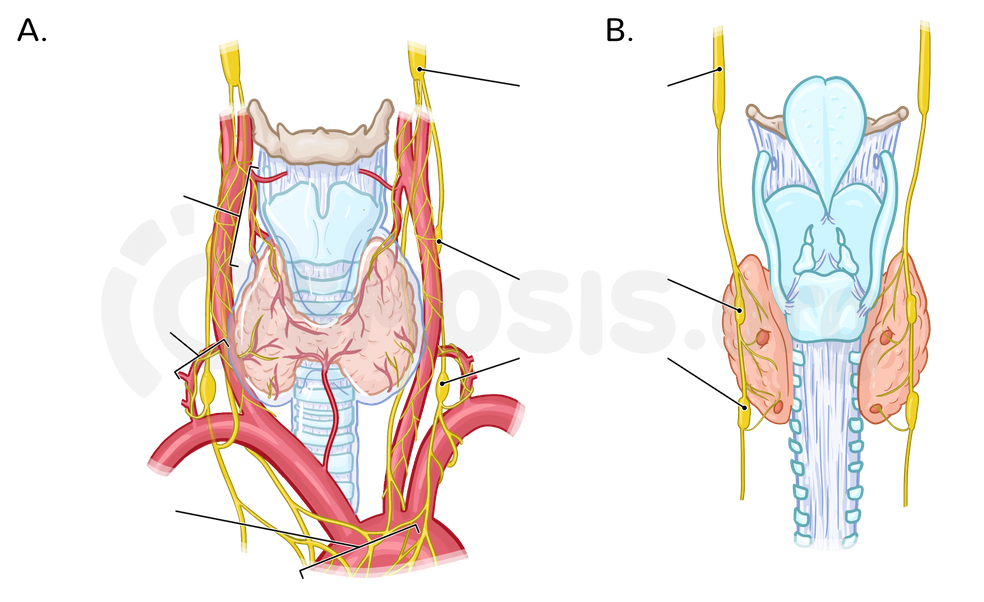 The superior cervical ganglia are indicated in the image below. 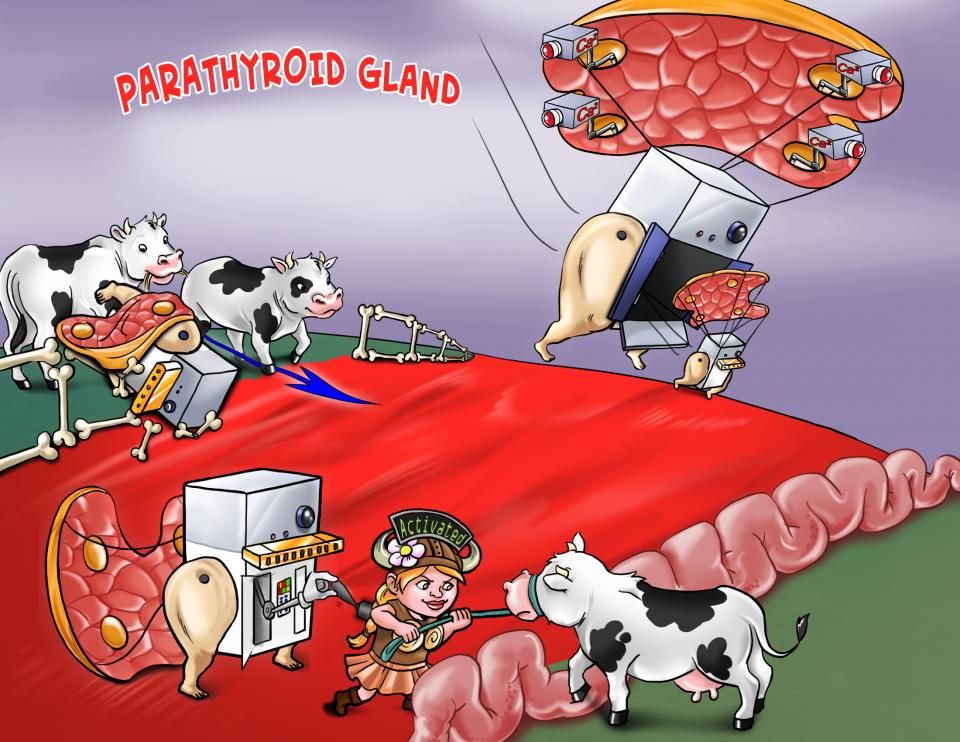 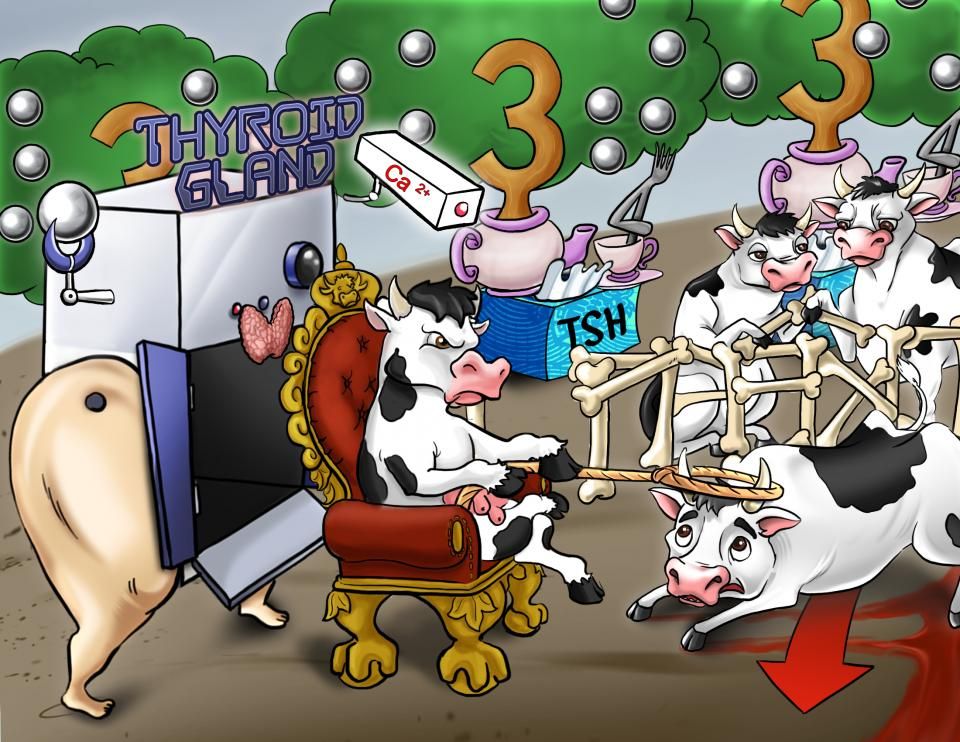 Let’s focus on the endocrine layer.

The thyroid gland is the largest endocrine gland in the body and produces two hormones: thyroid hormone and calcitonin.

It’s located anteriorly in the neck at the level of the C5 to T1 vertebrae and deep to the sternothyroid and sternohyoid muscles.

It consists of a right and left lobe, located anterolateral to the larynx and trachea.

These lobes are united over the trachea by a thin isthmus, usually anterior to the second and third tracheal rings, giving it an H-shaped appearance.

In some people, there is a third lobe called the pyramidal lobe which usually arises from the isthmus and extends up to the hyoid bone.

Now, the thyroid gland is surrounded by a thin fibrous capsule which sends septa deeply into the gland, and this capsule is attached to the cricoid cartilage and the superior tracheal rings by dense connective tissue.

External to the capsule, the visceral portion of the pretracheal layer of deep cervical fascia forms a loose sheath, and between this loose sheath and the fibrous capsule, there’s the superior and inferior thyroid arteries which supply the gland.

The superior thyroid arteries are usually the first branches of the external carotid arteries and they descend to the superior poles of the gland, then pierce the pretracheal layer of deep cervical fascia and finally divide into anterior and posterior branches which supply mainly the anterosuperior aspect of the gland.

In approximately 10% of people, there’s an additional small artery called thyroid ima artery which can arise from different locations such as the brachiocephalic trunk, the arch of aorta, the right common carotid artery, subclavian artery or internal thoracic artery.

When it’s present, this artery ascends on the anterior surface of the trachea, to which it supplies small branches, and then continues to supply the isthmus of the gland.

These three pairs of thyroid veins usually form a thyroid plexus of veins on the anterior surface of the gland anterior to the trachea.