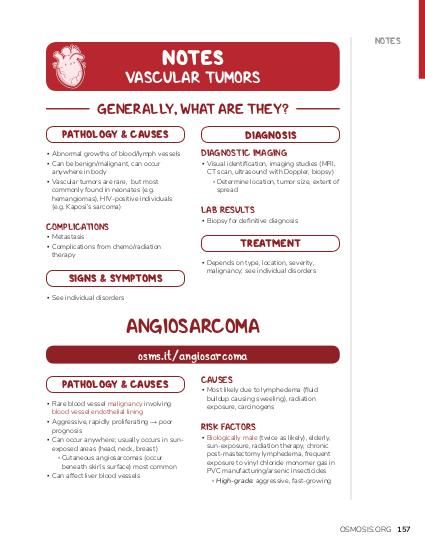 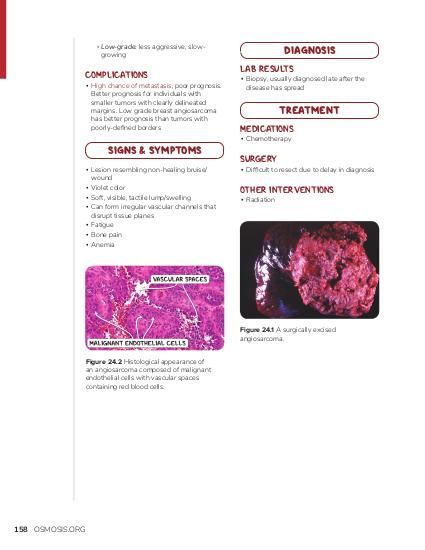 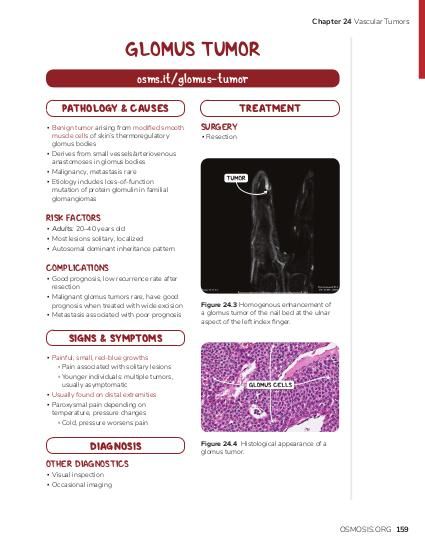 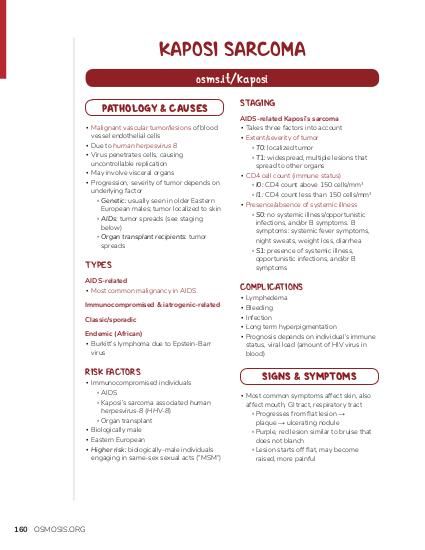 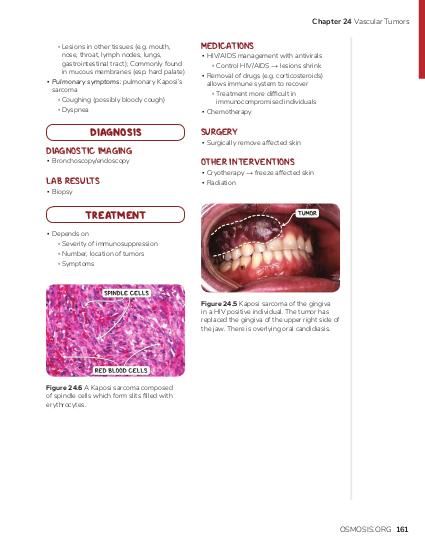 Angiosarcomas form when endothelial cells suddenly start proliferating abnormally. If these masses grow inside the blood vessel lumen, they can obstruct the blood flow, and that interferes with the oxygen and nutrient supply to various tissues, and can eventually result in tissue ischemia. If lymph flow is obstructed, lymph fluid backs up in the tissues, causing lymphedema.

Cancer cells from hemangiosarcomas and lymphangiosarcomas can also invade the vessel wall, destroying it and making it burst, leading to bleeding or lymph fluid outflow in the surrounding tissue. In general, these cancer cells multiply rapidly and can be easily carried by blood flow or lymphatic flow to far-off sites within the body, particularly the lungs, where they form a new, metastatic tumor or tumors. Because of this, angiosarcoma is considered to be a particularly aggressive type of cancer.

Angiosarcomas can occur anywhere in the body, but most often develop within the skin, bone, soft tissue, breast, or liver, and often spread from those locations to the lungs. Angiosarcoma of the skin usually shows up on the head or neck as a raised, purplish skin area that looks like a bruise that doesn’t heal; it may bleed, be painful, or be accompanied by swelling of the skin surrounding the affected area. Angiosarcoma of the bone is usually multifocal, meaning it affects multiple sites within the same bone, or involves multiple bones of the same limb.