A 78-year-old man comes to the office with his wife, who says that he has had some startling behavioral changes lately. Although they occasionally used to go to the casino with their friends, he has been going almost daily for the past few months and has lost thousands of dollars. He gets restless and irritable when he cannot go to "get even" from the previous day's losses. Which of the following medications is associated with this patient's most likely condition? 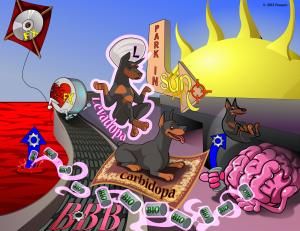 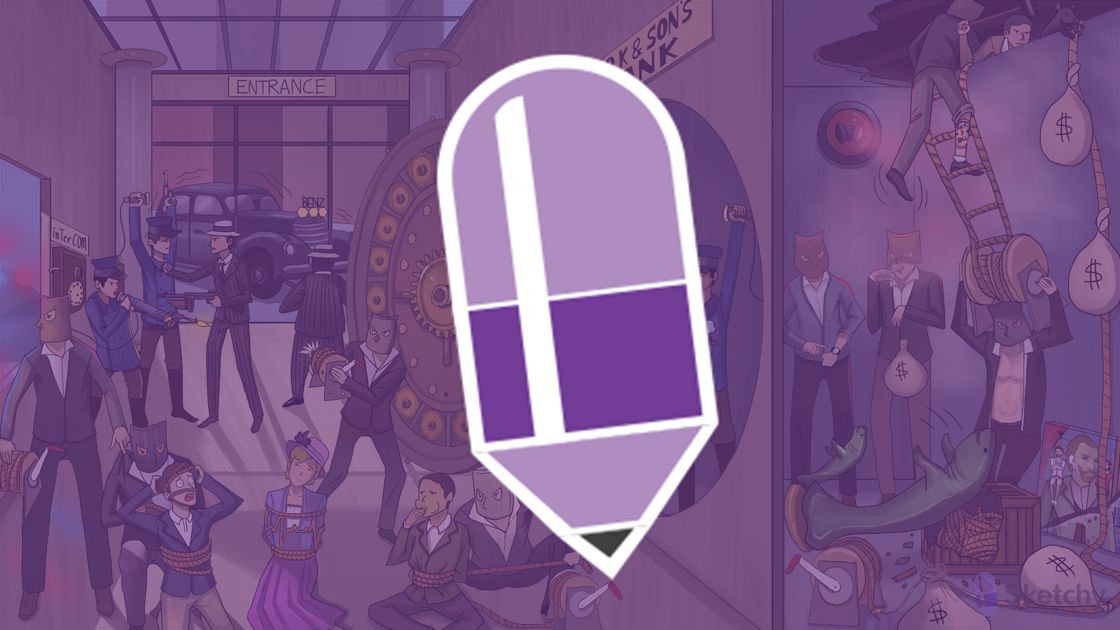 Anti-parkinson medications are used to treat Parkinson’s disease, which is a movement disorder where the dopamine-producing neurons in the substantia nigra of the brain undergo degeneration.

It’s a progressive, adult-onset disease, and is more common with age, affecting about 1% of people over 60.

The substantia nigra is a part of the basal ganglia, a collection of nuclei in the brain that control movement through their connections with the motor cortex.

The substantia nigra actually can be split into two sub-regions. First, there’s the pars reticulata, which receives signals from another part of the basal ganglia called the striatum, and relays messages to the thalamus via neurons rich in the neurotransmitter GABA, also known as gamma-aminobutyric acid.

In Parkinson’s disease, the neurons in the substantia die, so the individual may experience hypokinesia, which is difficulty initiating movements, and bradykinesia, or slowed movements.

The substantia nigra also helps to calibrate and fine tune a person’s movements, which leads to the other clinical features of Parkinson’s, like “pill-rolling” tremor, which is the repetitive, involuntary rubbing of the thumb and index finger, as well as rigidity, stooped posture, and an expressionless, mask-like face.

As the neurodegeneration progresses, non-motor dysfunction can appear, including depression, dementia, sleep disturbances, and difficulty smelling.

Now, in order to treat Parkinson’s disease we can use medications that directly or indirectly increase the stimulation of the dopamine receptors in the brain.

Now within the brain, dopamine is found mainly in one of the four 4 dopamine pathways: the nigrostriatal pathway is responsible for movement coordination and is the intended target for anti-parkinson medications; the mesolimbic and mesocortical pathways control motivation, emotion, and desire; and lastly the tuberoinfundibular pathway inhibits the secretion of prolactin.

So besides alleviating the symptoms of Parkinson’s disease, these medications can sometimes affect these other regions, leading to a number of side effects.

Okay, so the simplest treatment would be to just give more dopamine! But unfortunately, dopamine can’t cross the blood-brain barrier.

So levodopa, or L-DOPA, is given instead, which is a precursor of dopamine that can cross the blood-brain barrier.

Once it crosses into the brain, levodopa is converted to dopamine by the enzyme DOPA decarboxylase.

This extra boost of dopamine stimulates the remaining nigrostriatal neurons and relieves the symptoms of Parkinson’s disease, and it’s often used as a first line medication.

However, the dopamine is eventually broken down by different enzymes in the brain, which can lead to a “wearing off” phenomenon, where the patient’s symptoms of rigidity and hypokinesia improve when they take the medication, but the effects rapidly end after one or two hours.

People can also experience the “on/off” phenomenon, where one second the medication is working, and then it’s like a switch is flipped, and the symptoms return or get even worse.

Another problem is with chronic use, levodopa can cause dyskinesias, which are uncontrolled, involuntary movements.

These motor complications apparently occur because, as the disease progresses, the nigrostriatal neurons lose their capacity to store and recycle dopamine. So higher doses of levodopa are needed, which could lead to over excitation.

Besides motor complications, levodopa can also cause hallucinations and confusion; so it’s contraindicated in patients with psychosis.

Okay, so another thing to keep in mind is that DOPA decarboxylase exists outside the CNS as well, which can increase dopamine levels in the rest of the body. This can cause unwanted side effects like nausea, vomiting, anorexia, and orthostatic hypotension.

These problems can be lessened by taking lower doses more frequently throughout the day.

A more problematic side effect is that dopamine is enzymatically metabolized into other catecholamines, like epinephrine, which can cause tachycardia or even arrhythmias.

This is why levodopa is administered with carbidopa, a DOPA decarboxylase inhibitor that doesn’t cross the blood-brain barrier, so it prevents the conversion of Levodopa into dopamine outside the CNS.

Now, a different strategy is to use dopamine-receptor agonists, which are molecules that are not dopamine, but can bind to the dopamine receptors and stimulate them. These include bromocriptine, pramipexole, and ropinirole.

These medications have a short half-life and are used alone or together with levodopa when the patient no longer responds to levodopa alone, or when it starts causing motor complications.

Bromocriptine causes a number of side effects, like nausea, vomiting, somnolence, and pulmonary fibrosis.

So pramipexole and ropinirole are preferred over bromocriptine because they cause fewer side effects, but they can still cause somnolence, which in rare cases can be so unpredictable that they lead to car crashes.

Pramipexole and ropinirole can also cause hallucinations and confusion.

Now, another way to increase the stimulation of dopamine receptors is by preventing the dopamine from being broken down.

The first group of medications that do this inhibit an enzyme within the dopaminergic neurons called catechol-o-methyltransferase, or COMT, which degrades dopamine to 3-methoxytyramine and levodopa to 3-O-methyldopa.

COMT inhibitors like entacapone and tolcapone prevent the peripheral enzyme from degrading levodopa, and therefore allows more levodopa to get into the brain.

But only tolcapone can cross the blood brain barrier to enter the central nervous system, where it can prevent COMT from degrading dopamine.

COMT inhibitors are used together with levodopa when patients develop motor complications, in order to keep a stable concentration of levodopa in the blood for a longer period. So, they improve response to levodopa and reduce the “wearing off” phenomenon.

Both entacapone and tolcapone have the same side effects as levodopa - like nausea, orthostatic hypotension, confusion and hallucinations.

In addition, tolcapone can cause liver injury. So it’s the last option for treatment, when no other medication works. When it is chosen, hepatic enzymes should be measured regularly to monitor liver function.

The next group of medications are the MAO-B inhibitors, which block the enzyme monoamine oxidase B, or MAO-B.