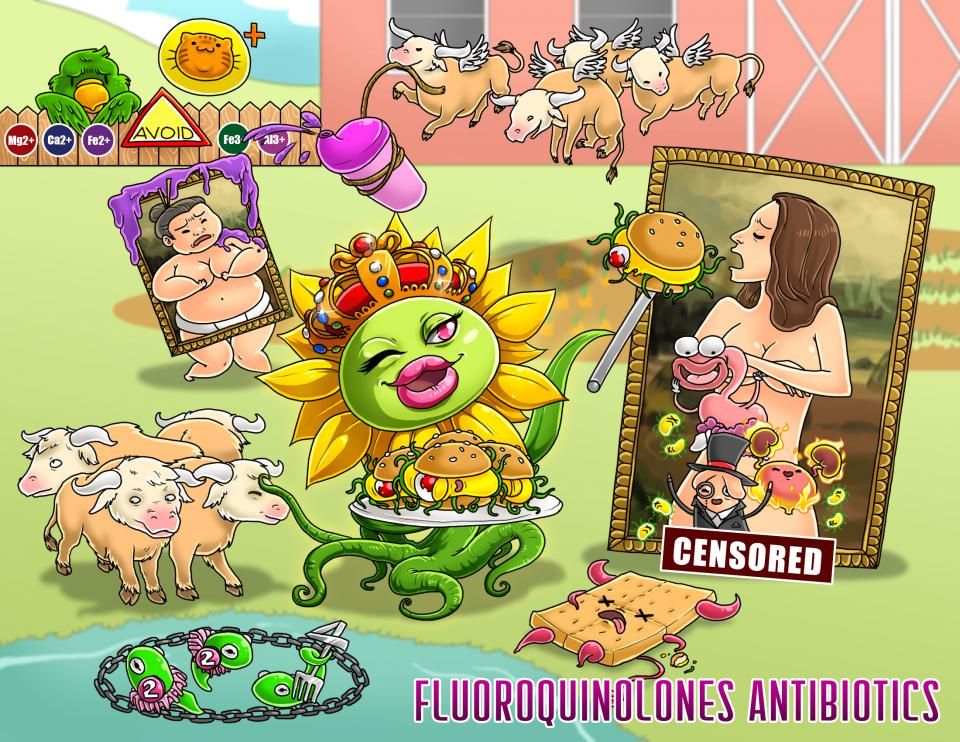 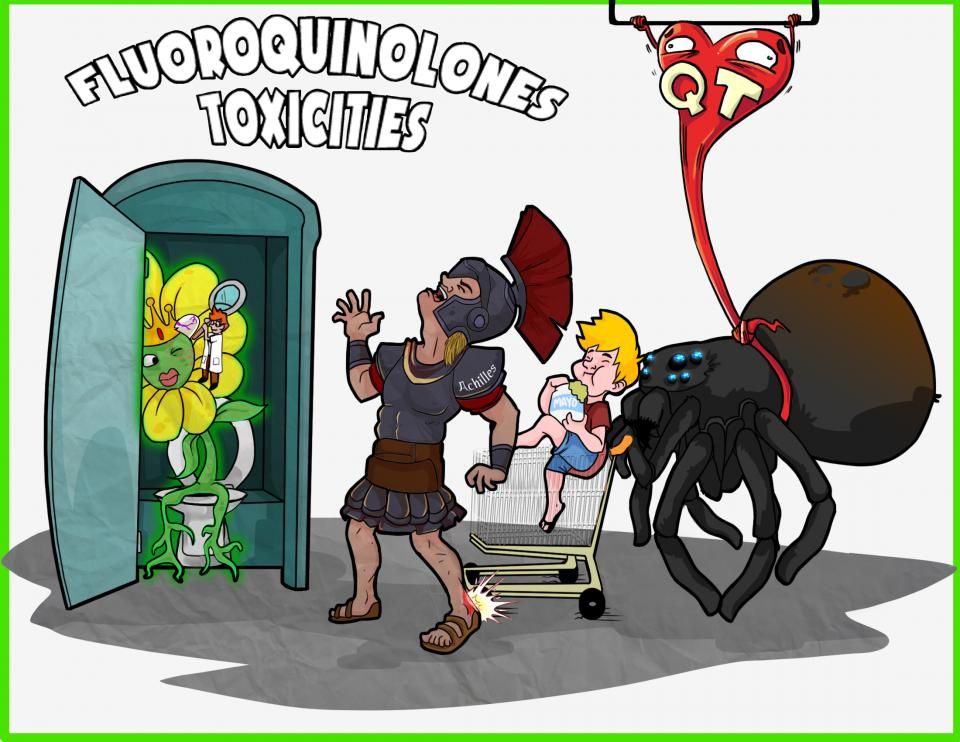 Once administered, fluoroquinolones have a bactericidal effect by inhibiting a bacterial enzyme called DNA topoisomerase, also known as DNA gyrase, which is essential for bacteria to loosen up the tight coilings of DNA for the replication process. As a result, when DNA gyrase is inhibited by fluoroquinolones, bacterial DNA replication comes to a halt, ultimately killing the bacteria.

However, fluoroquinolones may cause side effects like central nervous system disturbances, including headache and restlessness, as well as dizziness, confusion, depression, nightmares, insomnia, and some may even present with seizures.

Often, fluoroquinolones may also cause gastrointestinal disturbances like abdominal cramps, nausea, vomiting, diarrhea, and flatulence, as well as pancreatitis and hepatotoxicity. In addition, fluoroquinolones may disrupt the normal intestinal flora, which can allow certain bacteria like Clostridioides difficile to survive and overgrow within the gastrointestinal tract, rarely but potentially leading to Clostridioides difficile infection or CDI for short.

Clients may also experience side effects like photosensitivity, urticaria, or skin rashes, as well as hypersensitivity reactions like Stevens-Johnson syndrome, toxic epidermal necrolysis, and anaphylaxis. Additionally, some clients on fluoroquinolones may complain of blurred vision or tinnitus.

Other important side effects include chest pain, palpitations, QT prolongation, and hypotension. Finally, fluoroquinolones may cause cartilage damage in children, and they have a boxed warning for tendonitis and tendon rupture, most often involving the Achilles tendon.

With these side effects there are some contraindications that are to be kept in mind. Fluoroquinolones also have a boxed warning against their use in clients with myasthenia gravis.

Also, fluoroquinolones should not be taken orally together with mineral supplements like iron, zinc, or calcium, since they can prevent their intestinal absorption.

Precautions should be taken during pregnancy and breastfeeding, as well as with children and elderly clients. Finally, these medications are to be used cautiously in clients with seizures or stroke, as well as in clients with cardiovascular, hepatic, or renal disease.