The route of administration of heparin is . 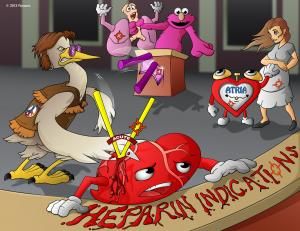 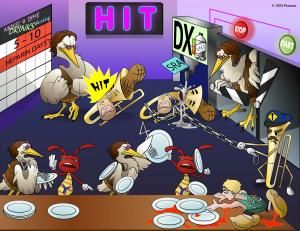 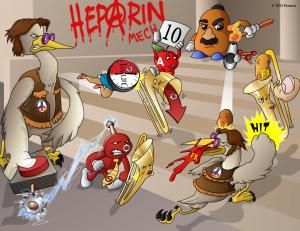 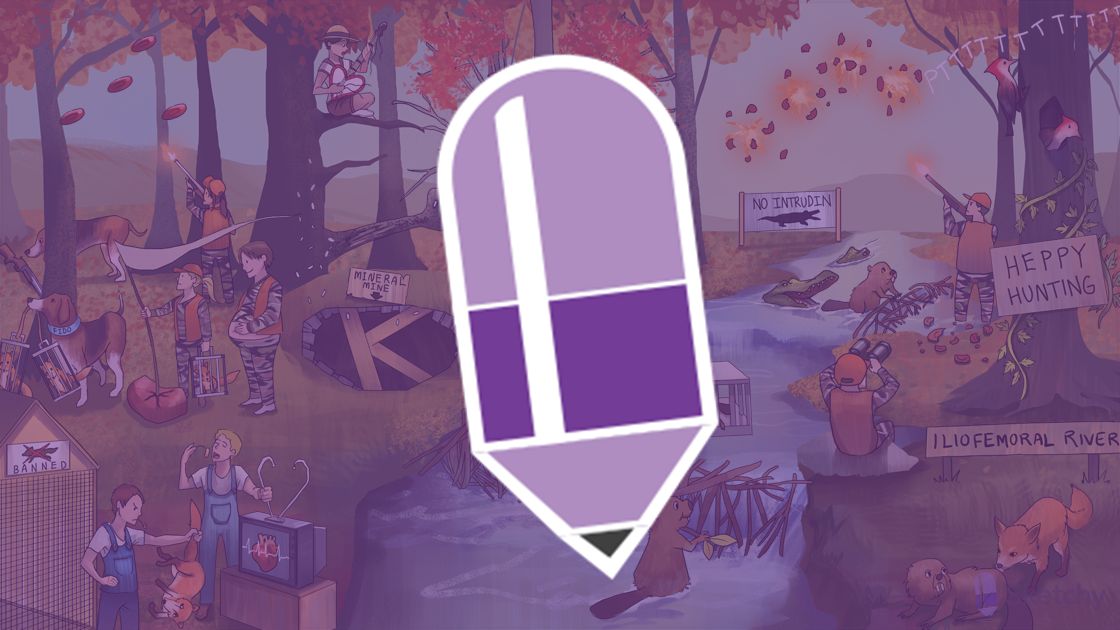 Anticoagulant medications are used to prevent blood clots from forming.

These medications work by interfering with the normal function of plasma proteins called coagulation factors, which take part in secondary hemostasis-- where hemo refers to blood, and stasis meaning to halt or stop.

In this video we’re going to focus on heparin, which works by indirectly inhibiting two clotting factors called thrombin and factor Xa by binding to and enhancing the activity of an anticoagulant protein called antithrombin III.

Now, before we discuss heparin in detail, we need to talk about the coagulation cascade, which is where heparin exerts its effect.

The coagulation cascade begins via two pathways --the extrinsic and intrinsic pathways.

The intrinsic pathway starts when circulating factor XII comes into contact with the surface of activated platelets or collagen.

When factor II gets activated it also activates 4 other factors: V, VIII, IX, and XIII.

Now, the most important point of clot regulation is when a coagulation factor called thrombin is produced.

Thrombin, or activated factor II, is a very important clotting factor, because it has multiple pro-coagulative functions.

First, thrombin binds to receptors on platelets causing them to activate.

Activated platelets change their shape to form tentacle-like arms that allow them to stick to other platelets.

Third, thrombin proteolytically cleaves fibrinogen or factor I, into fibrin or factor Ia which binds with other fibrin proteins to form a fibrin mesh.

Since thrombin is so crucial to coagulation, it makes sense that it serves as the main target of antithrombin III, which is one of the body’s anticoagulation proteins.

Now, antithrombin III, sometimes just called antithrombin is a protein made by the liver and released into the blood, where it binds both thrombin and factor Xa in the common pathway.

The thrombin in the blood can bind to antithrombin and become unavailable.

Antithrombin also binds to active factor X, which is a pivotal coagulation protein that converts prothrombin into thrombin.

Heparin is a carbohydrate molecule with a pentasaccharide chain followed by a tail made of glycosaminoglycans.

The length of the tail is crucial for the function of these 2 types of heparin.

Both high and low molecular weight heparins can bind to antithrombin III via the pentapeptide region, to increase its activity in inhibiting factor Xa.

However, in order to increase antithrombin III’s activity against thrombin, the thrombin needs to bind to the long tail of the heparin, meaning only high HMWH has an effect on thrombin.

Compared to unfractionated heparin, LMWH like Enoxaparin and Dalteparin have better bioavailability and have a two to four times longer half-life.