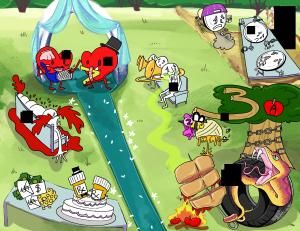 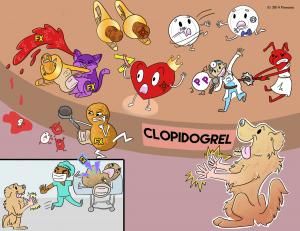 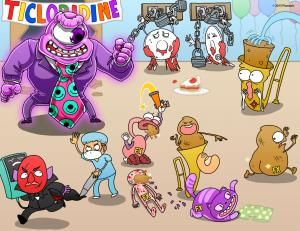 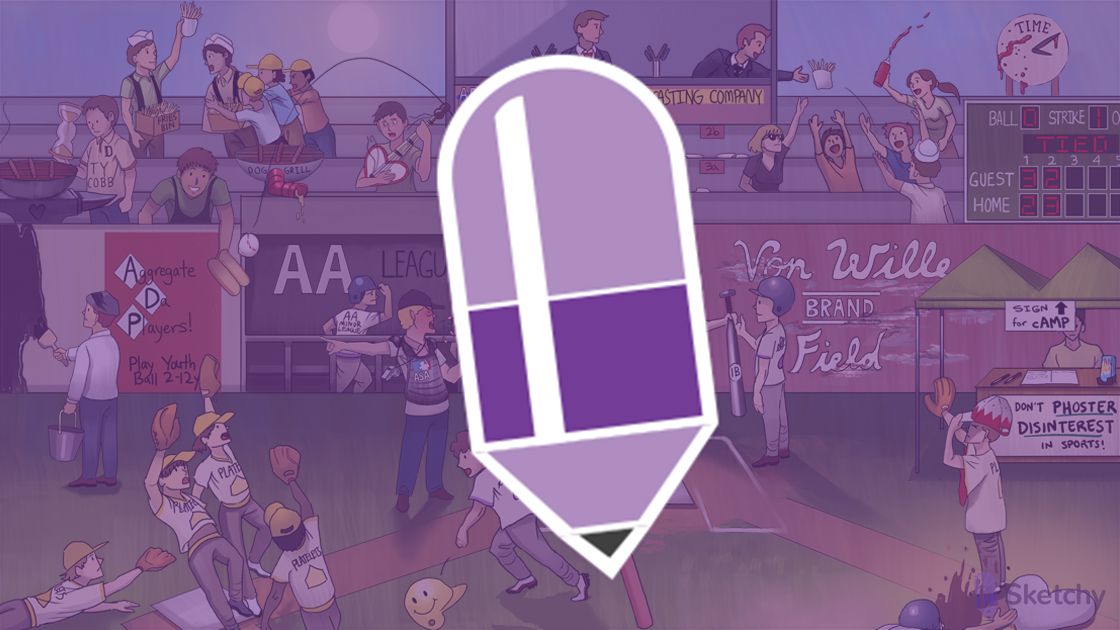 The third step is adhesion where circulating platelets bind to the vWF via a surface protein called GPIB.

The fourth step is activation, where platelets become active after binding to vWF.

ADP and TXA2 also cause platelets to express new surface proteins called GPIIB/IIIA, which is needed for the fifth step, aggregation. Now each platelet has multiple GPIIB/IIIA receptors that can bind to circulating proteins called fibrinogen.

When two platelets attach to the same fibrinogen protein, they are linked together. This allows platelets to rapidly aggregate at the site of injury, and form a large platelet plug that can stop the bleeding.

Now, antiplatelet medications interfere at different steps during this process.

Aspirin accomplishes this by irreversibly inhibiting the activity of cyclooxygenase enzymes, abbreviated COX-1 and COX-2, via acetylation. This is where an acetyl group made up of two carbons, three hydrogens, and an oxygen is permanently attached to the enzyme.

Aspirin, when used as an antiplatelet in low dose formulations, carries the risk of developing gastric ulcers, as well as bleeding.

Aspirin can also cause allergic reactions at low doses.

Like thromboxane A2, ADP is also a potent platelet activator.

So the ADP receptor inhibitors like clopidogrel, prasugrel, ticlopidine, and ticagrelor also interfere with platelet activation.

Ticagrelor doesn’t need to be metabolized by the liver, and it binds reversibly and in a non-competitive manner--meaning it binds to the receptor in an area outside of the active site where ADP normally binds. This decreases the receptors affinity for ADP, leading to decreased platelet activation.

They are also effective for preventing ischemic strokes and myocardial infarctions in people with atherosclerosis, and can be used inplace of aspirin if the person has an aspirin allergy.

Additionally, the medication clopidogrel has been used in combination with aspirin as a pretreatment to prevent clots from forming for people undergoing coronary stenting. This is a procedure where blocked vessels in the heart are kept open using a tube shaped device.