In adults, appendicitis is caused by .

A 25-year-old man comes to the emergency department because of excruciating abdominal pain. The abdominal pain is localized to the right lower quadrant. A day ago, the abdominal pain was located in the periumbilical region and was less severe. His temperature is 37°C (98.6°F), pulse is 95/min, respirations are 18/min, and blood pressure is 130/80 mm Hg. Abdominal examination shows tenderness with deep palpation. Laboratory studies show a leukocyte count of 15,000/mm3. Which of the following is the most sensitive finding for the patient's likely diagnosis? 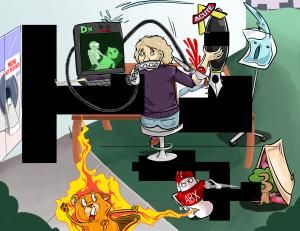 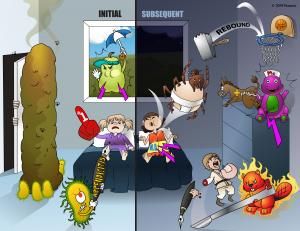 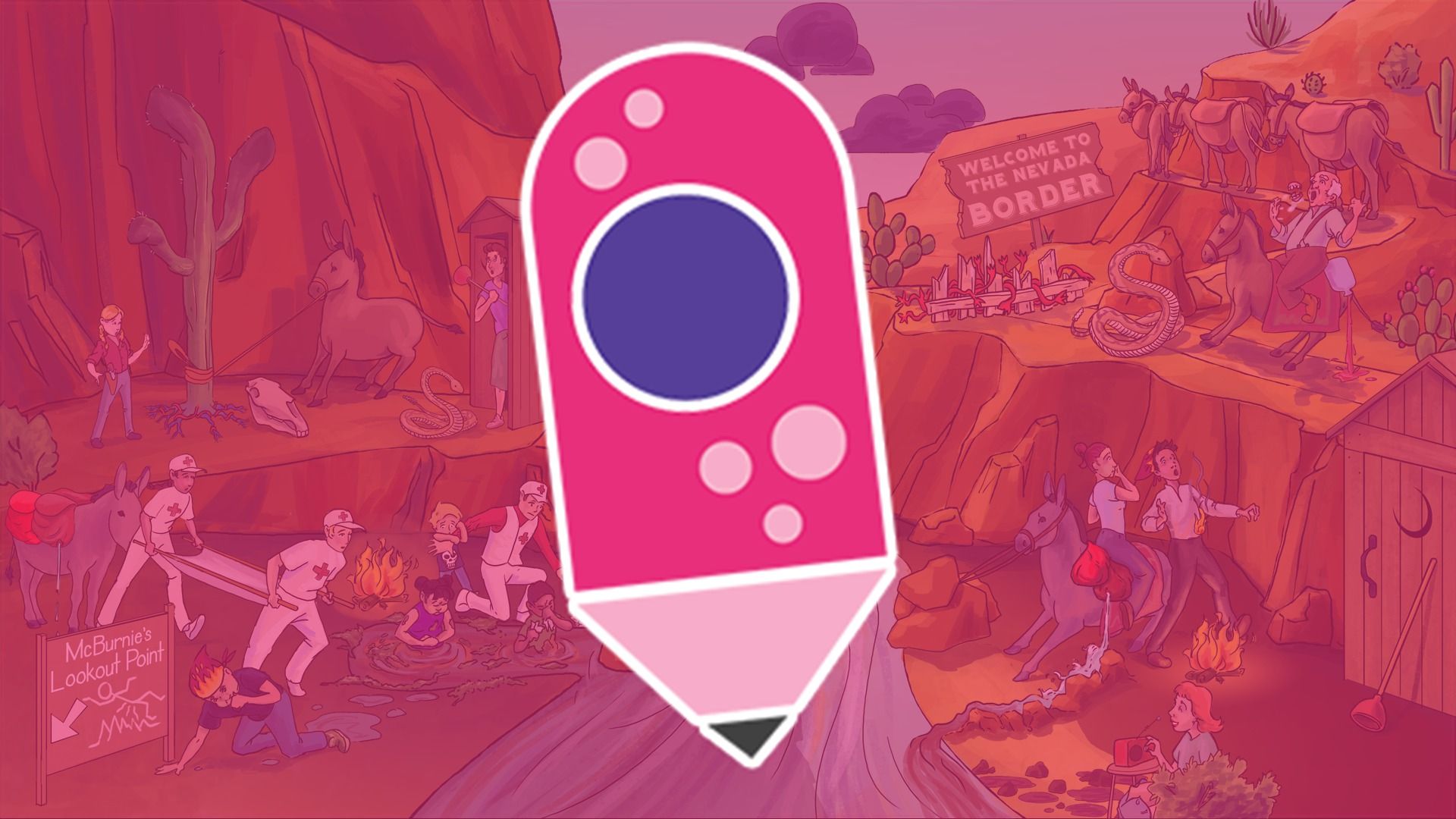 The appendix is the little one-ended tube that’s attached to the cecum of the large intestine, sometimes it’s called the vermiform appendix, where vermiform means “worm-shaped”, so, that should paint a pretty clear picture of what it looks like.

This odd, yet kinda cute little worm-like structure’s function is actually unknown, though some theories suggest it might be a “safe-house” for the gut flora, and some evidence seems to suggests it plays a part in the lymphatic and immune system; other, arguably more cynical viewpoints maintain that it’s just a useless vestigial organ from our ancestors.

Whatever the case, the fact remains, it’s pretty talented at getting inflamed and causing abdominal pain, a condition known as appendicitis, as much as 10% of the population develops appendicitis, and it’s the most common surgical emergency of the abdomen.

Since the appendix is a hollow tube, the most common cause of inflammation is something getting stuck in or obstructing that tube, like a fecalith, a hardened lump of fecal matter that finds its way into the the lumen of the appendix and wedges itself there.

It could also be other things though, like seeds that weren’t digested, or even pinworm infections, which are intestinal parasites.

Another cause of obstruction, especially in children and adolescents, is lymphoid follicle growth, also known as lymphoid hyperplasia.

Lymphoid follicles are dense collections of lymphocytes that get to their maximum size in the appendix during adolescence. Sometimes this growth can literally obstruct the tube.

Also, when exposed to viral infections like adenovirus, measles, or even after immunizations, the immune system ramps up and these follicles can grow as well.

Whatever the obstruction is, now this appendix is plugged up, right?

Well, the intestinal lumen, including the appendix, is always secreting mucus and fluids from its mucosa to keep pathogens from entering the bloodstream and also to keep the tissue moist. Even when it’s plugged, the appendix keeps secreting as usual.

When this happens, fluid and mucus builds up, which increases the pressure in the appendix, and just like when you fill up a water balloon, it gets bigger and physically pushes ons the afferent visceral nerve fibers nearby, causing abdominal pain.

Along with that, the flora and bacteria in the gut are now trapped, and intestinal bacteria that are usually kept in check in the gut, like E. coli and Bacteroides fragilis are now free to multiply. This causes the immune system to recruit white blood cells and pus starts to accumulate in the appendix.

This activation of the immune system can be seen in the lab as an increase in the serum white blood cell count.