A 4-year-old boy comes to the clinic with his parents for a routine physical examination. His parents say that he has had an increasing instability in his gait for the past 2 weeks. He started walking at 14 months but was always wobbly on his feet, however, this has significantly worsened over the past 2weeks. His medical history is remarkable for recurrent episodes of sinus infections and an episode of bronchitis last year. He also had ear tubes placed last year because of recurrent ear infections. His temperature is 37.5°C (99.5°F), pulse is 67/min, respirations are 12/min, and blood pressure is 125/83 mmHg. Physical examination shows difficulty tracking an object smoothly and telangiectasias on the pinna of his ear. Which of the following is the most likely underlying mechanism of his disease? 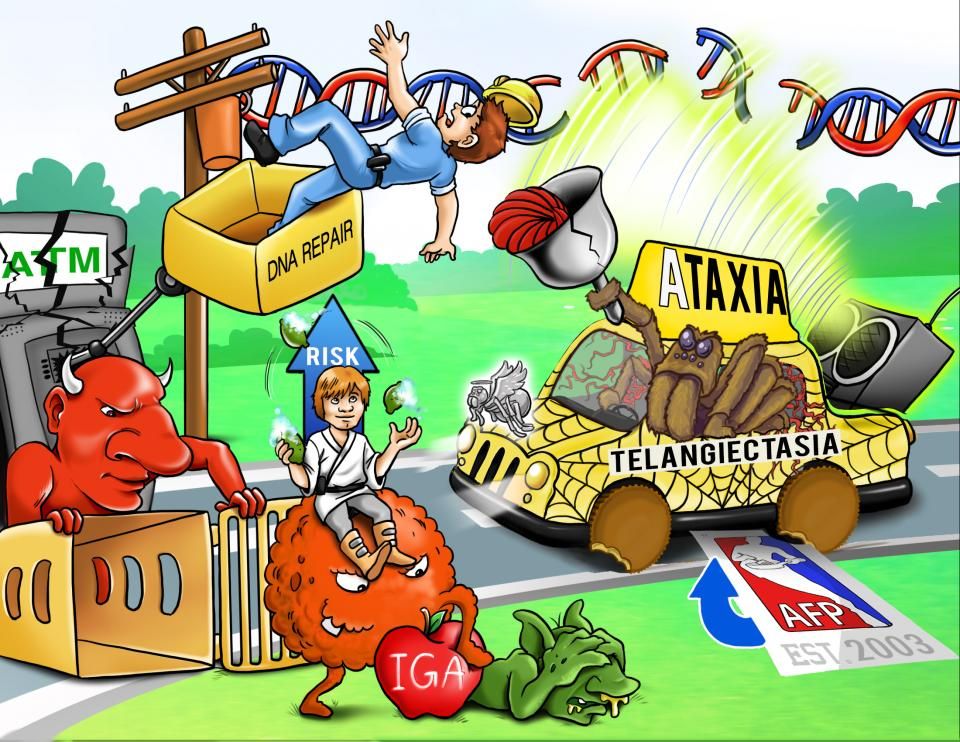 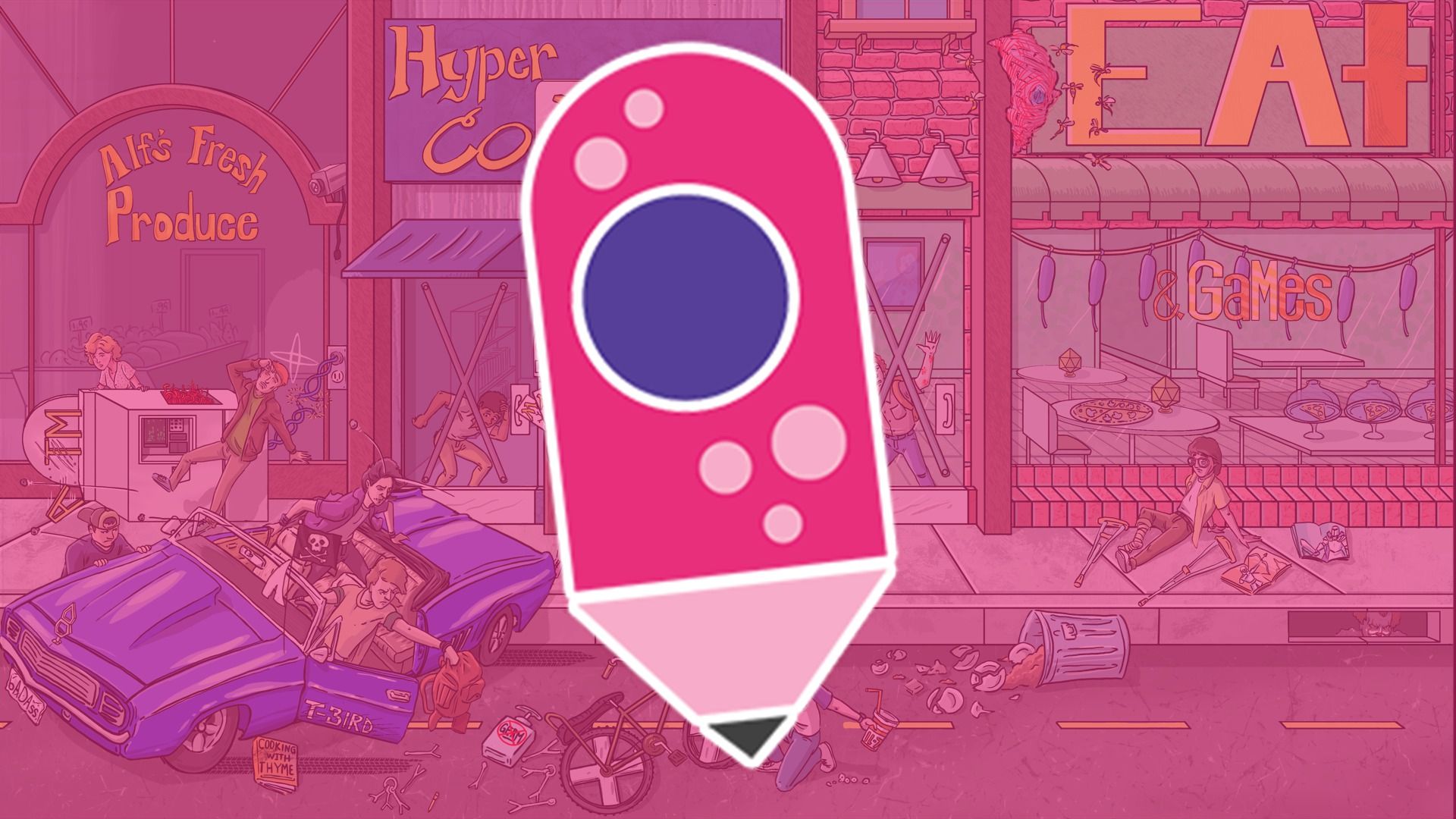 DNA of every cell gets damaged over and over again from various environmental factors like radiation and chemical toxins.

Now, one of the most severe types DNA damage is a double-strand break, where both strands of the DNA’s double helix are severed, damaging the genetic information that was stored there. To help with this sort of repair, there’s a protein called ATM.

ATM is primarily located in the cell's nucleus, and you can sort of think of ATM as like a manager of the DNA’s repair.

It’s protein kinase, which means that it uses it’s managing skills to activate other proteins through phosphorylation, which is the addition of a phosphoryl or -PO32− group.

So at the site of the double strand break, ATM phosphorylates proteins like the tumor suppressor protein p53, that stop the cell from reproducing.

ATM also phosphorylates additional proteins which will either fix the DNA or kill the faulty cell through a process of apoptosis - controlled cell death. This way we don't end up with a bunch of defective cells trying to reproduce.

That's the main role of ATM, but it also plays a role in the development of immune cells, especially T lymphocytes.

T lymphocytes need to be able to recognize a wide variety of antigens, and to do this, they purposefully create double strand breaks in their DNA during development. That way parts of their DNA can get rearranged, and code for new and unique antigen receptors.

Once again, ATM helps to fix these breaks - and that keeps the T-cells functioning normally.

In ataxia telangiectasia, there's an autosomal recessive mutation of the ATM gene.

This leads to a decrease in the amount of functioning ATM protein, and as a result, cells that undergo a double-strand break don't have sufficient ATM to repair the break.

As a result, some of the damaged cells might survive and continue to proliferate despite the damage, but most ultimately die off.

This can especially impact the nervous system.

When the cerebellum’s affected, it atrophies, and since the cerebellum coordinates movement, this degeneration is what causes the ataxia, or or difficulty with coordination and movement, in lots of individuals with the disease.

In many cases, the ataxia can lead to the muscles in the mouth and throat not coordinating, which can cause aspiration pneumonia. That’s where bits of food, liquid, and body secretions are able to enter the airways, and cause direct damage as well as infection in the lungs.