are indirect sympathomimetics that can be used for the treatment of attention deficit hyperactivity disorder.

A 7-year-old boy comes to the office because has been failing to do schoolwork and his mother is concerned about his ability to focus. He has difficulty paying attention in school, staying quietly seated during class, and often interrupts without waiting for his turn to speak. Which of the following criteria must be present in order to diagnose attention deficit hyperactivity disorder? 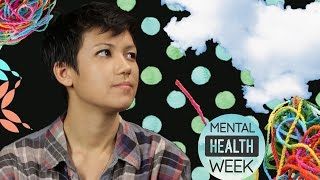 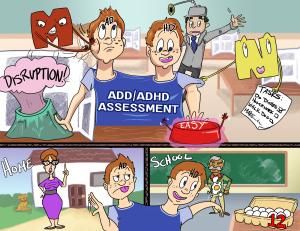 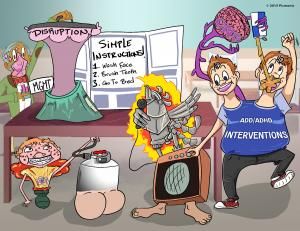 ADD and ADHD are actually synonymous, as in, they’re the same.

ADD’s an outdated term used prior to 1987, after which it evolved into ADHD to encompass more of the symptoms that people with ADHD often experience, which in addition to being inattentive, includes both hyperactivity and impulsiveness.

They might also have ADHD if they have symptoms of both.

According to the diagnostic and statistical manual for mental disorders, the fifth edition, the most recent update being in 2013, ADHD is split into these three subtypes: inattentive, hyperactive-impulsive, or both.

Inattentive and hyperactive-impulse have a set of nine symptoms.

Now, you might be thinking that everyone fidgets now and then, right? Well a diagnosis is given when someone has 6 of the 9 symptoms for either subtype for at least 6 months.

Most commonly though, children have symptoms of both subtypes and therefore have the combined subtype.

Since ADHD is considered a neurodevelopmental disorder, the symptoms also have to have started between age 6 and 12, and the behavior can’t be appropriate for their age.

Alright, but what causes someone to be hyperactive, or impulsive, or inattentive? Well, as you might guess, it’s pretty complicated...and we don’t really know, probably a lot of different factors, and ultimately they all fall into some combination of environmental and genetic factors.

One interesting clue to a genetic component of ADHD is looking at families—for example, a child with a sibling that’s been diagnosed with ADHD is more likely to develop it themselves.

Furthermore, if those siblings are identical twins, meaning they have the same DNA, their chances of developing ADHD is considerably higher.

Having identical DNA doesn’t mean that the twin is definitely going to develop ADHD, though, which again, suggests that both genetic factors and environmental factors play a part.

As to a specific gene, it’s probably not one single gene that leads to ADHD, but rather multiple genes that determines how severe their symptoms are.

These genes likely influence the production or regulation of the brain’s neurotransmitters, which are signaling molecules in the brain that are released by one neuron, and received by receptors of another neuron.