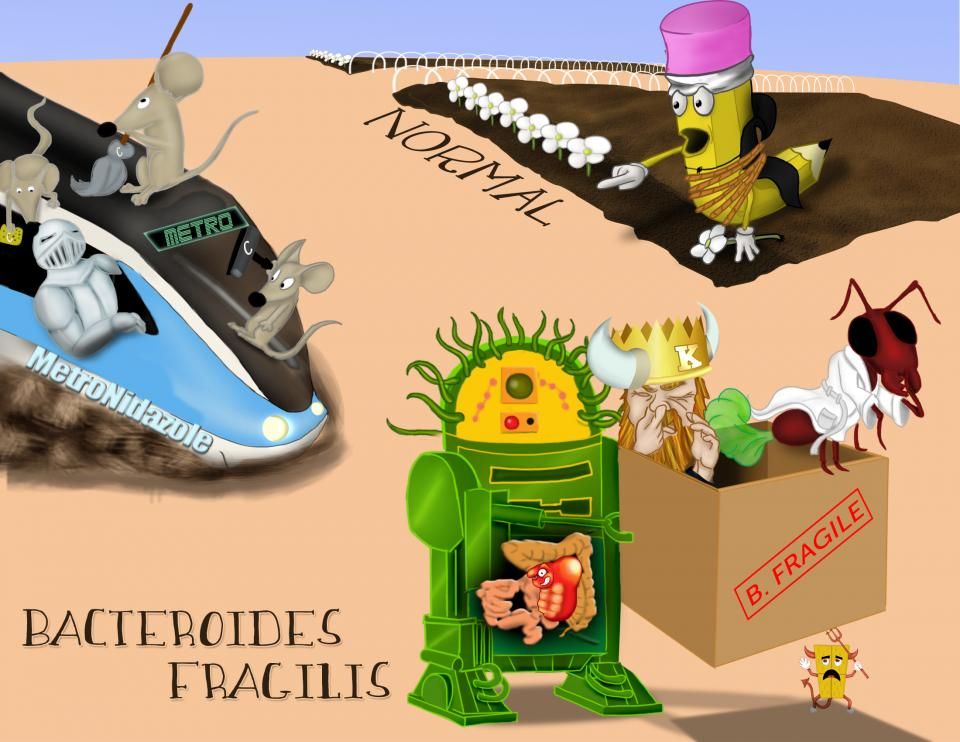 Bacteroides fragilis is a Gram-negative, anaerobic rod-shaped bacterium, commonly found in the human gastrointestinal tract living as normal flora. However, it can cause illness when there is a disruption of the mucosal surface, either by trauma or surgery, causing the spread of Bacteroides fragilis to the bloodstream or surrounding tissues, causing infections such as sepsis, abscesses, and peritonitis. Symptoms vary depending on the site of the infection but can include fever, distended and tender abdomen, and abscesses.