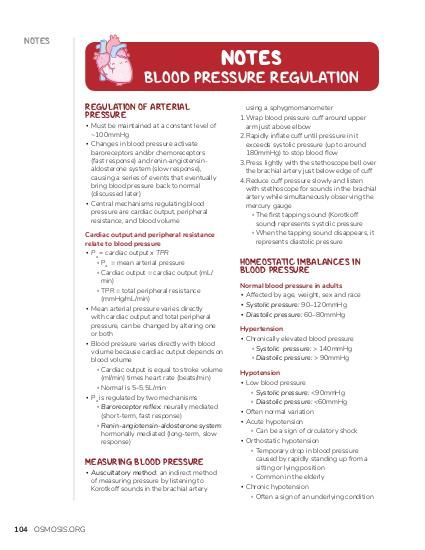 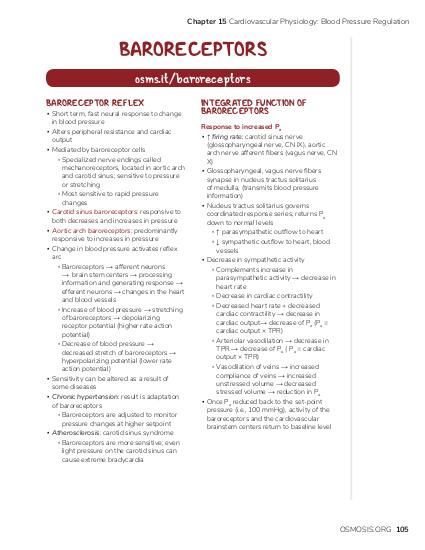 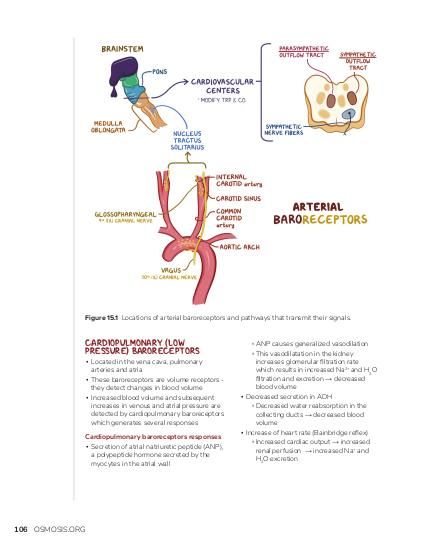 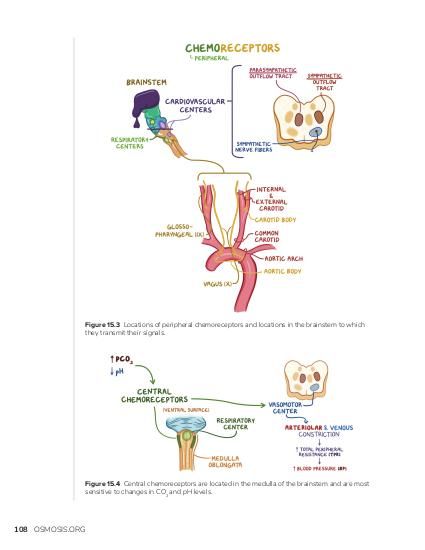 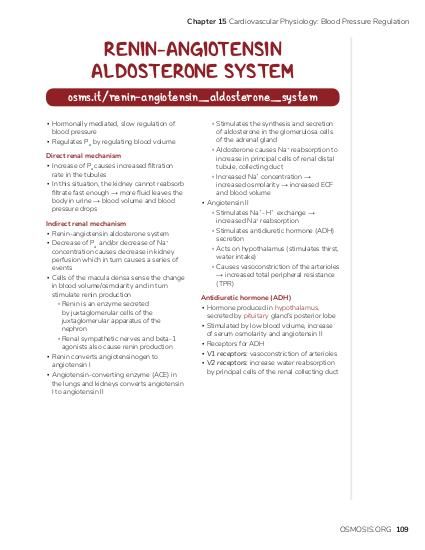 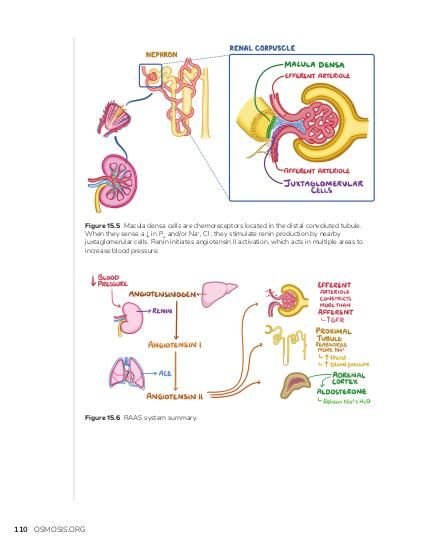 A 27-year-old man is involved in a motor vehicle accident and sustains massive blood loss. He is promptly brought to the emergency department. Initial survey shows an agitated, pale, diaphoretic young man. His initial blood pressure is holding steady at 100/70 mm Hg, but the trauma team is concerned about developing shock. Which of the following pathways is involved in the afferent limb of the physiologic response maintaining this patient's blood pressure?