A 32-year-old woman, gravida 0 para 0, comes to the office after noticing a painful breast lump in the right breast on self-examination. The patient did notice that the lump becomes larger and tender closer to menstruation, and it often self-resolves once the period has ended.  Medical history is unremarkable, she takes no medication, and she has not had any recent trauma. Family history is positive for breast cancer in her mother at age 60. Vitals are within normal limits. On physical examination, a nodular lump is present in the upper outer quadrant of the right breast accompanied by diffuse tenderness. No discharge is expressible from either nipple. No lymphadenopathy is noted. Which of the following is the most likely diagnosis? 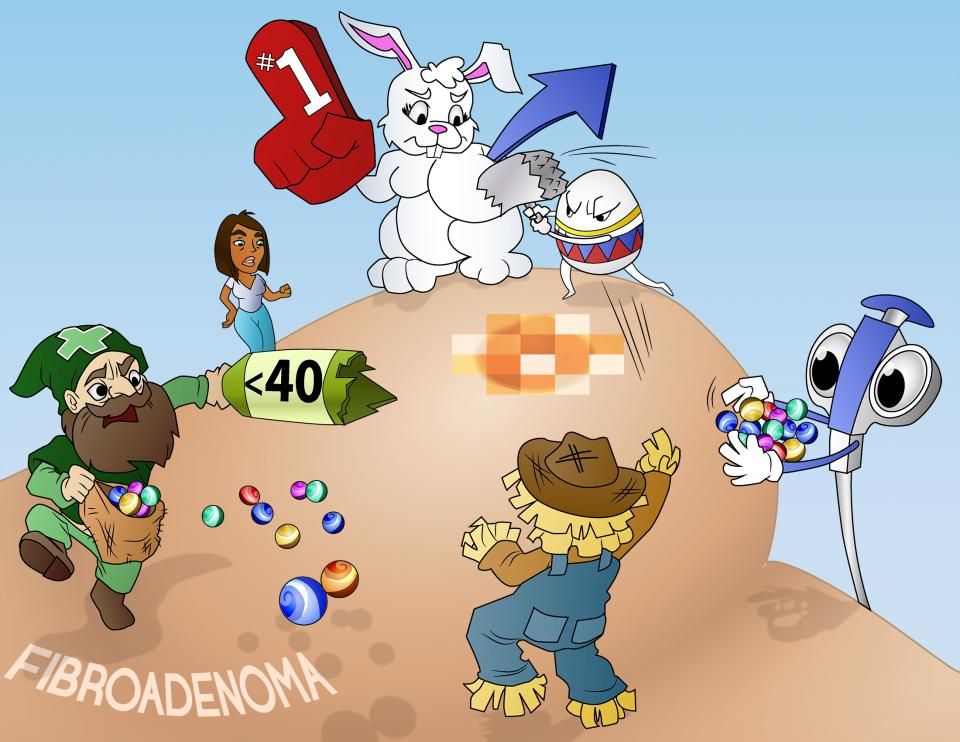 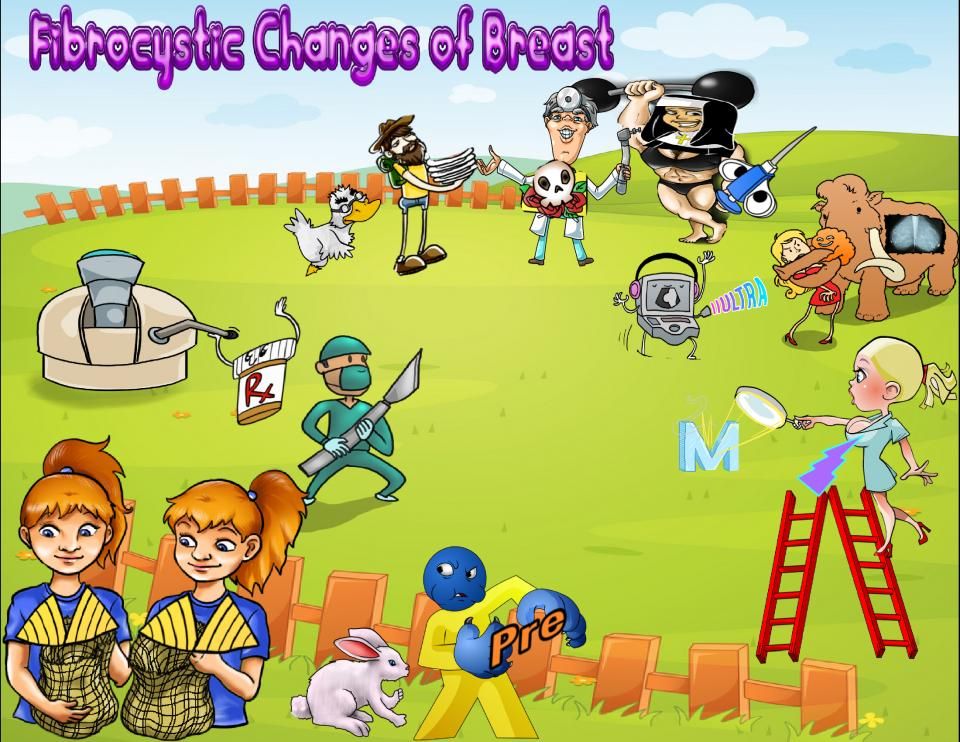 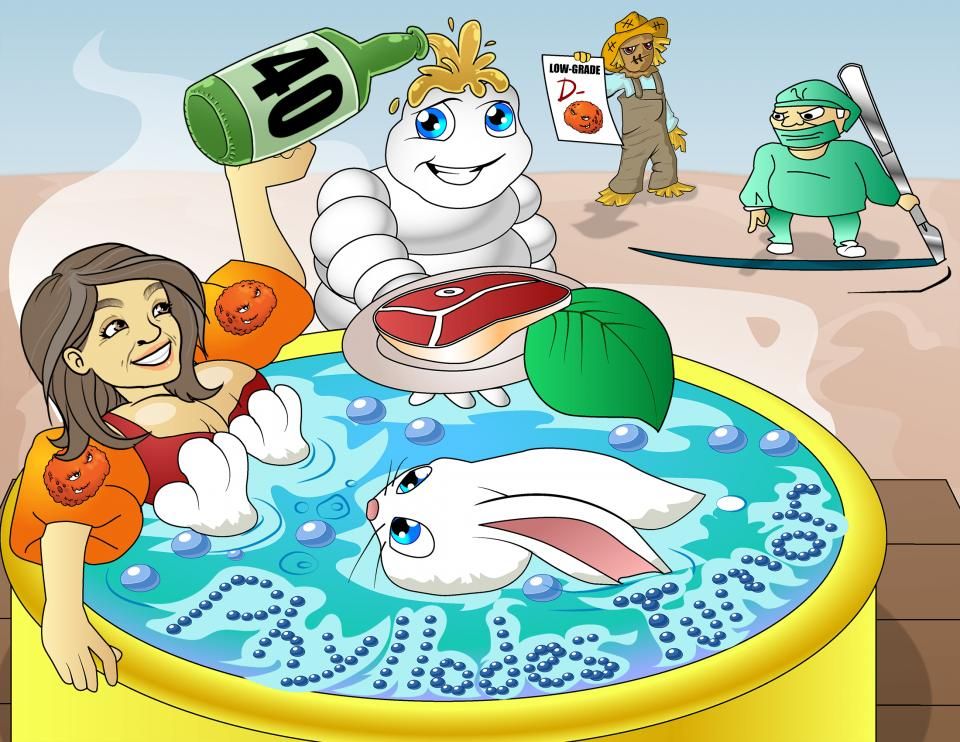 A 40-year-old musician named Anne-Marie comes to the primary care clinic. She mentions that multiple lumps in her breast would come and go at different times during her menstrual cycles. For the past year, she has also experienced premenstrual breast pain in both breasts. On physical exam, multiple lumps were found on the upper, outer quadrant of the right breast. At the same time, Ashley, who is a 32-year-old Rehabilitation Technician, comes to the clinic because of a breast lump that she noticed 8 weeks ago. She reports that a lump seems to become more tender and increase in size during her period. Physical examination shows a palpable, mobile, firm mass in the right upper outer quadrant of the right breast.

At first glance, you’d think Anne-Marie and Ashley both have similar problems, but the fact is, they have different forms of benign breast conditions. Now these include fibrocystic breast changes; benign tumors, such as fibroadenoma, intraductal papilloma, and phyllodes tumor; inflammatory processes, such as fat necrosis and lactational mastitis; and gynecomastia. On your exams, it’s important to differentiate these from possible malignancy based on presentation, history, and other findings.

First, let’s start with fibrocystic breast changes, which are the most common benign lesions of the breast that are typically found in premenopausal women between 20 to 50 years of age. These individuals usually complain about premenstrual breast pain, which is a very high yield fact and the hallmark symptom of this condition; and multiple lumps, which are typically located in the upper lateral quadrant of the breast. But often, these lesions can be bilateral and multifocal. Another high yield fact is that the breast pain and lumps are associated with the phases of the menstrual cycle and cyclic ovarian hormonal stimulation. Fibrocystic breast changes can include simple cysts, which are dilated and fluid-filled ducts; papillary apocrine change or metaplasia; and stromal fibrosis. Now cysts in fibrocystic breast changes can be clear or blue-domed, due to a light yellow fluid that gives the cyst a blue color when seen through the surrounding tissue. Remember that fibrocystic breast changes are generally not associated with an increased risk of breast cancer, but there are two subtypes of this condition that are linked with a slightly increased risk for cancer. The first one is sclerosing adenosis, which is the subtype characterized by calcifications and proliferation of small ductules and acini in the lobules. The second one is epithelial hyperplasia of cells in terminal ducts and lobular epithelium, which is associated with an increased risk of breast cancer only if there’s a presence of atypical cells. Either way, you should always order mammography to rule out malignant disease in these individuals. Finally, the mainstay of the management of fibrocystic breast changes is conservative treatment, while iodine supplementation is thought to be of benefit in some individuals with this condition.

Now let’s focus on benign breast tumors! First, there are fibroadenomas, which are the most common breast tumors. They arise from the periductal stromal tissue and are typically seen in premenopausal women, under 35 years of age. Fibroadenomas are usually asymptomatic and they are discovered on screening exams. On your exam, you should suspect fibroadenoma in a young woman with a small, well-defined, spherical, painless, mobile breast mass. Moreover, it’s so mobile that is often referred to as the breast “mouse”. On the other hand, in older women, the tumor is usually identified as a mammographic density with possible calcifications. Generally, these tumors are solitary lesions, but some individuals can present with multiple fibroadenomas, which can occur in both breasts. Histologically, fibroadenoma of the breast is characterized by an overgrowth of cellular, and often myxoid stroma that surrounds and occasionally compresses epithelium-lined glandular and cystic spaces. As women age, stroma becomes more hyalinized, while the glandular epithelium atrophies. These tumors can range in size from 1 to more than 10 centimeters. A high yield fact to remember is that due to their estrogen sensitivity, they can increase in size and tenderness during the luteal phase of the menstrual cycle and lactation. Individuals with fibroadenoma are usually not at risk for developing breast cancer, but they should undergo mammography and ultrasound to exclude malignancy. Therapy is often unnecessary because these tumors typically regress with menopause; so the mainstay of the management is observation and reassurance. On the other hand, some individuals can undergo cryoablation, which is a noninvasive method of treatment that utilizes low temperature to decrease the size of the tumor.