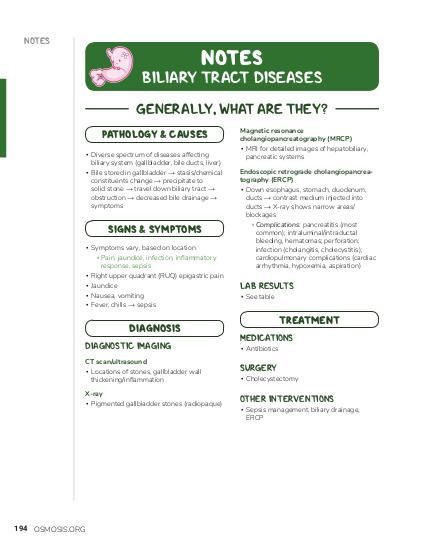 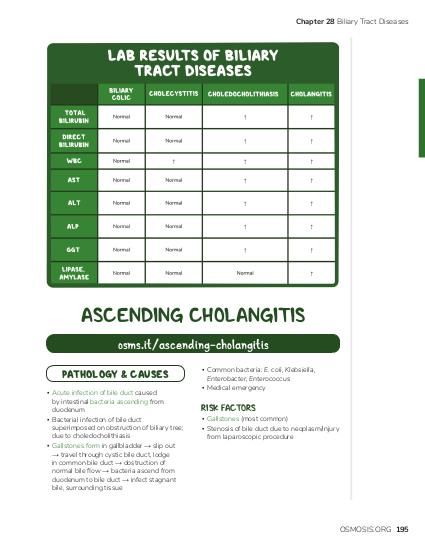 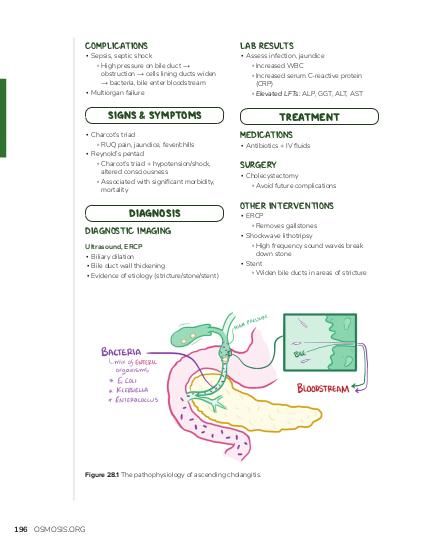 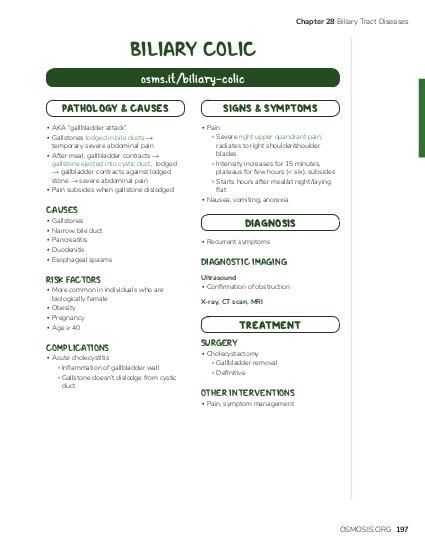 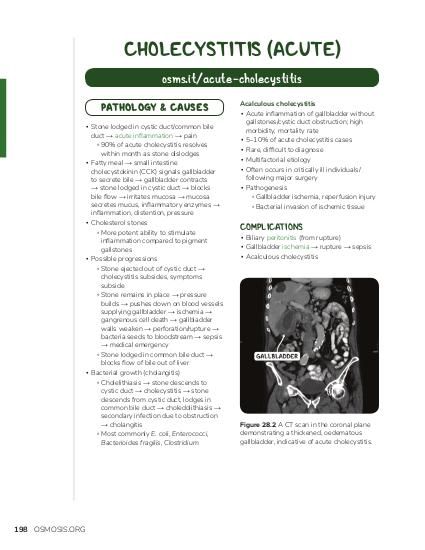 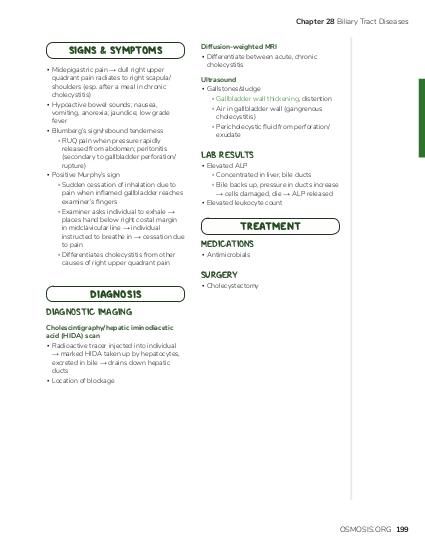 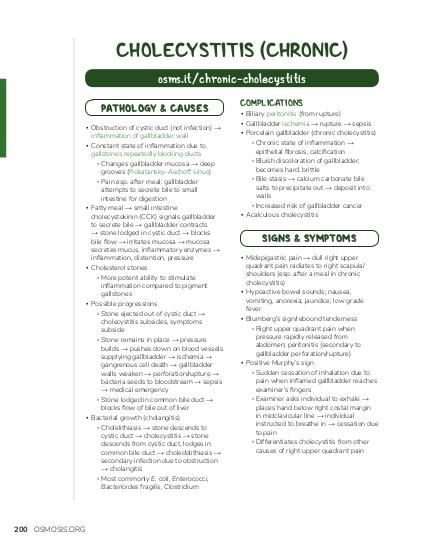 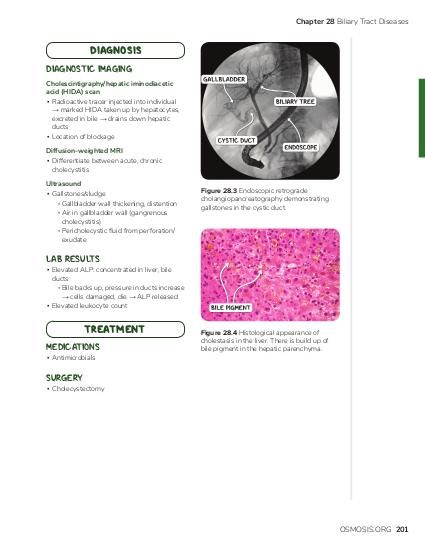 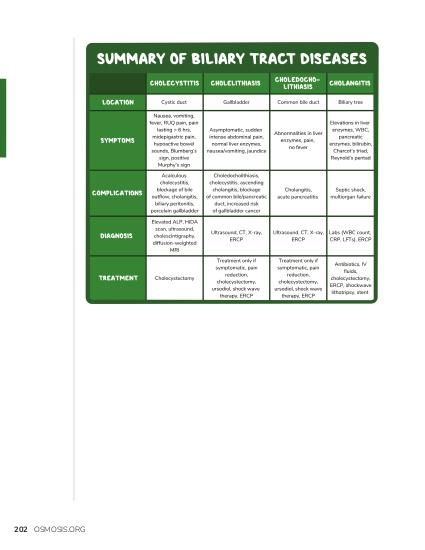 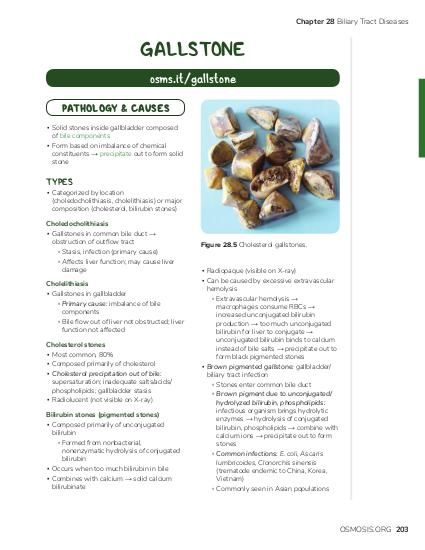 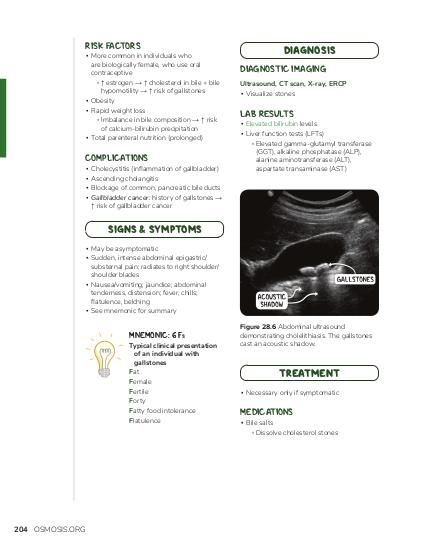 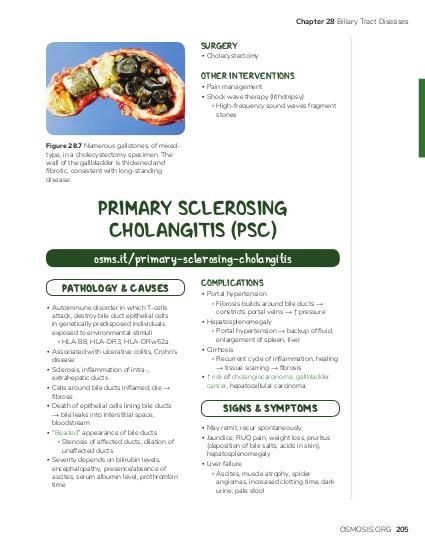 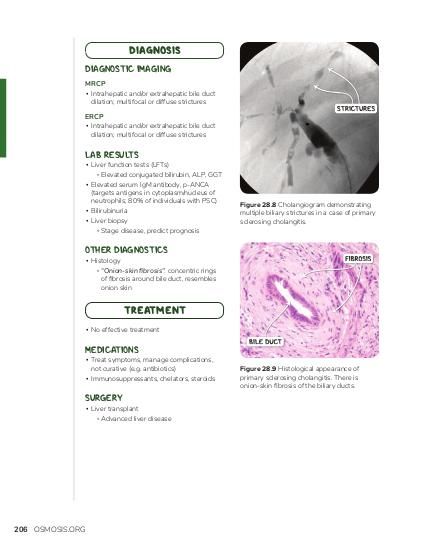 Sometimes this is also called a “gallbladder attack” because it can come on pretty quick.

When you eat foods that’re high in fat, like delicious french fries, they make their way to the small intestine, and the fatty acids in the fries stimulate cells which are the enteroendocrine cells or hormone secreting cells of the intestine.

These cells secrete cholecystokinin (also called CCK) into the bloodstream, and those hormones make their way to the gallbladder and tell it to squeeze.

Meanwhile CCK relaxes the sphincter of Oddi so that the bile can make its way to the duodenum.

Now, bile’s a fat emulsifier, essentially helping to break fats or lipids into small “micelles”, and then pancreatic lipase gets in there and helps with break it down into even smaller molecules, which can then be absorbed by the villi of the small intestine.

Now, some people develop gallstones, which are hard stones that form in the gallbladder and are made up of the components of bile.

Now, after having a meal, that gallbladder might contract and eject the gallstone into the cystic duct, where it gets lodged.