A 23-year-old woman, gravida 2, para 1, comes to her obstetrician for a routine checkup. She has been followed closely throughout her pregnancy and received excellent prenatal care. Physical exam shows a healthy woman at 28 weeks gestation. Ultrasound exam shows a healthy fetus. Her past medical history is unremarkable. Laboratory studies show her white cell count has been rising normally over the course of her pregnancy. Her plasma volume, red cell volume, and total blood volume over are plotted on the graph below. Which of the following best describes the results of her blood work? 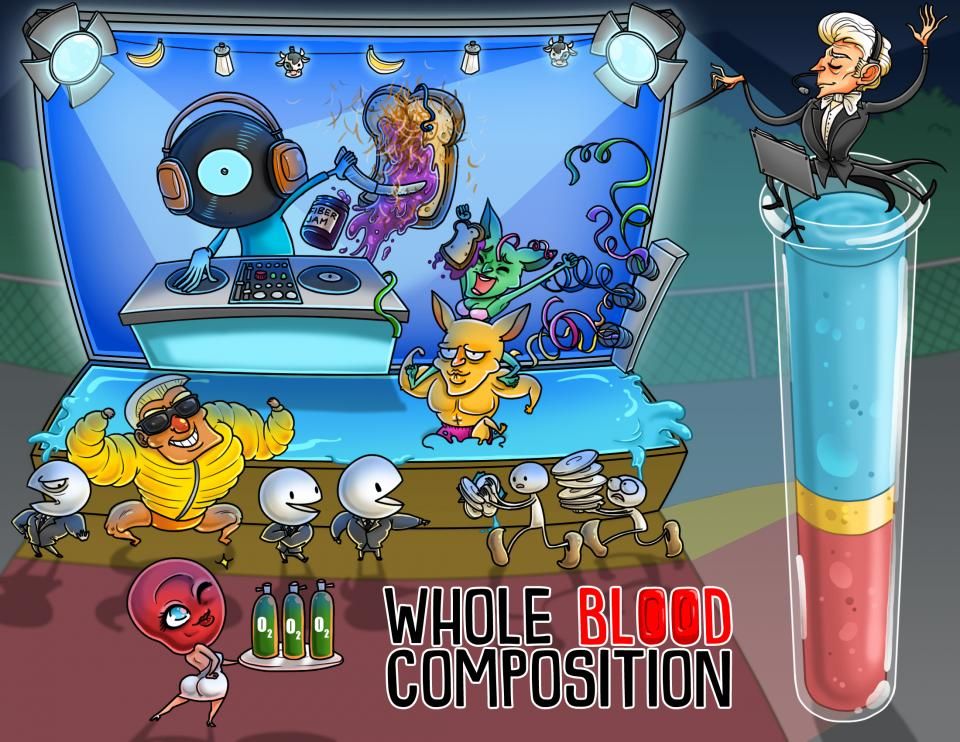 The word “blood” evokes lots of thoughts - from tiny paper cuts to major injuries - spilling the red liquid is almost never a good thing. That’s because

blood helps us move nutrients and waste around the body, regulate our pH level, and helps prevent infections.

In fact, some components of blood help prevent the loss of blood during an injury.

The components of blood can be separated out by simply spinning the blood in a centrifuge-- a machine that whips a vial of blood in a circle over and over, really quickly. A bit like what happens to clothes in a washing machine.

So starting at the bottom of the tube, there’s the large layer that takes up approximately 45% of the total blood volume made up of erythrocytes. This value is called the hematocrit.

A decreased hematocrit means that there are too few erythrocytes, either because they’re not being made or because they are being destroyed.

On the other hand, an increased hematocrit can be due to dehydration, because if there’s less liquid in the blood, then the portion taken up by erythrocytes would rise.

Alternatively, there might simply be too many erythrocytes being made, which can happen in some diseases.

Now, the main function of erythrocytes is to carry oxygen to tissues and bring carbon dioxide to the lungs so it can be expired.

Erythrocytes are shaped liked thin biconcave discs--meaning they have a depressed center which makes them flexible enough to fit through even the smallest blood vessels.

Erythrocytes lack organelles like the nucleus, which creates even more room for hemoglobin proteins which carry oxygen.

The thin white middle layer just above the erythrocytes is called the buffy coat, and it contains platelets and leukocytes, or white blood cells.

This layer generally accounts for less than 1% of the volume of whole blood--with most of the volume being taken up by the leukocytes.

Now, platelets are small pieces that split off of larger cells called megakaryocytes in the bone marrow.

The main role of platelets is to clump together and form a plug that helps seal off a damaged blood vessel and prevent blood loss.

Then there are the leukocytes which are the only complete cells in blood--meaning they have all the usual organelles.

There are lots of different types of leukocytes - and they all help to ward off pathogens like bacteria and viruses, destroy cancerous cells, and neutralize toxins.

Some leukocytes are called granulocytes because they contain tiny sacs called granules that are filled with inflammatory molecules.