Assessments
Bones of the cranium Figure 1: Bones of the cranium A. lateral and B. anterior views.

Figure 2: Anatomy of the maxillary and zygomatic bones, A. anterior and B. lateral views. 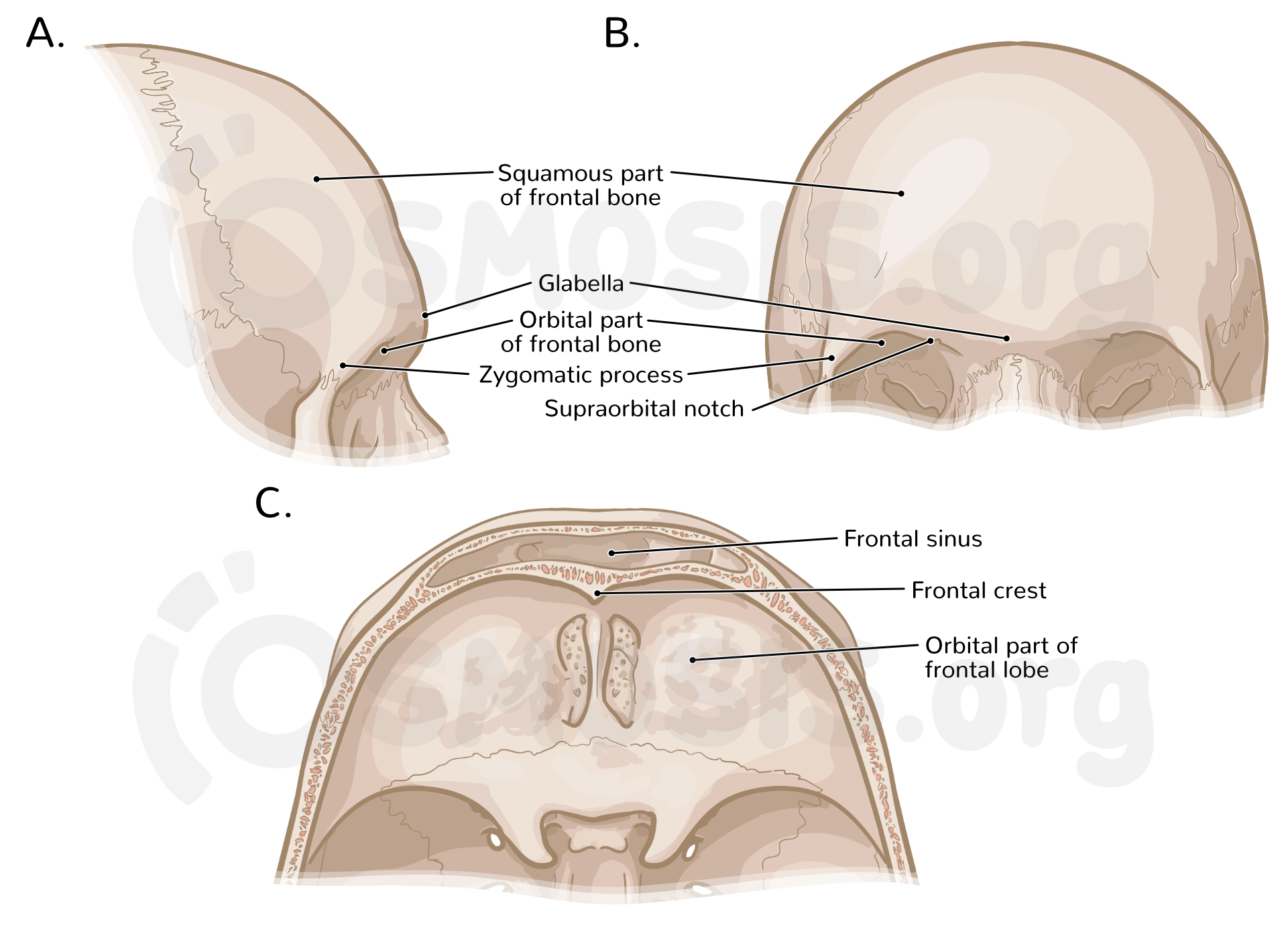 Figure 3: Anatomy of the frontal bone, A. lateral, B. anterior, and C. superior views.

Figure 4: Anatomy of the ethmoid bone, A. anterior view and B. lateral view. 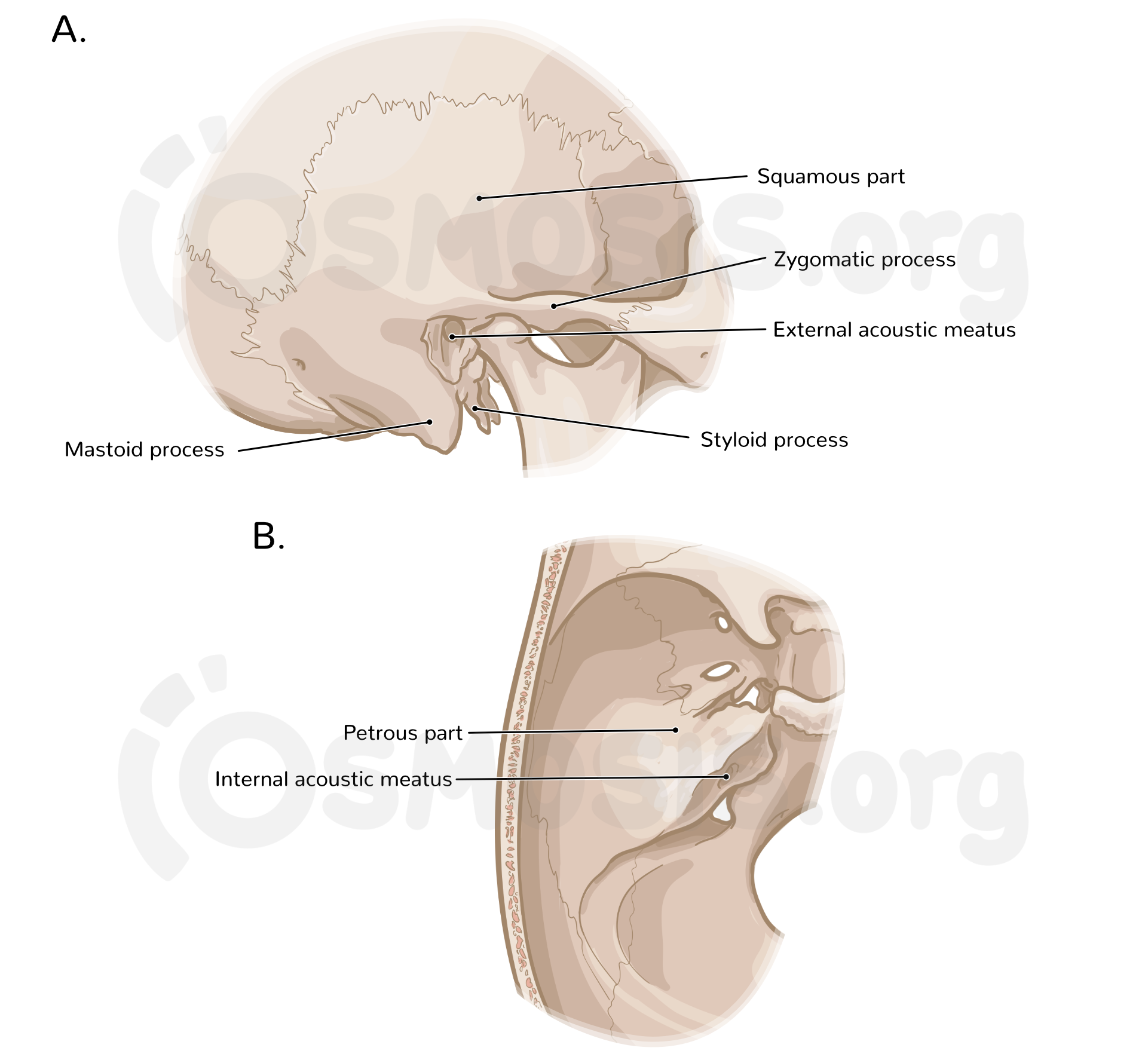 Figure 5: Anatomy of the temporal bone, A. lateral view, and B. superior view. 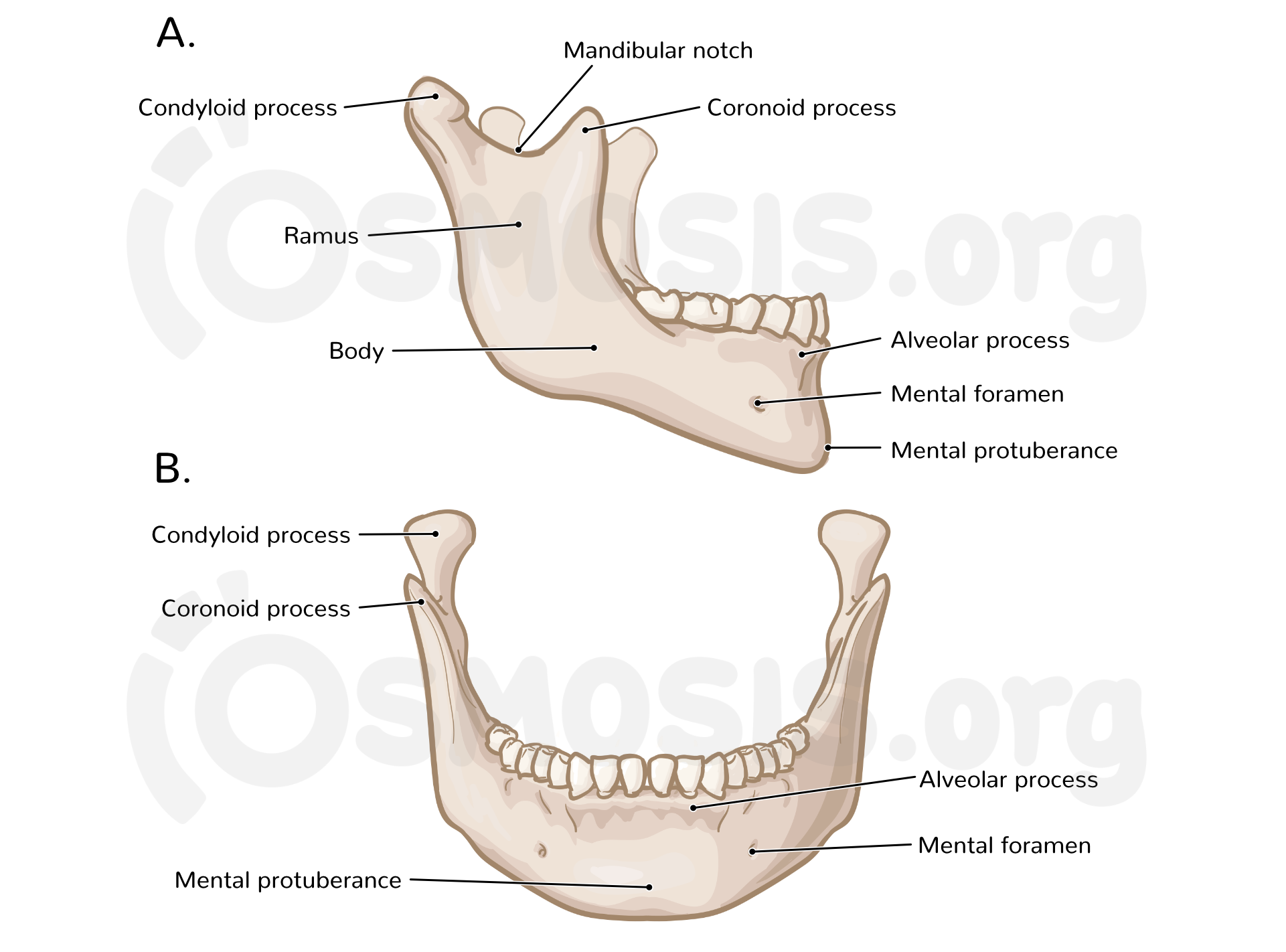 Figure 6: Anatomy of the mandible, A. lateral and B. anterior view. Figure 7: Anatomy of the calvaria, A. lateral and B. superior view. 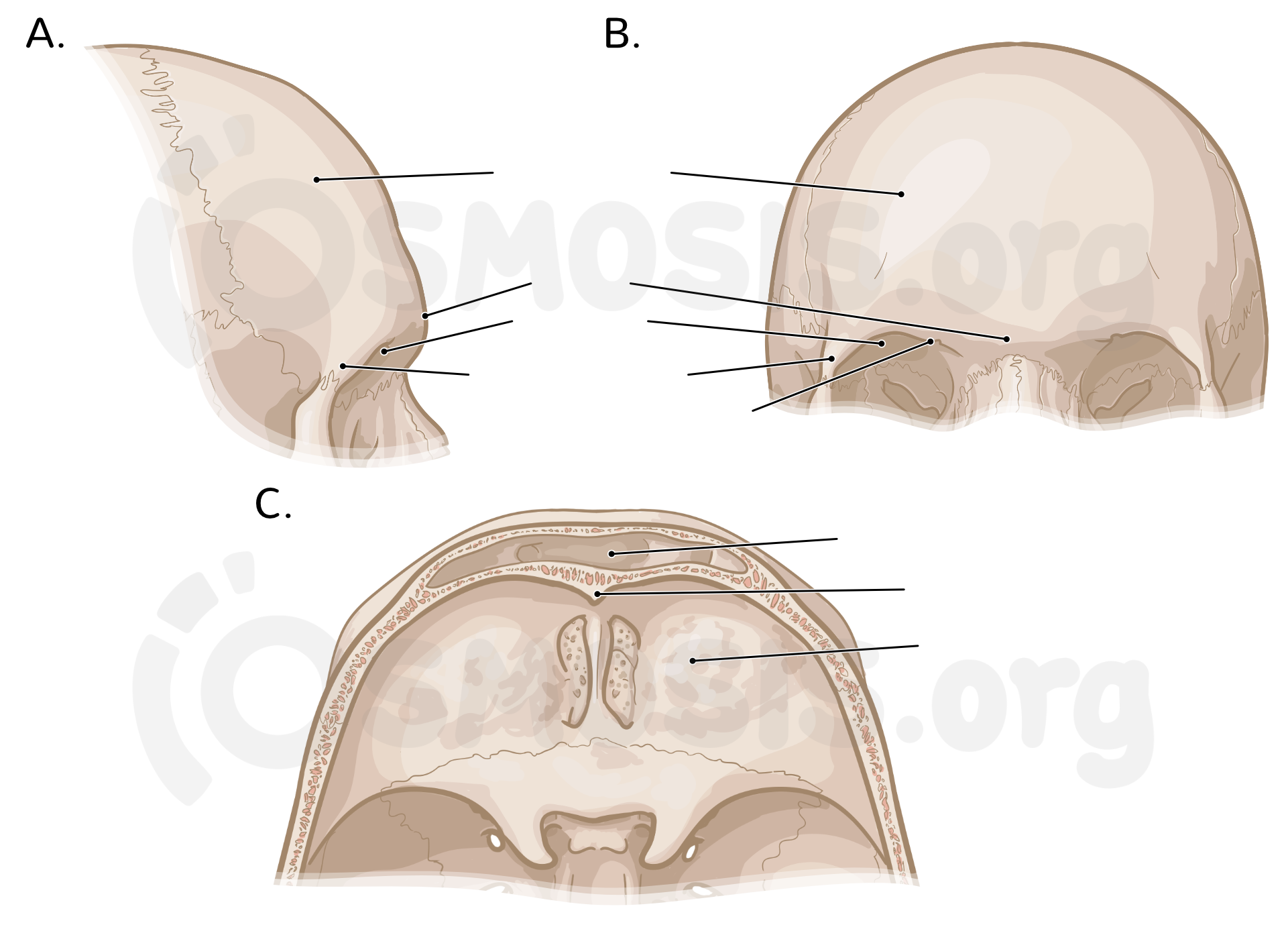 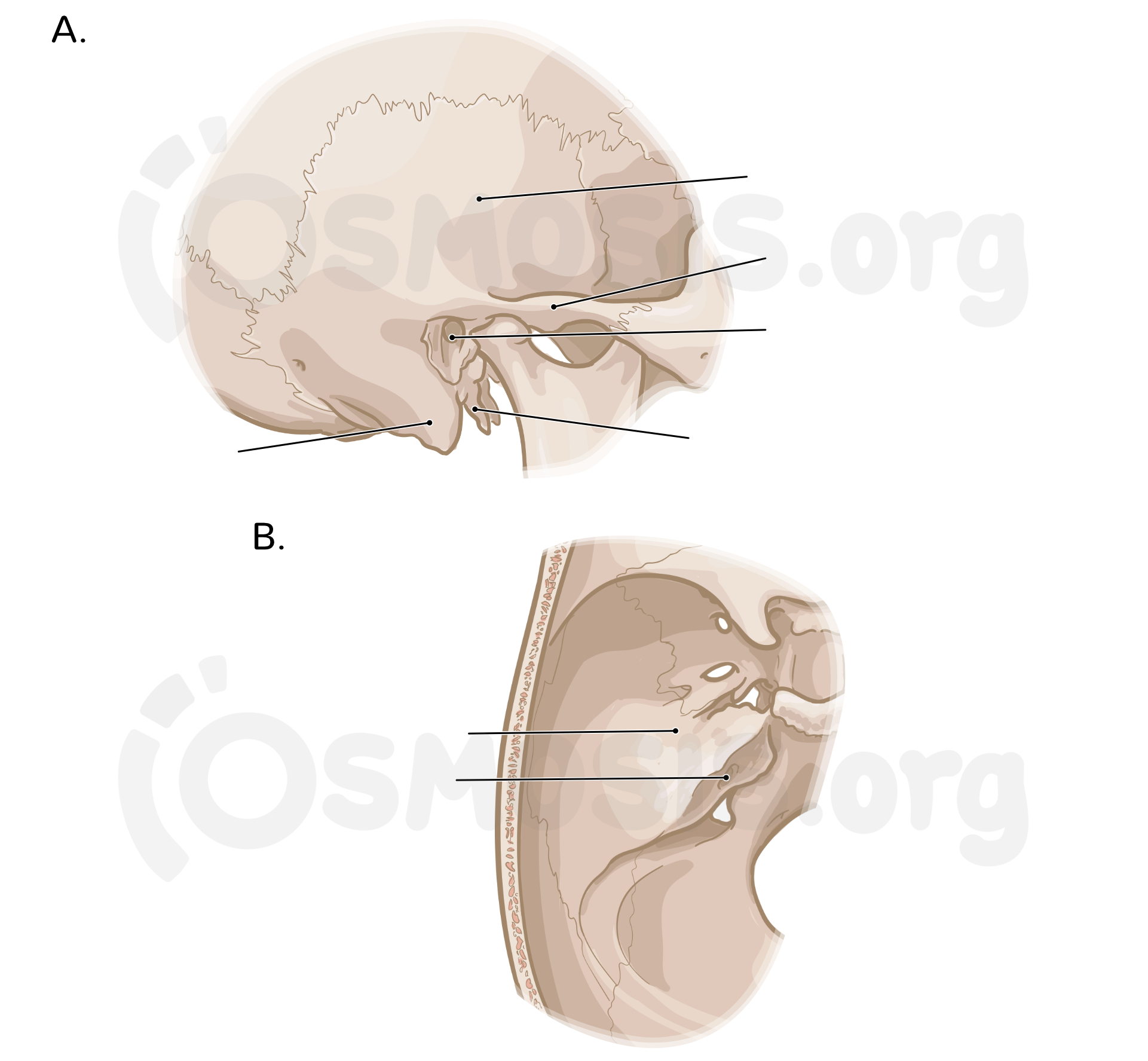 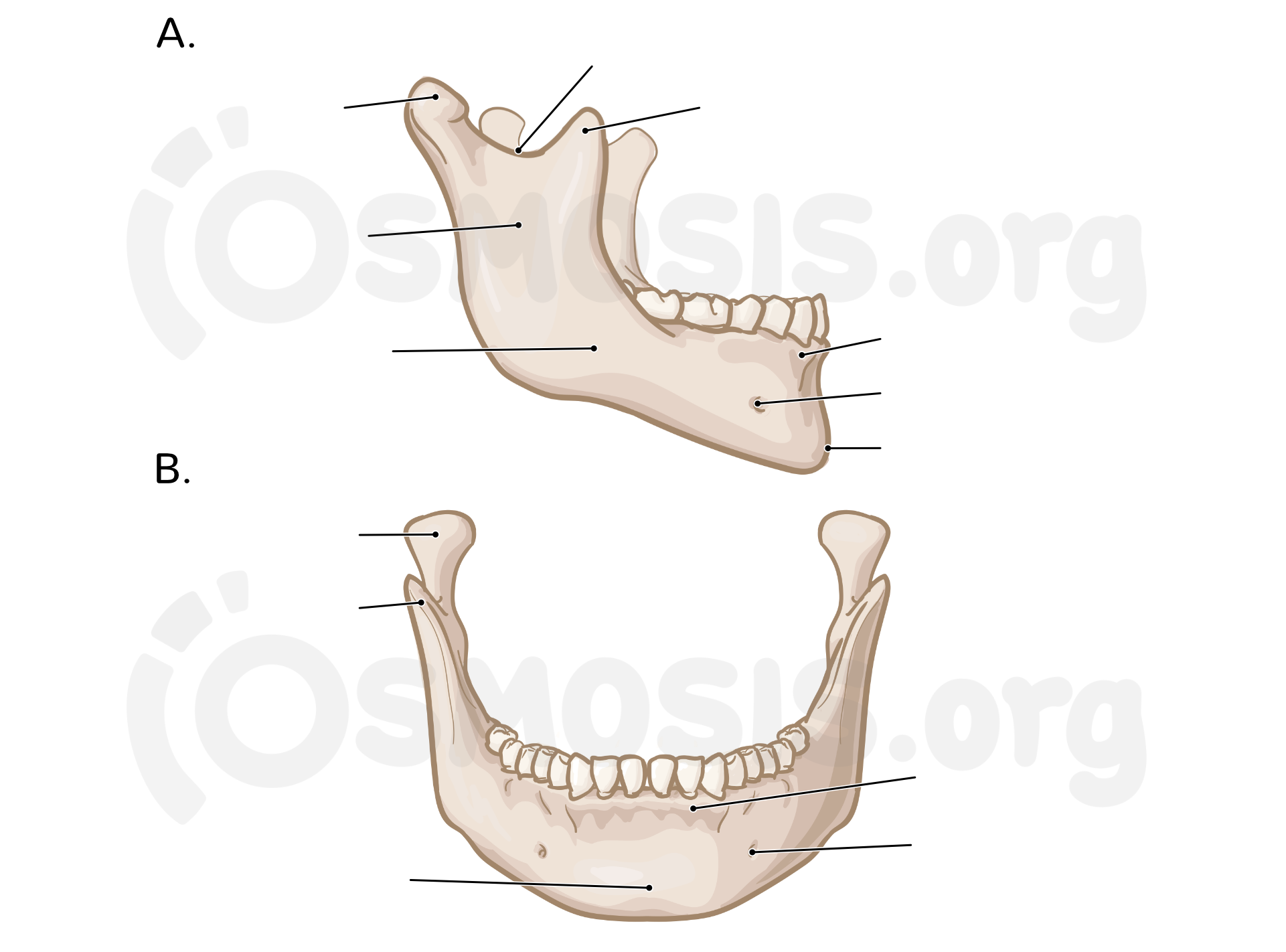 A young patient is being examined for a potential ear infection. The provider uses a scope to inspect the patient’s external acoustic meatus. This structure is part of what skull bone? 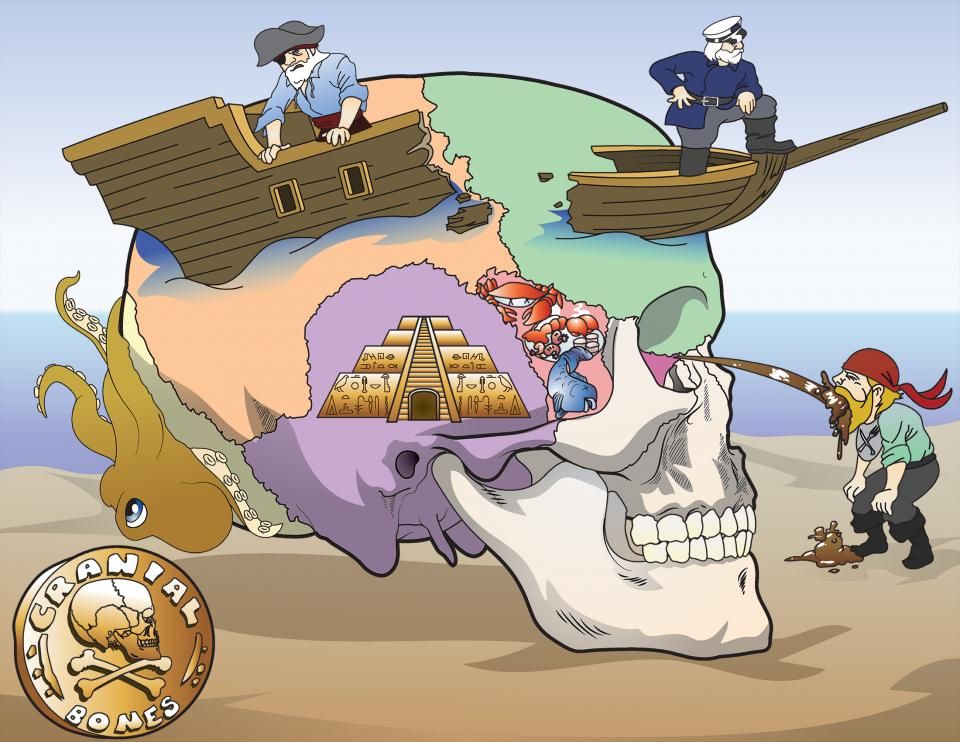 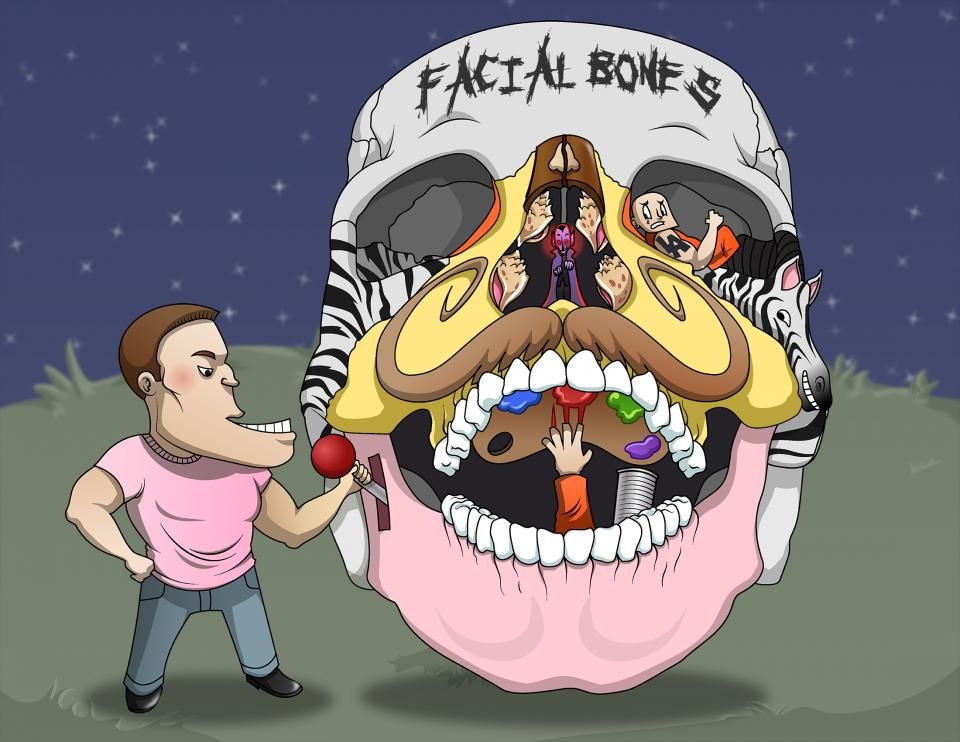 The cranium, or skull, is the bony structure that protects the structures found inside our head, and it’s divided into two parts: the viscerocranium and the neurocranium. Viscera- refers to the organs within the body cavities, so the viscerocranium is the lower and anterior part of the skull that forms the orbits, the nasal cavities, and the oral cavities; in other words, the facial skeleton. Neuro-, on the other hand, refers to the nervous system, so the neurocranium, also called the cranial cavity, is the superior and posterior part of the skull that houses the brain, and its membranous coverings - the cranial meninges - and also blood vessels and the proximal parts of the cranial nerves.

Let’s look at the viscerocranium first, which is actually made up of 15 bones! Only three of them are unpaired bones, and they sit on the midline: the mandible, ethmoid, and vomer; then there are six pairs of paired, symmetrical bones: the maxillae, the inferior nasal conchae, as well as the zygomatic, palatine, nasal, and lacrimal bones. Most of these bones articulate with each other by fibrous - or immovable - joints; except for the mandible, which articulates only with the temporal bones by a synovial - or movable - joint.

Next, the neurocranium is made up of eight bones: the frontal, ethmoid, sphenoid, and occipital bones, which are singular and placed in the midline; then two temporal and two parietal bones, which are bilaterally paired. All these bones articulate by fibrous joints. In addition, the neurocranium can be further divided into the calvaria - or skullcap - and the cranial base, which would be like the roof and the floor of the neurocranium, respectively. The cranial base is where the foramen magnum is found, where the spinal cord is continuous with the brain.

Alright, so let’s get started with the bones of the viscerocranium. If you get face to face with a skull, you'll see the most bones of the viscerocranium. The maxillary bones occupy most of the surface. On each side there are the zygomatic bones, which form the skeleton of the cheek. Medial to the superior part of the maxillary bones, there's the nasal bones, and laterally there's the lacrimal bones. Now, if you look inside the piriform aperture, which is the opening to the nasal cavity, you can see the nasal septum formed by the ethmoid bone superiorly, and the vomer inferiorly. You can also see the middle nasal conchae, which are also part of the ethmoid bone; and the inferior nasal conchae, which are their own separate bones. The most inferior bone of the face is the mandible. The only bones you won't see from this view, are the palatine bones, which are behind the maxillary bones.

Let's begin with the maxillary bones. These are two big irregular bones placed in the middle part of the face that form the upper jaw and help form the boundaries of the orbits, the nasal cavity, and the mouth. They articulate with one another on the midline, at the intermaxillary suture. The inferior border of each bone is called the alveolar process; that consists of a number of cavities, or alveoli, for the upper or maxillary teeth. The anterior border of both bones together form the piriform or nasal aperture. The superior border helps form the lower orbital margin, and the posterior border articulates with the sphenoid to help form the infratemporal fossa. Laterally, the maxilla articulates with the zygomatic bones, and anterior to this articulation and inferior to each orbit there’s the infraorbital foramina, through which the infraorbital nerve and vessels pass. Superior and anteriorly, the maxilla frontal process articulates with the nasal, frontal, and lacrimal bones.

Okay now, moving forward to the unpaired bones, let's take a look at the mandible. It's the bone that forms the lower jaw and results from the union of two bones in the midline at the mandibular symphysis. The mandible consists of two parts: the body, which is horizontal, and a vertical ramus on each side. The angle where each ramus joins the body is called the angle of the mandible, where part of the masseter muscle inserts. The body of the mandible presents the mental protuberance, which defines the shape of our chin. A bit lateral and posterior to the mental protuberance, there’s the mental foramen, a hole through which the mental vessels and nerve pass. The superior border of the body is called the alveolar process that supports the mandibular teeth. The superior border of each ramus has a coronoid process anteriorly, which is thin and triangular, with the mandibular notch posterior to it. The mandibular notch is a concave depression that separates the coronoid process from the condyloid process posterior to it, which is thick and round-shaped, and articulates with the mandibular fossa of the temporal bone to form the temporomandibular joint.