Substantial evidence supports the advantages of breastfeeding over breast milk substitutes (e.g. formula) or early addition of foods. Which of the following statements is most appropriate regarding the recommendations and benefits of breastfeeding? 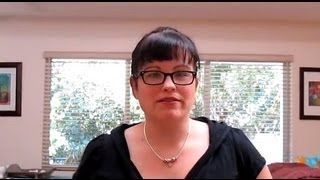 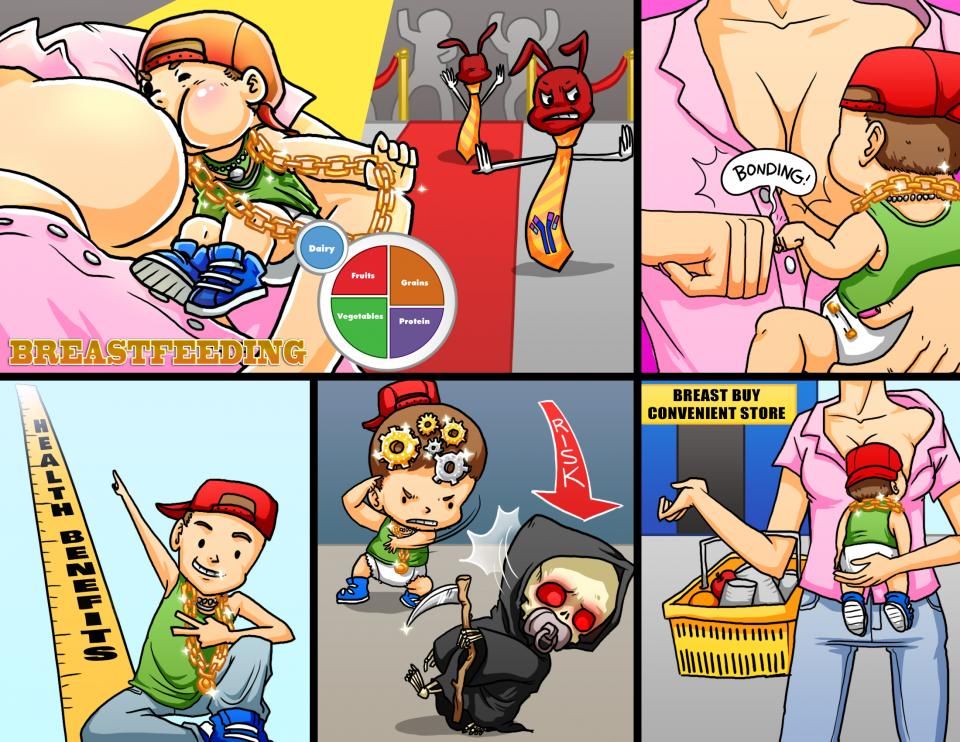 Breast milk is pretty amazing; it has all of the nutrients that a baby needs in the first six months of life. The benefits for the baby are impressive - they include lower rates of allergies, ear and lung infections, obesity, and sudden infant death, as well as healthier weight gain, and other long-term outcomes. That’s compared to infants given cow-milk formula. Moms can benefit from breastfeeding, too. It reduces uterine bleeding, burns calories, and decreases the risk of breast, ovarian, and uterine cancer, as well as osteoporosis, arthritis, type II diabetes, and heart disease. Finally, breastfeeding is free and offers mothers and babies a valuable opportunity to bond from the very first skin-to-skin contact—which should start minutes after birth.

Zooming in on the glandular tissue, there is the alveolus, which is a modified sweat gland made up of alveolar cells which actually make the breast milk. Wrapping around the alveolus are special myoepithelial cells that squeeze down and push the milk out of the alveolus, down the lactiferous ducts, and out one of the pores on the nipple, at which point it enters the baby’s mouth. When the breasts are full of milk they can get heavy, and there are suspensory ligaments called Cooper’s ligaments which help to hold them up against the chest wall.

During pregnancy the placenta releases human placental lactogen and progesterone, and the anterior pituitary gland releases prolactin, and all three of these hormones stimulate the growth of more glandular tissue and prepare the alveolar cells to produce milk. However, even though the breasts are capable of making milk by mid-pregnancy, the high levels of progesterone associated with pregnancy prevent milk letdown. So during pregnancy, the breasts don’t release milk, except for some occasional leakages from the nipples. Overall, the breasts enlarge, the area around the nipple, called the areola, begins to darken, and the areolar glands, also called Montgomery glands, which look like bumps on the areola, start to produce lipoid fluid which moisturizes the nipple.

Once the baby’s delivered, though, the placenta, or afterbirth is also delivered, so placental progesterone disappears, and milk begins to flow. Initially, though, the breasts don’t actually make milk, they make colostrum, which is a yellowish fluid that’s rich in immune cells and antibodies, but low in fat.

Colostrum coats the baby’s gastrointestinal tract and has a laxative effect, which helps the baby pass the first stool which is called meconium. Within a few days after delivery, the breasts start producing milk which, relative to colostrum, has a much higher fat content.

Breast milk also contains lactose, vitamins, micronutrients, and various proteins, like casein and maternal antibodies. Most importantly it contains secretory IgA, which supplements the baby’s gastrointestinal immune system. The amount of vitamin D in the breastmilk is typically insufficient for bone health, and this is because of the modern, mostly indoor life of newborns, so often supplemental vitamin D is needed.

Now, milk letdown is a conditioned reflex, and it usually starts with a baby latching and sucking on the breast. A good latch is one in which the baby’s mouth is wide open, covering the areola with the lips flanged out, the nipple up against the roof of the mouth, and the baby’s tongue up against the bottom of the areola. Mechanoreceptors in the nipple sense this stimulation and send a signal via intercostal nerves to the dorsal root ganglion, then via the spinal cord to the hypothalamus.