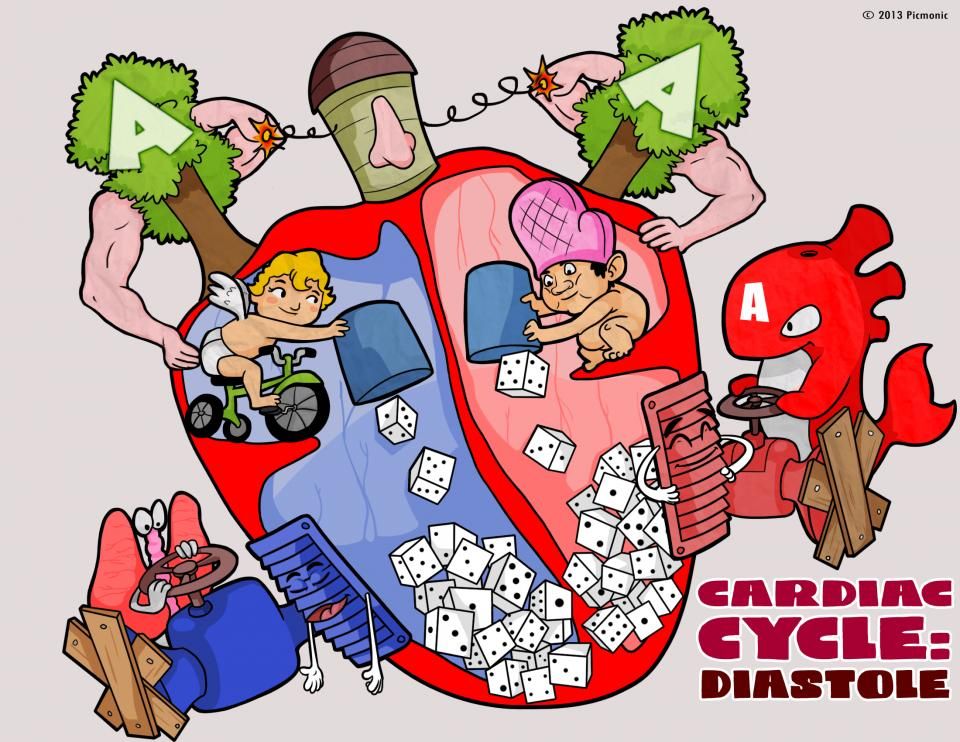 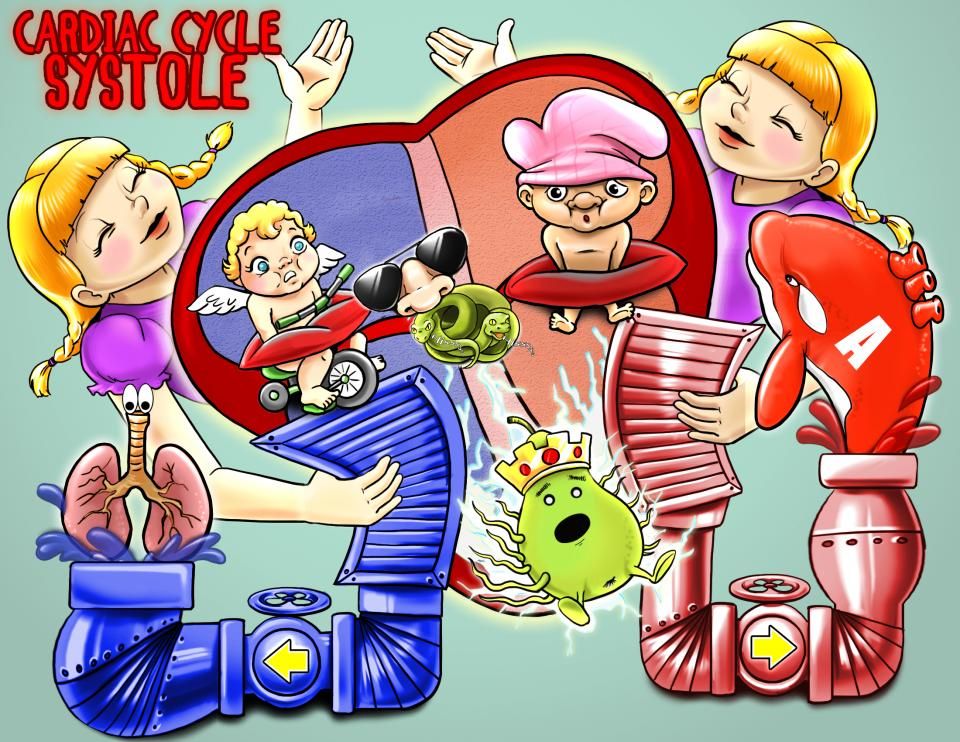 The cardiac cycle is a repeating process by which the heart pumps blood into circulation. It consists of two phases: the diastole (relaxation) phase and the systole (contraction) phase.