Chalazion occur more commonly in the (upper/lower) eyelid because of the presence of more sebaceous glands.

A 40-year-old woman comes to the office because of painless swelling and increased tear production from her right eye. Physical examination shows a firm nodular lesion about one centimeter in diameter on the inside of the lower lid. Which of the following is the most appropriate next step in management? 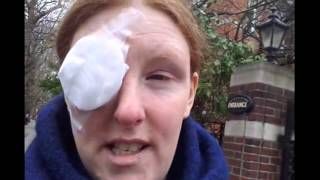