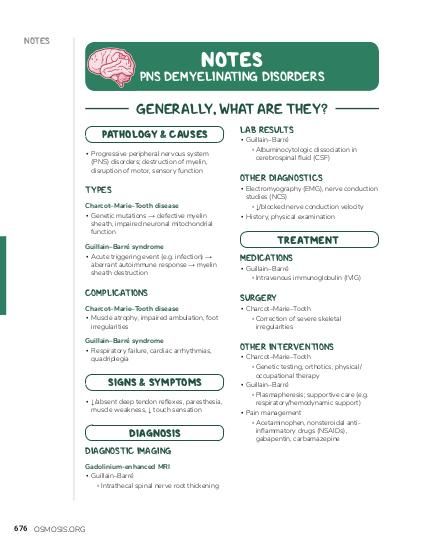 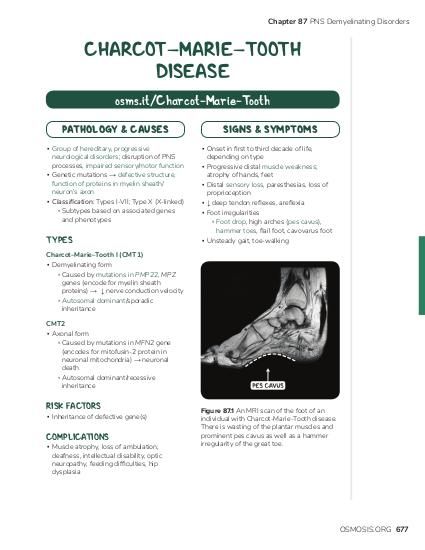 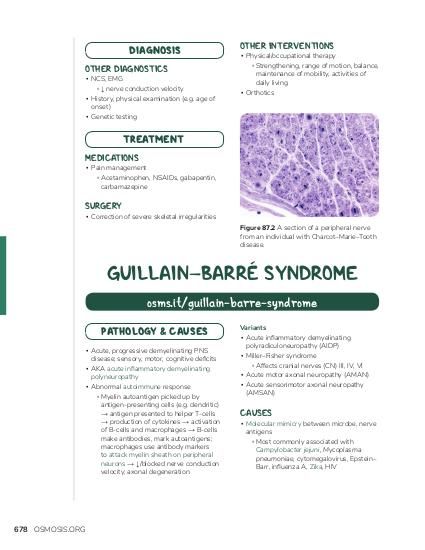 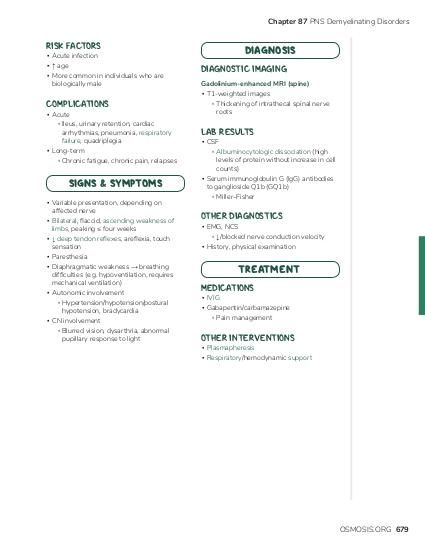 A 16-year-old male comes to the clinic because of frequent falls and difficulty walking. He also finds it harder to write when using a pen or when typing. He complains that his school performance is affected because of this. When you examine him, you notice a peculiar appearance of his foot. His mother had similar symptoms at the age of 17. Which of the following nerve fibers or sensory endings are relatively preserved in this patient? 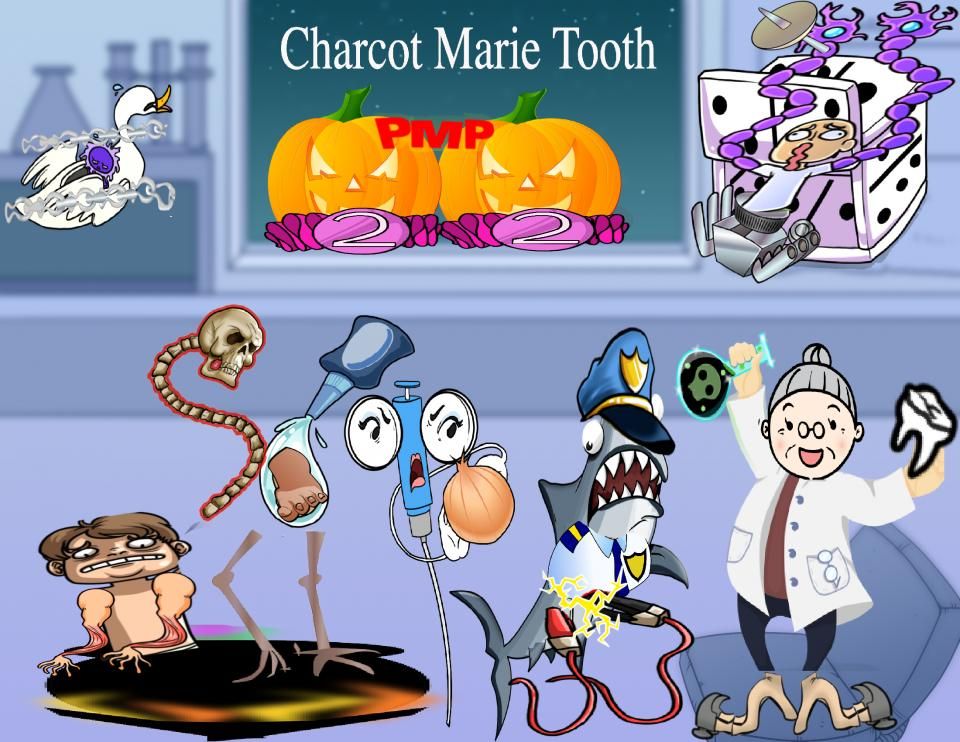 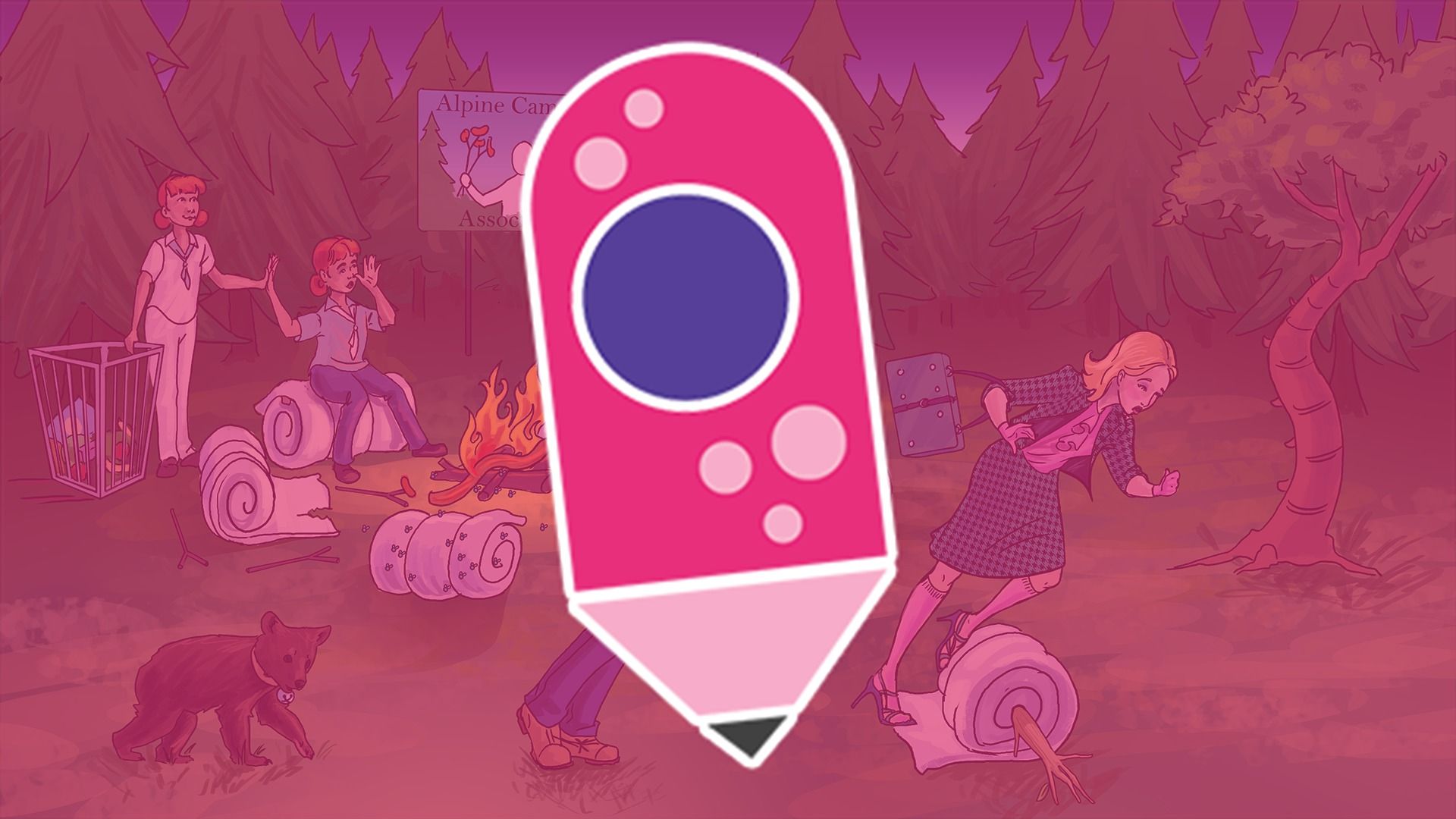 The disease is actually not a single disease, but a group of related diseases that are progressive hereditary disorders of peripheral nervous system.

Said differently, these disorders are inherited, worsen over time, and affect both sensory and motor nerve cells.

Now, zooming in to a neuron, each one is made up of three main parts.

And this myelin is produced by Schwann cells, which are a group of cells that support neurons.

There are multiple forms of Charcot-Marie-Tooth disease and all of them are related to the defective production of proteins in either the myelin sheath or the neuron’s axon.

Regardless of the part of the neuron that’s affected, signals fail to reach their target tissues, and this can affect both sensory and motor peripheral neurons.

The most common forms of Charcot-Marie-Tooth disease are CMT1 and CMT2, both of which are autosomal dominant diseases.

CM T1 is caused by mutations in the PMP22 and MPZ genes, which encode proteins that are part of the myelin sheath made by the Schwann cells.

Loss of myelin slows down transmission of electrical impulses through the nerves.

Over time, Schwann cells try to replace the lost myelin.

As a result, under a microscope, there’s often onion bulb formation, which is when an axon is surrounded by layers of new myelin with underlying damaged layers of myelin.